Fishing can be intimidating to new anglers
Jeff Knapp photo

The inline spinner, which took this early-spring brown trout, is just one of many lure options for trout.

While few bright spots have emerged from the COVID-19 pandemic, one of them has been a surge in angling interest, an outdoor activity deemed relatively safe by health officials. While the situation likely coaxed back former anglers whose interest had lapsed, it undoubtedly ushered in folks new to the sport. Lacking experience and direction, chances are such rookies did much more fishing than catching.

For someone new to the sport, trout angling included, things can be quite intimidating. From tackle selection, how to use such, what types of water to fish, the task can be overwhelming. Whether you’re a relative newcomer to trout fishing, or just shaking off the rust prior to another spring on the streams, chances are you’ll benefit from some insight regarding early spring bait and lure selections for trout.

LIVE BAIT: Though there exists a plethora of artificial options comprised of fur, feather, metal, plastic and combinations thereof, live bait continues to excel at taking stream trout. This is doubly true during the early season when streams often run high and off color, when finicky trout are more likely to respond to the real thing. Red worms, mealworms, waxworms, nightcrawlers and minnows are all common live bait options.

Typically, live bait is fished with a spinning rod, most often open-faced spinning, but close-faced spincasting will work. All the “worm” options can be fished on a simple rig consisting of a bait hook and whatever split shot is needed to keep it near the bottom. Match the hook to the size of the bait. Red worms, mealworms and waxworms are all small, making a size 10 Octopus-style bait hook appropriate. With a red worm I like to hook it once through the collar, then one more time toward the tail. This way it can wiggle naturally in the water. Since waxworms and mealworms are smaller it’s okay to stack two or three on the hook. Nightcrawlers can be a bit big for the average stocked trout, but if you pinch off its head the size is right. Rig it like the redworm but on a larger hook, size 8.

All these live bait choices should be fished in a cross-stream manner that allows the rig to drift naturally with the current. BB-sized split shot pinched a foot to 18 inches above the hook provides the weight needed to cast the offering and to keep it down where the trout are most of the time, near the bottom. There should be enough weight so that it ticks bottom occasionally on the drift, but not so much that it’s consistently snagged. Removable split shot features ears that make removing it convenient, so you add or remove shot as needed as you fish various depth/current areas.

Trout bites on worms typically consist of a series of light taps, ones that feel more livelier than the shot ticking bottom. Give the trout just a moment to ensure it’s eaten the bait and then set the hook.

Minnows, such as small to medium-sized fathead or shiner minnows are typically threaded. The typical thread rig will start off with a small swivel on the terminal end of the line. Then a two-foot piece of monofilament is folded in half, its two ends tied to the other end of the swivel creating a one-foot loop. The loop is hooked to a special threading needle that’s run down the mouth of the minnow and out its vent. The loop is then run through the eye of a size 8 or 10 double or treble hook and attached to the hook via a girth hitch. Once secure, the loop line is pulled back up through the minnow so the hook rests against its underside.

Threaded minnows can be more of a chore to rig than worms, but they can be deadly. Whereas the worm offerings are drifted naturally the minnow rig is more active. It’s also cast cross-current, but then retrieved slowly to give the bait a swimming action that few trout can resist. Minnow rigs should also be weighted with split shot to keep the offering down in the water column.

A final word of caution relating to live bait: Be sure its use is legal on the waters you intend to fish. Since live bait has greater potential to deep hook fish it is prohibited in some waters, particularly on ones that require the releasing of fish.

SPINNING HARDWARE: Spinners, spoons, even small minnow-imitating crankbaits all can excel in the taking of stream trout. Years ago, I felt the use of such was more appropriate later in the spring once the water warmed and the trout more active. But having taken many trout during the winter months on spinners I no longer do so.

Classic examples of spinners include the Mepps Aglia, Worden Rooster Tail and Panther Martin. Sizes in the 1/16- to 1/8-ounce range (commonly classified in the size 0 to size 2 but many makers) are right for most situations, depending on depth and current. Spinners can be line twisters so consider using a small swivel-snap to attach the lure which will minimize this.

Small spoons like Acme’s 1/8-ounce Sidewinder are great trout lures and largely overlooked. The same can be said for small minnowbaits like Rapala’s X-Rap in size 4 and 6.

Like the threaded minnow, spinning hardware is fished with cross current casts that swim the bait back to the angler as the lure swims along. The flash and vibration produced by lures of this type often inspire a reaction strike from trout, as opposed to the feeding strike of live bait.

FLY-FISHING: Inclusion of fly fishing in a story geared toward basic early season trout fishing might not seem appropriate, but it is. Especially when considering easy-to-fish patterns such as Woolly Buggers and soft hackle wet flies. Both can be fished essentially like redworms, that is cast cross current and allowed to drift naturally downstream. A mend in the line — where you flip the floating fly line upstream, so it doesn’t get ahead of the fly and drag it along — is often needed to keep the fly moving naturally.

Many takes occur when “swinging” Woolly Buggers and soft hackles comes at the end of the drift, during which time the fly stops drifting and slowly rises toward the surface, a movement that often triggers strikes, ones you won’t miss.

One of the largest coyote hunts in the country will be held this weekend by the Mosquito Creek Sportsmen Club in Frenchville, Pa.

This hunt is celebrating its 30th year and has become a popular wintertime activity for many. Cash prizes are awarded for each coyote harvested with emphasis placed on the heaviest three and heaviest female.

Hunters have one last chance to enter the hunt at the clubhouse on the 18th from noon until 11:59. Last year the first-prize coyote and heaviest female each paid out nearly $10,000.

A variety of wintry precipitation this month has rendered many of the no winter maintenance roads all but impossible. Simply finding a place to pull off the road can be difficult and is best when done with some strategy.

Often I will back slightly uphill off the road, that way if traction is lost, the ruts made and vehicle pointing downhill allow for a better chance of escape.

When traversing the less desirable roadways, it is a nice piece of mind to have some recovery gear on hand if needed. A metal shovel that is capable of digging through ice at times can be all that is needed to escape a snow drift.

Chain, straps or tow rope should be on hand as the chances of a passerby having such gear is slim. Extra clothing should be in the vehicle along with some food and water as these types of roadways see little traffic at this time of year. Quite often, cellphone service can be spotty in the remote areas where the roads deteriorate making a bad situation worse. It is best to be equipped to get yourself unstuck as it could be hours before someone can be contacted. Despite the hazards involved in enjoying the remote sections of the state, with some caution and preparation,it is still possible.

Deer enthusiasts are just beginning to find the first shed antlers of the year, although the better hunting will come in March.

Now is the perfect time to locate where deer are focusing their feeding efforts.

Spotting buck with antlers still intact is another advantage to scouting the herds movements. Finding a buck will make finding a shed antler or perhaps even a matched set much more achievable.

Once a wintertime food source is found, a shed hunter will have good chances of returning when the snow is gone and finding a few antlers. Quite often the wind will expose the ground or significantly reduce the snow depth on the high spots in an agricultural field. Exploring a feeding area should be done during midday so as to not stress the deer or push them away from the food source.

Tracks and pawed away snow will indicate where the deer are focusing the majority of their time. The current snow conditions are hard on all wildlife and unnecessary disturbance should be avoided if possible.

The current ammunition shortage is saddening, yet from what I have seen, there are still plenty of turkey loads available for the upcoming season.

Checking your inventory of ammo now, should allow time to obtain a few boxes of shotgun shells if needed.

Patterning a shotgun can teach a hunter much about their weapon, with chokes and loads all performing differently.

For those who do not shoot their shotgun year round, a practice session or two could help fine tune the mechanics, improve accuracy and instill confidence.

Youth hunters should be practicing with dove loads regularly so that they are prepared for the shot this spring. Shooting plastic jugs filled with water, tin cans or rotten fruit will give them a better understanding of the consequences involved with unsafe gun handling. 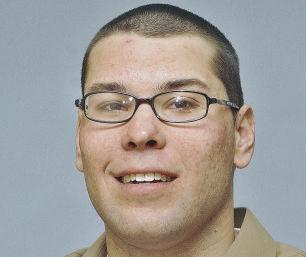 Zeke Wilson writes about the outdoors for The