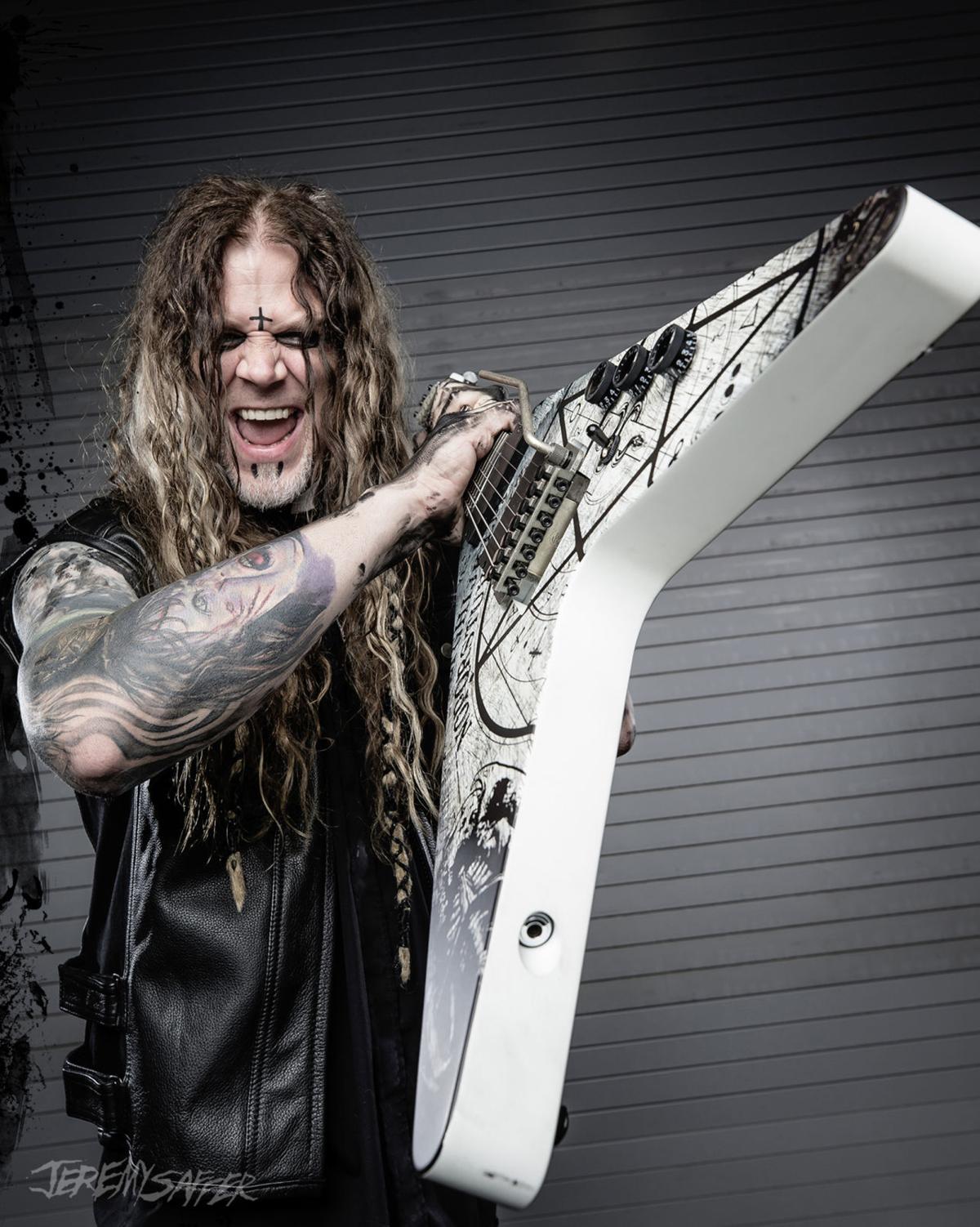 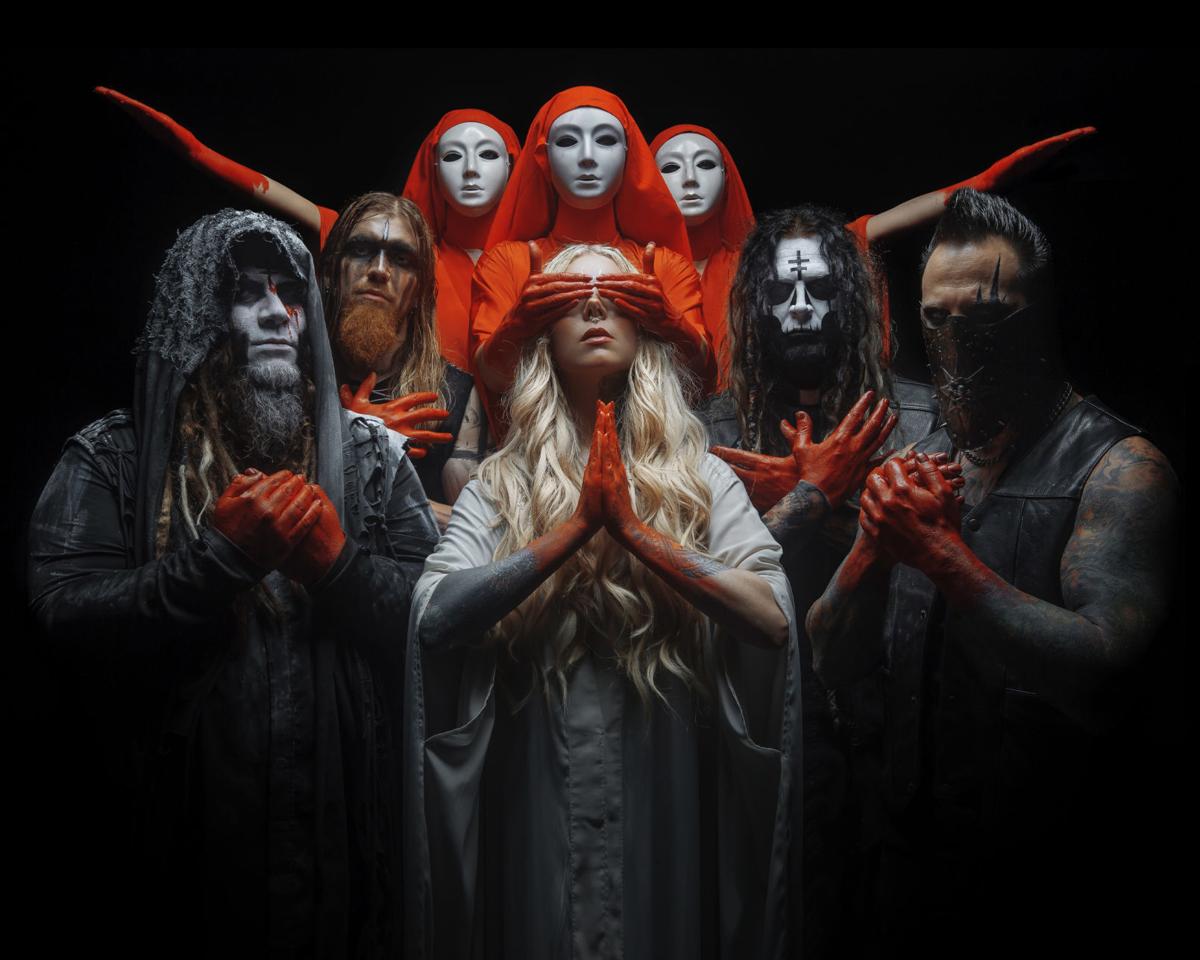 RANDY WEITZEL is shown here with the band In This Moment.

RANDY WEITZEL is shown here with the band In This Moment.

Music has been a staple in Randy Weitzel’s life since the beginning. Growing up in 1970s New Enterprise, Bedford County, he would spend hours in his room, obsessing over the music and theatrics of KISS.

It was the beginning of a journey that recently led him to a Grammy Award nomination.

When he was 14 and his father took a job with Rural Electric Company, Weitzel and his family moved to Home and he started attending Marion Center High School, where he found a community of likeminded music fans.

“There was a huge hard rock and heavy metal culture there,” Weitzel wrote via an email. “Ozzy, Iron Maiden, Judas Priest and DIO shirts were everywhere, and Hit Parader magazines were traded like currency and read in study hall. Those Hit Parader mags were my window into all of my favorite glam bands playing the Sunset Strip in Hollywood. Though I was far from Hollywood at the time, that music is what helped me make friends at my new school.”

The music pervaded Weitzel’s life as he finished high school, spending time hanging out at the Indiana Mall and at Backstreet Records in the Regency Mall. Eventually, Weitzel got a guitar of his own and joined some friends to form the band Advantage. In 1987, the band cut its first studio recording at Complex One Recording Studio along Klondyke Avenue in Indiana.

When Weitzel’s high school years ended, he had become immersed in the thrash music scene, listening to bands like Metallica and Megadeth, heavier in style than the glam rock bands he favored when he was younger. During this time, he was playing music with his own thrash metal band, Phantom Crew. “The music was fast and aggressive, and I absolutely loved it,” Weitzel wrote.

The band rented out space under the bike shop on Philadelphia Street — infamously known as “The Cage” — and would play there every night after the shop closed. In 1989, Weitzel returned to Complex One and recorded a self-titled album and would eventually record “Phantom Crew 2” in 1991.

“One of our first shows in Indiana was at the FOE Eagles Club on Philadelphia Street,” Weitzel wrote. “I remember the owners were really freaked out before the show, not knowing what to expect from a crowd that would come to a thrash show. They kept telling us ‘No moshing!’ We ended up having a great turnout, the show went well, and nothing went wrong that night.”

The band did, however, have some difficulties when they played at IUP, Weitzel wrote.

“We had a song called ‘Roadkill.’ Let’s just say that shenanigans that we had nothing to do with resulted in Phantom Crew being given a lifetime ban from ever playing at IUP again.”

Phantom Crew remained active throughout the 1990s, playing clubs around Pittsburgh, even managing to land some opening gigs for bands such as Over Kill and Fight With Rob Halford, from Judas Priest. During this time, Weitzel began working at The Coney, directly across from The Cage, and would spend nights between both locations. “Life was good!” Weitzel wrote.

Things began slowing down for the band eventually, however, and around that time Weitzel met his wife, who was attending IUP. In August of 2000, after she graduated, the two packed up everything they owned and made their way to Los Angeles to see what the music scene there had to offer.

“When we got to L.A. I hooked up with a heavy band called Flatline. We played all of the famous clubs on the Sunset Strip that I had read about in Hit Parader Magazine back in high school study hall — The World-Famous Whisky a Go Go, The Troubabdor, The Key Club, and so many others. It was such a surreal dream, finally getting to play at the places I had been dreaming about since I was kid.”

While playing around the city, Weitzel began making friends in the scene, including members from a new band called In This Moment. “They were, by far, my favorite band on the scene,” he wrote.

They played a few shows together and toured a few times and, when a guitar position in the band opened up in 2011, Weitzel quickly found himself filling the role.

The band played its first gig on the Shiprocked Cruise, sailing the Atlantic Ocean. The following spring, Weitzel toured with the band in Australia before releasing a new album, “Blood,” that summer. Things continued growing from there.

“In the last decade we have toured non-stop everywhere from the U.S. to Europe to Japan, released three more albums (“Black Widow,” “Ritual,” “Mother”), done a live-performance DVD and 11 music videos,” Weitzel wrote. “And, bringing everything full circle back to the music that shaped me, we recorded a song and music video with Rob Halford that we performed live with him on the Loudwire Awards. I was (also) blessed to design a Schecter Randy Weitzel Signature Guitar that is currently on the market.”

Design is a large part of Weitzel’s role in the band. He is heavily involved with graphic design including merchandise for the band, tour posters, backdrops that are used in stage shows and the live interludes that are played during concerts. He’s also worked on editing for their music videos, tour commercials and helps to engineer a number of songs. What he does for the band is a perfect mix of what it is he loves to do.

“This band is truly the perfect mixture of heaviness and theatrics that I have always loved throughout my musical journey, and I am so lucky to be able to help,” Weitzel wrote.

The band has achieved plenty of recognition. So far the band has had two singles that have been certified as RIAA Gold and has received the distinguished honor of being nominated for a Grammy Award for Best Metal Performance for their song “The In Between.”

According to Weitzel, the morning of the Grammy announcement, he awoke to a string of text messages: “‘everyone freaking out.’ None of us were expecting this, so it took us all by surprise. It’s really great to be recognized for so many years of hard work, and the cliché ‘It’s an honor just to be nominated’ rings more true than I ever could have imagined.”

The nomination is extra special for Weitzel, who co-wrote the song along with the band and producer in 2019 not long after his father had passed away.

“He was the proudest Dad, so I am missing celebrating this with him, making it a bitter sweet moment.”

The honor of nomination, according to Weitzel, is truly for the fans who have always believed in the band and for all of those who have never stopped believing in him.

“I was 41 years old when I joined In This Moment, past the age when some might have said I should have given up and gotten a ‘real’ job. This is a testament to never giving up on your dreams, no matter how old you are, or if those dreams don’t fit into other’s perceptions and expectations of normal. Stay the course. Stay focused and determined. Doors will open and opportunities will present themselves, often when you least expect it. You never know — someday you may be asked to co-write and record a song that gets nominated for a Grammy.”