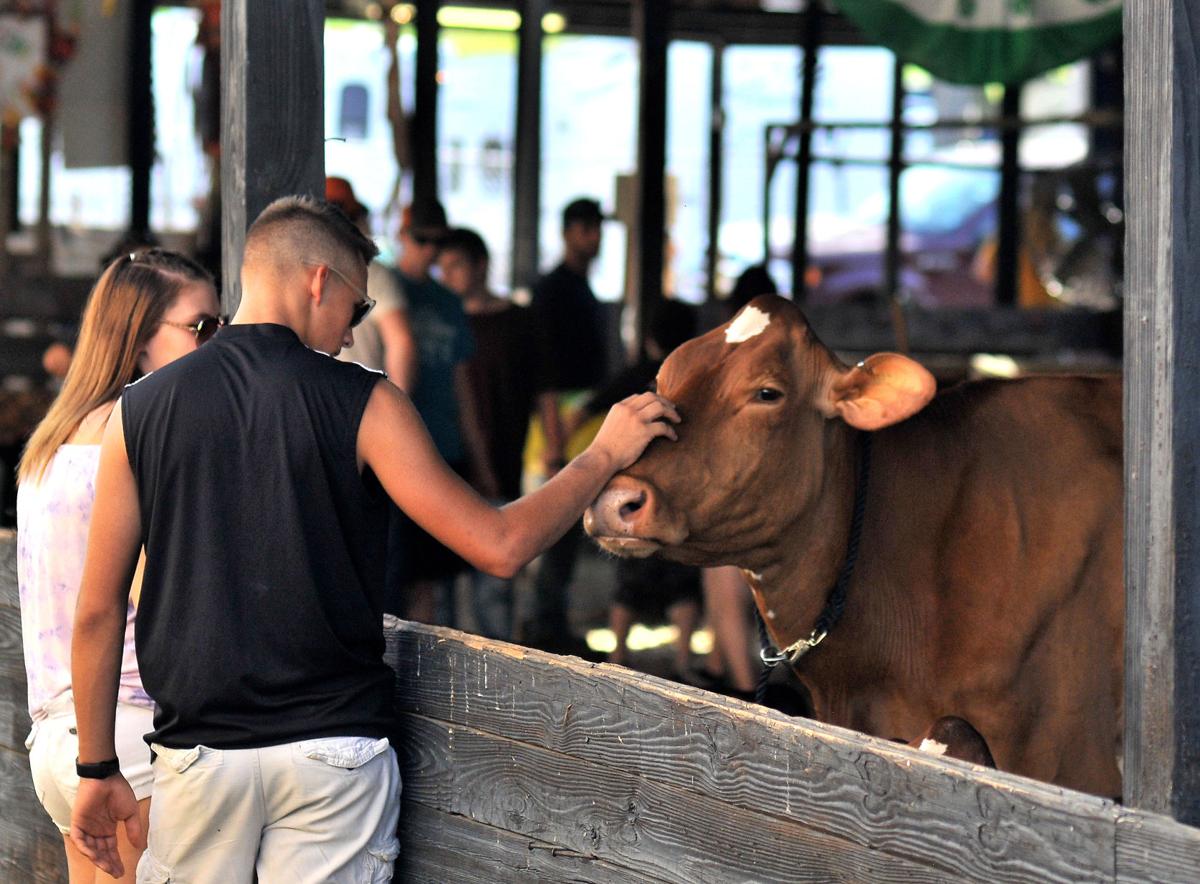 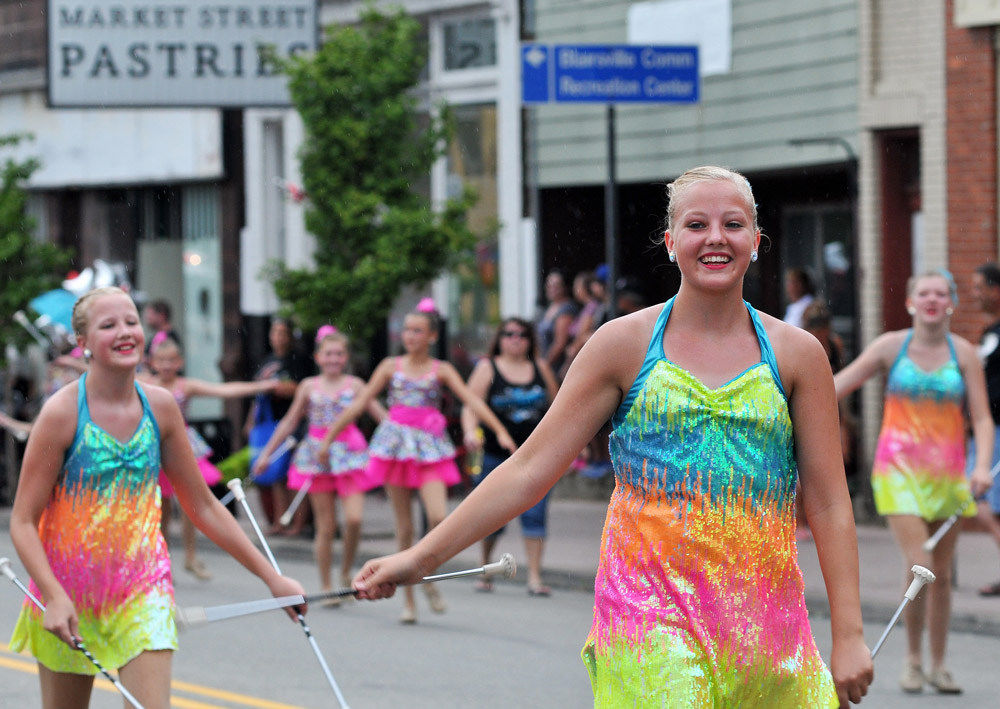 For many in our area, summer is marked by attending festivals and fairs. Local celebrations are long-standing traditions, many of which go back for generations. But, like all aspects of life in the time of coronavirus, these events have taken a hard hit. Many have been canceled all together.

So far, area residents have seen the cancelation of May Mart and the Westylvania Festival, both scheduled for May and the Jimmy Stewart Air Show and Saltsburg Canal Days, originally scheduled for June. The Shannock Valley Festival and the FOP Country Music Show will be missing from July. Absent in August will be the Indiana County Fair and the Dayton Fair, which is, for now, only scheduled to open for the showing of animals, with no crowds. September will be without the Ox Hill Fair, the Northern Appalachian Folk Festival, the Hoodlebug Summer Fest and Clymer Days.

The announcement of each of these events choosing to cancel has been met with mixed responses. Some community members are sad but understanding of the plight facing the organizations that host these events; others have expressed outrage, going so far as to blame the organizers for not doing enough to try to make the events happen.

In a statement released on the Saltsburg News and Views Facebook page, Saltsburg Mayor Karen Cumberledge addressed the fact that the decision to cancel Canal Days was a tough one: “It is always difficult to make an unpopular decision even when it is done for the best of reasons. Nobody likes the idea of giving (the festival) up, but the safety of the entire community is too important to risk.”

Behind the scenes, the boards, organizations and volunteers for these festivals were faced with endless choices and what-ifs before they eventually decided to pull the plug. None of the decisions made were quick ones, or easy.

Overwhelmingly, they seemed to come to the same agreement as Cumberledge: Community safety is of utmost importance.

“We absolutely want to keep everyone safe,” said Penny Perman an organizer for the Hoodlebug Festival in Homer City. “We don’t have a small festival. We have countless people in a small area, so social distancing would be impossible. During any festival, we’re totally concerned with people being safe. And this year we were just terrified we wouldn’t be able to.”

“We don’t want to be responsible for the community getting sick,” he said. “We care more about that than pretty much anything. People’s health is our top priority.”

While it’s impossible to say how official health guidelines may fluctuate over the coming months, under the current list of guidelines, large festivals would have to operate completely differently than what is normally done.

“The cost of following the guidelines as they are now would have been prohibitive without knowing the returns,” said Ed Nehrig, president of the Indiana County Fair board. “Even if we did follow the guidelines, who’s to say we’d have enough people show up to make the money back? We’d have to worry about our staff and making sure that we were constantly cleaning and worrying about garbage and crowds and sanitizing bathrooms and buildings. It would be a constant job, just the upkeep alone.”

Not only would the facilities need constant upkeep, Nehrig said, but there would also need to be increased security to make sure that guidelines were strictly followed.

“If we didn’t follow the guidelines to the letter, they could have us shut down, or even take us to court. The risk factors are just too high.”

In addition to the overall health guidelines, state-recognized fairs were also given an exhaustive list of things they would need to do, specific to the operation of a fair, should they decide to operate. “The state department of fairs had a long list of what we would need to do,” Marshall said. “We went through every item on that list and it would be next to impossible to say yes to all of them. And we’d have to follow those guidelines to the letter since we’re a state fair. The liability is just too much.”

Perman also said the logistics of following those strict guidelines would put a lot more pressure on the Hoodlebug Festival.

“We looked at the rules and tried to think out the logistics,” she said. “But every solution we could think of would just raise more questions and issues and possibilities. We didn’t want to cancel, but we didn’t want to risk it. If someone came back to us and said that they got sick here, the liability would just be far too much.”

Though organizers of the Indiana County Fair, the Ox Hill Fair and the Hoodlebug Festival held out for as long as they could before canceling, they were all reasonably lucky when it came to the effects that cancellation had on their budgets.

“We still have insurance and our monthly electric bill to pay,” said Marshall. “But we got a little break since all of our acts and the people we have contracts with are all in the same boat and totally understood and accepted that we had to cancel. We didn’t have to pay fees or sign papers, but they were still hard conversations to have.”

Nehrig had much the same experience.

“Fortunately we hadn’t scheduled our Wednesday night concert yet,” he said. “We’re trying to reschedule the acts that we had planned for this year to come back next year if things are on track again. They understand. They’re all going through the same thing that we are.”

Perman said the Hoodlebug was in a decent spot financially with the earnings from last year. But a little leftover seed money isn’t enough to hold the entire festival, she said. The festival is lucky enough to get funding from local sponsors. That fundraising also had to be put on hold.

“We hadn’t gone to our sponsors yet,” Perman said. “Even if this went on, it’s just not fair to ask them for help this year. Some of them were hit even harder by all of this going on than we could imagine.”

Another blow to the fairs would be the lack of 4-H participation.

“Many of our exhibitors are youth exhibitors … members of the 4-H program,” Nehrig said. “As of right now 4-H isn’t allowing face-to-face activities. A majority of our exhibits are from them and without them, there just wouldn’t be a fair.”

The time crunch, should these 4-H members be allowed to meet between now and August, would be nearly impossible to overcome. “Even if it all opened up by August,” Nehrig said. “There’d be no time to get things and submissions all organized and ready.”

In addition to the current state of things, there are other unknowns in Ox Hill’s future.

“Currently, the lease for the fair is up,” said Marshall. “We’re in talks for trying to get it renewed or to look for land elsewhere, but things are very much unknown at this point. It’ll be sad if it falls through. Lots of people attend these fairs and it’s great for communities. But no one can control things like this.”

Nehrig said the county fair board is still having monthly meetings to plan for future fairs.

“We’re still planning for the years ahead and working on tying up some loose ends for this year. There are still a lot of things to do and work is still constant.”

The Hoodlebug festival is also hoping to return next year.

“We’re hoping things have changed by then,” Perman said. “But it’s still unknown. Who’s to say how this will all change by next year?”

In the end, waiting and hoping for better outcomes is all any organization can do at this point. With things constantly in flux and with guidelines ever changing as new information is learned about this pandemic, it’s hard to say what festivals and fairs will look like in the coming months or years.

“We’re all volunteers,” Perman said of the Hoodlebug staff. “On a normal festival day we’re all putting ourselves out there and risking a lot. We’re on pins and needles worrying about our visitors and the community even without the pandemic. In the end, you’re always just hoping and praying for the best.”