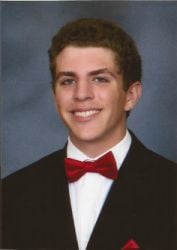 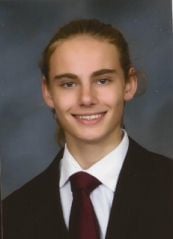 Jonathan is the son of Robert and Connie Gearhart, of Homer City.

During his high school career, he was a member of the golf, basketball and baseball teams. Jonathan was also a member of the FCA club and was an anchor for the Wildcat News morning announcements.

He plans to attend Indiana University of Pennsylvania, majoring in safety, health and environmental applied sciences.

Matthew is the son of Brad and Marylynn Lewis, of Homer City.

He had been a member of the National Honor Society, the Wildcat News crew, Future Business Leaders of America and the Impromptu Speech Team during high school. Matthew will be attending Slippery Rock University in the fall, majoring in digital media communications.