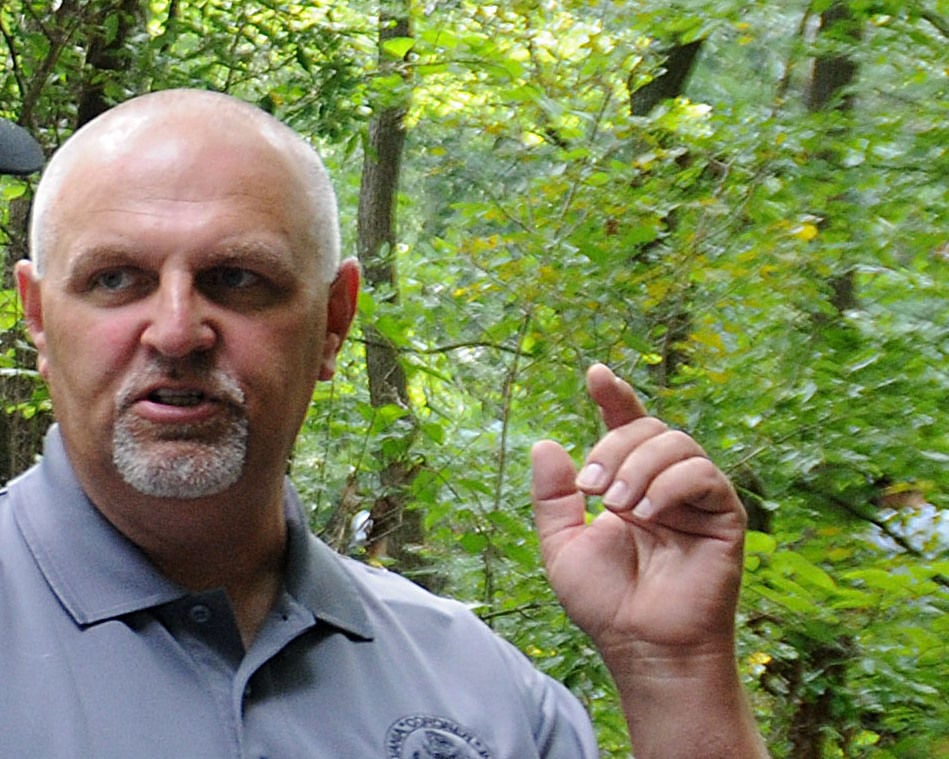 Coroners and medical examiners in Pennsylvania’s 67 counties have problems with the state’s Department of Health on multiple grounds, particularly aro-und the handling of the COVID-19 pandemic.

And while “there was some good discussion” between DOH officials

and the Pennsylvania State Coroners Association on Wednesday, “we still seem to be at a deadlock,” said association President and Lycoming County Coroner Chuck Kiessling.

He said more meetings would be scheduled.

Issues include interpretation of what should be reported to a coroner or medical examiner.

“A death of natural causes, such as from COVID-19, can be certified by a medical professional,” said DOH Press Secretary Nate Wardle.

However, coroners including Jerry Overman in Indiana County are citing Section 1218-B, among state laws that empower, define and limit the power of a coroner, which says “a death known or suspected to be due to a contagious disease and constituting a public hazard” falls under a coroner’s jurisdiction.

“The Coroner’s Law in the county code comes into play when the coroner views the body,” Wardle said. “If the death is attended to by a medical professional, the coroner would not see the body. The coroners only have authority if they are referred the death case, which again occurs if the death is not witnessed, or if it is sudden, violent or suspicious.”

There are other problems as well, Overman said, including “the dragging out of getting death certificates out,” which has been taking three business days or more to accomplish.

The Indiana County coroner said that’s “just the tip of the iceberg with problems we are seeing” as coroners.

“I have several (issues) that I have been addressing with the local legislators,” Overman posted on Facebook earlier this week. “The DOH is out of control and has too much power over the citizens of Pennsylvania.”

At least one coroner has gone on record calling for the resignation of state Health Secretary Dr. Rachel Levine.

In a letter made public May 4, Thomas A. Yanac Jr. in Monroe County said it is due to mismanagement of the state Electronic Death Registration System “and confusing and uneducated directives.”

For instance, Yanac wrote, “in mid-March, coroner’s offices, hospitals, doctors offices, hospice agencies, (and) funeral home(s), were directed by (DOH) that (in the case of) all COVID-19 deaths (they) must process death certificates using the EDRS,” Electronic Death Registration System.

“They put it in place approximately four to five years ago,” Overman said. “I was already using it, but there were a lot of doctors (who weren’t).” He said $11 million had been put into a system that is not fully functional.

“Local registers will no longer be accepting paper death certificates,” Yanac wrote. “(There are) several problems with this direction:

“Two: it has caused a dramatic delay in the process of disposition for decedents. This delay causes families to be unable to arrange funeral services in a timely and scheduled manner.”

Overman posted on Facebook that he could not agree more with Yanac. Wardle said the secretary of health isn’t leaving that post.

“Dr. Levine always serves at the pleasure of the governor and will continue to serve under his leadership as secretary of health,” the DOH spokesman said. “She remains laser-focused on protecting the health and well-being of Pennsylvanians.”

Kiessling has been seeking to resolve problems with the DOH, only to have meetings with the department rescheduled on several occasions. Wednesday’s meeting followed four postponements.

“Tom Yanac has been hit hard with the COVID cases out there,” Kiessling said. “Whether it was right or wrong, he typed the letter and sent it out.”

The U.S. Census Bureau estimated in July 2019 that Monroe County had 170,271 residents. As of Wednesday at noon, the DOH said there had been 1,228 cases where patients were found positive for COVID-19 in Monroe County, with 65 fatalities reported.

In Yanac’s May 4 letter to Levine, he said “Monroe is recorded of having 55 deaths as of (May 3) and the correct number is 71.”

The state health department said Indiana County, with about half that population, had 78 positive cases and five fatalities. Overman said he does not know from where that fifth death came.

“They have asked for specific problems which we have,” the state coroners’ association president said.

While there are problems reported between the coroners and the Department of Health, Overman said he hadn’t had a whole lot of problems “other than the numbers being wrong” in Indiana County.

“Everyone has cooperated well,” Overman said.