Plans are all set. For now.

The health and safety plan, for kids to return to Indiana school buildings.

The athletic and extracurricular health and safety plan, for the students already practicing for fall sports and marching band.

(Editor's note: Revised versions of the plans have been attached to this article as of Monday, Aug. 17.)

And by setting the start of classes 43 days away, Indiana school officials said they fully realize the plans may look different when September arrives.

The Indiana Area school board on Monday adopted the guidelines recommended by Superintendent Michael Vuckovich and the administration team for restarting local education. 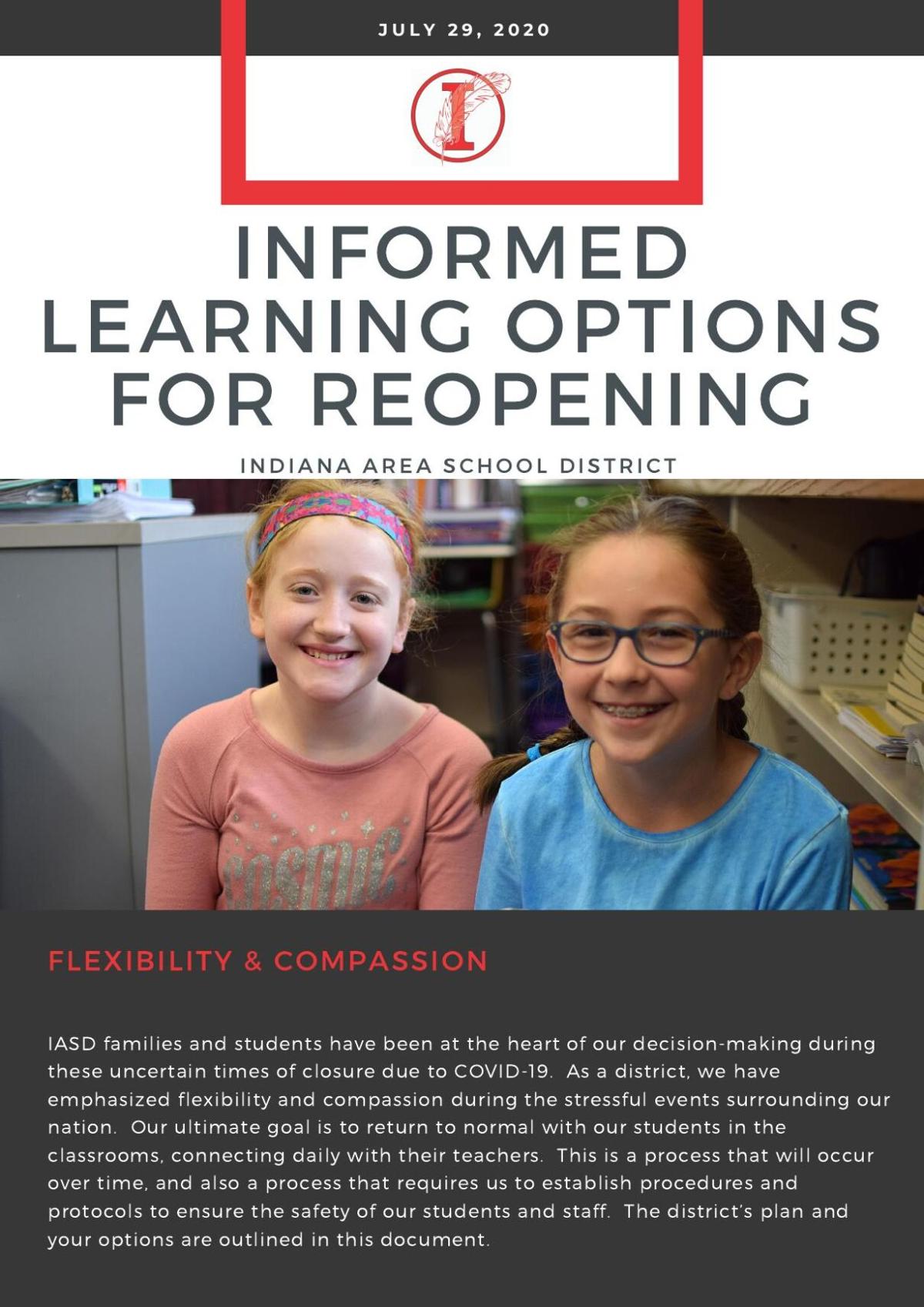 Indiana’s back-to-school game plans, and a revised calendar that delays the opening day for students until Sept. 8, were put in place with no shortage of kudos by board members for the administrators’ long and countless hours of devising it, and praise by administrators for the school directors’ diligence in studying it.

The health plan, in particular — which sets the masking and social distancing rules — was adopted with understanding that it’s “a living plan.” It’s subject to change, like the version reviewed and tweaked by the Academic/Extracurricular Committee on July 20. Like the one the same committee debated Thursday — the one that was changed Monday afternoon before being put to the vote.

• Traditional schooling, with students spending their days in the district’s six buildings for all scheduled classes and activities.

• The online IDEAL cyber school, which delivers lessons for students to complete as their home schedule allows, independent of the teachers in classrooms. 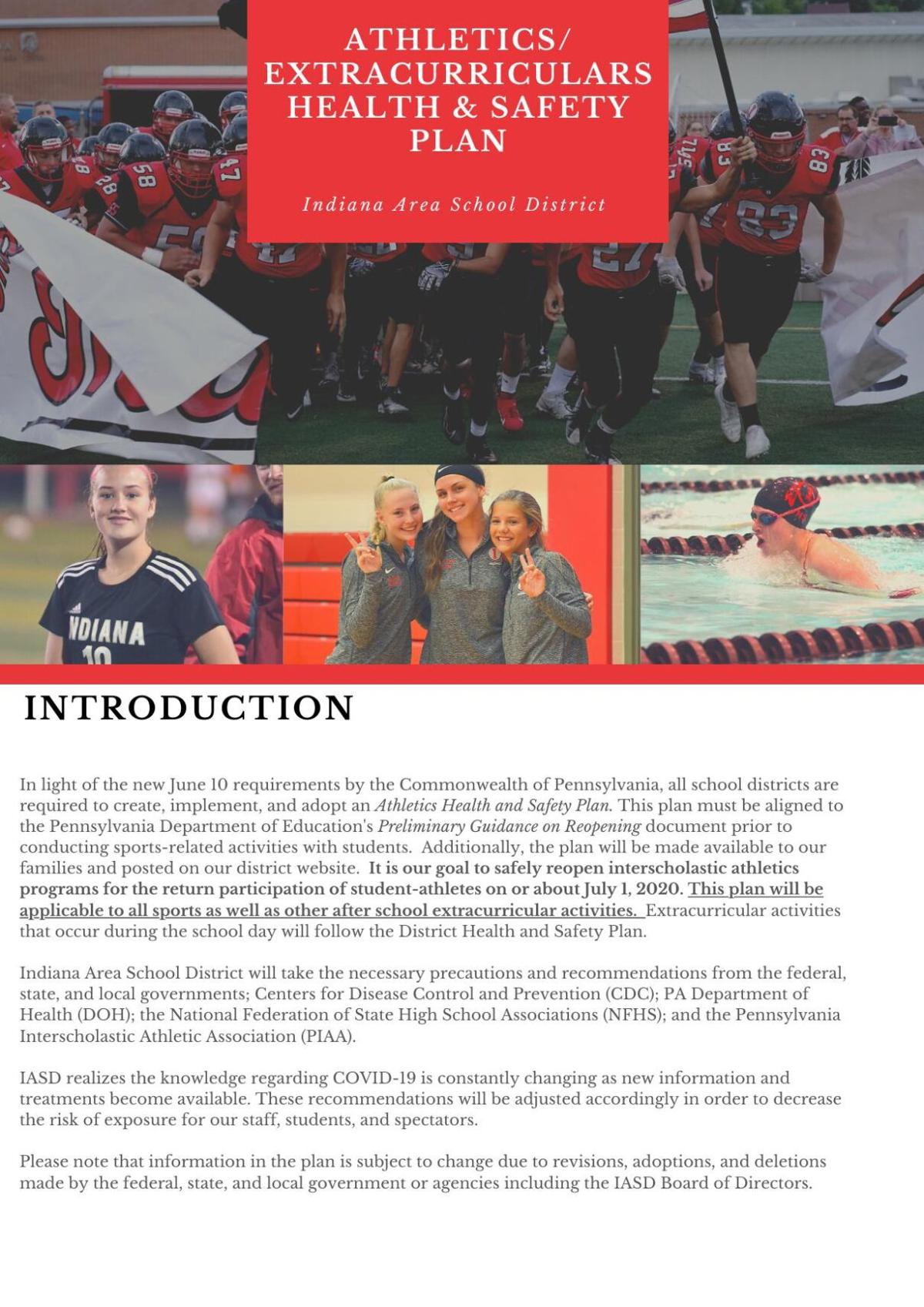 • The hybrid program, which blends IDEAL with traditional learning, and lets students physically report to school “in an environment with far fewer students and an emphasis on recommended health protocols” or to stay at home and take online courses as they choose.

The online technology such as Google Classroom, which teachers used for three months during the “stay-at-home” red phase of the pandemic response, will be provided for students who prefer or need to stay at home but remain in sync with their teachers and classmates in real-time classes.

But Indiana County’s status as determined by Pennsylvania DOH — the green, yellow or red phase — will dictate the district’s actual plan.

It’s a system that board President Walter Schroth says has been virtually reinvented since March, when Gov. Tom Wolf ordered the closure of schools in a plan to stop the spread of coronavirus.

In a footnote to his opening statement at the board’s specially scheduled business meeting, Schroth predicted that some aspects to the new look of education may stay long after COVID-19 is harnessed and goes away.

The board ratified the plans before arguably the biggest audience of district residents since the mid-2017 cancellation of the so-called Ben Franklin “megaschool” project, as a tiny onscreen counter ticked up to 97 people logged in for the board’s online meeting using the Google Meet app.

The spiraling online attendance at board and committee meetings, Vuckovich said, would put the district in violation of state rules against in-person gatherings of more than 25 people during the pandemic, Vuckovich said. 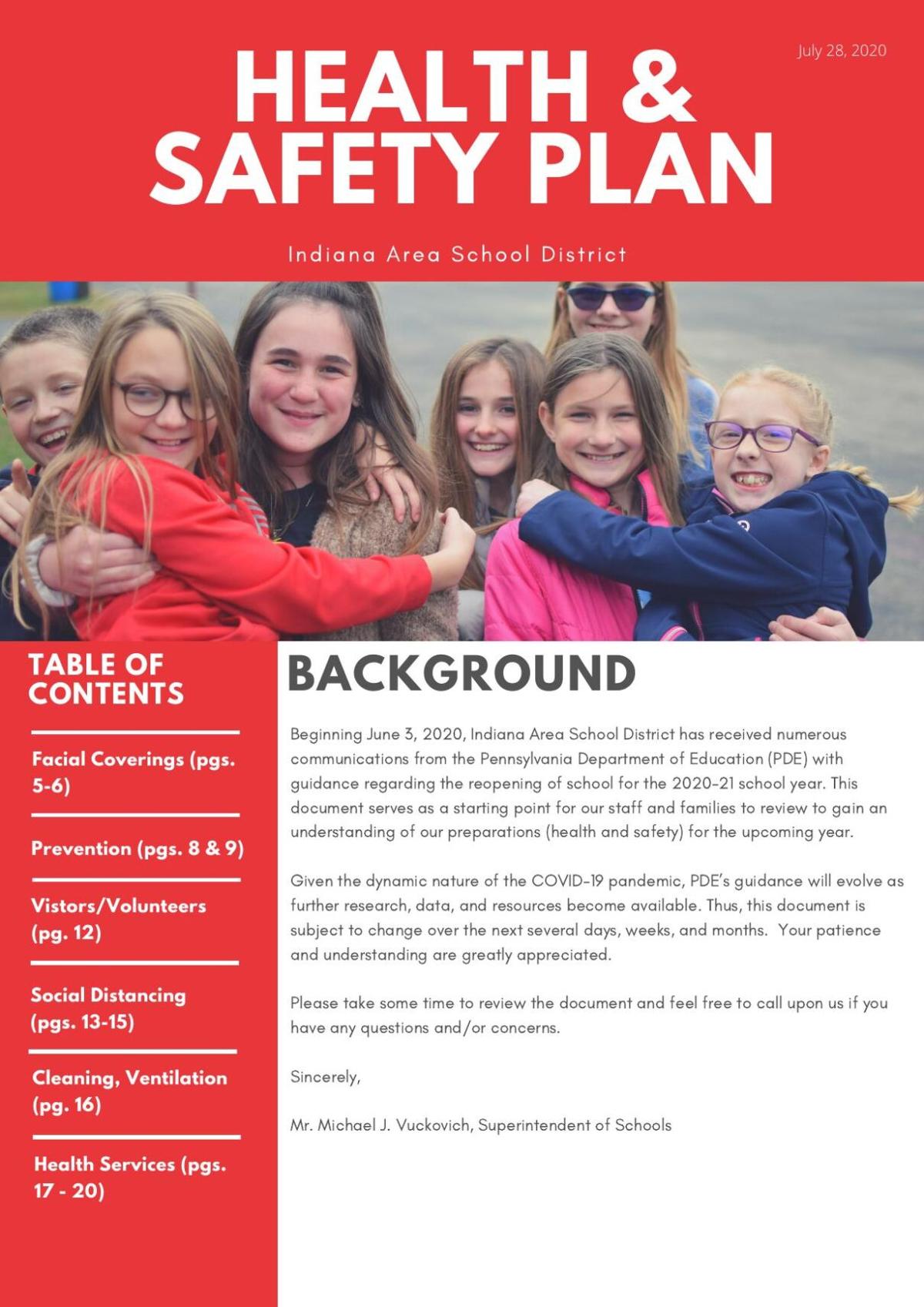 “That doesn’t apply to school classrooms, but it does apply to board meetings,” he said. “So when we have 60, 70 or more people in the room, we can’t do that live because of the limitations.”

Vuckovich said the administration would ask parents to again complete a survey of their intentions for their children’s education in the upcoming school year and to return their responses by the end of the week.

“Now some families may be upset if we send another survey out, but we’ll preface that in a letter explaining that we want to be clear and want to know their intent is,” Vuckovich said.

But he said parents would be invited to take part in online “town hall meeting” information sessions with the school principals in upcoming weeks to learn the building-level health, safety and education plans.

In other business, the school board:

• Heard Vuckovich renew his call for the state Legislature to change the funding formula for private cyberschools.

“It doesn’t seem to pick up any traction when I ask for it to be looked into,” Vuckovich said.

Schools delivering classes on the internet are vastly over subsidized for the actual cost to educate their students, Vuckovich said, and the diversion of $22,000 per student from the public school subsidies threatens the financial stability of the schools.

During the online board meeting, Vuckovich flashed a spreadsheet showing the amounts of money that school districts in state Sen. Joe Pittman’s 41st District and state Rep. James Struzzi’s 62nd District are losing to the cyberschools.

Struzzi and Pittman, he said, have politely listened to his concerns but for a year and a half, Vuckovich said, the general assembly has shown no interest in changing the formula.

“What we need to do is continue to advocate for fixing and adjusting the funding for these cyber schools,” he said. “Look at the data. Look at the facts. This isn’t me. This is Stanford, this is other organizations. … This is somewhat disappointing. You can see the funds being siphoned away.

“I think we need to keep discussing this and keep it at the forefront. … Rep. Struzzi and Sen. Pittman have been good listeners. We have been advocating and they have been nothing but cordial, polite and responsive in listening to us. But I want to make you and the public aware that these are real dollars at stake.”

“We’re two to three times their size and this has a significant impact relative to each school district. And I want to make the board aware of that because we need you to be our biggest advocates and policy leaders.”

• Approved an agreement with Citizens’ Ambulance Service to provide emergency medical unit presence at all varsity, junior varsity and junior high football games this fall at a cost of $4,800.

Business Manager Jared Cronauer said the district would not be required to pay Citizens’ for any games that are not played, but said the cost of the agreement also would cover ambulance response for other incidents in the district’s buildings and grounds.

• Approved a change to the district’s agreement with Pressley Ridge School.

• Approved a change to the Goodwill Southern Alleghenies agreement with the district.