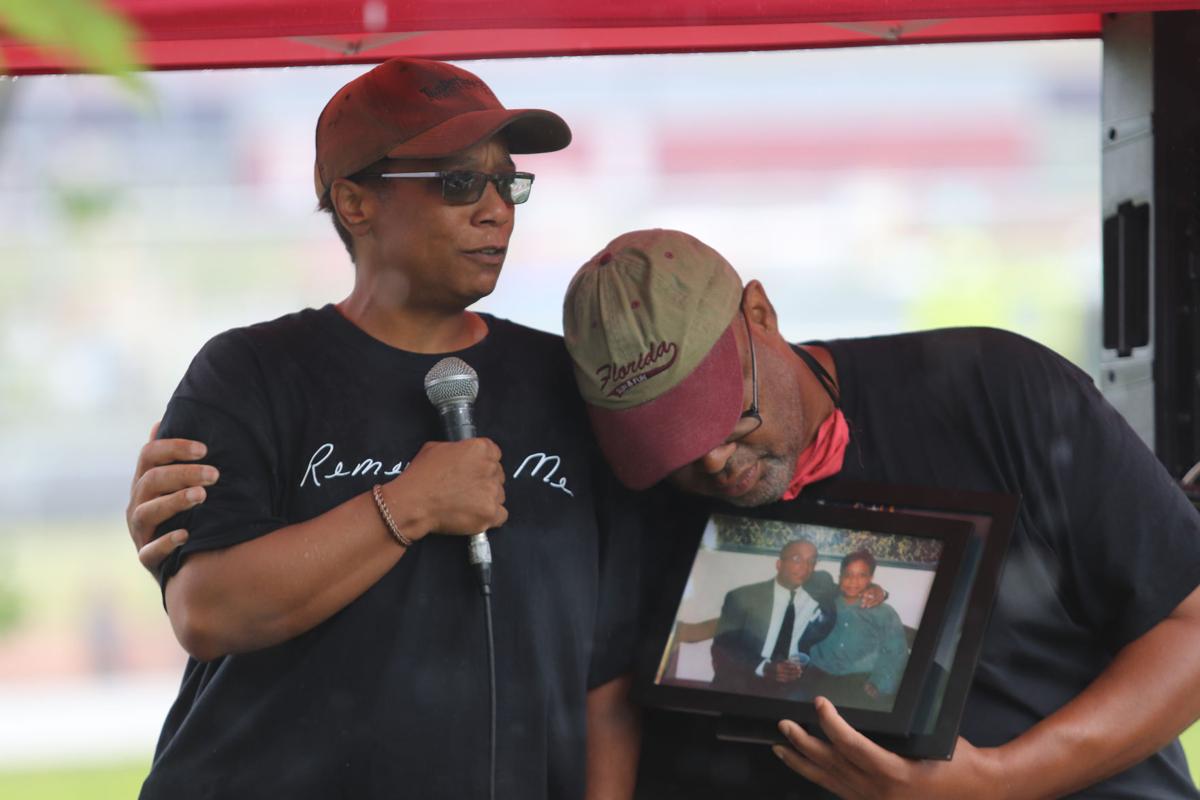 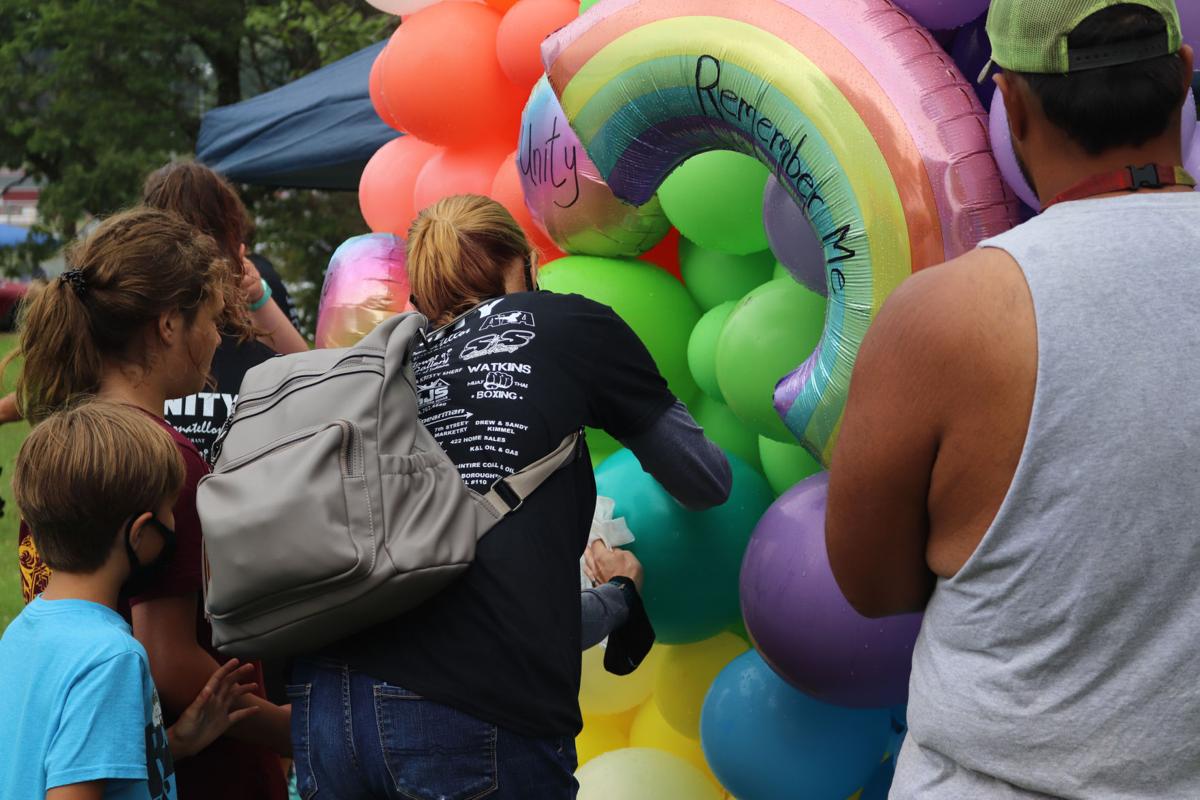 Participants at Saturday’s “Remember Me” event signed a balloon wall.

Saturday afternoon was overcast and rainy outside the Chevy Chase Community Center in White Township, 20 degrees cooler than it was 24 hours before.

That didn’t matter to dozens of area residents, from civic groups, churches, businesses and law enforcement. They came together as a community, at the invitation of a woman who was saying “Remember Me,” on behalf of two deceased brothers, Brett Johnson and Frederick Johnson II.

“The world thinks we can’t get together on a sunny day,” said Rochelle “Missy” Johnson, of Clarksburg. “But we’re here on a rainy day.”

Amid that rain, state Sen. Joe Pittman, R-Indiana, sang, “This is a great, sunshiny day.” He also said, “There is more that unites us than will ever divide us.”

Pastor Jackie Greene of the Gap Ministry said, “God sees us. He has seen us. And he is still seeing us.” She recalled the thief telling Jesus, “remember me,” on the cross, and Jesus telling His disciples to “remember Me,” in holy communion.

Johnson went to Indiana County District Attorney Robert Manzi with the idea of an event promoting open communication and conversation.

“I am hoping today starts something,” said Manzi, who threw the assistance of his office behind her idea for Saturday’s event.

Brett Johnson died in 1990 in a fiery accident.

“He was killed on Mother’s Day, and his son was born in September,” Missy Johnson recalled. “He has a son and he has a grandson, and they both look like him.”

Frederick Johnson II died on June 6 of this year.

“Freddy and I didn’t speak for years,” Missy recalled.

The participants came to open their hearts, share memories and sing.

Indiana County Sheriff Robert Fyock, still showing the shock of the recent passing of his K-9 deputy, Bak, helped to lead a rendition of a 1977 Paul Simon song “Slip Slidin’ Away.”

Worship leader Anthony Frazier, who touched upon a multitude of familiar songs and hymns: “Kumbaya,” “I’ll Fly Away,” “Amazing Grace” and a song Sidney Poitier made famous in the 1963 movie “Lilies of the Field.”

Another speaker recalled a family member he lost to drug addiction.

“He broke his knee playing JV football for Penn-Trafford (High School in Westmoreland County),” Struzzi recalled. He said his brother’s struggle with opioids ended when he once mixed a prescription drug their mother was taking for a shoulder injury, with street drugs.

He said he wanted to “do something to help people find what’s needed to get through this.”

On June 18, Missy Johnson said she felt a move from God to be part of a “prayer for police and peace” event in downtown Indiana.

“There is so much happening in the world today,” she told the gathering across Eighth Street from the Indiana Borough Municipal Building. “But God is still on the throne.”

Those words were echoed in her remarks Saturday.

“We’ve got racism,” she told the Chevy Chase gathering. “We’ve got COVID. We’ve got the drug issue. We’ve got discrimination. (But) God won’t put any more on us than we can handle.”

Her siblings joined in the bid to remember their deceased brothers.

“I have an awesome family,” said her sister Linda Matthews, who came from New Jersey and recalled Jesus saying he would be there, “when two or three are gathered in His name.”

She was joined by the eldest of her surviving brothers, Bernard Johnson, of Indiana, as well as sister Ann Walker from Maryland and brothers Jason and Ryan Spearman from Indiana.

“I felt her pain,” Matthews said. “I felt her anger. But most of all, I felt her vision.”

Manzi felt that vision, too. He was joined by Fyock as well as others including state police from White Township, Indiana Borough police and representatives of the state Attorney General’s office.

“We didn’t reach out to them; they reached out to us,” the district attorney said.

He recapped things his office has tried to do in the first six months he has been in office, saying his office is getting drug tips regularly.