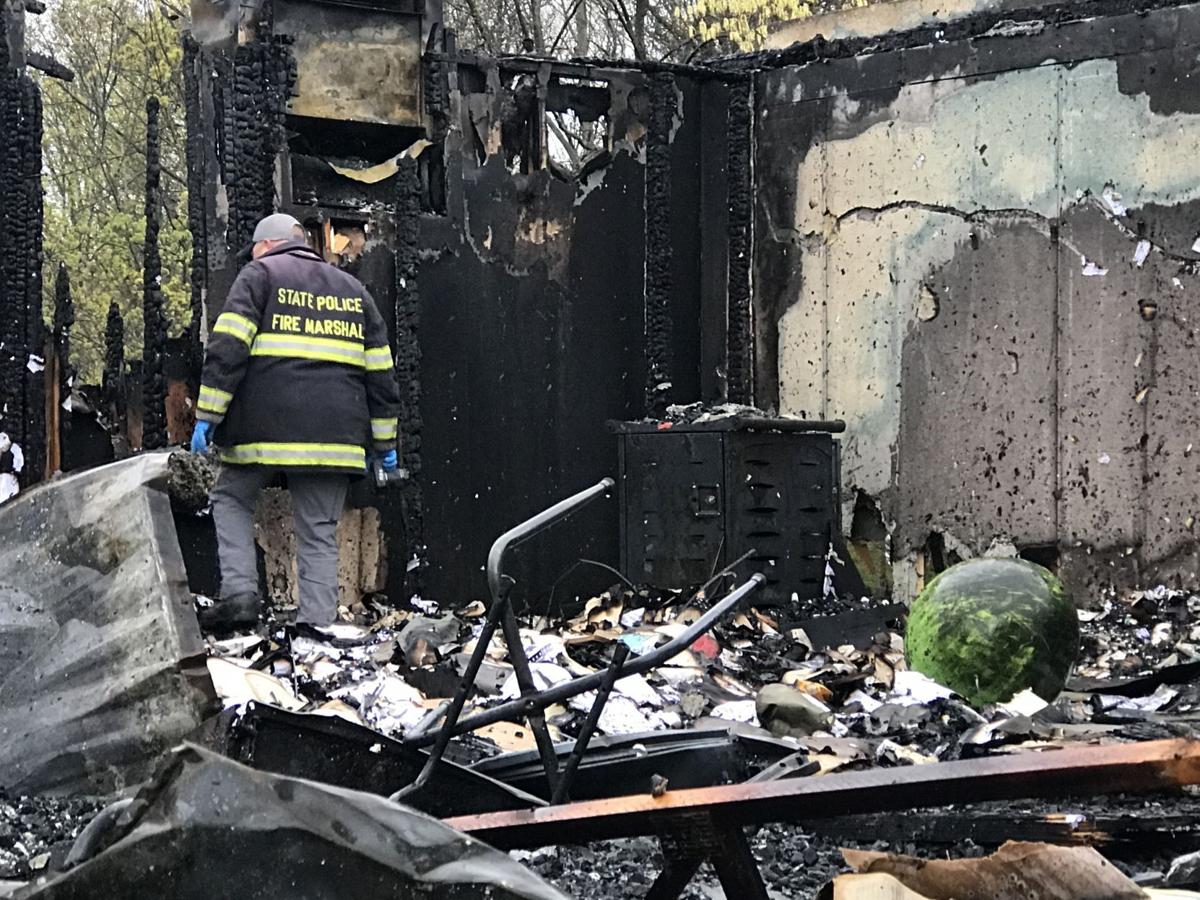 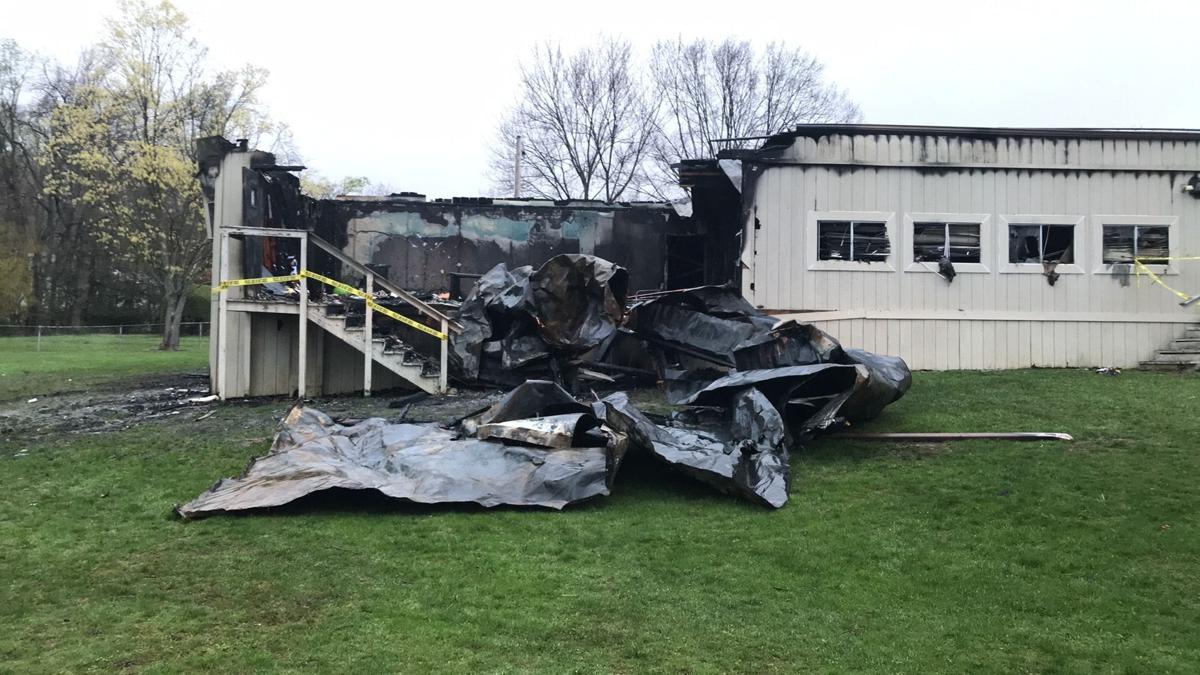 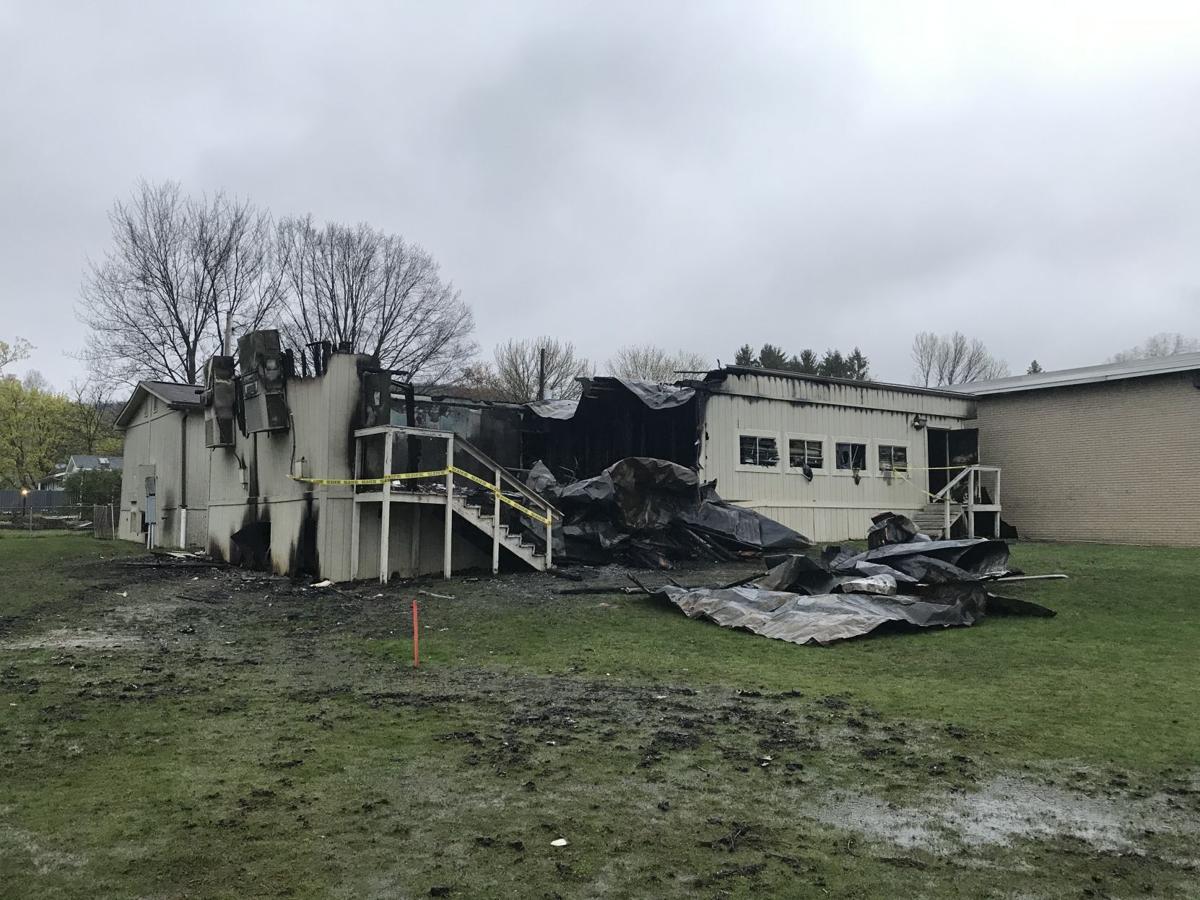 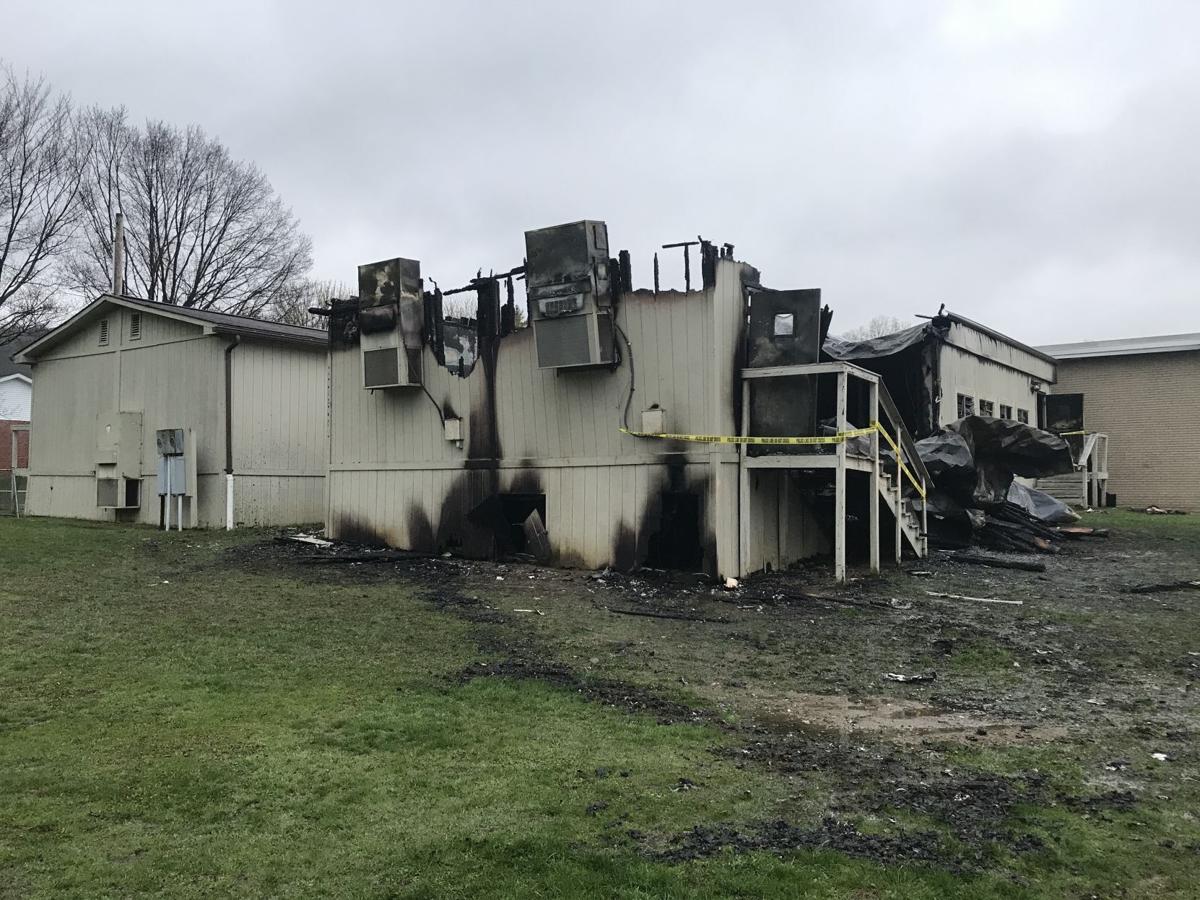 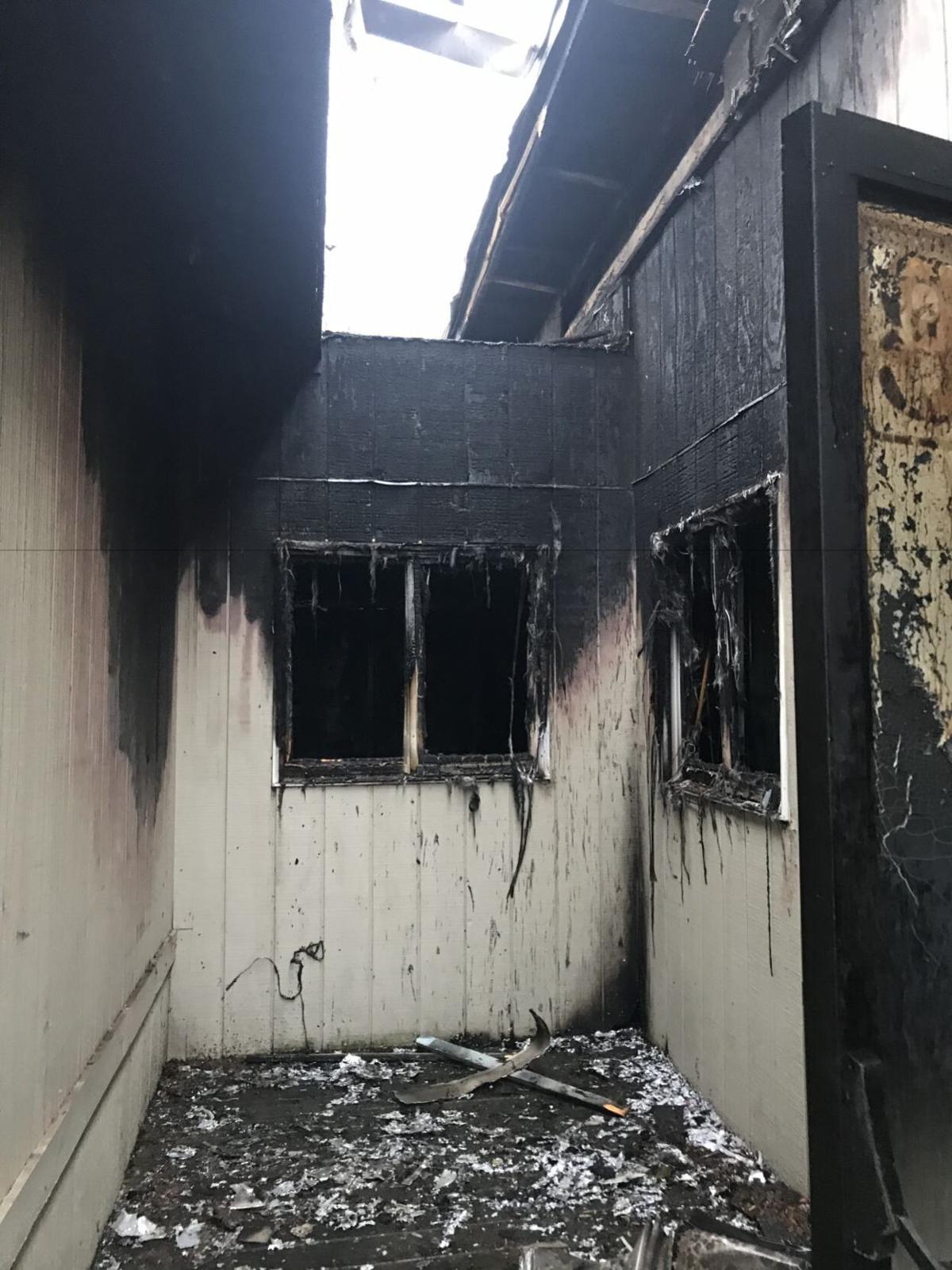 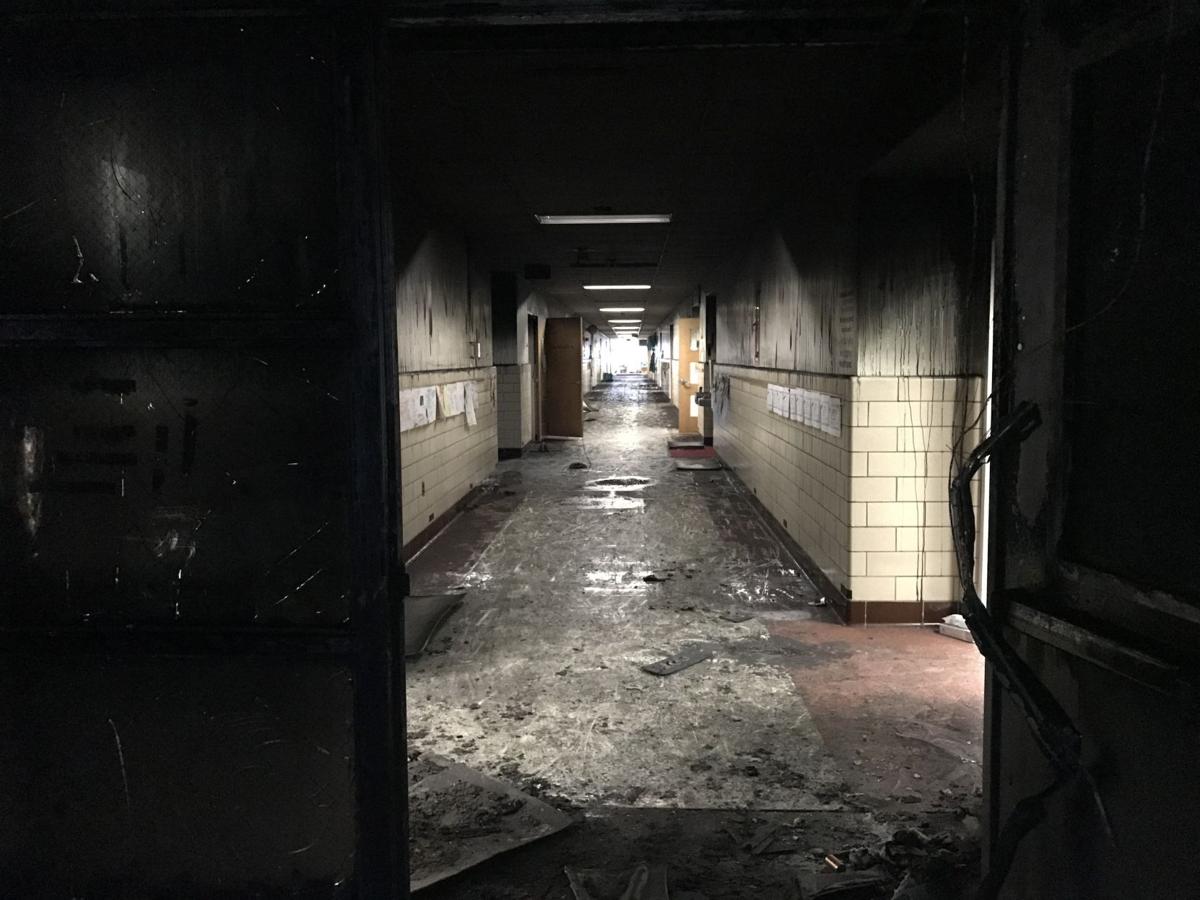 Fire early today destroyed two modular classrooms at Eisenhower Elementary School in the west end of Indiana, and sooty smoke poured through the corridor through the rest of the building.

School administrators immediately called for a full remote-learning day for Eisenhower's 230 students, and huddled in the wake of the fire to plan for site cleanup and how to devise an education plan.

Indiana volunteer firefighters concentrated their efforts on limiting the flames to the "trailer" classrooms and halting spread to the main structure.

The roof of one classroom collapsed, flames gutted a corridor between the classrooms and extensively damaged the second.

Suspended ceiling tiles collapsed in the main building classroom adjacent to the walkway to the modular classrooms. Soot lined the floors and walls a great distance into the main structure.

Neighbors notified Indiana County 911 of a glow in the sky just moments before 2 a.m., starting a chain of dispatches that put 13 fire departments into action.

State Trooper Chet Bell, a fire marshal based at Greensburg, explored the rubble of the ruined classrooms after daybreak and said Indiana Borough police would take the lead in the investigation.

He offered no immediate theory on how the fire began.

Indiana Area School District Superintendent Michael Vuckovich said one of the modular classrooms served as a computer lab, and small group sessions were held in the other.

The problem is not one of finding other space in the building for students who would have been displaced from their homerooms; rather it is one of finding space for all the students taking in-person classes at the school.

Eisenhower has an enrollment of 200 students in fourth and fifth grades, including 10 who take cyber classes in the IDEAL system and 32 who log in from home for synchronous learning with 158 classmates in the building.

Eisenhower School is laid out in an "L" shape with all classrooms, offices, the kitchen and multi-purpose room on one floor. Its wings meet at the corner of School Street and Wine Avenue.

The full online learning for Eisenhower students was expected to be continued at least into Monday.

On the Indiana Fire Association's Facebook page, fire officials said crews from the Latrobe and Greensburg fire departments were summoned with heavy-duty ventilation equipment to blow heavy smoke from the school.

The Commodore, Brush Valley, Plumville and Coral-Graceton fire departments were put on standby.

There were no reports of injuries.