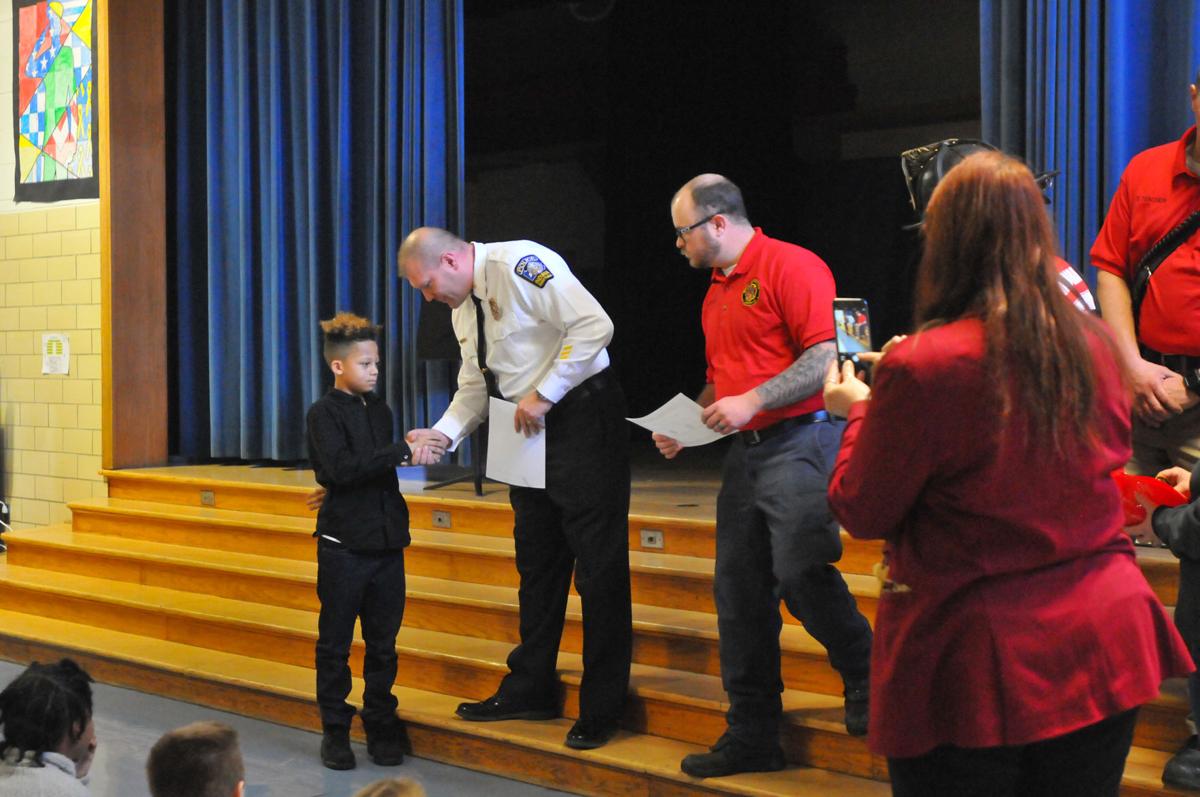 Indiana Borough Police Chief Justin Schawl congratulated Marquis Williams, 11, at an assembly Wednesday at Eisenhower Elementary School to recognize his efforts to alert a teacher when a house near the school caught on fire in November. Also pictured are Matthew Byerly, first lieutenant of the Indiana Fire Association, and school Principal Erin Eisenman. Marquis is the son of Keisha Johnson, of Indiana. See story on Page 2. 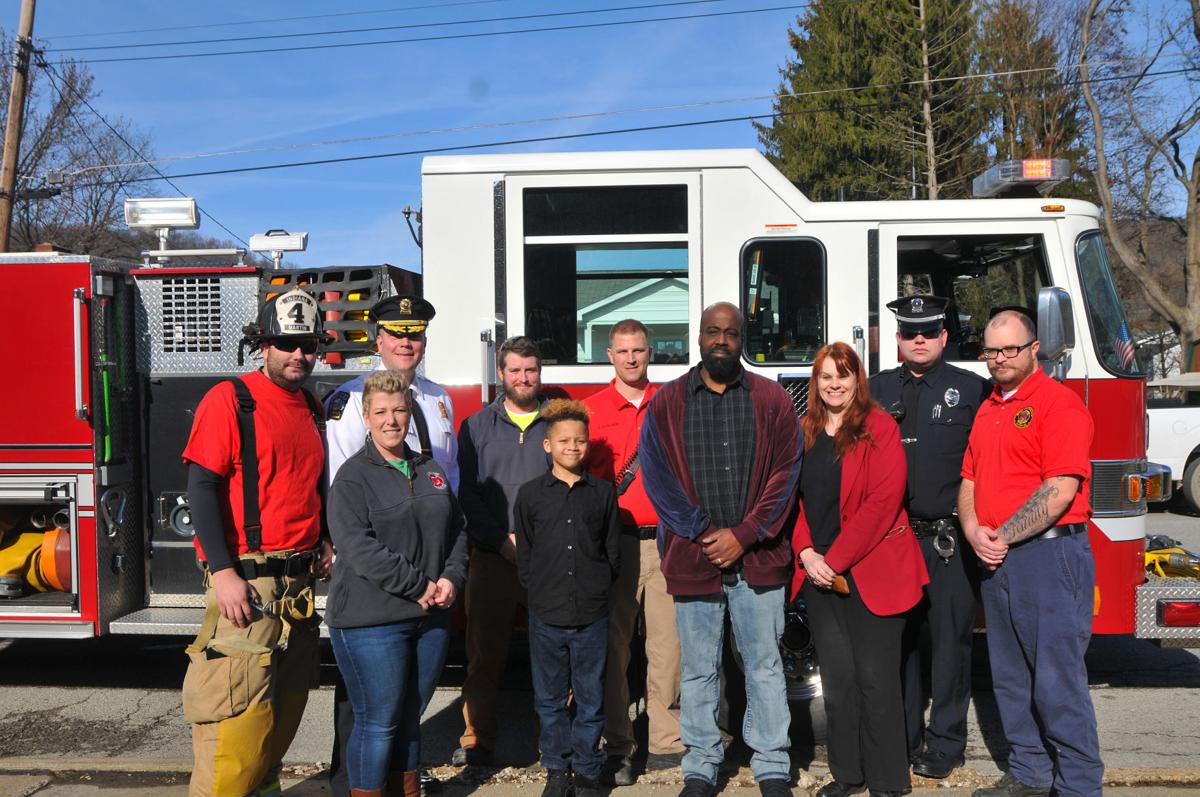 Indiana Borough police and firefighters joined with students and staff at Eisenhower Elementary School on Wednesday to recognize the value of fast awareness and reporting of a fire that broke out Nov. 1 in a house near the school in Indiana’s Third Ward.

The smoky blaze began on a rear porch and spread through the roof of a one-story house along South 15th Street, the home of Bill and Linda Double.

Police Chief Justin Schawl said student Marquis Williams in Brad Trout’s classroom and several students in another classroom told their teachers about the smoke rising from the house, and that school Principal Erin Eisenman and Tagod Thorpe, the parent of a student at the school, dashed to the Doubles’ house to make sure they were safe.

The police and fire departments presented certificates of appreciation on Wednesday to Marquis, the second-grade classroom, Eisenman and Thorpe during an assembly at the school, then police and firefighters took the kids on tours of emergency vehicles.

“The Indiana Fire Association and Indiana Borough Police Department recognize that everyone contributes to community safety and that all first responders are made safer and more effective with community support,” Schawl said.