Free
Get Started
You are the owner of this article.
Edit Article Add New Article
You have permission to edit this article.
Edit
Home
News
Sports
Community
Leisure
Business
Find a Job
Find a Home
e-Paper
Subscriber Services
Subscribe
1 of 15 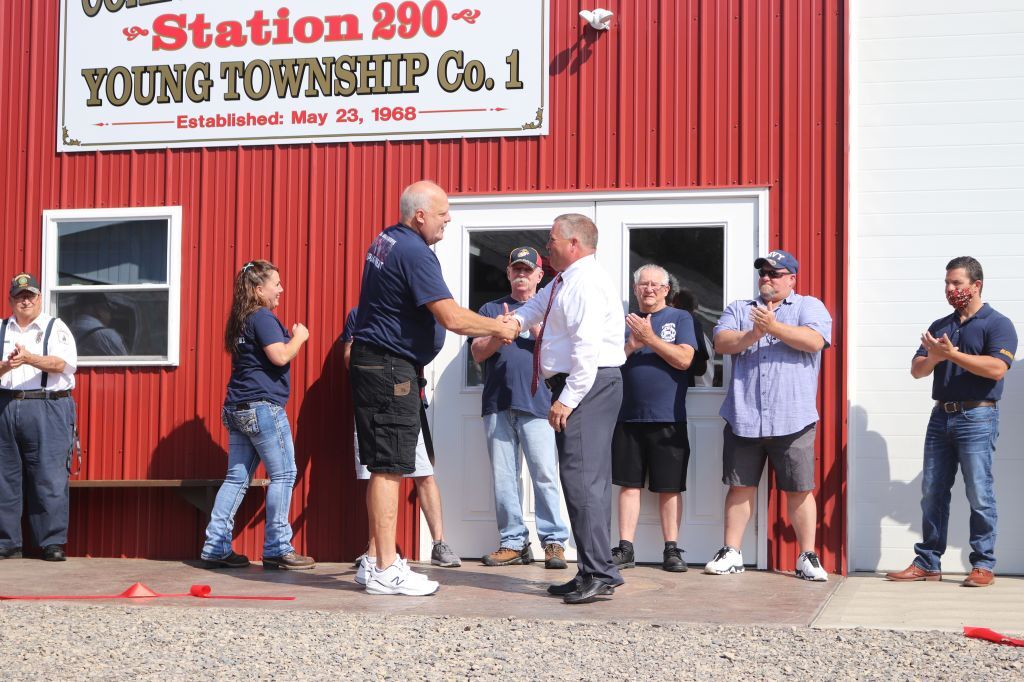 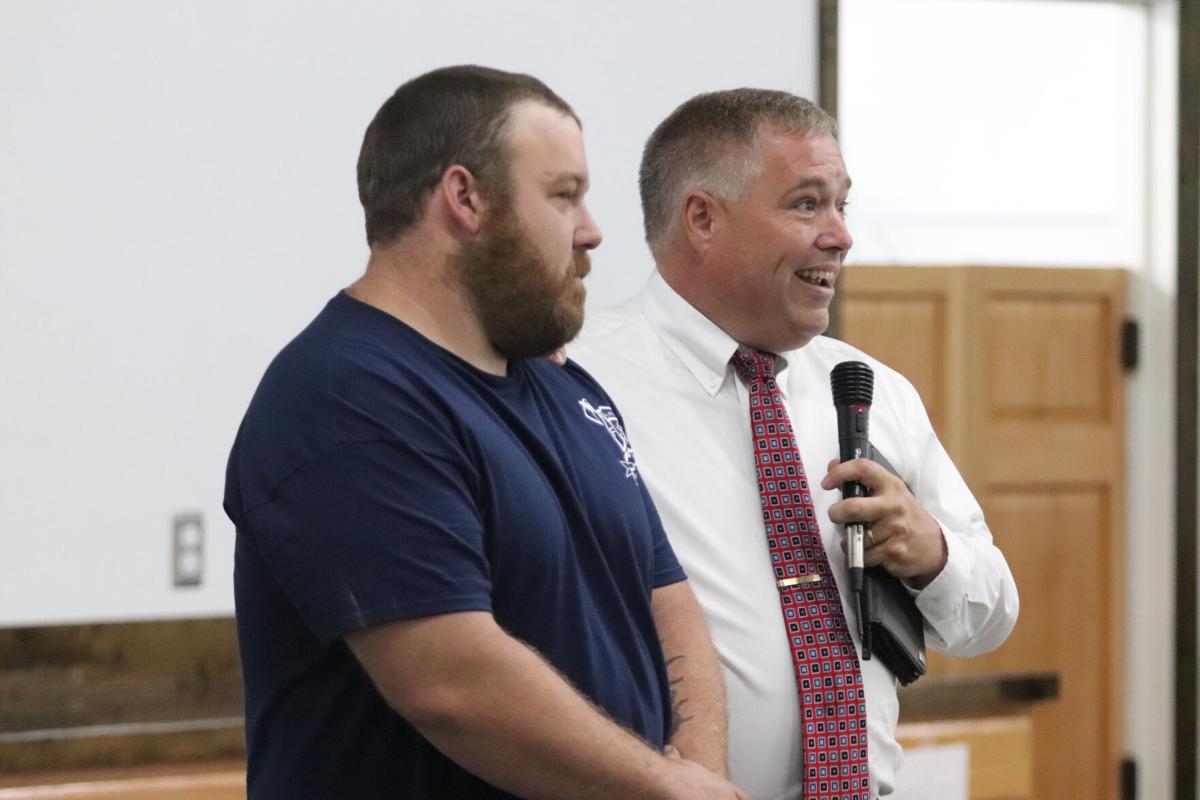 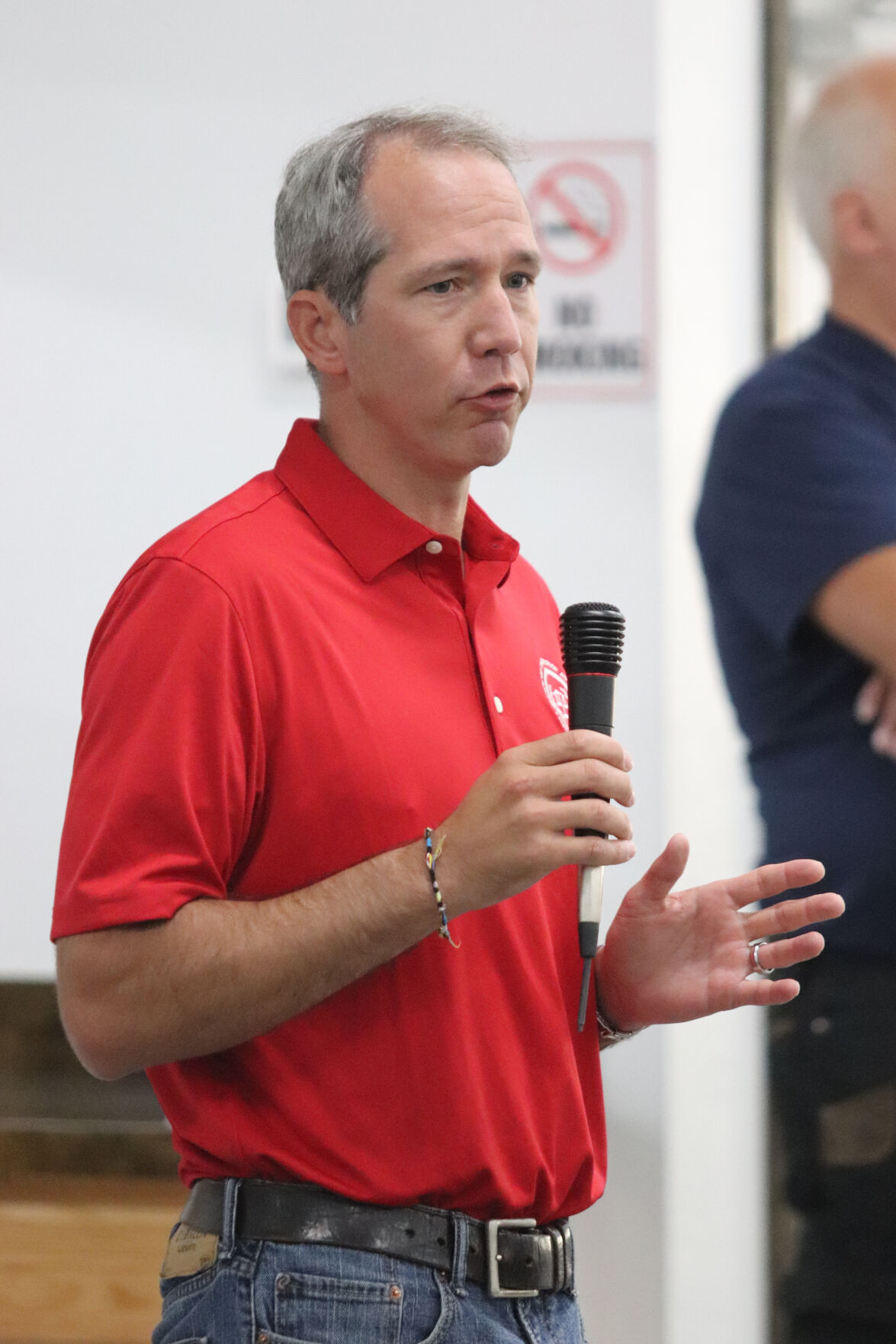 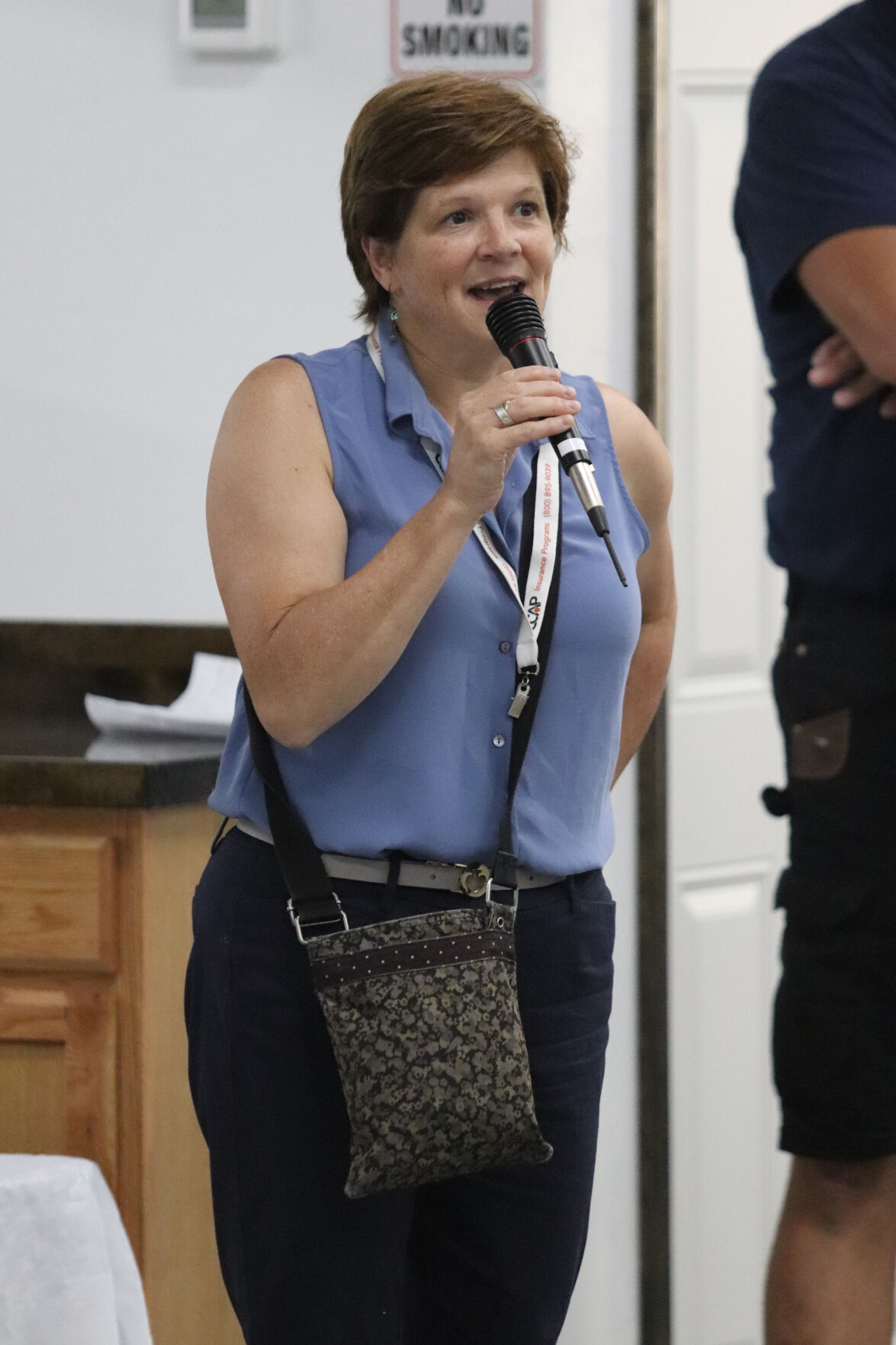 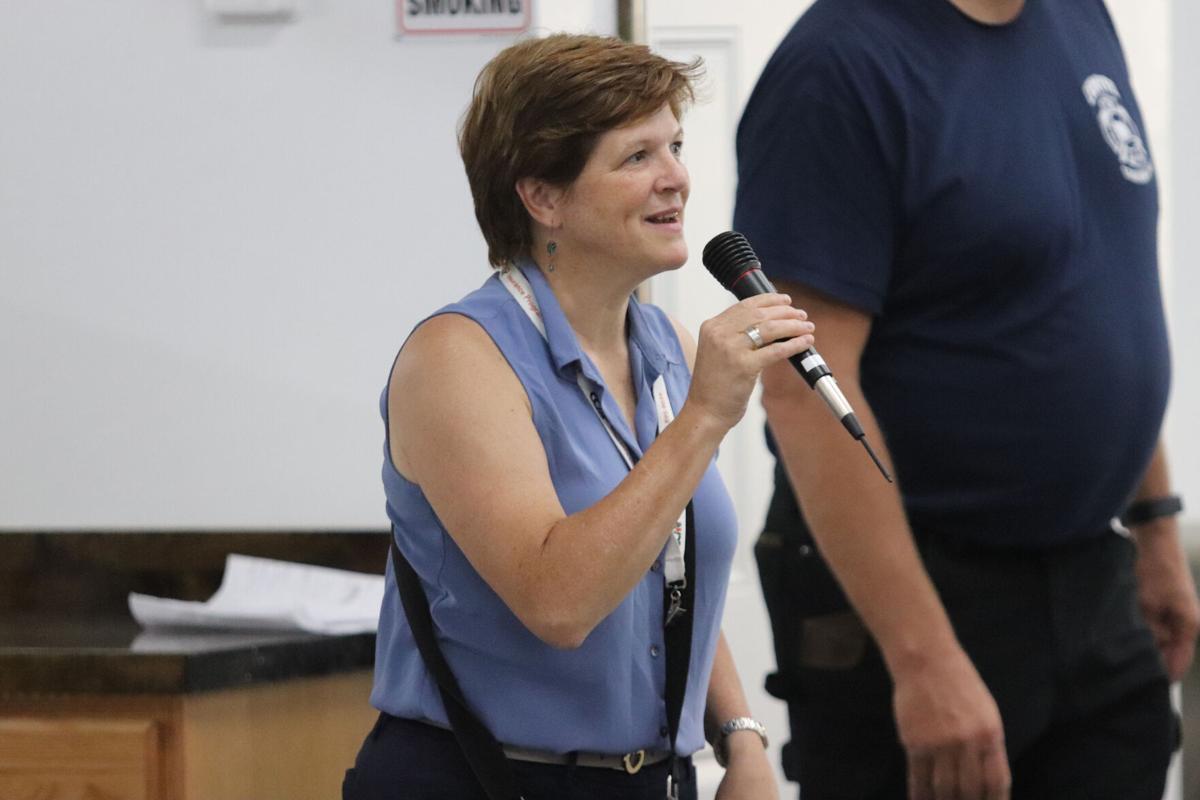 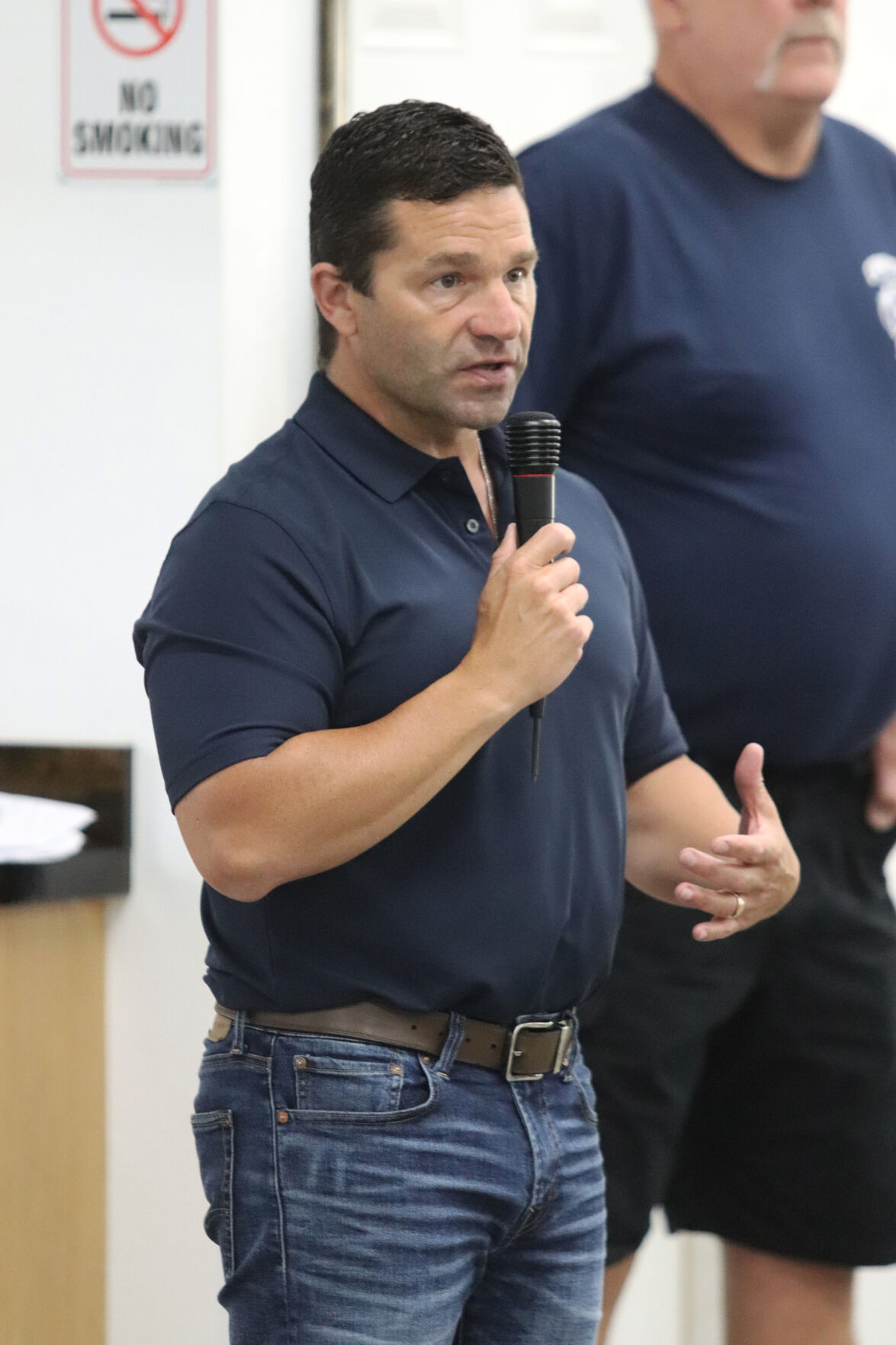 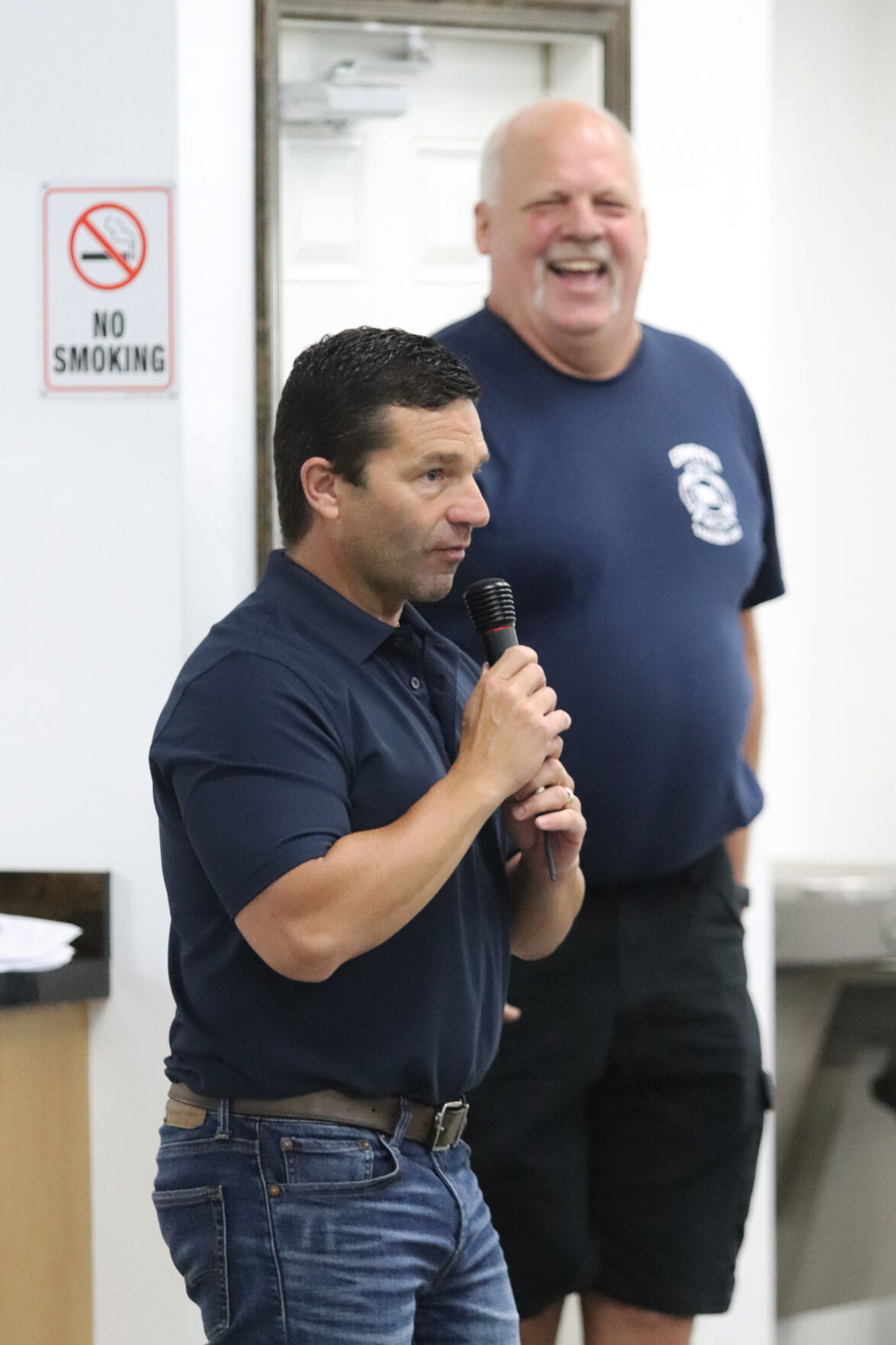 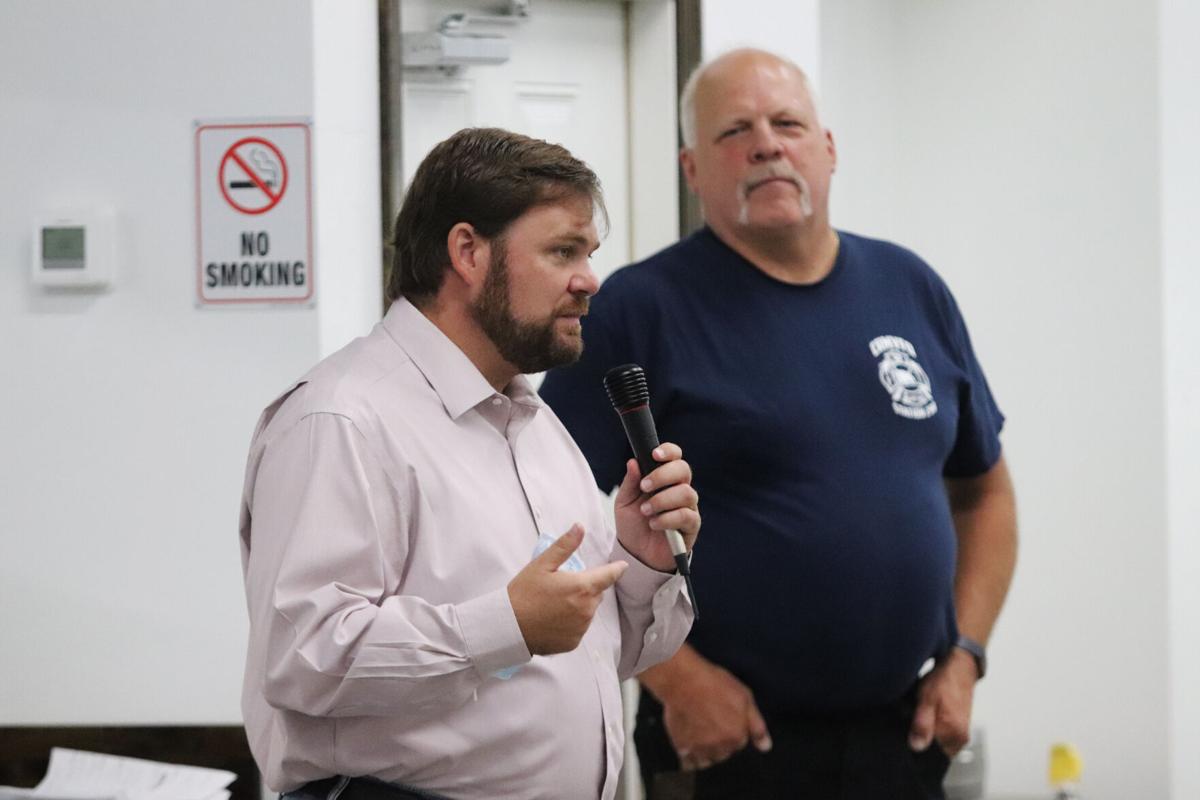 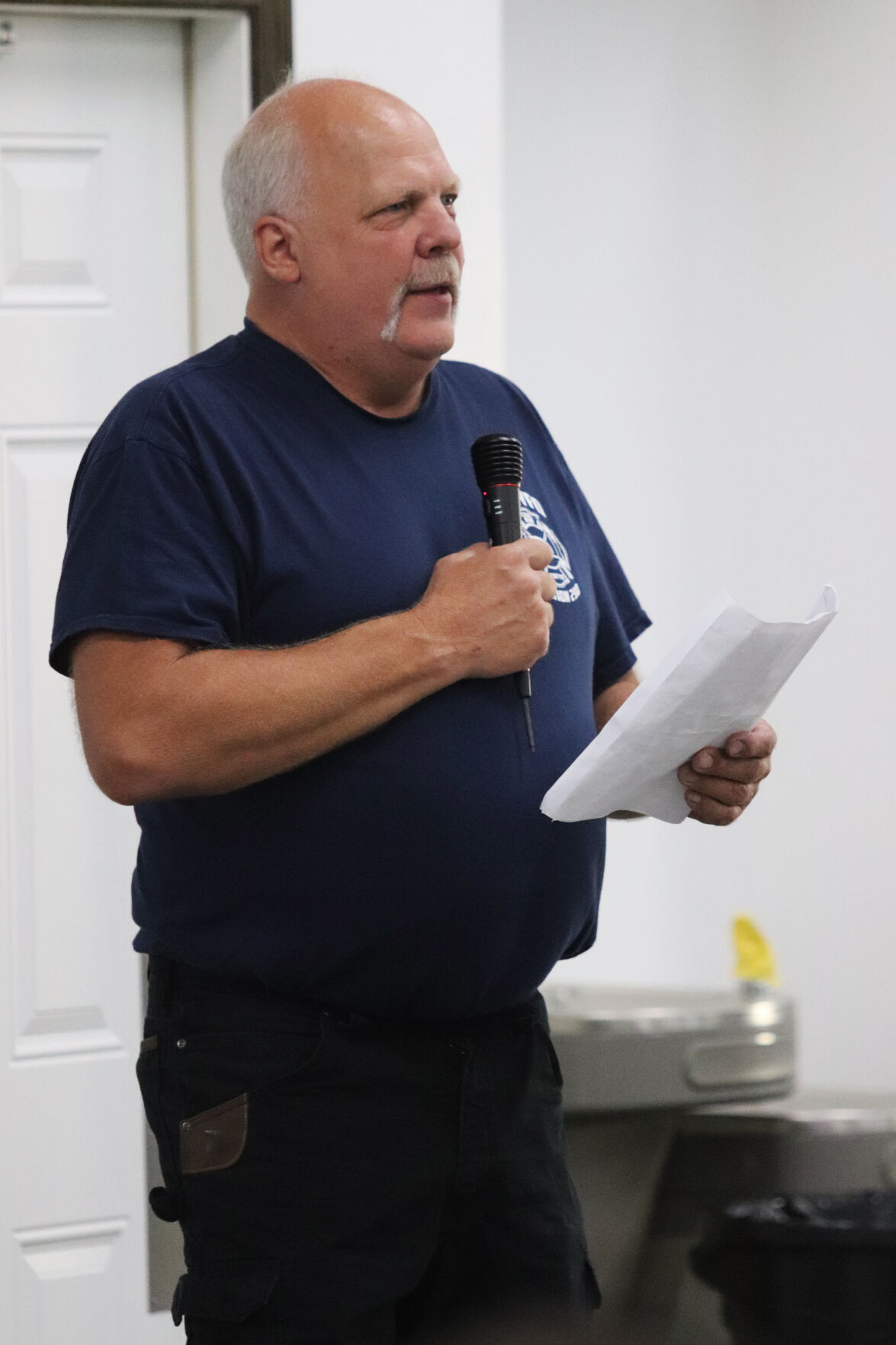 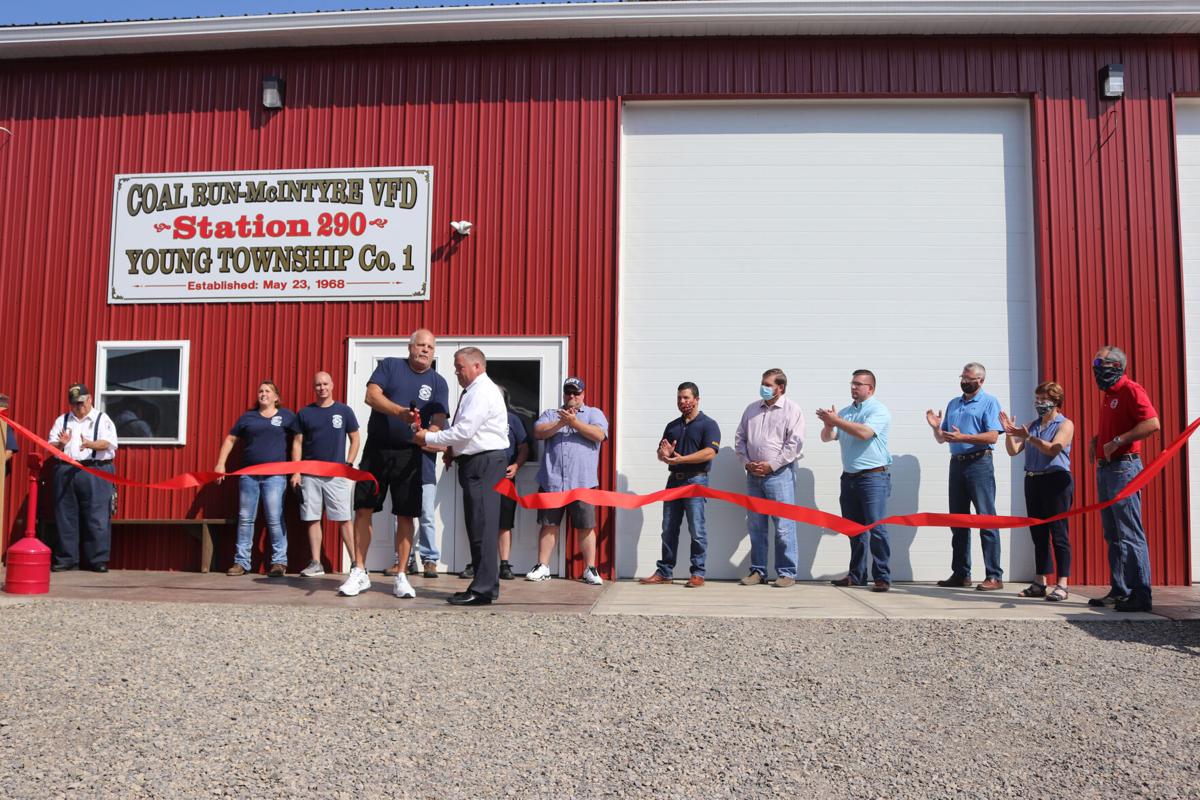 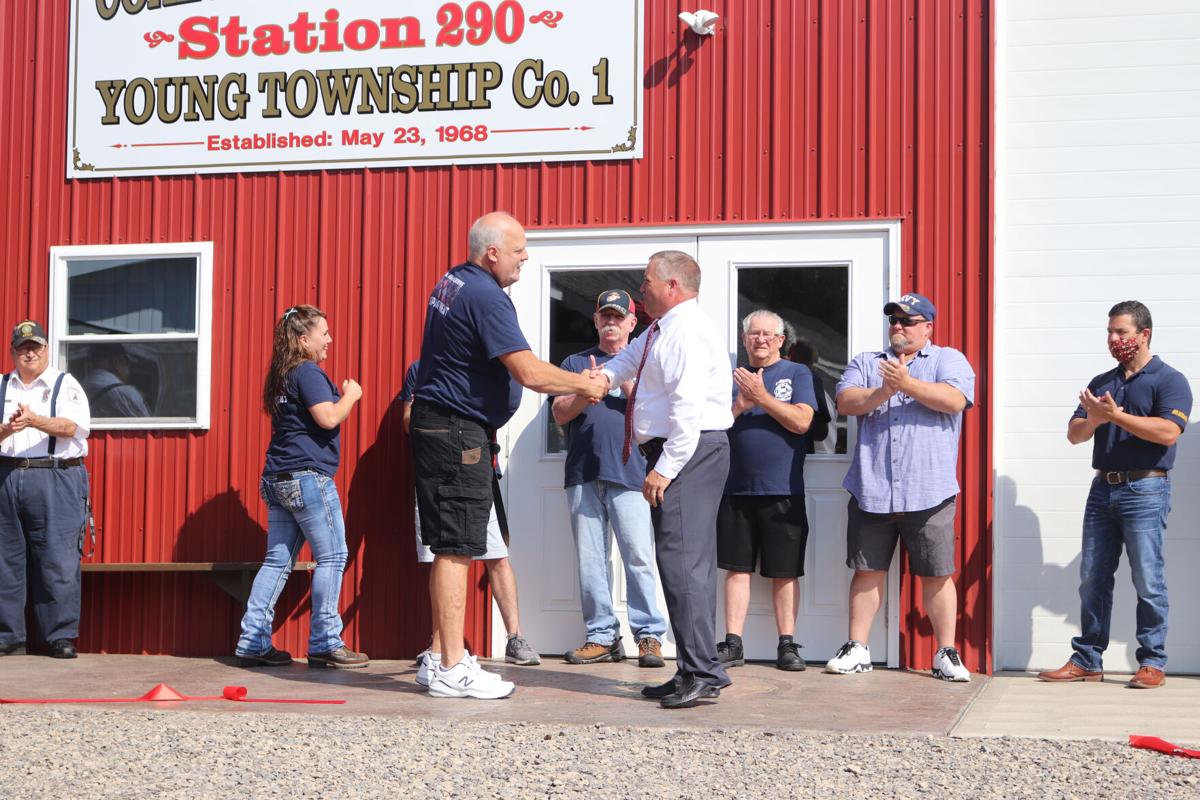 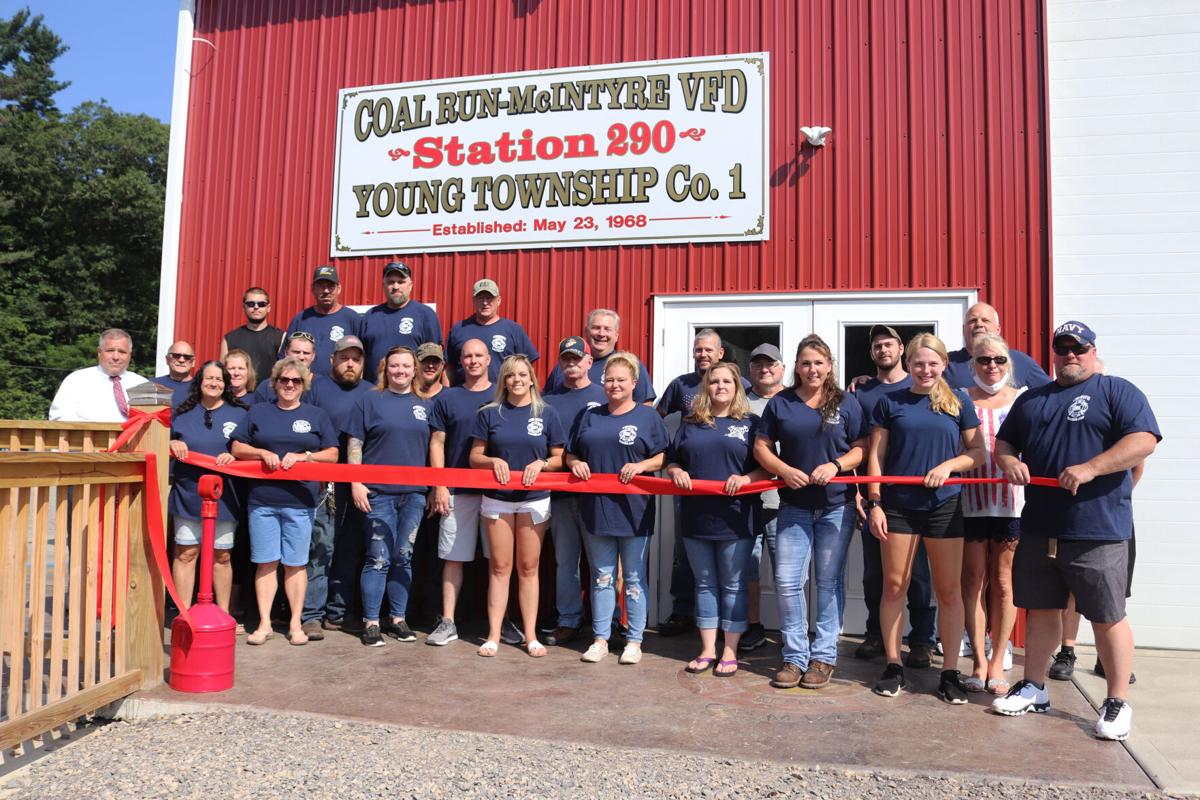 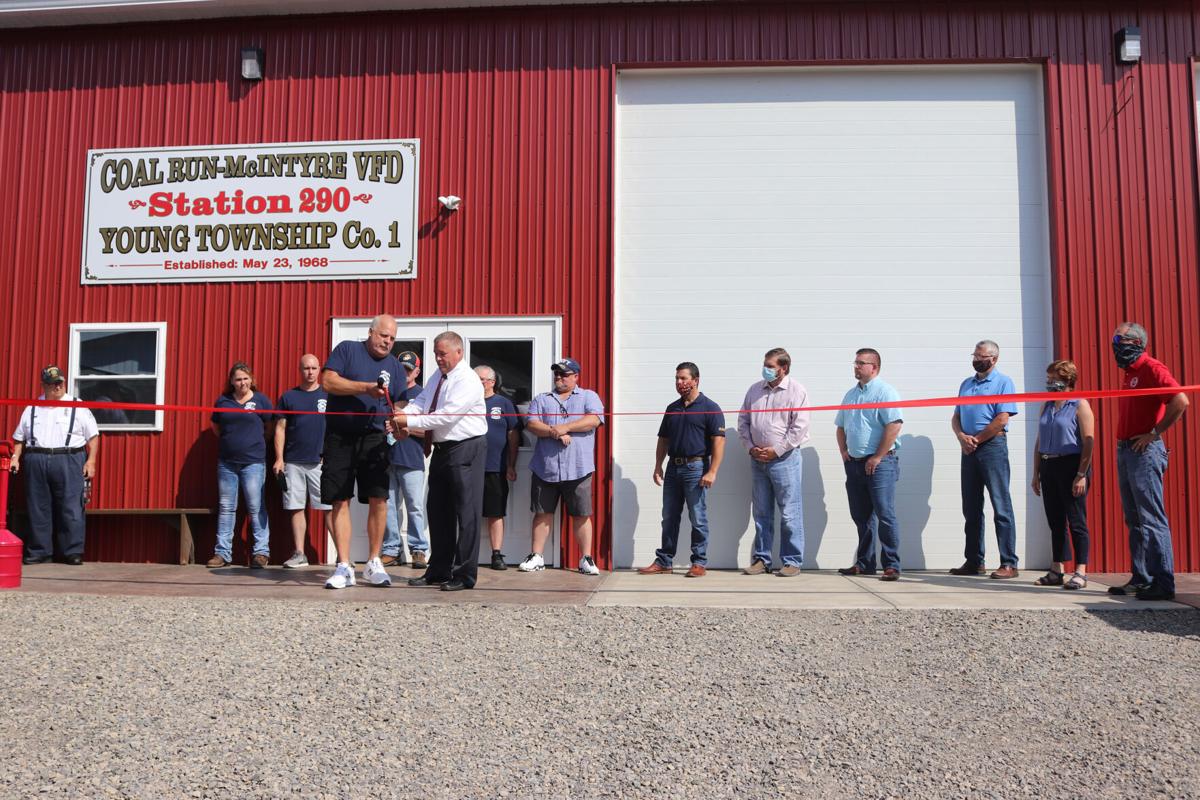 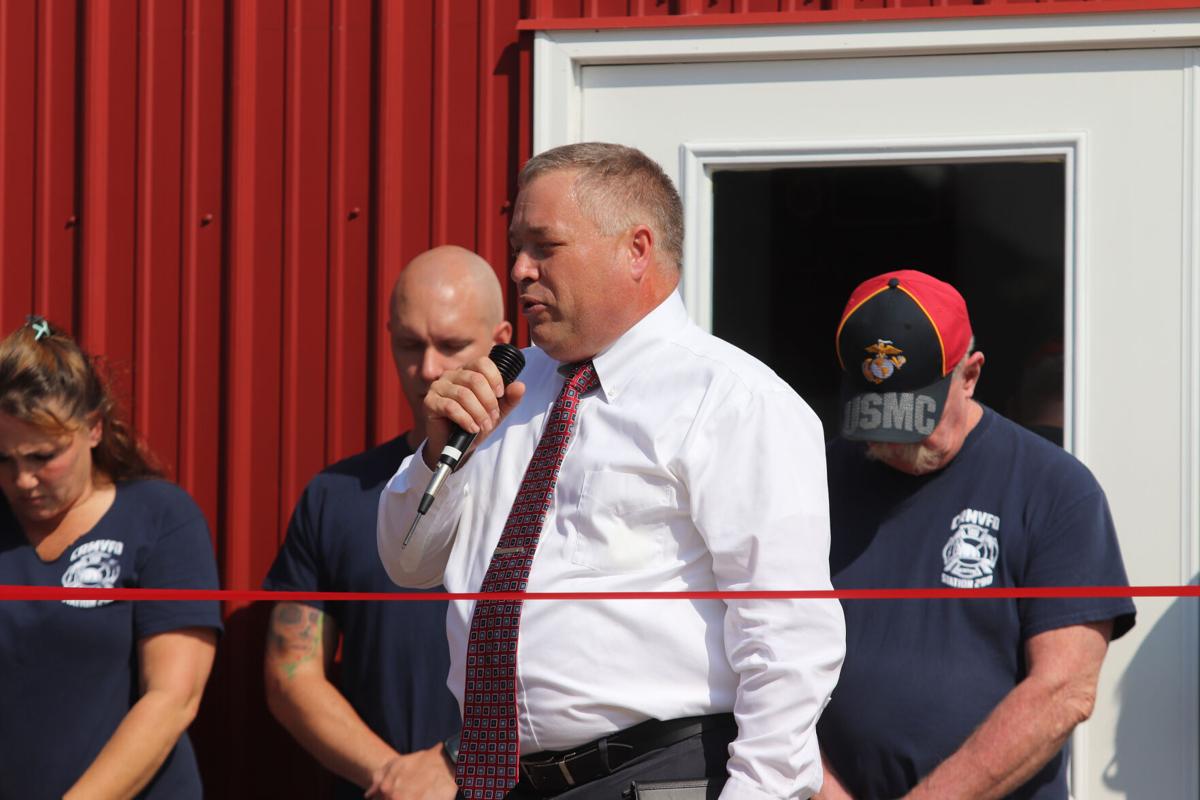 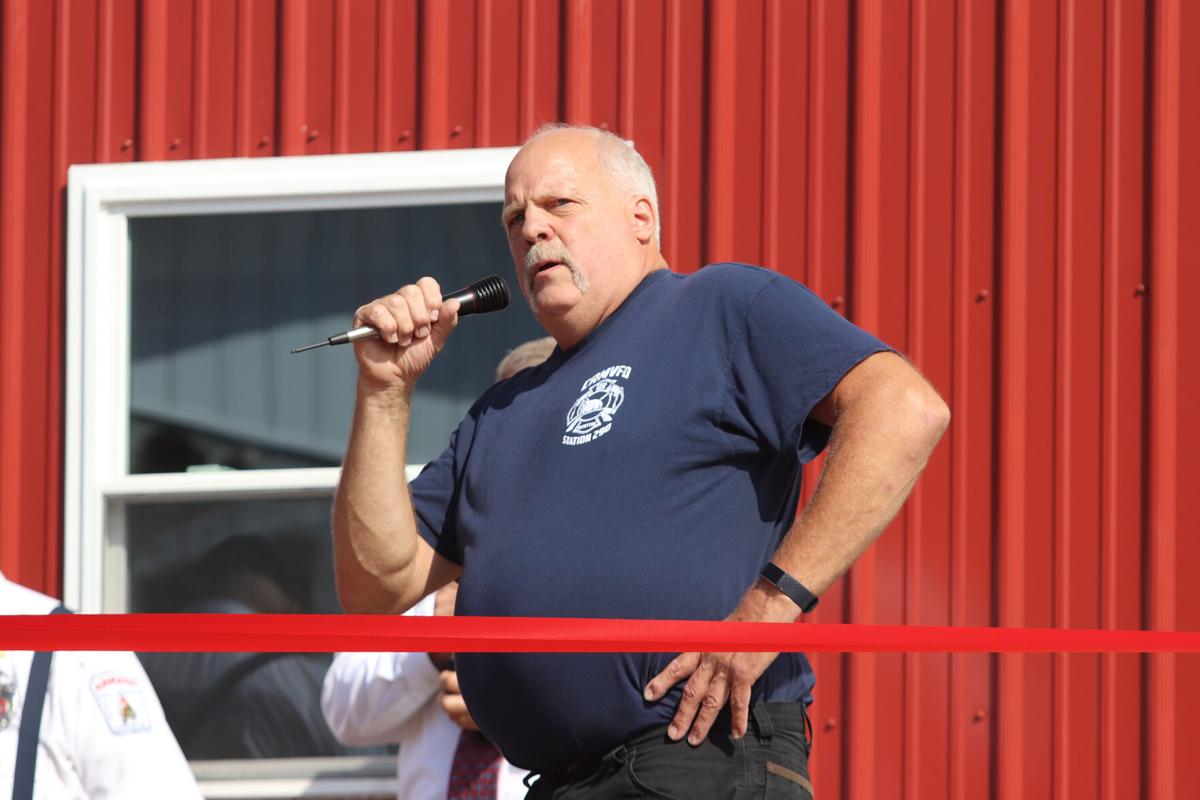 COAL RUN — Firefighters from throughout Indiana County joined their counterparts and the townspeople of the Coal Run and McIntyre area Saturday to celebrate the completion of a new fire station for Station 290, the Coal Run/McIntyre Volunteer Fire Department.

The new five-bay garage covers 6,000 square feet, can shelter half a dozen or more trucks of moderate size and comfortably seat 450 guests for banquets and receptions. It’s fully equipped with a kitchen and a second-level entertainment center.

It also shares walkways with the fire department’s original station that stands barely 20 feet away, a firehouse that local leaders fashioned from a former coal company store dating to about a century ago.

And according to Dave Galinac, president of the fire company and a former fire chief, the structure went up in lightning-quick speed, by any standard, and came in with a price tag almost half of the original estimates.

The operator of Dig All Excavation and Hauling, Galinac has credentials as a construction manager.

“I rebid the whole project and got my own electric contractors, plumbing contractors, heating and air contractors and cement contractors,” he said. “I donated a lot of my time and excavating. They weren’t going to beat me.

The only unplanned change order was paving additional apron areas that added $20,000 to the project, a cost the company paid from its coffers.

He said the company has a strong fundraising program that easily covers the monthly loan payment of $3,000. That, he credited to the department’s event committee, headed by his wife, Chris Galinac, along with Ashley and Dan Eckenrode.

Groundbreaking was held Dec. 4, a rainy and muddy day that almost forced fire officials and dignitaries to move indoors.

Snipping the ribbon Saturday to symbolically open the fire station for business went with Galinac’s introduction of dignitaries joining the celebration, his best wishes for ailing state Rep. Jeff Pyle, a backer of the fire department’s pursuit of grants but who was absent Saturday; his nod to the history of firefighting in Young Township; and his joining company Chaplain Jack Lucas for a blessing of the station, the firefighters, the people and the community that the department protects.

“Thank you for this team of volunteers who work together,” Lucas prayed. “Lord, you have blessed them immensely. You’ve called each and every one of them to a special calling, the high calling to serve this community and to protect those that they serve.”

But Galinac, a third-generation firefighter in the company, mastered the mic for his outpouring of thanks and gratitude for all who had a part in leading Coal Run/McIntyre VFC to its sharp new headquarters, including the coal miners who made Young Township thrive since 1913, and the residents of the 1950s and ’60s who came up with the first organized fire protection for the vulnerable company town homes of the area.

He read a list of almost 50 township residents responsible for starting the four divisions of the Young Township Fire Association — the Coal Run, McIntire, Iselin and West Lebanon companies — that led to the organizations that stand today.

“That’s why we honor them today. We dedicated this fire hall to them. They’re the ones who started the groundwork, they put the footprints in the sand,” Galinac said. “So we’re following their lead and their hard work.”

The department’s 2019-20 station project, Galinac said, was made necessary by the department’s growth in manpower and equipment. With active membership numbering 48, a core of 25 firefighters that he can count on to answer every alarm and an inventory of nine firetrucks, Station 290 is one of the largest and most active departments in Indiana County.

A string of community leaders helped to toast the completion of the new community landmark with formal remarks when the celebration moved indoors from the midday sun. Maybe the most rousing response came for Young Township Supervisor Brad McClure, a member of the township’s governing board for 13 years but a member of the fire company for 33 years.

Galinac saluted two local eateries for their contributions, not only to the complimentary lunch served to the event guests but for their donations and teamwork with the fire department during the spring COVID-19 stay-at-home orders. Sam Kenly of Road Side Tavern in McIntyre and Jason Cassiere of Rail House Tavern along Route 286, Galinac said, were instrumental in service to township residents in distress during the pandemic.

Cheers came too for Fire Chief Rick Hooks Jr., whose originally planned June wedding to Heather Mibroda was tossed about by the same coronavirus pandemic restrictions that jumbled the progress of the fire station.

Their intent for a wedding and reception as the first event on opening day of the fire station was simultaneously bumped as Mibroda’s chosen bridal shop was forced to close as non-essential during the shutdown of business across the state, leaving her and her bridal party indefinitely without gowns.

The same shutdown orders from Harrisburg halted the final work on the station. Galinac said the mild winter allowed accelerated construction and with completion so near that he scheduled a ribbon-cutting for April.

”We could have had this done two or three months ahead of schedule but the COVID set in,” he said.

Instead, that celebration and a fundraising gun bash both were delayed. The ribbon-cutting now in the books, the department’s ongoing virtual fundraising efforts and Friday Night Buffet featuring games of chance will continue. The gun bash is tentatively set for mid-October.