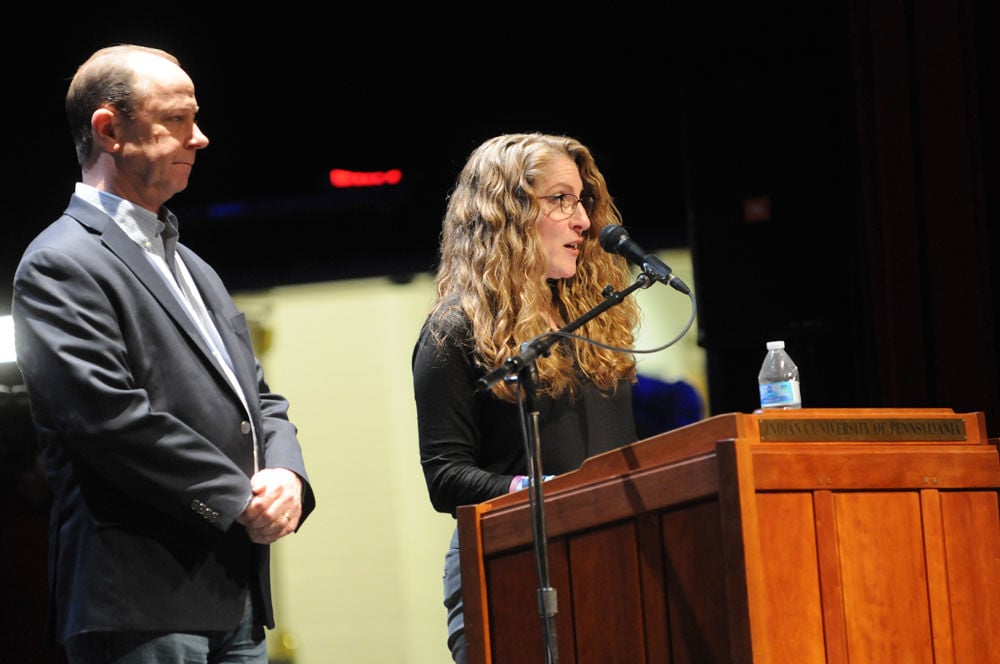 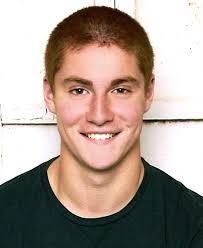 The Beta Theta Pi fraternity’s website said it was a non-hazing, non-drinking organization.

“Little did we know it was a lie,” Evelyn Piazza told more than 800 in attendance at a “Turning Tragedy into Progress” program Monday night at Indiana University of Pennsylvania’s Fisher Auditorium.

Evelyn and her husband, James Piazza, came to IUP to talk about their son Timothy, a sophomore studying mechanical engineering at Penn State.

Instead, Timothy Piazza died two years ago after an alcohol-fueled night of hazing at the Beta Theta Pi house there.

“Forcing someone to drink 18 drinks in less than 90 minutes is egregiously irresponsible,” James Piazza said. “He fell headfirst down 18 steps.”

And, they said, leaders in that fraternity overruled efforts to get help for their son until the morning after.

And a letter “to my future self” that was supposed to be opened five years after the high school class where Timothy wrote it instead was read at his funeral.

“Don’t sweat the small stuff, relax and enjoy life,” Timothy opened the letter. It closed with the advice, “cherish everyone.”

Many in the audience could be heard sobbing as they watched a montage of news coverage of Timothy Piazza’s death and other hazing incidents that preceded the Piazzas’ slide presentation.

“It is our sincere hope that everyone here tonight takes home something positive,” said Noah Schwartz, an IUP junior from Indiana and president of the university’s Interfraternity Council.

IFC co-sponsored the Piazzas’ appearance along with the university’s Panhellenic Association and the Office of Fraternity and Sorority Life. The organizations represent 12 fraternities and 11 sororities at IUP.

“It is important for our community to talk about hazing, so we can put a stop to it on all campuses,” said Alexis Pollock of Gibsonia, an IUP junior who heads the Panhellenic Association.

And that means more than college campuses.

“Hazing doesn’t start in college,” Schwartz said. “Hazing is essentially bullying, and for a lot of kids it starts in elementary school. For some it starts in high school.”

High school students were among those in the audience, and Schwartz said they as well as college students were the target audience for the Piazzas’ effort.

The Piazzas have formed a partnership focused on pursuing and strengthening state hazing laws and expanding education and training for high school and college-aged students.

It also includes Stephen and Rae Ann Gruver, whose son Max Gruver died of alcohol intoxication after alleged hazing in March 2018 at Louisiana State University; Rich and Maille Braham, whose son Marquise Braham committed suicide after a 2014 incident at Penn State’s Altoona campus; and Lianne and Brian Kowiak, whose son Harrison Kowiak died after a 2008 incident at Lenoir-Rhyne University in North Carolina.

In all, the Piazzas said, there have been 43 hazing-related deaths in the decade after Kowiak died, including seven in 2017 and four in 2018.

“We’re hearing about more deaths now,” Timothy’s father told the IUP audience. “They were never reported, but the tide is beginning to turn.”

The Piazzas said hazing can involve mental, physical and sexual abuse, sleep deprivation and even what James Piazza called “road trips” — where pledges are compelled to crowd into a car and drive while drunk on such errands as multi-hour trips to Philadelphia to bring cheesesteaks back to the fraternity house.

At first, the Piazzas told the IUP audience, they were mad at all of Greek life — but have found that hazing occurs in other aspects of college life, including bands and sports teams.

And James Piazza called “important and valuable” the networking one can have in fraternity life.

“We just want things to be safer,” Timothy’s father said.

“Hazing should not be a part of your college experience, or your friends,” Evelyn Piazza said.

“It doesn’t build unity, it shouldn’t be a tradition, and it should be brought to an end,” James Piazza said.

Two of the five goals in that plan were illustrated in Monday’s gathering at Fisher Auditorium.

One is to “achieve an environment that promotes individual/chapter accountability and sound risk management practices,” including a strategy of fostering “student-fraternity/sorority member welfare by providing resources that promote accountability, health and well-being.”

Another is to “enhance the undergraduate experience of fraternities and sororities to foster high interest in new membership,” by strategies that include strengthening “the role and image of fraternity/sorority members.”

The Piazzas are seeking to change the laws regarding hazing across the country.

Forty-four states and the District of Columbia have anti-hazing laws. Montana, Wyoming, South Dakota, New Mexico, Alaska and Hawaii do not. In Pennsylvania, a law passed in the General Assembly last year is dedicated to their son’s memory.

As signed last October by Gov. Tom Wolf, Act 80, “The Timothy J. Piazza Anti-Hazing Law,” has made hazing that results in serious injury or death a felony, punishable by up to seven years in prison and $15,000 in fines.

That made the Keystone State the 12th to list deadly hazings as felonies.

Less serious injuries still can draw a misdemeanor, punishable by up to a year in jail and $2,500 in fines.

“Why would anyone put themselves at risk for a criminal record?” James Piazza asked.

Not to mention the impact such a record might have on efforts to get a desired career, he said.

“If you make bad decisions, chances are they’re going to come out at some point,” he said. “Don’t jeopardize the great opportunities IUP has to offer.”

Another provision of Act 80 is “medical amnesty,” a safe harbor for the person who reports an incident of hazing and stays with the victim until help arrives.

Eleven states do not have that provision in their laws.

The Piazzas related what they don’t have in their lives since Feb. 4, 2017, including a son and brother.

They said they can’t spend Thanksgiving at home with an empty chair at the table, nor spend much time at Christmas with relatives because of that same absence.

They don’t know how it has affected Timothy’s brother, James Piazza said, because he doesn’t talk about it.

They said some of Timothy’s friends are in counseling.

At first, they said, her friends sought to give her support, “but after a while they just wanted to go back to their routines.”

The Piazzas’ program lasted about an hour and was followed by a brief period of questions from the audience, followed by an opportunity for students to meet the couple.