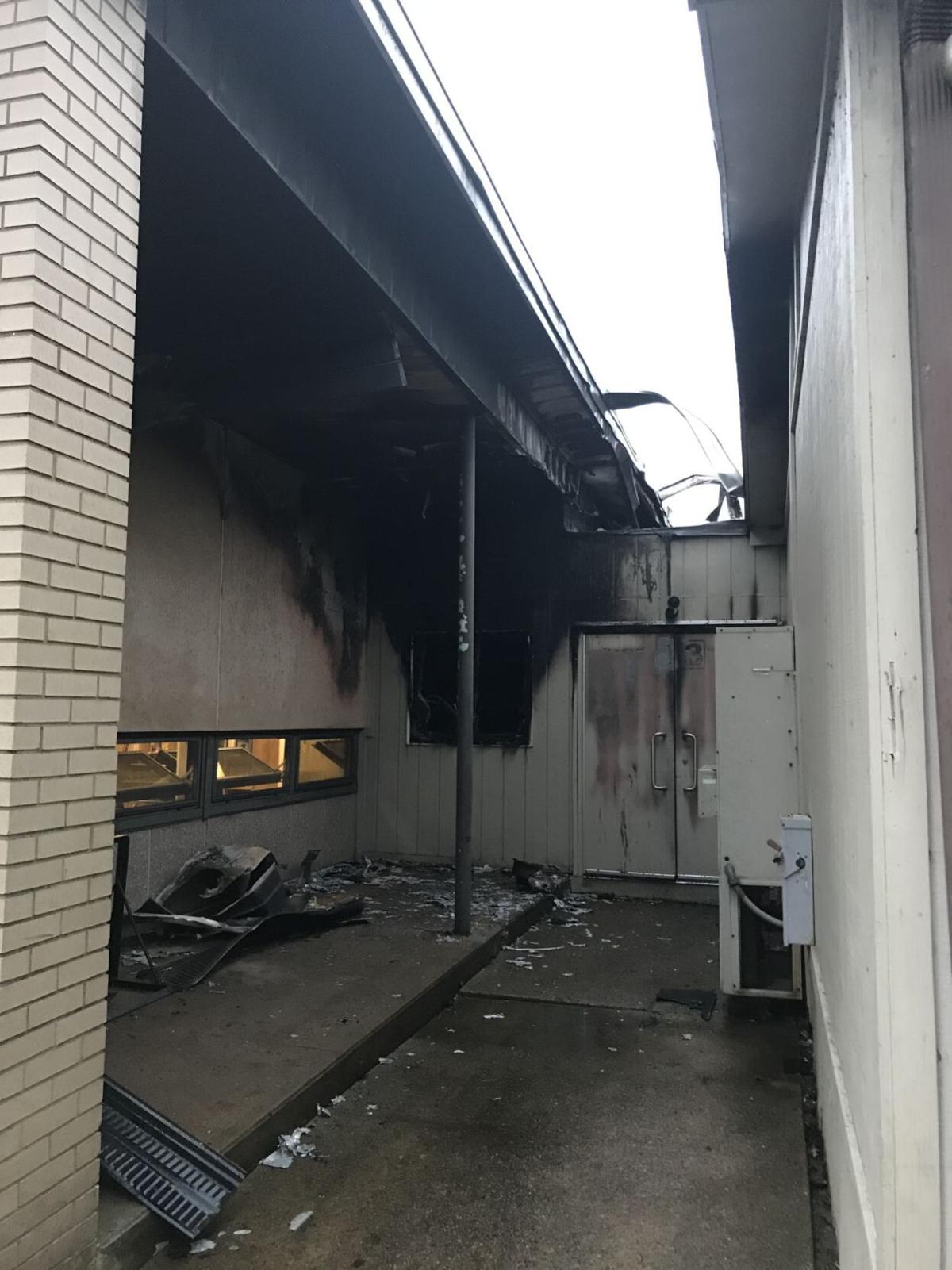 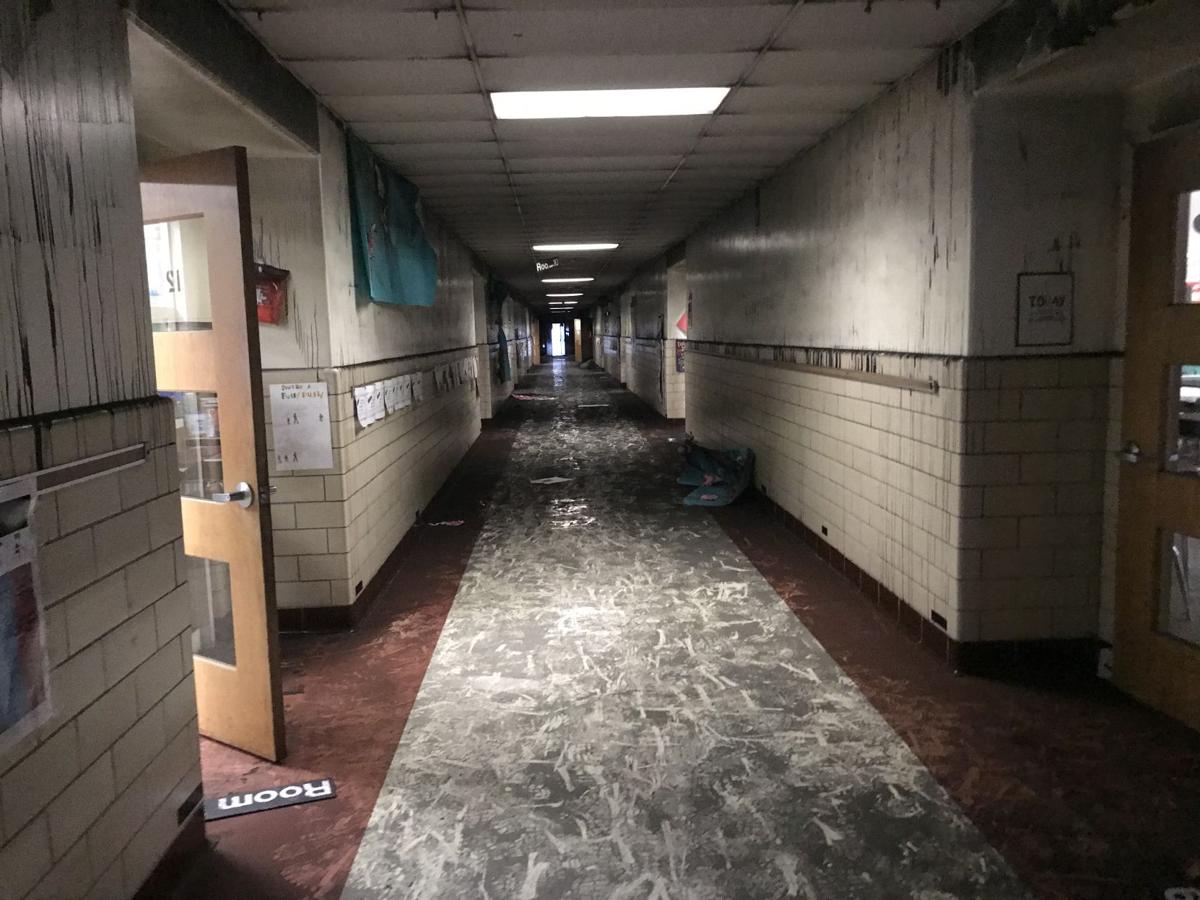 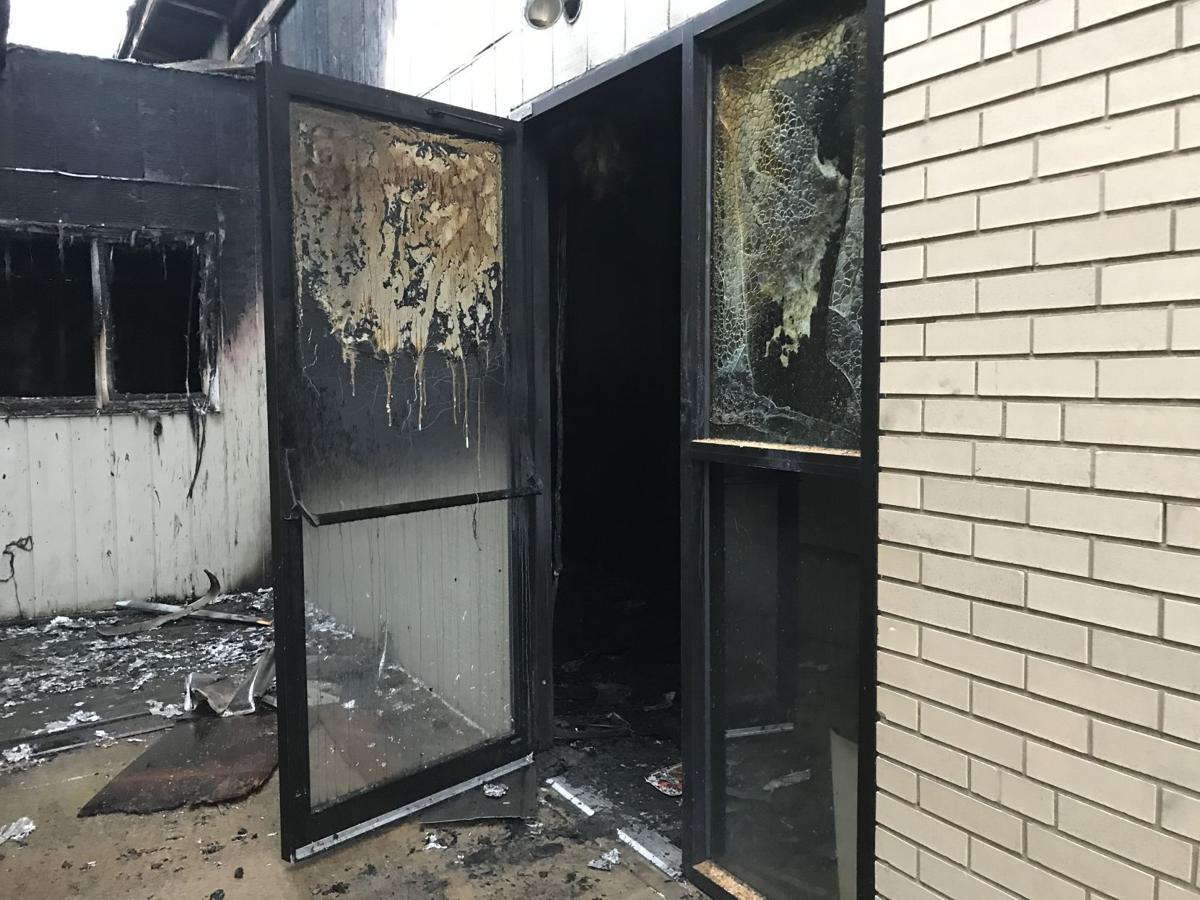 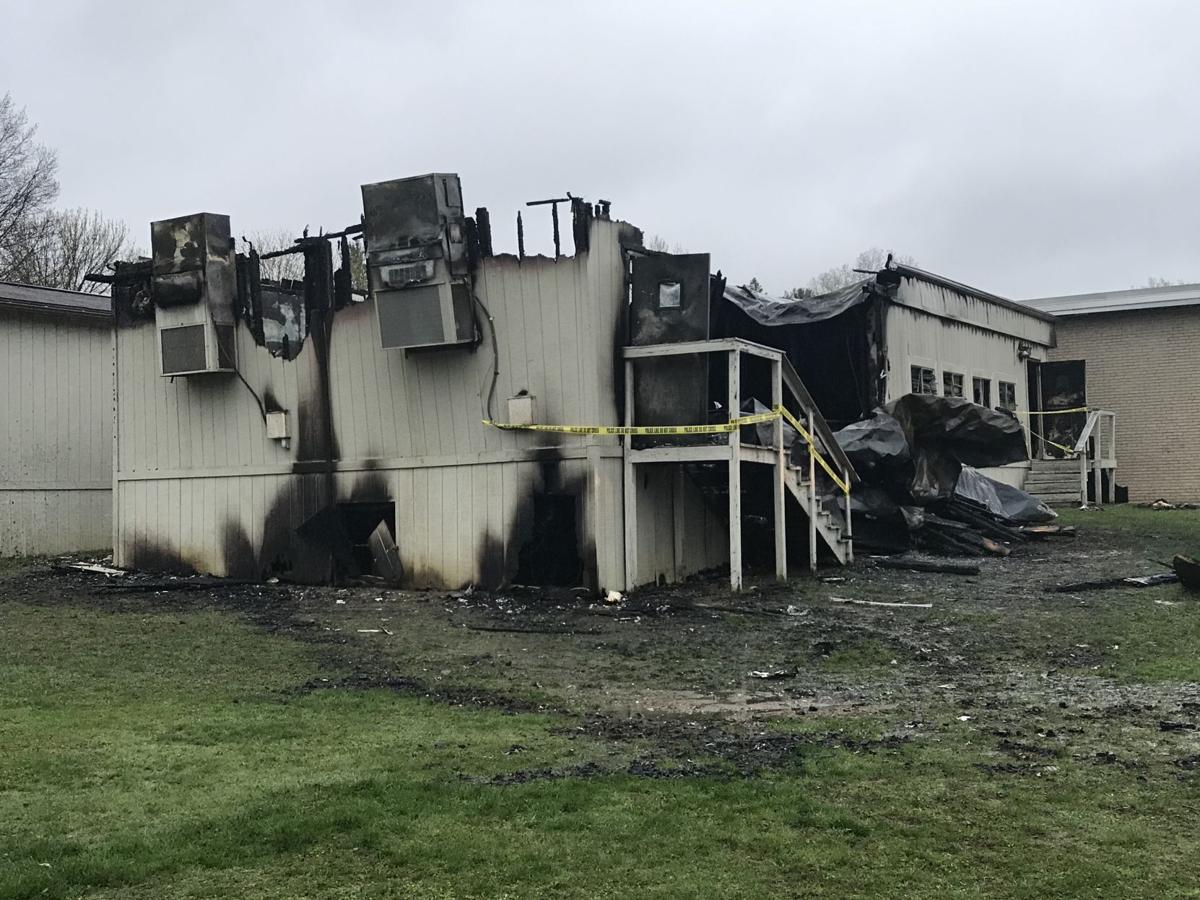 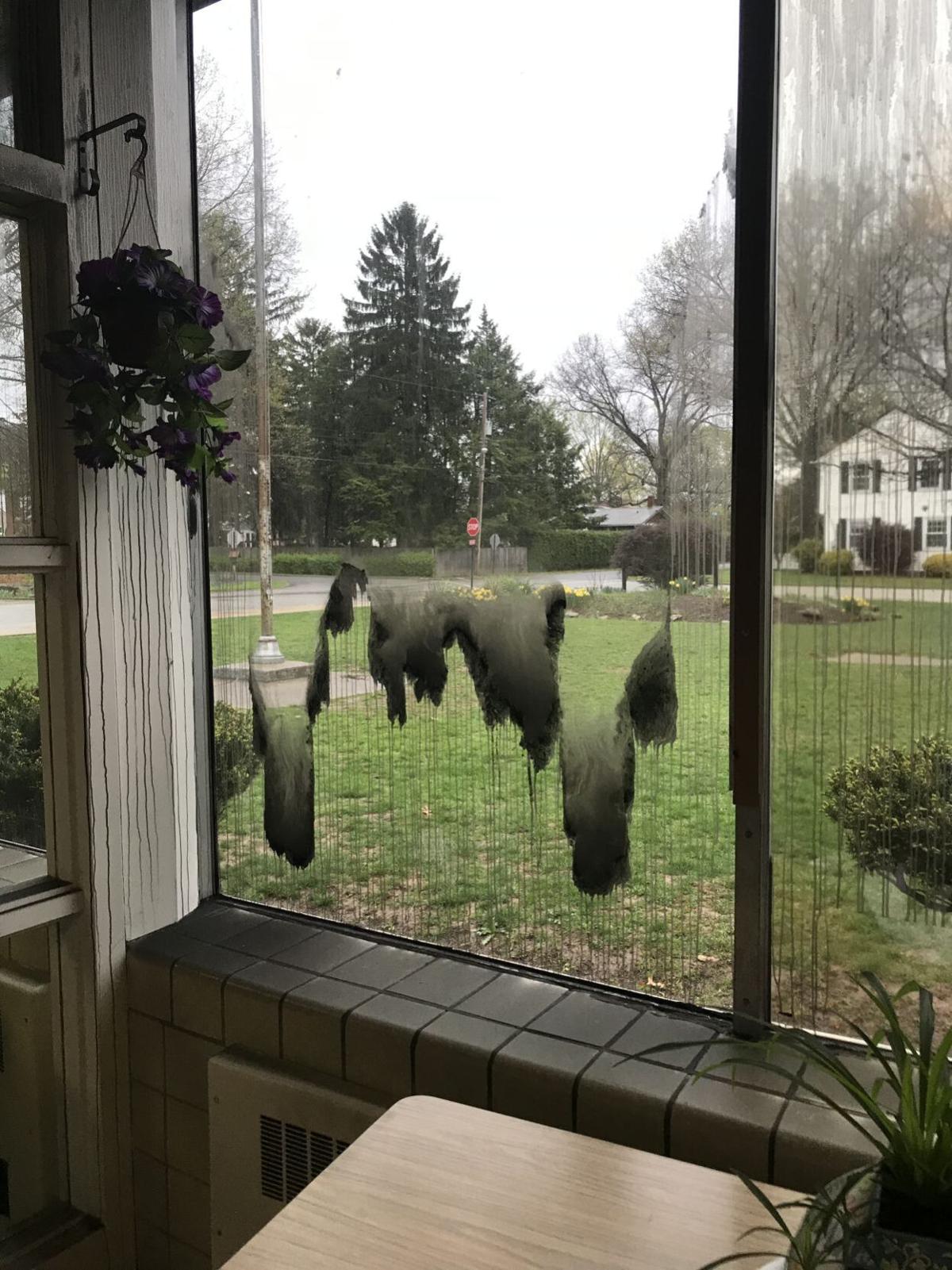 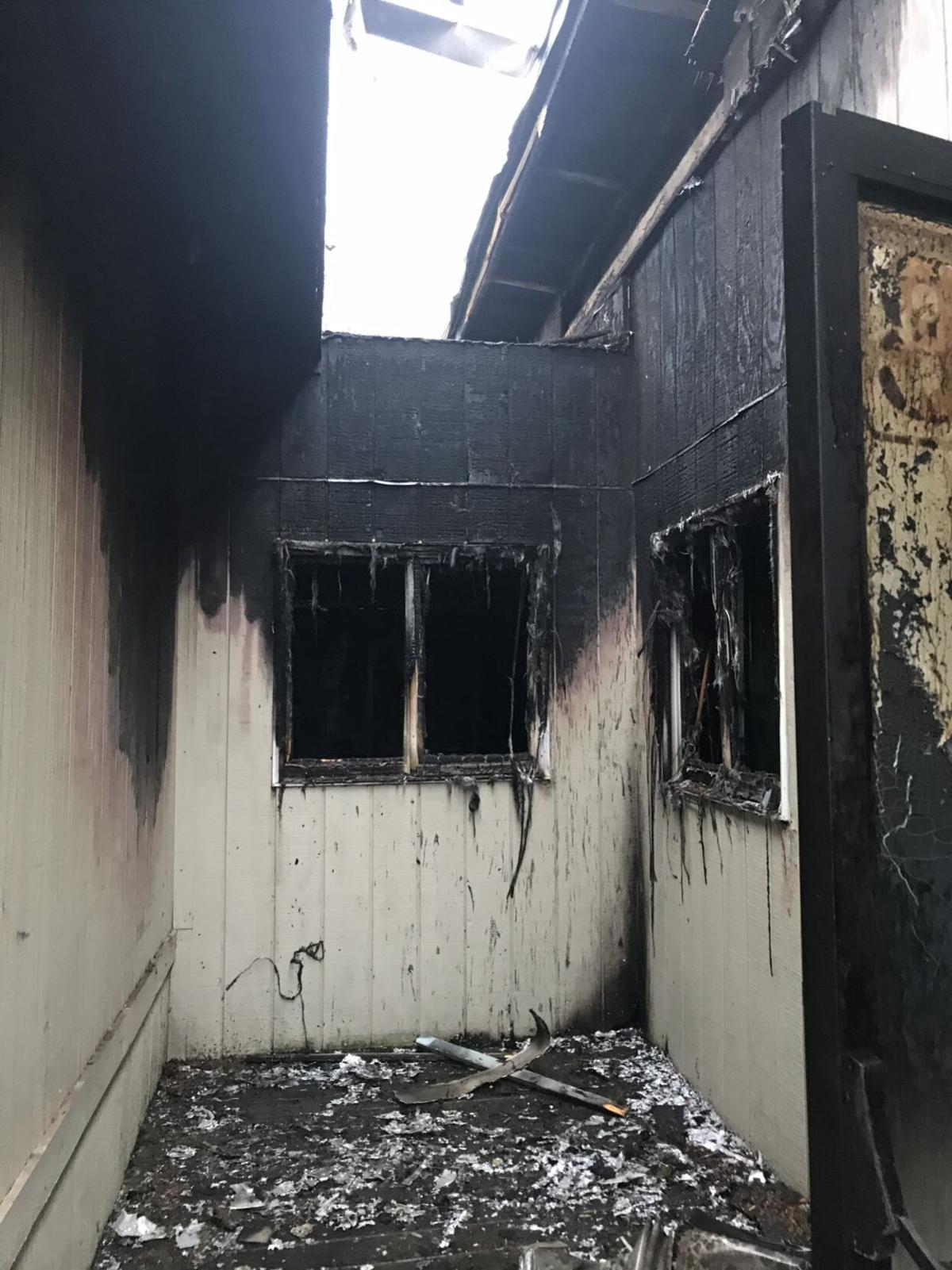 The fire was limited to the wooden modular rooms, while heavy smoke poured into the main building and coated the walls, ceilings and floors with grimy, smelly soot.

Those results were obvious. But intense heat caused structural damage to the wall and roof at the connecting end of the main building, a disaster restoration specialist told Indiana school board members Monday evening.

“The roof decking sustained probably 900 degrees of heat for over 25 minutes,” according to Stefan Schaming, of Fire and Water Restoration, of Pittsburgh.

And the smoke was sucked through the ventilation systems and caused major damage to the heating and air conditioning units in every room, Schaming said.

The condition of the MEP infrastructure — the mechanical, electrical and plumbing systems — hasn’t been fully assessed, and a full understanding of what needs to be done and how long it will take won’t be known until the evaluation is complete.

“That will allow us to determine the length of the project in detail, so through the bones of the building, what needs to be upgraded, where it is currently, how we can improve life safety moving forward and deliver the project — not just to get you back into the building but leave you in a better position after,” Schaming said.

“The mechanical side sustained heavy damage. You have unit ventilators in every room which supply your heating and air conditioning,” he said. “What that has sustained was major soot because they were operating” through the fire.

Every single one of the ventilator units has to be removed and inspected to determine whether each could be salvaged or replaced, Schaming said.

“This process is very tedious and it could be a week before we really know the scope of the HVAC damages.”

Schaming said his company would have a report of the damage to the roof on Wednesday, which will have a bearing on the reconstruction phase planning.

Wiring inspection will include a study of the data connections in the crawl space under the building.

Online, he and District Superintendent Michael Vuckovich shared photos of the damage inside the school.

Viewers saw the gutted computer lab in one of the modular classrooms, the blackened hallway of the main building, and the charred area at the connection of the two.

Vuckovich briefed the committee on the shape of “Ike,” a sprawling building approaching 70 years old in Indiana’s Third Ward.

The student body of 158 fifth- and fourth-graders was abruptly pushed back into at-home learning for Friday, Monday and today.

On Wednesday, the fifth-graders will move to classrooms in Indiana Area Junior High, while fourth-graders will join their counterparts in classes in Horace Mann Elementary School.

Vuckovich said he is confident that the buildings can handle the integration of the extra students but said the administration at Indiana University of Pennsylvania has offered the use of classrooms in Davis Hall to handle any overflow, if needed.

“When this happened, they were very kind and hospitable and tried to help us get the kids back in school,” Vuckovich said.

Students were said to have taken their Chromebook laptop computers home with them Thursday night and were expected to quickly come up to speed in their transition to online learning.

It may have been a different story for teachers, whose lesson plans and teaching materials may have been left in the school and subjected to the smoke during the fire.

Getting back to the classrooms to see what could be salvaged was a dangerous prospect.

“We have air scrubbers that are filtrating the air inside. That kind of ties into the general population coming into the building because the current air inside is not 100 percent safe,” Schaming said. “So we have to make sure that we are filtering the air with air exchanges, and we are testing air samples to make sure that the air is safe to breathe for someone who is not properly fitted with a respirator.”

On site insurance inspections and meetings with adjusters began Friday and will continue this week, Vuckovich said.

The fire was discovered about 1:50 a.m. Friday. Neither a state police fire marshal nor an insurance fire inspector have discovered the cause of the fire, the school board was told.