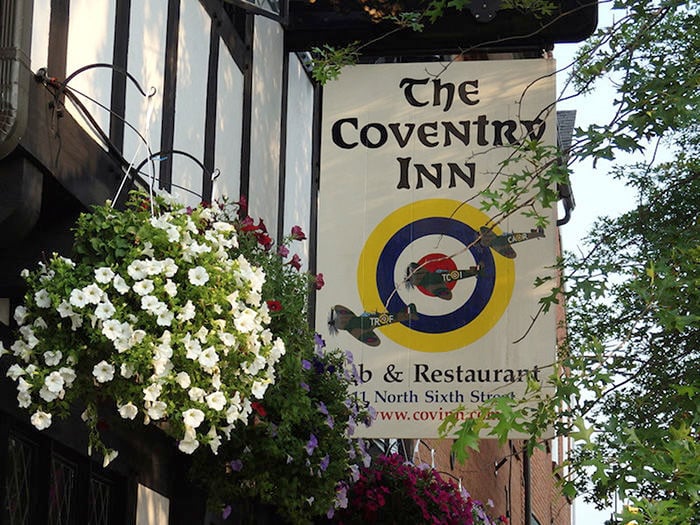 The late Charles Runyan ran the Coventry Inn in the style of an English pub for a quarter century, but was unable to find a buyer before his death late in 2018. Milan Adamovsky plans to reopen the inn as a steak house, in one of the purchases he's made of real estate in the downtown Indiana business district. 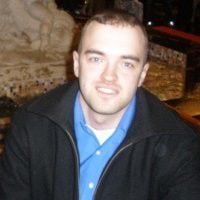 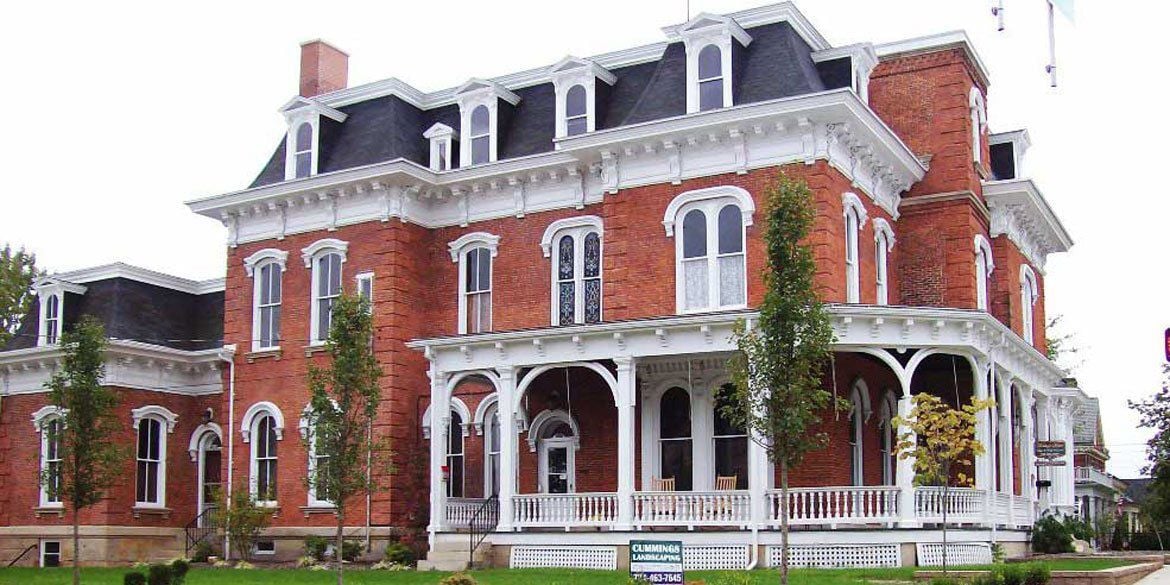 The Heritage House Suites at 209 S. Sixth St. in Indiana is among the properties Milan Adamovsky is acquiring, as he seeks to invest in the town. Other purchases include the Coventry Inn and some adjacent buildings there, as well as the Elkin Building on the west end of the downtown business district.

The late Charles Runyan ran the Coventry Inn in the style of an English pub for a quarter century, but was unable to find a buyer before his death late in 2018. Milan Adamovsky plans to reopen the inn as a steak house, in one of the purchases he's made of real estate in the downtown Indiana business district.

The Heritage House Suites at 209 S. Sixth St. in Indiana is among the properties Milan Adamovsky is acquiring, as he seeks to invest in the town. Other purchases include the Coventry Inn and some adjacent buildings there, as well as the Elkin Building on the west end of the downtown business district.

A Czech immigrant who became a software engineer in New Jersey is looking to find peaceful communities and improve them — by purchasing real estate, including multiple buildings in downtown Indiana.

“I love Indiana,” Milan Adamovsky said. “I love the vibe of the town, and there is so much potential.”

So much so that he’s made purchases that include historic buildings such as the Heritage House Suites along South Sixth Street, a renovated 12,000-square-foot mansion originally built by James P. Carver in 1870.

Adamovsky thought there was “no way ... such a beautiful building” could exist in a small town like Indiana.

He also found buildings he could convert into “higher-end apartments,” such as the Elkin Building in the 1000 block of Philadelphia Street, which dates to 1919.

“I want to try to give it a bit of a facelift,” Adamovsky said. He also foresees some changes to its facade, but first, “I need to find out what the codes are.”

He also wants to do that with a three-story building at 577 Philadelphia St., around the corner from the old Coventry Inn, and the building now housing Grubs, also along Philadelphia Street.

Adamovsky plans a mix there, with commercial remaining on the ground floor and two higher-end apartments upstairs.

Then there’s the long-closed but still fondly-remembered Coventry Inn, at 11 N. Sixth Street.

“I want to turn that into a steakhouse,” Adamovsky said. “I want to install some of the kitchen stuff bought from the VFW.”

Charles Runyan ran the Coventry Inn for 25 years as a self-styled “cozy English pub and restaurant.” He could not find a buyer for it, so he closed it less than a month before his passing at age 72 on Dec. 22, 2018.

“In the end … my building will have to live on without me,” Runyan wrote in a posting on Dec. 5, 2018. “I only hope I can find a new owner who will love it as I have and maybe complete the work which is still undone.”

As Runyan also noted, the brick portion of the building at Philadelphia and North Sixth streets “constitutes the second-oldest building in downtown Indiana.”

Adamovsky said he loves being in a more peaceful area rather than “with all the rioting” and negativity he was experiencing in New Jersey. He also took that philosophy to Oil City, Venango County.

As reported last month in the Oil City Derrick, Adamovsky is seeking out multi-story buildings in that city’s North Side business district, including the former National Fuel Gas headquarters that includes two adjoining buildings at 308 Seneca St., the IOOF Building at 220 Seneca St. and the Grandview Estates furniture store building at 202 Center St.

He also has purchases pending of the former Isaly’s building at 217 Seneca St. and a multi-office building that had housed the Rosen-Varsek-Rosen law office at 106 Center St., all in Oil City.

He has looked elsewhere, too, choosing Indiana after first checking out Johnstown.

“I left very sad and very depressed,” Adamovsky said. “There is so much to work with, but there is nothing happening. The city itself is beautiful and it has a lot of potential.”

As for Indiana, the “polished look of the town ... super impressed” Adamovsky.

It is a town that is struggling, he said, but despite it “I was surprised I saw a lot of foot traffic on Philadelphia Street.”

While in Indiana, he actually was apprehensive at first when he was greeted by someone who crossed the street to talk with him, but that changed.

“People would come up and talk to me,” Adamovsky recalled. “I was impressed with the people here.”

And he came to a conclusion: “I really need to help this community.”

His involvement in Indiana coincided with the search for a new mayor, after George Hood left the office for health-related reasons and moved to his daughter’s home in White Township.

Adamovsky did not qualify for mayor, because he hadn’t lived in Indiana long enough.

But when Joseph Trimarchi was chosen by Indiana Borough Council as interim successor to Hood, there were compliments for all those equally interested in Hood’s office, including Adamovsky.

“All of these folks are great and we would be lucky to have any of them,” Council Community Development Committee Chairman Ben Ford said.

“We received letters from four, five high-quality individuals,” Councilman Jim McQuown said. He told his colleagues he felt certain those not chosen would continue to be involved in the borough.

The Coventry Inn could have wound up being an Eastern European restaurant. Adamovsky thought about it. He was surprised with much of what he found in Indiana, including Caffe Amadeus, which touts high-quality, hand-crafted beverages, including the use of fresh roasted coffee beans, along with homemade European-style pastries.

“My jaw dropped,” Adamovsky said. He was amazed that there was a pastry shop with “a pretty diverse selection of flavors,” including Hungarian and eastern European fare.

He later dropped the idea of an Eastern European-style restaurant at the old Coventry Inn location, saying “too much training of the palate” might be required, though he thought there may be specials at his steakhouse.

“I was born in Prague,” Adamovsky said. It still was in Czechoslovakia then, but in 1992 Slovakia peacefully split off from what remains the Czech Republic today.

His family would move to Sweden and other European locations before emigrating to New Jersey. It allowed the future software engineer to pick up Czech, Dutch, English, French, German, Luxembourgish, Russian, Spanish and Swedish languages.

Adamovsky said he plans “a very cool event” in Coventry, similar to an open house and party he had this past weekend in Oil City.

There he set up a Facebook group. He said he wants to do something similar for Indiana, as a way to “connect the community and empower the community” and give residents “the opportunity to revitalize their own community.”

He wants it to be an action group, and a nonpolitical one.