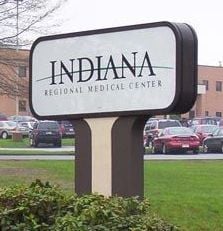 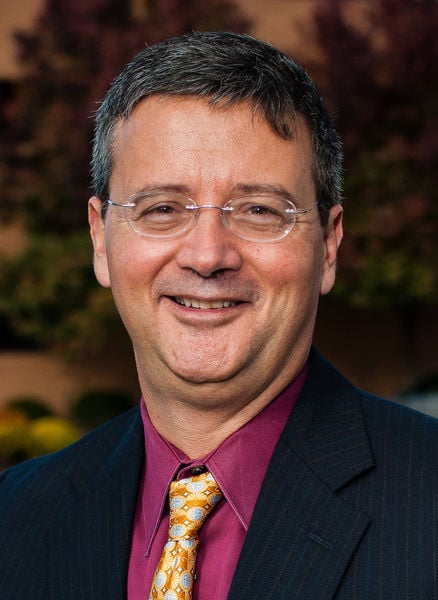 Amid the COVID-19 crisis, longtime Indiana Regional Medical Center CEO Steve Wolfe said he wants to be an encourager.

“We have a lot to be thankful for,” Wolfe said during an interview Tuesday with The Indiana Gazette, noting that Indiana County has been blessed “to have a little more time and space” to take on a crisis that has resulted so far in 21 positive cases.

He also is a realist.

“We’re definitely in the community spread stage of this,” the IRMC CEO said. “There has never been a time to be more vigilant.”

The vigil may last a while.

“We will ultimately be at a peak,” Wolfe said. “Maybe in mid-May. It could go to the end of May. It is going to get worse before it gets better.”

It also remains a time of uncertainty, as IRMC seeks ways to get testing done and get the results back quickly.

“Initially we had to send everything to California,” Wolfe said. “The turnaround was a week to a week and a half, and there are some tests that haven’t come back, and after two weeks it becomes irrelevant.”

As of midday Tuesday, the Pennsylvania Department of Health reported 21 positive cases of COVID-19 in Indiana County — a figure that Wolfe believes is low.

And the specter of positive cases has come home to the White Township hospital.

“We’ve had some positive tests for employees for COVID,” Wolfe said. Others are in quarantine as a precaution.

Still, he said, “we’re doing OK, but it has been concerning.”

Indiana County’s positive cases are only a fraction of what’s been reported so far in the Keystone State, which through Tuesday has 14,559 positive cases — and at least 240 deaths, none in Indiana County, though Allegheny County has had six and Cambria County one.

Keeping things in perspective, Wolfe said, “we are definitely seeking a majority of citizens in Indiana County testing negative.”

Statewide through Tuesday, the Department of Health reported that 76,719 tests have come back negative, or nearly six cases for every positive result.

And while IRMC is taking in 20 to 30 patients every day, not every positive case may require hospitalization. Wolfe said someone whose symptoms can be managed remotely can be sent home to self-quarantine.

What’s needed for those who must stay is called a negative pressure room, which the hospital has a limited number of, Wolfe said.

According to engineering sources including Penn State University’s Department of Architectural Engineering, negative room pressure is an isolation technique used in hospitals and medical centers to prevent cross-contamination from room to room.

Such a technique involves a ventilation system that removes more exhaust air from a room than air is allowed into the room. In short, it involves creating a vacuum.

It became an issue in the dental profession, as initially the Department of Health restricted what sort of care could be offered to those with severe pain and swelling, or who had traumatic injuries to their teeth as a result of accidents.

Two weeks ago, with guidance from the Pennsylvania Dental Association and others in the dental profession, the Department of Health revised its restrictions on dentists without access to such rooms. Routine dental care still is prohibited, but patients with dental emergencies or urgent dental needs can be seen.

Meanwhile, IRMC is coping with supplies on hand, from personal protective equipment to ventilators.

IRMC has 22 ventilators. Wolfe said that’s “quite a few for a hospital our size.”

Elsewhere, Wolfe said, “we’re kind of out of the woods on surgical masks. We’ve been able to meet the (Centers for Disease Control and Prevention) guidelines.”

An N95 mask or N95 respirator is meant to filter out 95 percent of airborne particulates.

While “FEMA (Federal Emergency Management Agency) continues to tell us they’re well supplied,” Wolfe said IRMC has seen some of its shipment of masks seized by federal authorities to go to places that aren’t so well supplied, such as Louisiana.

Even with such actions, however, IRMC believes it has enough masks, as it looks ahead to “a real critical moment” over the next several weeks.

“We’ve gone through worse times in our history,” Wolfe said. Still, he urges the public to continue practicing social distancing, to stay at home, to remain calm, and at a time of year when Christians and Jews are marking some of their most important religious observances, “have faith.”