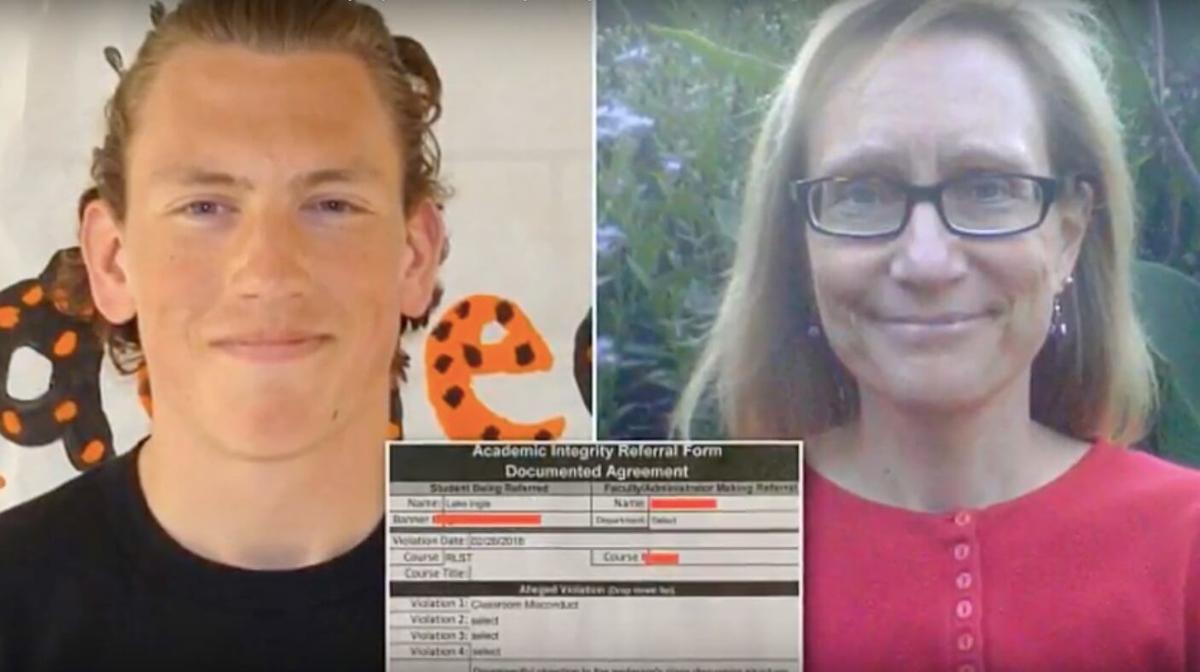 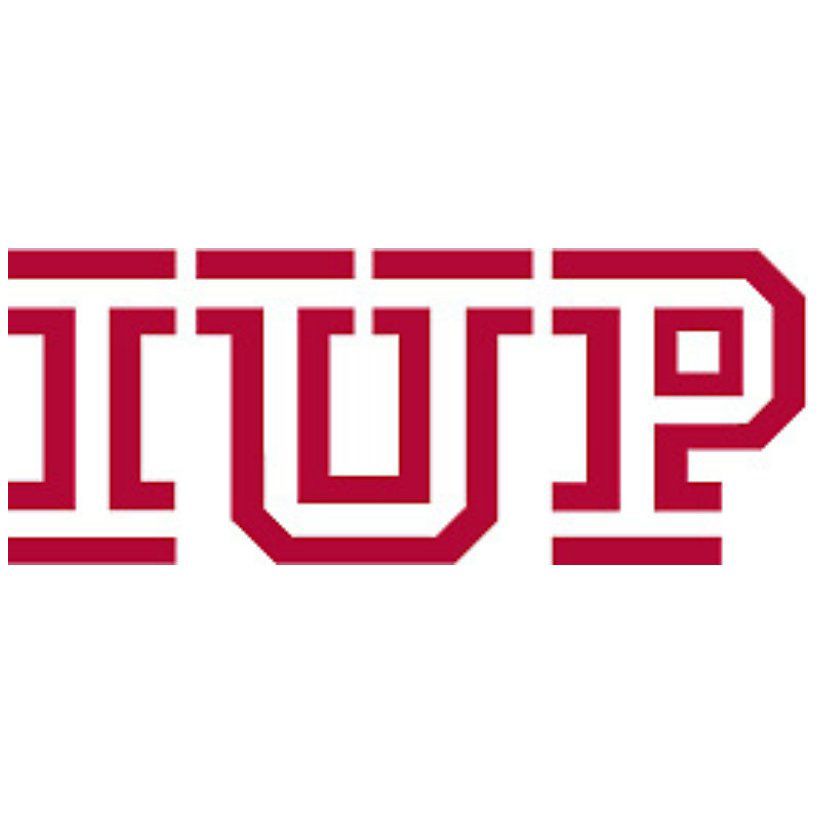 A decision could come Monday from Indiana University of Pennsylvania’s academic integrity board regarding a student barred from a religious studies class over a dispute about a recorded lecture by a transgender minister.

In an interview this week with a Blair County radio station, senior religious affairs major Lake Ingle, of Tyrone, said he is “passionate” — and his Feb. 28 confrontation with Professor Alison Downie “isn’t the first time I have spoken out in class in this manner.”

The confrontation was over Downie showing a TEDx YouTube talk by the Rev. Paula Stone Williams, formerly known as Paul Williams.

“She might have an inkling, if she’s working twice as hard for half as much,  but she has no idea how much harder it is for her than it is for the guy in the Brooks Brothers jacket across the hall,” Williams went on. “I know, I was that guy … and I thought I was one of the good guys, sensitive, egalitarian.”

Meanwhile, Ingle’s objections and their aftermath led to a letter from IUP Provost and Vice President for Academic Affairs, as shared with readers of the Campus Reform website under the headline “Student barred from class for claiming there are two genders.”

“The Office of the Provost has received a request from (name redacted), instructor for RLST 481 — Special Topic — Self, Sin, and Salvation, to remove you from class due to behaviors that significantly disrupt the learning process in this class,” wrote Dr. Timothy Moerland.

Moerland’s name also was redacted from the letter posted by Campus Reform, but his signature and title weren’t.

“Due to the serious nature of this issue, you are barred from attending this class in accordance with the Classroom Disruption policy (page 39 Undergraduate Catalog),” the letter continued. “You will not be allowed to return to class until the pending academic integrity charges against you are fully adjudicated.”

In an interview with The Indiana Gazette, Williams said she is aware of the controversy largely from what she’s seen on Fox News and in the Daily Mail, two in a series of media to pick up the story.

“I certainly would trust the institution and their due process to make the determination on this,” Williams said from Longmont, Colo., where she is pastor of preaching and worship ministries at Left Hand Church and president of RLT Pathways. “They are the ones with the information on this, not any media outlet.”

Ingle has not responded to the Gazette’s requests for comment.

The 2013 graduate of Blair County’s Tyrone Area High School posted on Facebook that a ruling from the IUP academic integrity board will be released Monday.

Ingle told “Two-Way Radio” on Altoona’s WRTA-1240 that his main objection was the use of an anecdotal account as “inarguable fact.”

“It was a speaker who formerly was a minister, formerly a male minister, very popular one,” Ingle said earlier this week. “Now she is a transwoman minister, different ministry now. She was fired from her previous one.”

“I was the CEO of a large religious nonprofit,” Williams said. “I was on the preaching team of two megachurches. I was editor at large of a leadership magazine. I lost all of those positions.”

After hearing Williams, Ingle told WRTA, Downie “opened the floor up to women only. No women spoke, they weren’t interested in the conversation at all. Maybe because they didn’t have the same feelings that the speaker did about systemic male sexism.”

“That is his characterization,” Williams said. “There is no specific words about sexism (on the video). Sexism is never mentioned in the talk.”

Ingle also said that he had “brought up the fact that there are two genders and they were offended.”

According to its page on Facebook, “as a watchdog to the nation’s higher education system, Campus Reform exposes bias, abuse, waste, and fraud on the nation’s college campuses.”

Earlier this week, Ingle told “Two-Way Radio” that Downie “and many professors like her constantly abuse their power as intellectuals in the classroom. They are professors who have agendas. We all know the narrative, the professor has an agenda, foists it on the student, the student gets infected and indoctrinated, brings it home with them. The parents are like, ‘what the heck,’ and are left to sort it out.”

“I knew from the time I was 3 or 4 years old I was transgender,” Williams said in her TEDx narrative. “In 21 states you can’t be fired for being transgender, but in all 50 you can be fired if you are transgender and you work for a religious organization.”

Williams said the transition did affect her family, including a son who had followed his father into ministry.

“My son and I actually work quite closely now,” Williams said. “I am very close with my two daughters and my ex-spouse.”

For the past five years Downie has been an assistant professor in IUP’s Religious Studies Department. She has a master’s degree in English and a doctorate in Systematic Theology from Duquesne University.

Her IUP website page said “her academic interests include ecofeminist theologies, disability theologies, religious understandings of self and memoir, religious themes in literature and film, and interfaith dialogues.”

Downie was not in her office Tuesday and was not available for comment. She and other IUP faculty, students and staff are on spring break, but a staffer in the Department of Religious Studies referred callers to the university’s chief spokeswoman.

“I am unable to comment on your inquiry due to the requirements of the Family Educational Rights and Privacy Act pertaining to student education records,” said Michelle Fryling, IUP executive director of communications and media relations.

However, a blog item posted by Downie on an unrelated matter in January provided insight into how she handles matters in her classroom.

“In a classroom, in my professional life, I’m perhaps hyper-vigilant in preventing potentially shaming exchanges,” Downie wrote. “Student feedback tells me my Religious Studies classes are safe spaces. Yet I keep myself safe by operating only out of my intellect, employing analysis and critique in the third person.

“In the classroom or while writing an article, I know how to keep myself safe,” she went on. “I patrol very clear boundaries. And over several decades, I have developed effective strategies for replenishing myself when shame overtakes me in situations beyond my power to orchestrate.”

Ingle told Campus Reform that he met with Downie on March 1 and received two documents, an “Academic Integrity Referral Form Documented Agreement” and a statement of his alleged violation, with sanctions.

Ingle allegedly made a “disrespectful objection to the professor’s class discussion structure,” refused “to stop talking out of turn,” made “angry outbursts in response to being required to listen to a trans speaker discuss the reality of white male privilege and sexism,” made “disrespectful references to the validity of trans identity and experience” and stated a “disrespectful claim that a low score on any class work would be evidence of (the) professor’s personal prejudice.”

According to the stated sanctions, “Lake (Ingle) will write an apology to the professor which specifically addresses each of the disrespectful behaviors described above, demonstrating ability to take responsibility for inappropriate behavior which has significantly damaged the learning environment of this course.”

Ingle was told he would “explain the importance of an atmosphere of safety for an educational environment (and) explain how he will demonstrate respect for the professor, the course material, and all fellow students at each remaining class session.”

He was told he would begin the March 8 session of Downie’s class with that apology “and then listen in silence as the professor and/or any student who wishes to speak shares how he or she felt during Lake’s disrespectful and disruptive outbursts” on Feb. 28.

However, a day after that meeting with Downie, in his letter to Ingle as posted by Campus Reform, Moreland wrote to Ingle, “you are restricted from any contact, in person, via electronic media and/or by third party with this class or the professor until this issue is resolved. Failure to comply with this restriction will result in a referral to the University Judicial System with a charge of C-10 — Noncompliance with the terms of a university directive.”

Ingle posted on Facebook that he was “fighting to make my voice heard,” as “this is not (a) transgender, woman’s rights or wage issue. This is about free speech and the constant misuse of intellectual power in universities.”

Then, on March 6 he posted, “I have been advised by my legal (counsel) to delete my previous post regarding my dispute between myself and an IUP professor. I will be updating my situation throughout the week.”