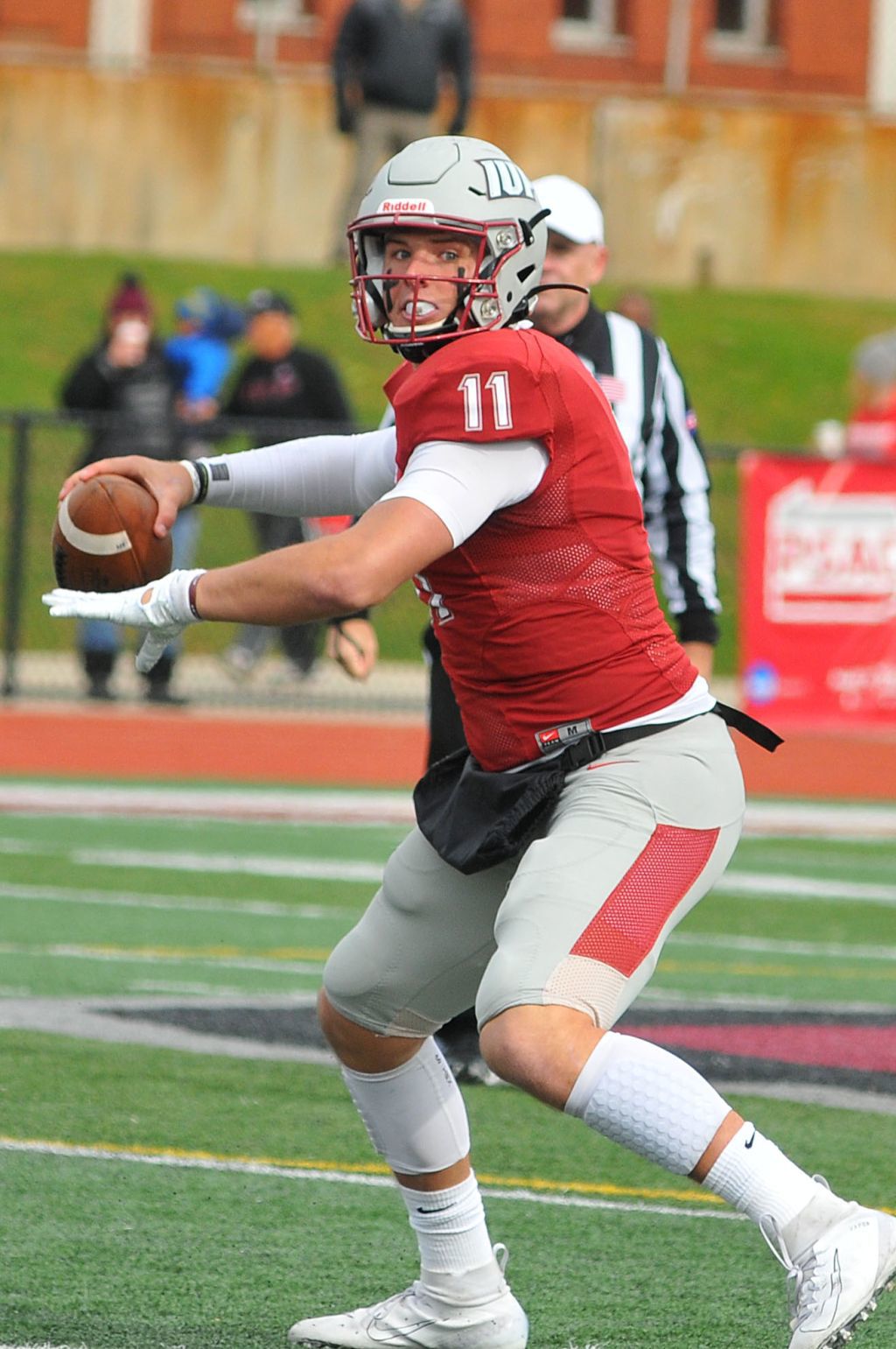 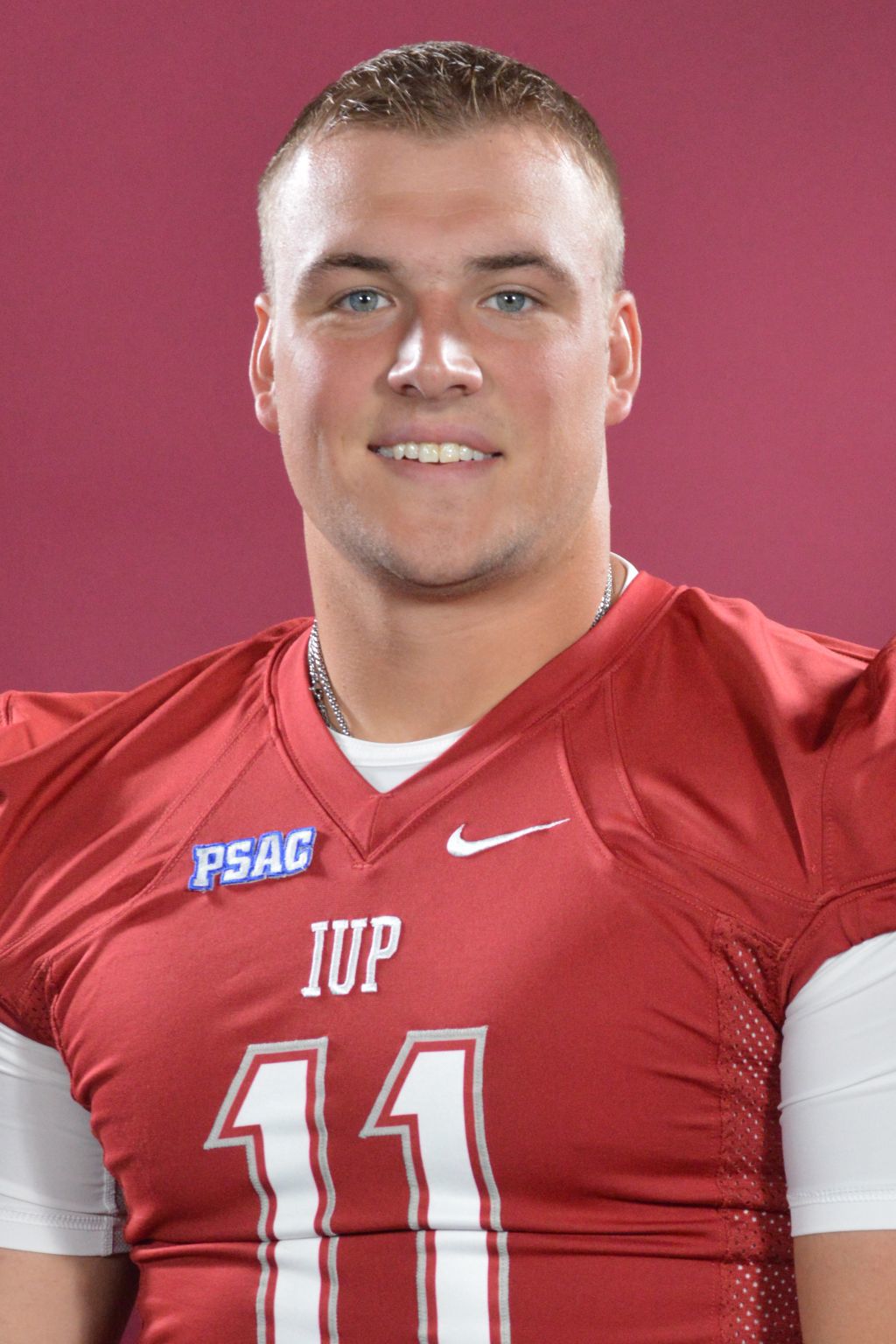 Looking back at it now, it’s hard to tell who got the most out of Quinton Maxwell’s brief tenure as the starting quarterback of the Indiana University of Pennsylvania football team.

On one hand, the Crimson Hawks got a quarterback who, in his one season on the team, broke two school records, led his team to 10 wins and a playoff spot and did it with a humility that earned him the respect of his teammates.

On the other hand, Maxwell set a couple records, regained his love of football and quite possibly landed himself a shot at a career in professional football.

“I have nothing bad to say about my experience at IUP,” Maxwell said Thursday evening after leaving Indiana to drive to his family home in Raysville, Mo. “From the day I stepped foot on campus, I had this overwhelming feeling of support from the university and the community.”

The feelings are mutual.

“As a player, and more importantly as a young man, he was above and beyond anything we could have imagined,” said IUP head coach Paul Tortorella. “When we started to recruit Quinton, we knew it would be a long process. Well, it was worth it.”

Before leaving town, Maxwell took to social media to give thanks for his experience at IUP.

“Football has taught me more about life than I ever could have imagined,” he wrote. “I love this game. But I lost that for a brief period, and that was something that hurt me. But I realize everything happens for a reason. And just when I was about to give in, this opportunity came along. … To my coaches … Thank you. Thank you to my teammates for welcoming me in with open arms. I owe my football career (to) this place right here. I will forever love the people I met, and this place. Thank you for giving me back something that was taken. I will forever be an IUP Crimson Hawk! All In forever!”

In 12 games, Maxwell set IUP single-season records for passing yards and touchdowns responsible for, and his 34 scoring passes were the second-most in school history. But don’t expect Maxwell to memorize his statistics.

“No I haven’t,” he said, “but I haven’t made an effort to. I’ll put the team success over my success.”

Maxwell transferred to IUP after graduating from Ohio University. He had one season of eligibility remaining after spending the past three years with the Bobcats, an NCAA Division I FBS school in the Mid-America Conference. At Ohio, he played in 23 games, with eight starts, but six of those eight came during his freshman season. He was clearly the No. 2 quarterback on the roster, and he began to view football as a job he wasn’t sure he wanted anymore.

“I felt like the love of the game was taken from me,” Maxwell said. “Right, wrong or indifferent, I have no animosity about it, but the coaches took love of the game from me. I knew I was capable of playing somewhere. Luckily, fate had me land at IUP.”

In leading the Crimson Hawks to a 10-2 record and their fourth trip to the playoffs in the past five seasons, Maxwell completed 206 of 326 attempts for 3,130 yards and 34 touchdowns with nine interceptions, three of which came in the first game of the season.

Maxwell was invited to play in last weekend’s National Bowl, a showcase for NCAA Division II and III players in Daytona Beach, Fla. Playing in front of 18 scouts from the National Football League and the Canadian Football League, Maxwell had a stellar showing, with one NFL scout predicting to Maxwell that his playing days were not over.

“He said I’ll have a shot to get my foot in the door somewhere,” he said.

But don’t expect Maxwell to sign with some indoor league far away just to keep playing football. He has a girlfriend he met at Ohio and he doesn’t want to put off a future with her.

“I’m not afraid to say it, for me it’s getting into a minicamp in the NFL or playing in the CFL,” he said. “After that, I’m not sure if it’s worth putting by body through it and putting my life on hold. I have a girlfriend who has been very supportive. I don’t want to make her wait for me. That’s my perspective. I’m at peace with my decision, whether it works or not.”

At IUP, Maxwell was a graduate student enrolled in the university’s master’s in business administration program. He isn’t enrolled in for the spring semester as he continues to train with hopes of getting a shot to play professionally. But he said his days on the IUP campus are not necessarily over. He hopes to have a career in human resources or data analytics, and getting a graduate degree would help him reach that goal.

“If the football thing works out, great,” he said. “But if not, I’ll come back and finish my MBA.”

So in the end, it’s a relationship that has worked out well for both IUP and for Maxwell.

“Top to bottom, we had guys who had a great season and I like to think I had a part of it,” he said. “I’m so happy I met the people I did because I know that they will be in my life for the rest of my life.”