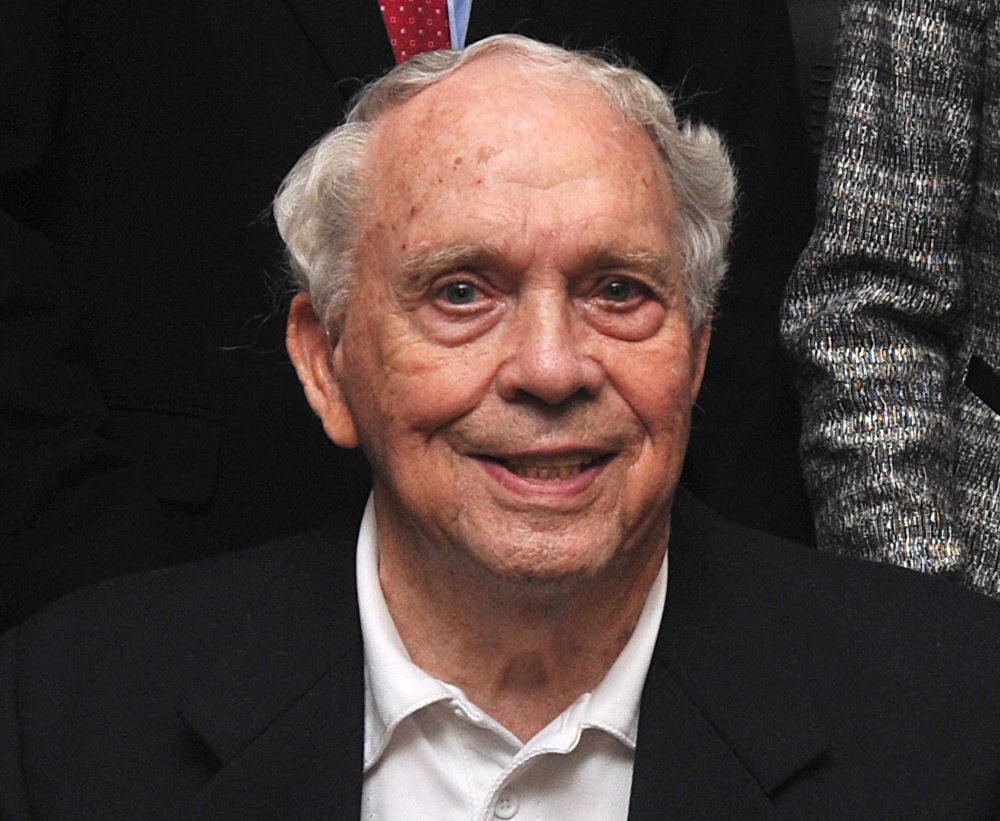 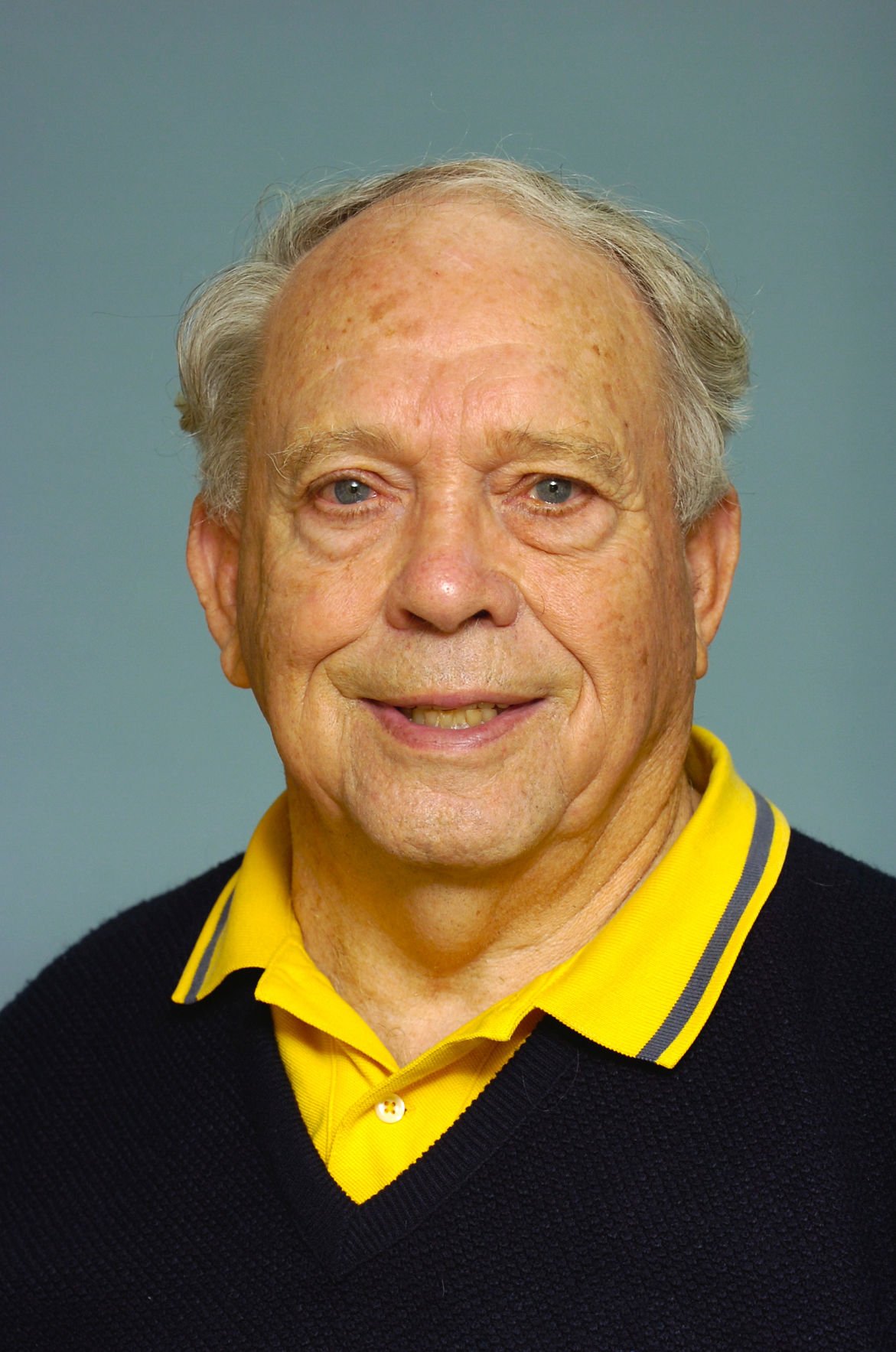 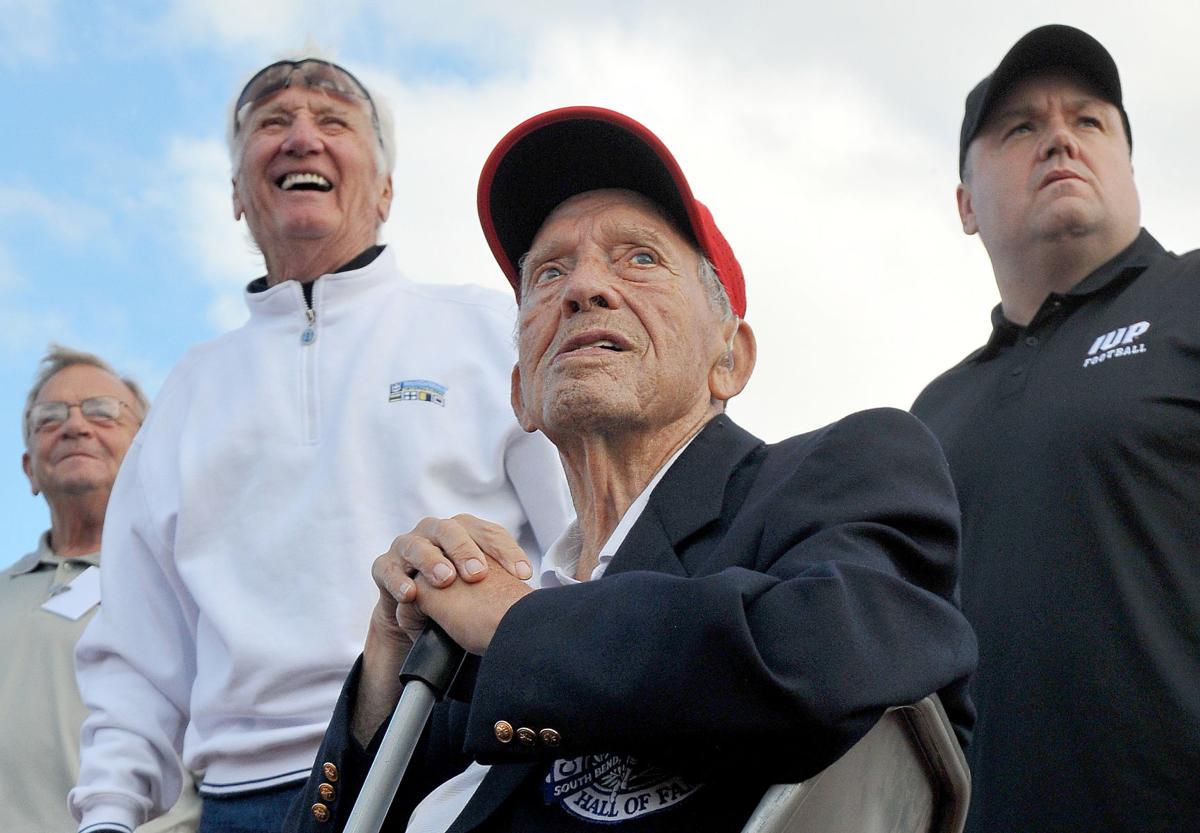 Chuck Klausing was flanked by former coach Bob Letso and Bob Dougherty as they watched a video tribute to the 1966 IUP football team at a game on Oct. 1, 2016.

Chuck Klausing was flanked by former coach Bob Letso and Bob Dougherty as they watched a video tribute to the 1966 IUP football team at a game on Oct. 1, 2016.

Not too many folks in Indiana come to mind when a single word is spoken.

Even Chuck Klausing’s daughter used the reference when she sadly posted on social media the word of his death.

The flood of comments followed, plenty with a community’s expressions of sadness and condolences, but many offering memories of Klausing’s impact and the memories he left with area football players and fans of his epic career.

A Pittsburgh area native, Klausing’s 46-year coaching career took him from urban high schools to European knockoffs of American pro football, but after all the town and college hopping, he chose Indiana as his last stop for his retirement years.

While his stint at Indiana University of Pennsylvania represented but a fraction of his coaching life, it stands as one of the most storied. His teams racked up a 47-10 record in six years.

He ushered the local teacher school, Indiana State College, into university-hood and took the Indians to a fabled appearance in the Boardwalk Bowl in 1968. Indiana fell to Delaware on a last-minute touchdown.

Klausing nearly directed a leap to the big-time of college football for IUP, one of his former coaches said today.

“He had a very personal relationship with Dr. (Willis) Pratt, the president of the university, and Chuck told him we have the opportunity to go to Division One, we’ve got a great institution,” said Herm Sledzik, who simultaneously coached a superior IUP men’s basketball team while an assistant on Klausing’s staff.

“So they worked on a project with the vice president of development, and had a plan for a 25,000-seat football stadium and a basketball arena with 5,000 or 6,000 seats, over where president’s residence is now.

“We flew out to Harrisburg when I was the athletic director with those plans and buy the land. They were ready to go, but the governor halted all capital spending and put all projects on hold. And it never got revived,” Sledzik said. “But Chuck had the vision of going beyond Division II.

But it was before corporate naming rights began bringing in hundreds of thousands of dollars.

In the 1950s, Klausing directed Braddock High School teams to 54 wins, one tie game and six WPIAL titles in six years, a mark that earned coverage in Sports Illustrated.

Beginning in the mid-1970s, Klausing brought the Tartans of Carnegie Mellon University to glory with a 77-15-2 record and six conference championships in 10 years. He earned Coach of the Year honors from ABC-TV in 1979 and TBS in 1983.

He wound down his coaching tenure at The Kiski School near Saltsburg, doubling as athletics director while heading the football team from 1987 to 1993. His grandson, Jeff Simmons, quarterbacked his last team.

The South Carolina School for the Deaf hired him on as an advisory coach in 1997. He told the Pittsburgh Post-Gazette in a 2001 interview of his communication breakthroughs.

“I didn’t know sign language and to simplify things I had T-shirts made up with the names of the plays on them and had the linemen wear them under their uniform jerseys,” Klausing said. “I would tell a player what I wanted the team to run and he’d go into the game and lift up his jersey and point to the play on his T-shirt.”

Although Klausing’s résumé includes many impressive football programs, where Coach made his name with impressive records of success, Sledzik said Klausing had opportunities to hit even greater heights.

“He was well respected and a lot of big-time football coaches came to IUP to talk to Chuck Klausing during his tenure,” Sledzik said. Klausing’s colleague from the WVU coaching staff, Bobby Bowden, stayed close to Klausing after Bowden took over the Florida State Seminoles. Klausing was careful about his choices, sometimes putting loyalty to his program ahead of personal gain, Sledzik said.

“Obviously that had to be the case because he certainly had the knowledge to run any program. But I think he was content to do what he did — he was the head coach at Carnegie Mellon for a while and was very successful, but that wasn’t a very good football program before he got there.

“And then after he left, he was the head coach at Kiski Prep for a while and had a great program. So I think he did what he loved to do and went where he wanted to go.

“I certainly think the opportunity in big time football was there for him. He told me that he could have been Paterno’s assistant at one point years ago, but something else came up that he liked better, so he didn’t.”

His was a career so varied and colorful, it was best documented in books.

Klausing himself penned some gridiron tales, “Never Lose a Game, Always Have a Trick” and “Jets and Rockets” among them.

Klausing kept a hand in the game after retirement as a camp director, seminar leader and banquet speaker. He was instrumental in growing the Play It Smart program, organized by the NFL and the National Football Foundation.

He recruited former IUP and Steeler player Dave Smith to join a lineup of academic counselors who coached urban high school football players in their classroom studies. The program, Klausing said, helped land a lot of kids in college who otherwise wouldn’t have had that chance.

The Coaching Academy for Volunteers was another of Klausing’s spare time projects in retirement.

Fitness remained on Klausing’s agenda in his later years, both physically and spiritually. he swam daily and joined the choir at St. Thomas More University Parish, just across the street from the IUP campus in Indiana.

It's there where his family and friends will say goodbye. His funeral Mass is set for Monday morning at 10.

“As you are all aware, he had the most amazing life. He loved football and influenced so many people. He was a special man,” Simmons wrote in her Facebook tribute.

Viewing will be from 2 to 8 p.m. Sunday at Bowser-Minich Funeral Home in White Township.