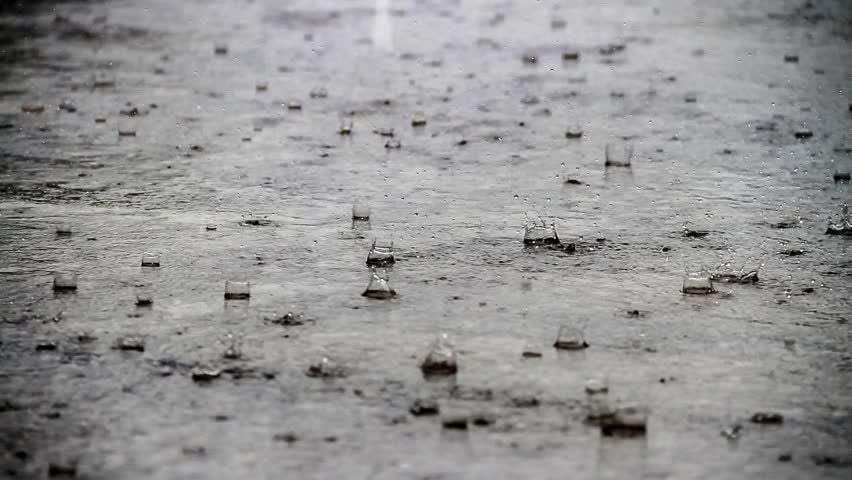 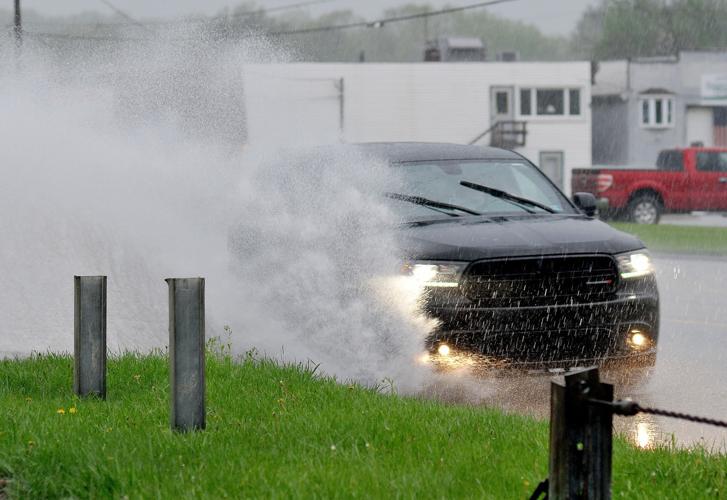 A band of heavy thunderstorms rolled thru Indiana County and the resulting runoff created some long pools along Wayne Avenue near the KCAC. (Gazette file photo) 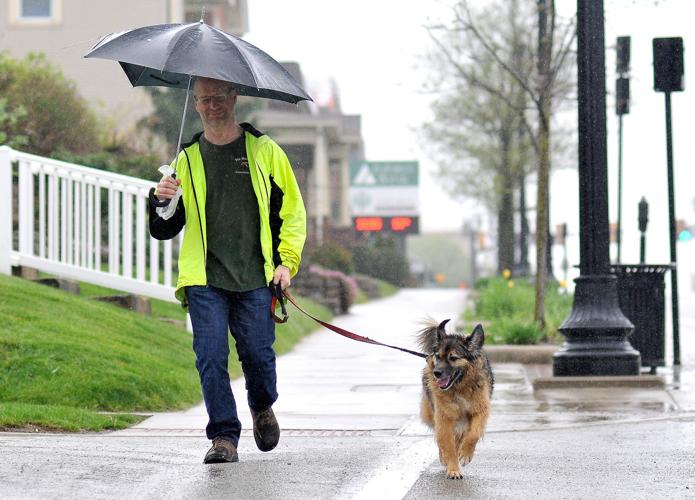 Stuart Chandler, of Indiana, and Ray, his 12-year-old dog, were out and about in spite of a steady rain that hung over the area. (Gazette file photo)

With the weather being so sunny and hot recently, it can be hard to believe that our region has seen above-average rainfall for much of the year. Overall, 2018 has been a very wet year so far for western Pennsylvania.

According to the National Weather Service, Indiana’s average rainfall for this time of the year is 22.95 inches. The measurements for 2018, taken at a wastewater treatment plant three miles south of Indiana, show that Indiana has had 32.68 inches for the year through the end of June. July’s data has yet to be collected.

That’s 9.73 inches higher than average. And Indiana isn’t the only area experiencing heavier than usual rain. Most of the region has seen higher-than-normal averages. In Pittsburgh, the heavy precipitation has been causing landslides and flooding since spring. The Pittsburgh area is currently 7.99 inches higher than average, an amount that usually falls in two months.

Two months is also about the time it would take for the Indiana area to catch up to where the measurements are normally, and balance out the excess, according to Lee Hendricks of the National Weather Service in Pittsburgh. “So, if the next two months have little to average rainfall, it would be about equal,” Hendricks said.

The reason for this heavier rainfall is an atmospheric transition. Hendricks stated that the weather has been in a long neutral period that’s gradually shifting into an El Ni￱o period this fall.

“You tend to get more extremes in weather when the pattern is gradually changing in the atmosphere,” he said.

A neutral period is any stretch of time when the climate is between El Ni￱o or La Ni￱a cycles. The National Oceanic and Atmospheric Administration’s website describes El Ni￱o as a “large-scale ocean-atmosphere climate phenomenon that is linked to a periodic warming in sea-surface temperatures.”

Expected to develop over the late fall and winter season, El Ni￱o may bring drier-than-average conditions to the region this year.

“It should be good for fall foliage colors,” Hendricks said.

The rather extreme changes between heavy rain and sunny weather have been an alternating boon and hindrance for farmers, Hendricks added: “Farmers have been excited and frustrated by the rain for cutting hay.”

Bob Pollock, an educator with the Penn State Extension office in Indiana, said the wet weather has chiefly wreaked havoc on farmers’ hay.

“It’s been very challenging to make hay this year. If it can’t be cut because of the rain, the grass gets overly mature since it’s not cut as often. If you fall behind on the number of cuttings you can get, you might miss out on the quantity you need for your livestock.”

The rainfall has affected other crops as well.

Heavy rain forced some farmers to reschedule their planting, choose other crops instead, or forego planting all together.

“With the fields being so wet, it was hard to get them tilled and ready for planting,” Pollock said. Even seeds that were planted might have faced challenges, according to Pollock. “Seeds need water, but they can only handle so much. Oversaturation can lead to rot.”

Oversaturation is an issue for growing plants as well.

“More water in the soil means less oxygen in the soil,” Pollock said. “It also makes it easier for fungi and bacteria to grow, which can affect roots and fruit and cause spots on leaves and other issues.”

Even with the heavy rain over the whole region, some spots are more vulnerable than others.

“Some fields around the county have naturally occurring low spots or have soil that retains the water better, you can really see the effects there,” said Pollock. These spots can be picked out easily by looking for crops with stunted growth, or no growth, compared to the rest of the field, he said.

For those farmers who had to reschedule or change their crop-planting plans, harvests may also be impacted. One such crop is the strawberries grown this year.

“The excess water made the berries softer, less firm than they’d be in drier conditions,” said Pollock. “They don’t hold up as well when they’re soft.”

Corn crops, too, were affected depending on the type planted.

“Some types of corn have shorter harvest dates, so if the farmers planted that particular type, the harvest might not be as affected if they planned it right,” Pollock said.

The rain has also meant some changes for those not in the farming business. If you’re someone who tends to get a lot of brown spots on your lawn after mowing, the rain might be a good thing: “You may be mowing more frequently,” Pollock said. “But even with more frequent mowing, the grass should stay greener.”