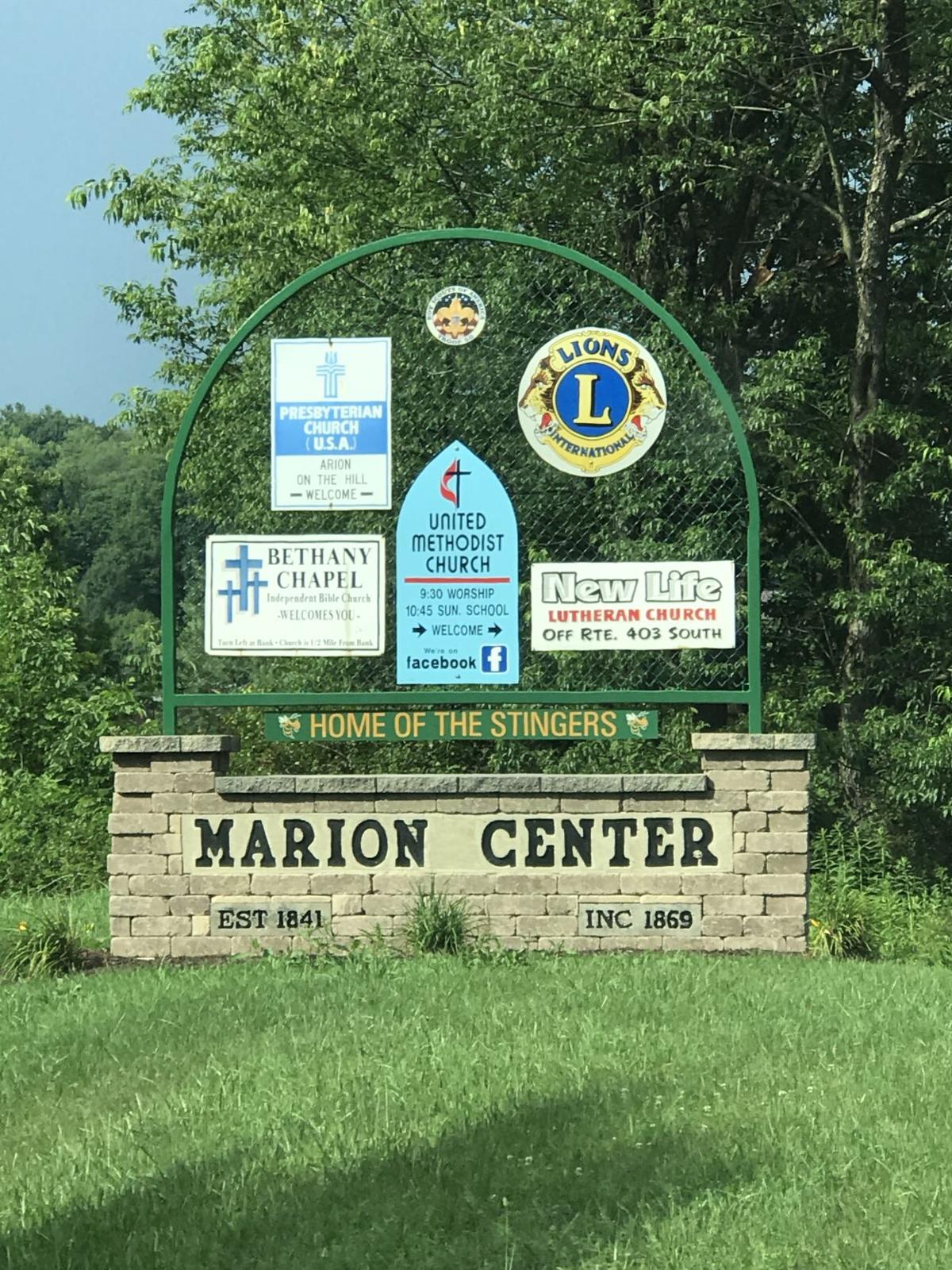 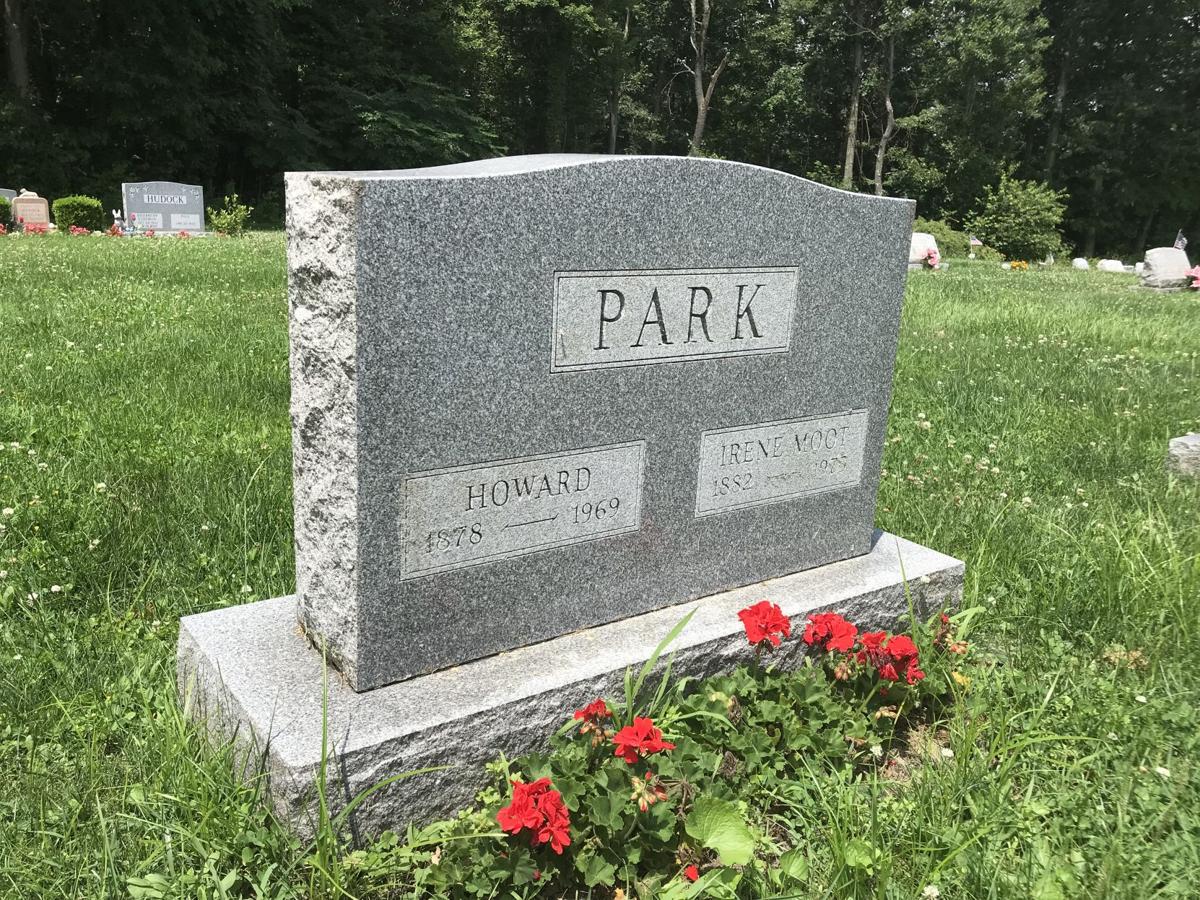 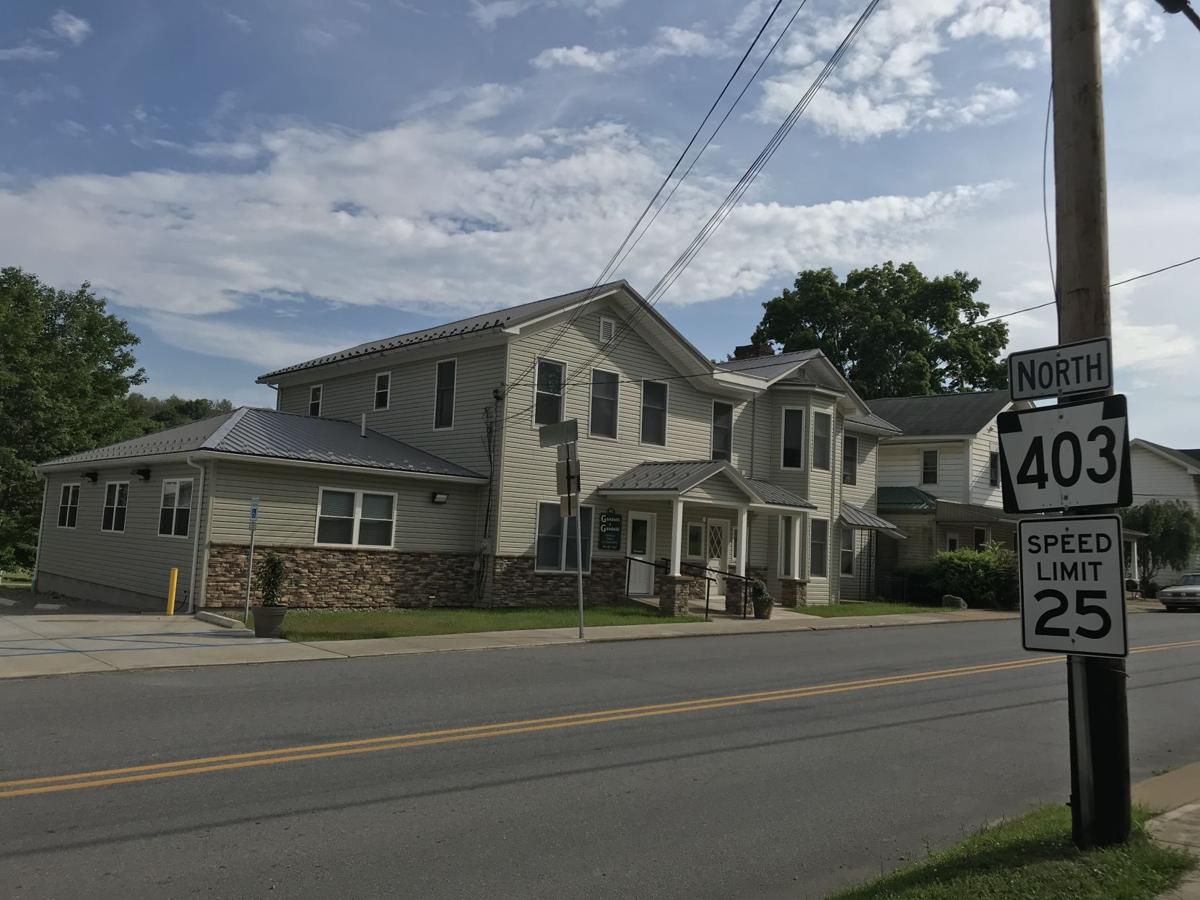 The former Steffy family homestead, believed to be the oldest house in

Marion Center, was an 1880s-era photography studio and now is the

Gandolfi & Gandolfi CPA office. It stands on Main Street near the corner of Manor Street. 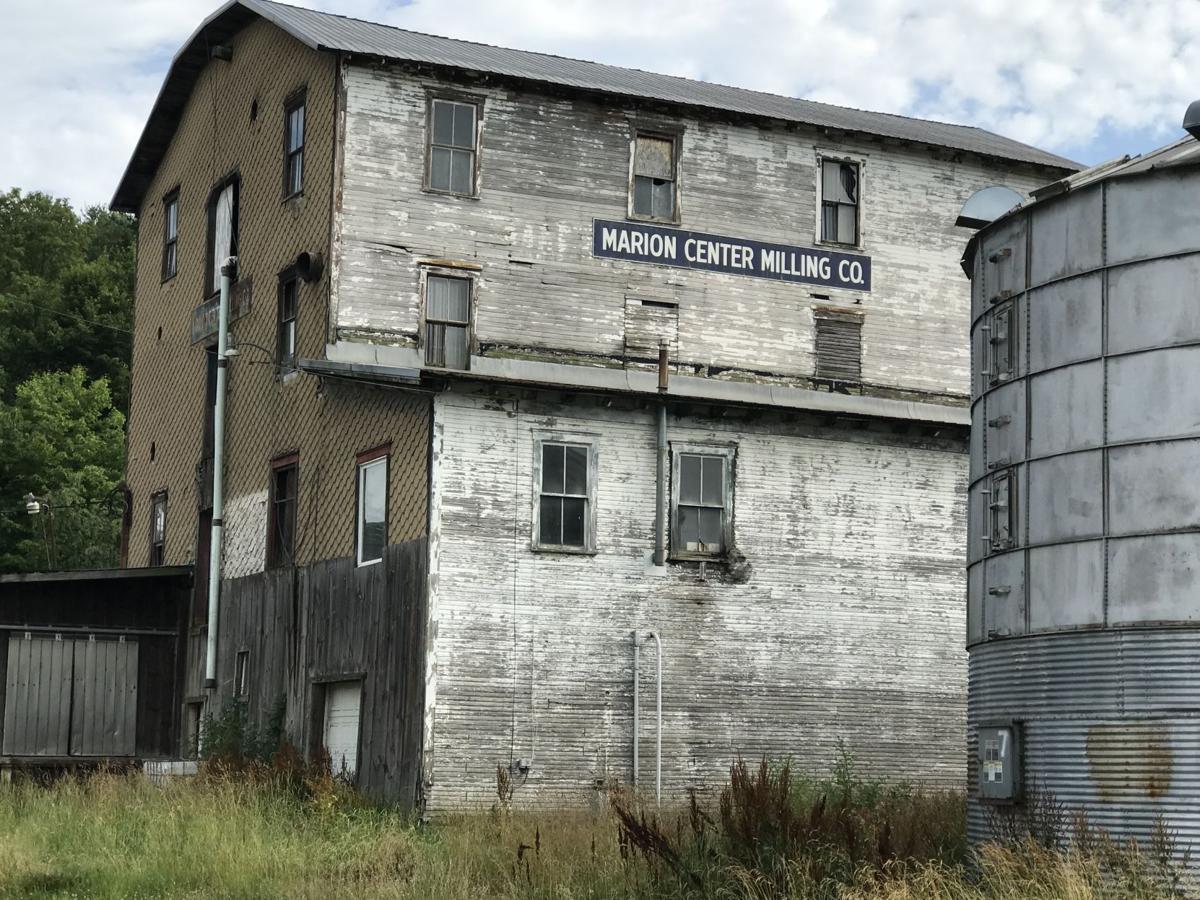 This building housing Marion Center Milling Co. was built in 1912 to replace one destroyed by fire the year before, according to Gazette records.

If any common thread can be found over the life of this one-time center of commerce in northern Indiana County, Sue Olson said it’s that distinction that has always given Marion Center an identity apart from the towns that have overshadowed it — Indiana to the south and Punxsutawney to the north.

But as a town that today is a shadow of its former self, so has been any recognition of a notable event in the community’s history.

The 2019 edition of Marion Center — roughly 220 years after founder John Park first explored and staked out his claim of former Indian territory — still has a busy-by-comparison Main Street, which doubles as state Route 403 and a main link between U.S. Route 119 and Clymer.

Many homes Friday had U.S. flags flying from the front porches, where some folks relaxed hoping for a breeze in the mid-afternoon heat. No two houses look alike on Marion Center’s main drag, giving it a look separate from the cookie-cutter appearance of many coal company towns throughout much of Indiana County.

But Main Street is a fraction as busy as it was even 50 years ago, in early July 1969, when town fathers and an excited community opened a weeklong festival to celebrate Marion Center’s centennial year. The revelry included a parade, music, dancing, a beard-growing contest and historic walking tours. It was a homecoming for former residents to rejoin their families and friends. The Methodist and Presbyterian churches across the street from one another, the virtual anchors of mid-20th century community life in the town, came together in thanks for their past.

The Indiana Evening Gazette, as it was then known, put out a 16-page commemorative section tracing the community’s roots from the days when the last Seneca tribe inhabitants helped new settlers build the first cabins along the banks of Pine Run.

Noted Indiana County historian Clarence Stephenson put in months of labor and drew from his life of local research to publish a 238-page volume, “Marion Center-East Mahoning, The Centennial Story,” especially for the occasion.

A web page dedicated to Marion Center on Wikipedia says it was formed in June 1869.

The Pennsylvania Historical and Museum Commission, which one would imagine has done some vetting of such facts, offers three incorporation dates: specifically March 28, 1868, and generally in 1869 or 1872 (attributing them to local history compendiums published in 1891 and 1913).

Historian Stephenson’s book doesn’t identify one; he only listed the year of founding as 1869.

Sue Olson, considered by many to be today’s leading Marion Center historian, on Friday dusted off the cover of her copy of Stephenson’s documentary to reflect on the centennial observance.

On Friday night, there was a well-attended concert in Marion Center Park.

These days when people come back home to Marion Center, it’s usually to be buried, Olson observed.

“There was a lot of industry back then. They were self-sufficient, I feel. They had everything to fix this and do that,” Olson said.

There’s still the post office. It began in 1858 when the town was called Brady.

Evidence of founder John Park’s influence can still be found. There’s Park Avenue, running parallel to Main Street, among the streets and avenues and building lots Park laid out in 1841 when he sold off his farm land and started the town. He called it Marion.

“The churches are the same,” Olson said. “If you belong to a church, you belong to a group who is trying to do some good for the world. I know attendance is down but that is what means a lot to me, my church family. That’s what I feel has remained the same.”

Marion Center today has the Mahoning Medical Center, a branch of Indiana Regional Medical Center that indeed serves as a regional health facility. Only a week ago the center’s parking lot was jammed end to end as the staff offered a free prostate cancer screening clinic for the region.

And the town sees abundant life September through May, as it was selected as the anchor for the sprawling Marion Center Area School District, which draws students from near the Jefferson County line to the north, the Armstrong County line to the west, the White Township boundary to the south and the Purchase Line and Penns Manor communities to the east.

Some 23 community schoolhouses combined decades ago to form the district.

“The school system has evolved into something much bigger than it was, and it’s a going thing,” Olson said. “Education was always important. I know these were farm people that supported the town, but it’s been important. Even my grandfather went to summer school, because they didn’t have high school back then. And I came from a family that appreciated education, and there were a lot of teachers in my family.”

Olson and her husband, Russell, are retired from farming. Their Olson Acres homestead sits along Olson Road in East Mahoning Township, a mile outside the borough heading east.

The Marion Center school complex, officially, also sits in the township on the west edge of the borough, within sight of Route 119, a railroad crossing, Pine Creek and the Marion Center park complex with a set of baseball fields flanked by a parking lot for the students at the high school.

Thanks to the advertising boards along the highway heading toward Marion Center, passing motorists at least know of some local activities — the vacation Bible school programs at the churches and the gun bash being promoted by Marion Center Volunteer Fire Company.

The town once had a convenience store, Stinger Express, across Main Street from the schools. Busy in the 1990s and 2000s, it’s gone. In its place, the Hutton Blews Insurance Co. office — it is closed and for sale. (The company relocated.)

Further along Route 403, around the corner on Manor Street, the town’s old Pacific Pride gas station no longer is a fuel stop for cars.

Across the street, the Marion Center Milling building still stands. The company was a major regional supplier of flour through the mid-20th century. (A&P supermarkets ordered 12,000 five-pound bags of buckwheat flour from the company in 1924.)

History tells of the first butter creamery in all of western Pennsylvania having opened in 1888 in Marion Center.

Marion Center Bank, the town’s biggest bank and now the only one — founded in 1905 as Marion Center National Bank — anchors the intersection of Main and Manor streets in the heart of town.

And what Marion Center also has today is an accounting office, run by John and Sandy Gandolfi, CPAs. The office is diagonal from the bank at Main and Manor, and occupies the house where Sue Olson grew up, the old Steffy homestead. Olson said the house was the second oldest one in town.

The house next door was the Rochester family homestead — the people who developed the town of Rochester Mills a few miles away. That house is gone. The lot later became a gas station, but today the ground is empty, save for an off-street parking space for the Gandolfis.

“Little towns had to have everything,” Olson said. “There was a tannery, a woolen mill, a cabinet factory, a planing mill, a foundry, a grist mill — there was a brick yard, but I don’t think it lasted very long,” Olson said.

When it was founded, six main roads led into town.

Today, it seems, they lead out of Marion Center.

“There were blacksmiths, wagon shops and a photographer. The photographer was in my house, above where John’s office is now,” Olson said.

Among the artifacts Olson preserved from the Steffy home was a box of glass photo negatives left behind by photographer J.W. Frampton. Some hours have been spent studying the negatives, getting prints and identifying the subjects.

Matching one with a picture of her grandfather as a 5-year-old helped to pinpoint the years Frampton ran his photo studio, from the late 1870s to early 1880s.

“Our family and another are the only pictures I could identify,” she said. “But all these people lived somewhere around Marion Center.

Olson readily ties family names with the businesses and organizations they’ve historically been connected with. She’s an authority on tracing them to their final resting places as well, as the record keeper for the Marion Center Cemetery Association since 1983, when the organization was formed to manage the community burial ground.

On a walk through the graveyard, Olson identifies the markers for the remains moved up from Main Street when an older cemetery was taken over for construction. She points out the family plots with generations of town founders, their descendants, and room for those who haven’t yet passed.

The neatly trimmed hillside sits as a promise for homecoming for folks who don’t make it back to Marion Center very often anymore — 150th anniversary or not.

“When I was a child, you knew who lived in almost every house and you don’t anymore,” Olson said. “That is the change that I see. And you hope that when they come to Marion Center, they have the same feeling about it as you do, but they come and go.”

Rather than the fully equipped and self-sustaining town it once was, Olson likens it to a bedroom community.