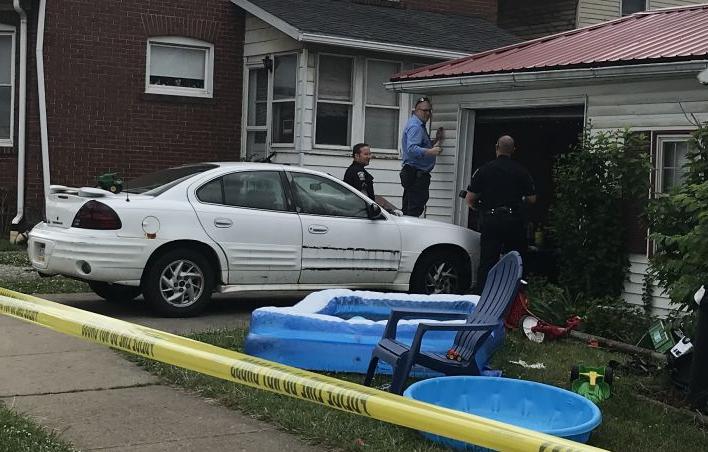 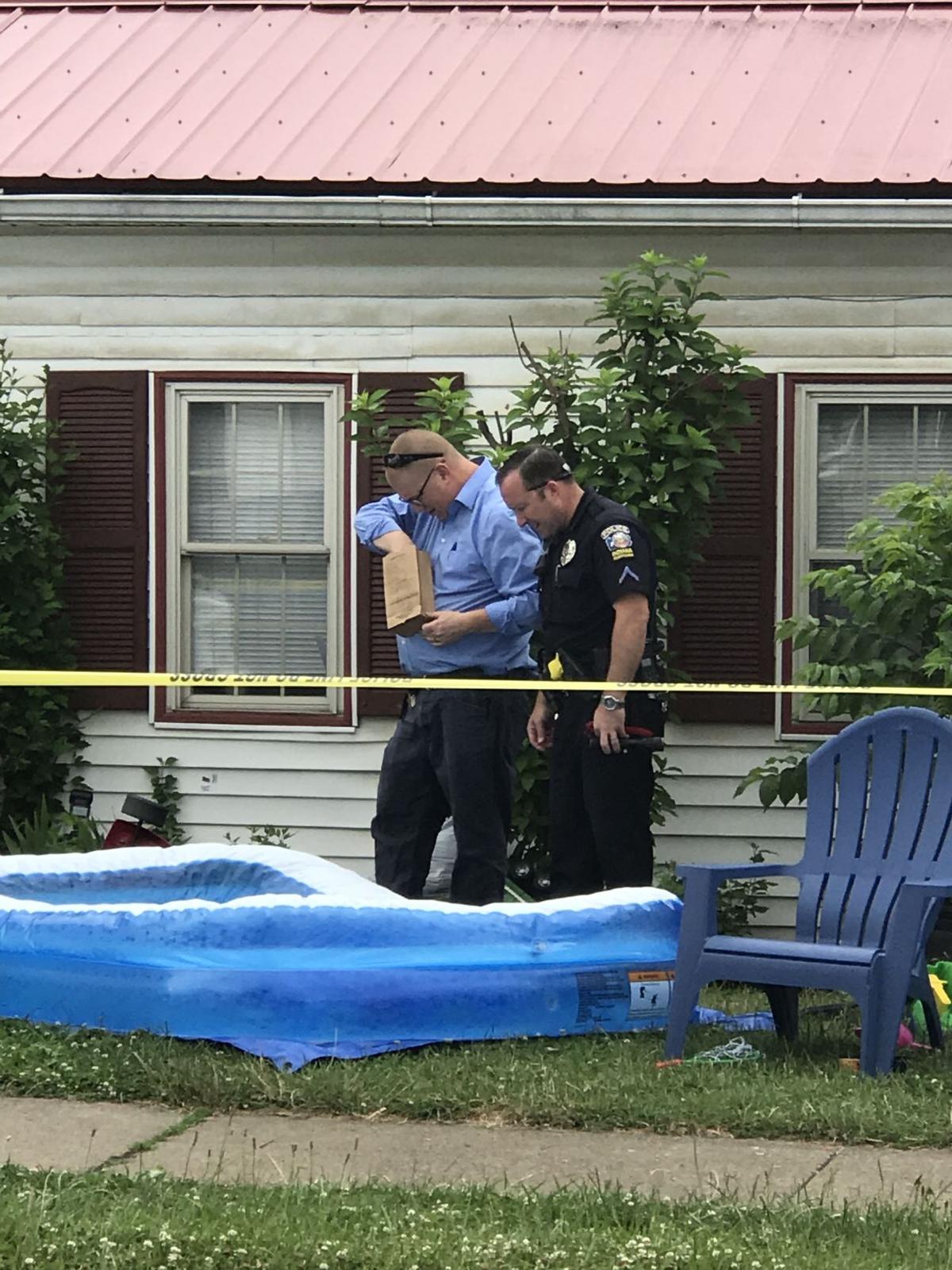 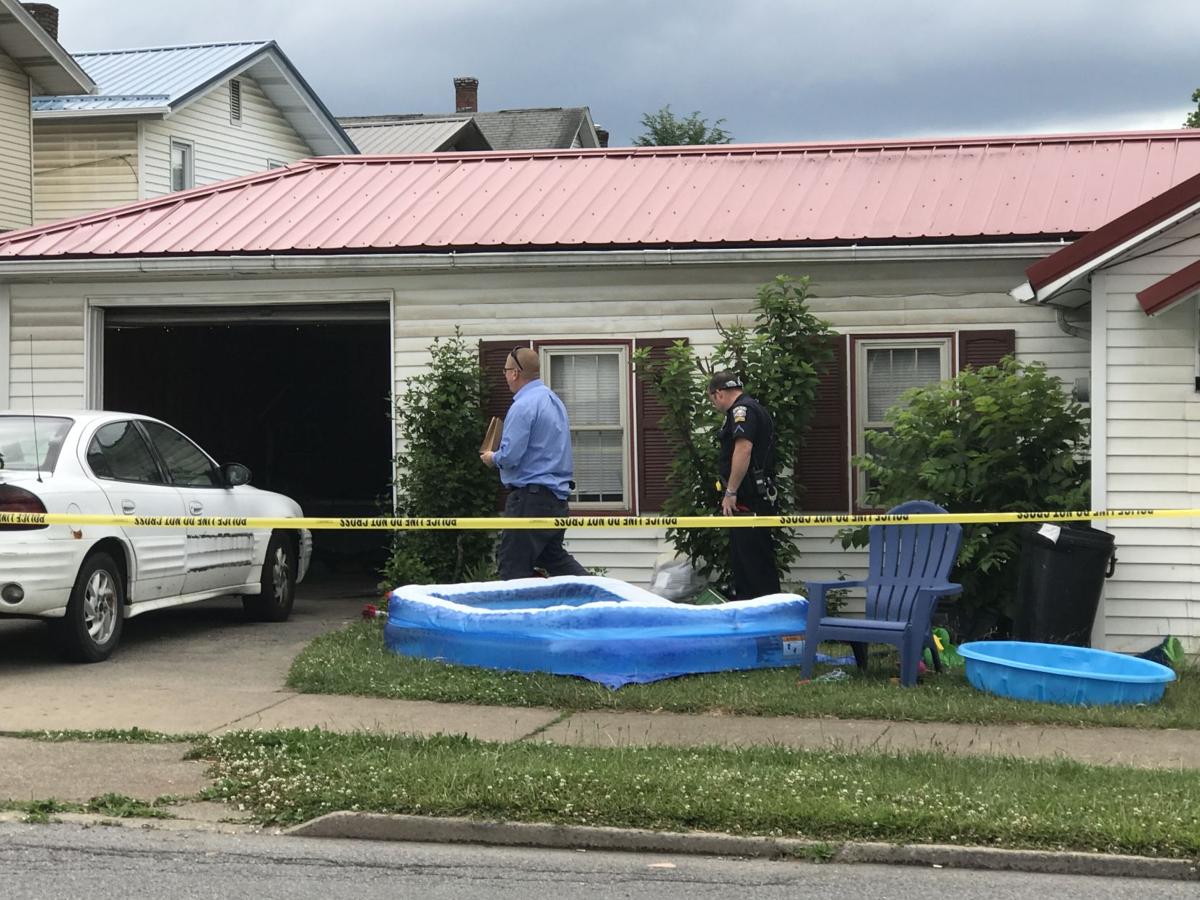 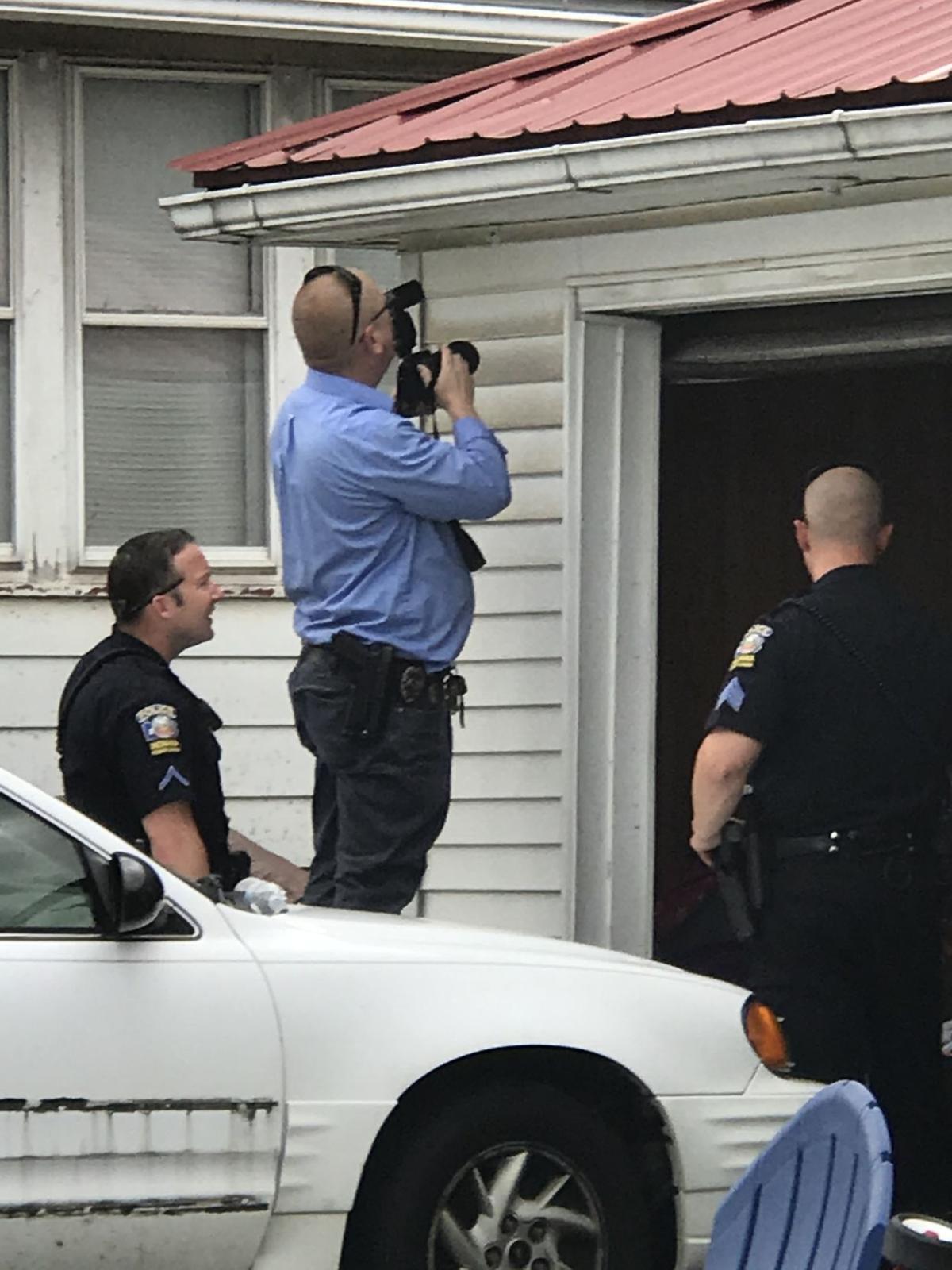 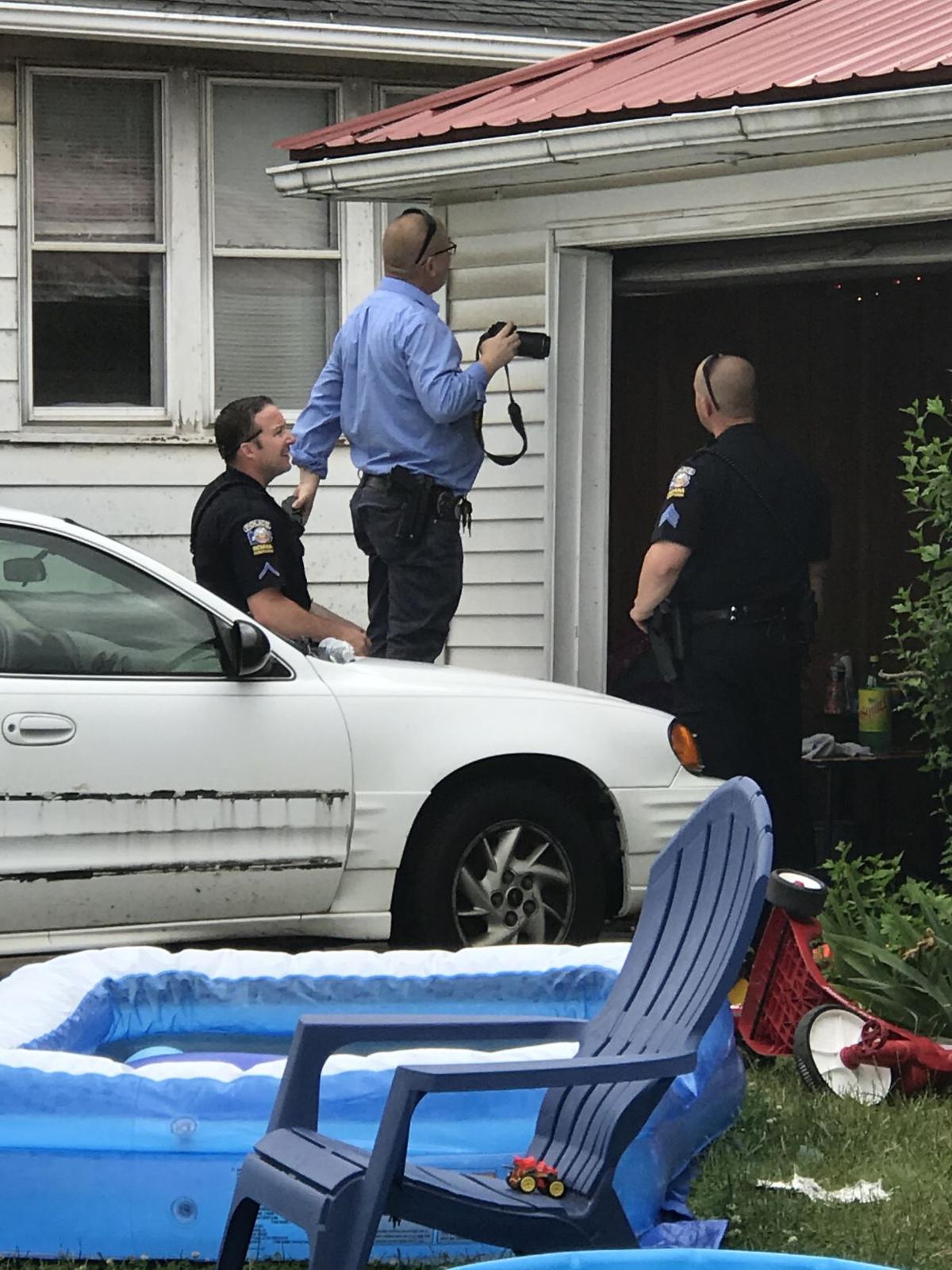 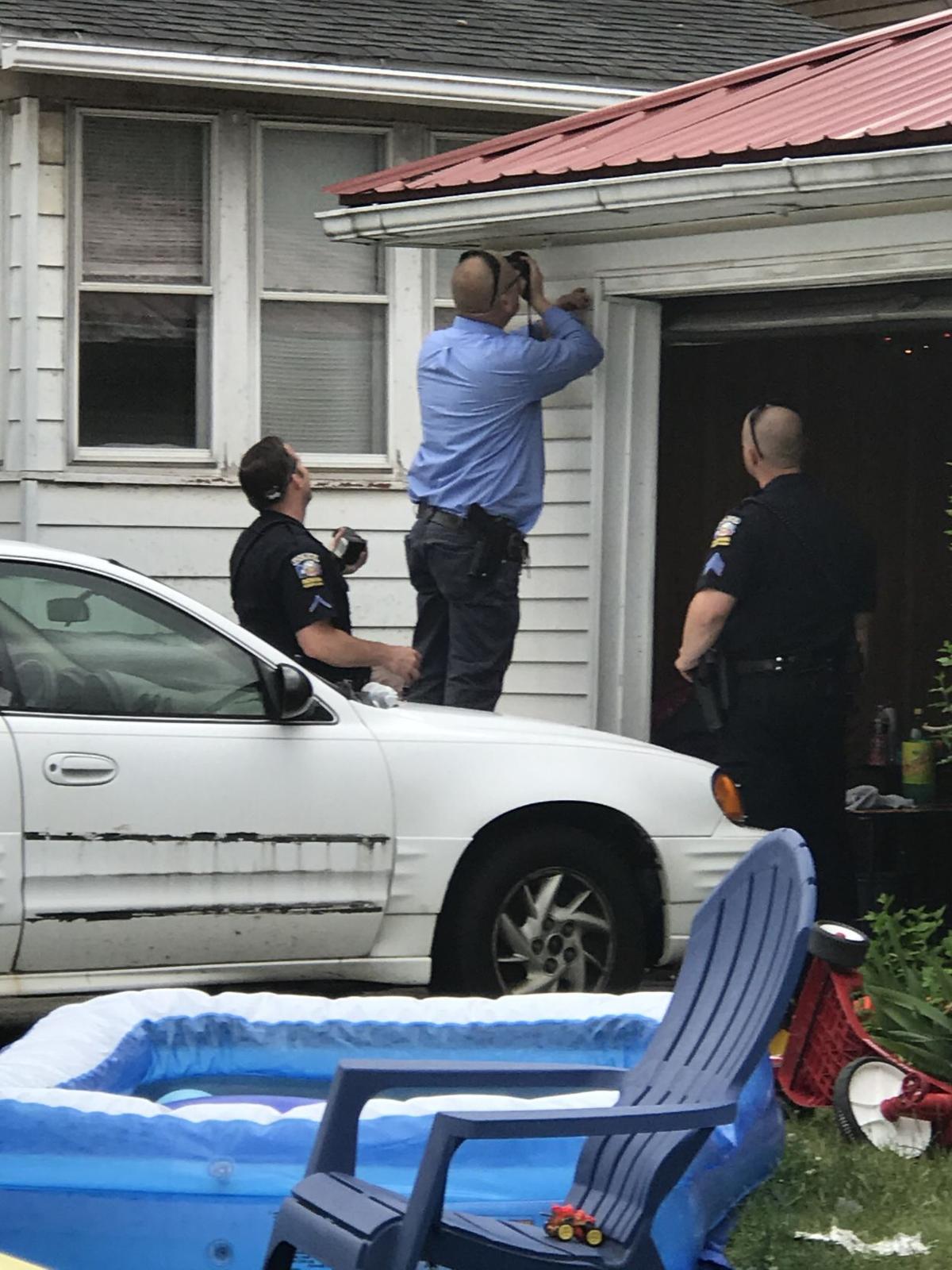 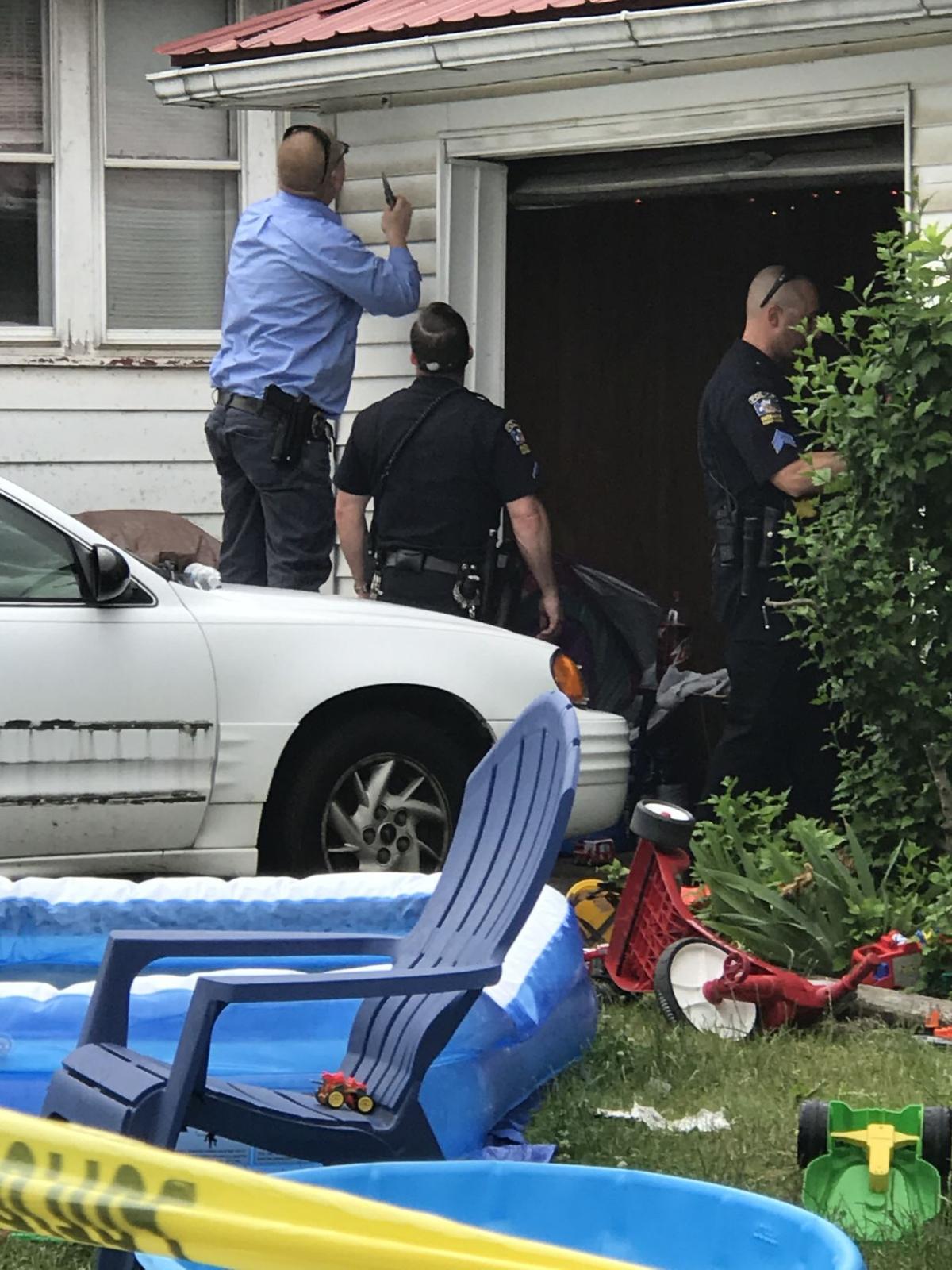 Someone in a passing car squeezed off several gunshots in the direction of a house on North Third Street near Philadelphia Street this afternoon.

No one was wounded by the gunfire but one person was said to have been hurt while fleeing from the outburst. Indiana Borough police learned of the shooting about 4:10 p.m., said Chief Justin Schawl.

Witnesses described hearing three or four shots but no one told police what the gun looked like, the chief said. The gunfire isn’t thought to have been random.

“We have no belief that the community is at risk,” Schawl said, at the scene, as detectives took photos and measurements.

A rubber wading pool sat on the front yard at 10 N. Third St. while Indiana Borough detectives pried at the wooden framework of a garage on the south end of the house, apparently to recover slugs embedded in the structure. Another detective had a man in conversation across the street, away from others studying the apparent damage. The detective and the man passed a telephone back and forth. Just before 5:30 p.m., police were given a metal detector and prepared to sweep the grounds.

Police cars blocked traffic from North Third between Philadelphia and Water streets while detectives worked within a perimeter marked off with yellow tape.