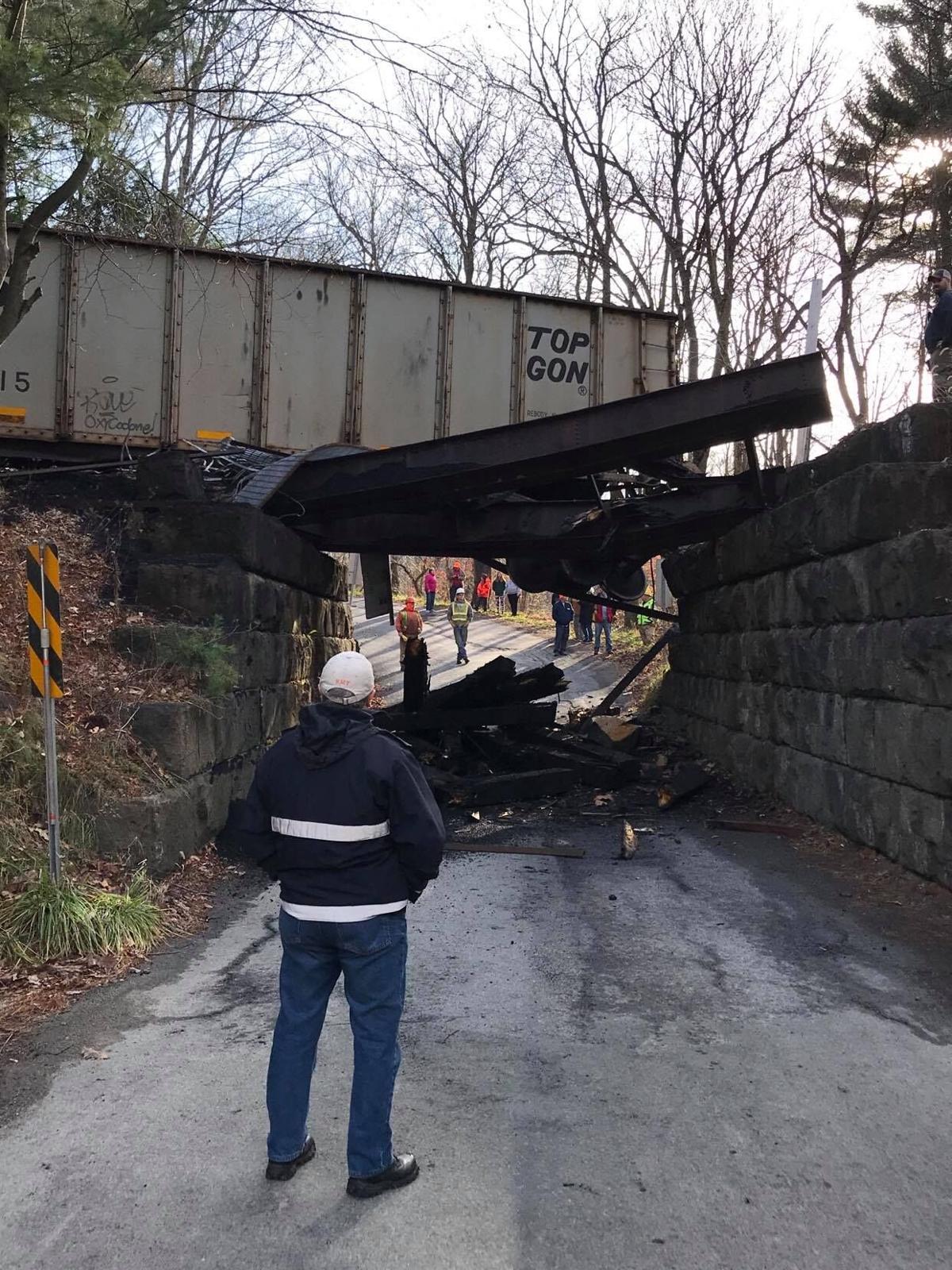 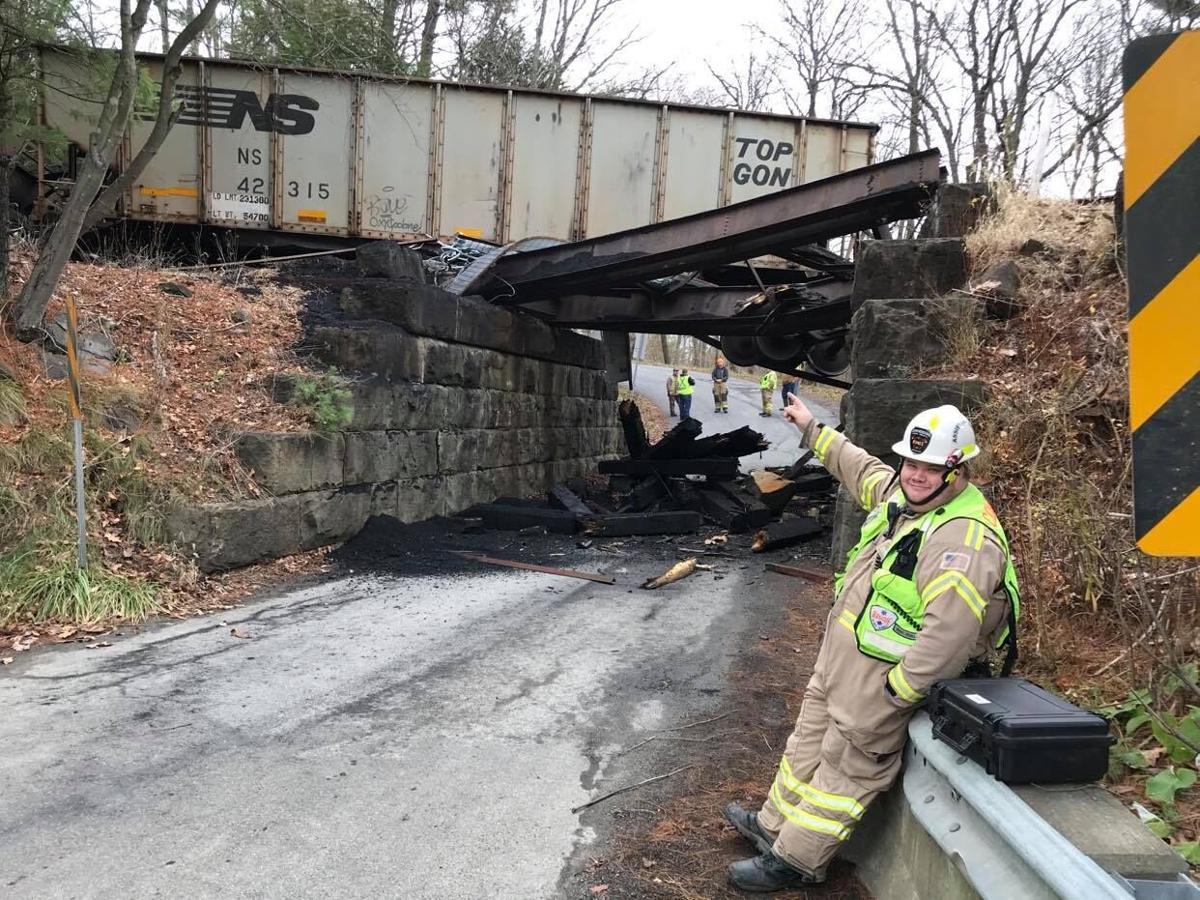 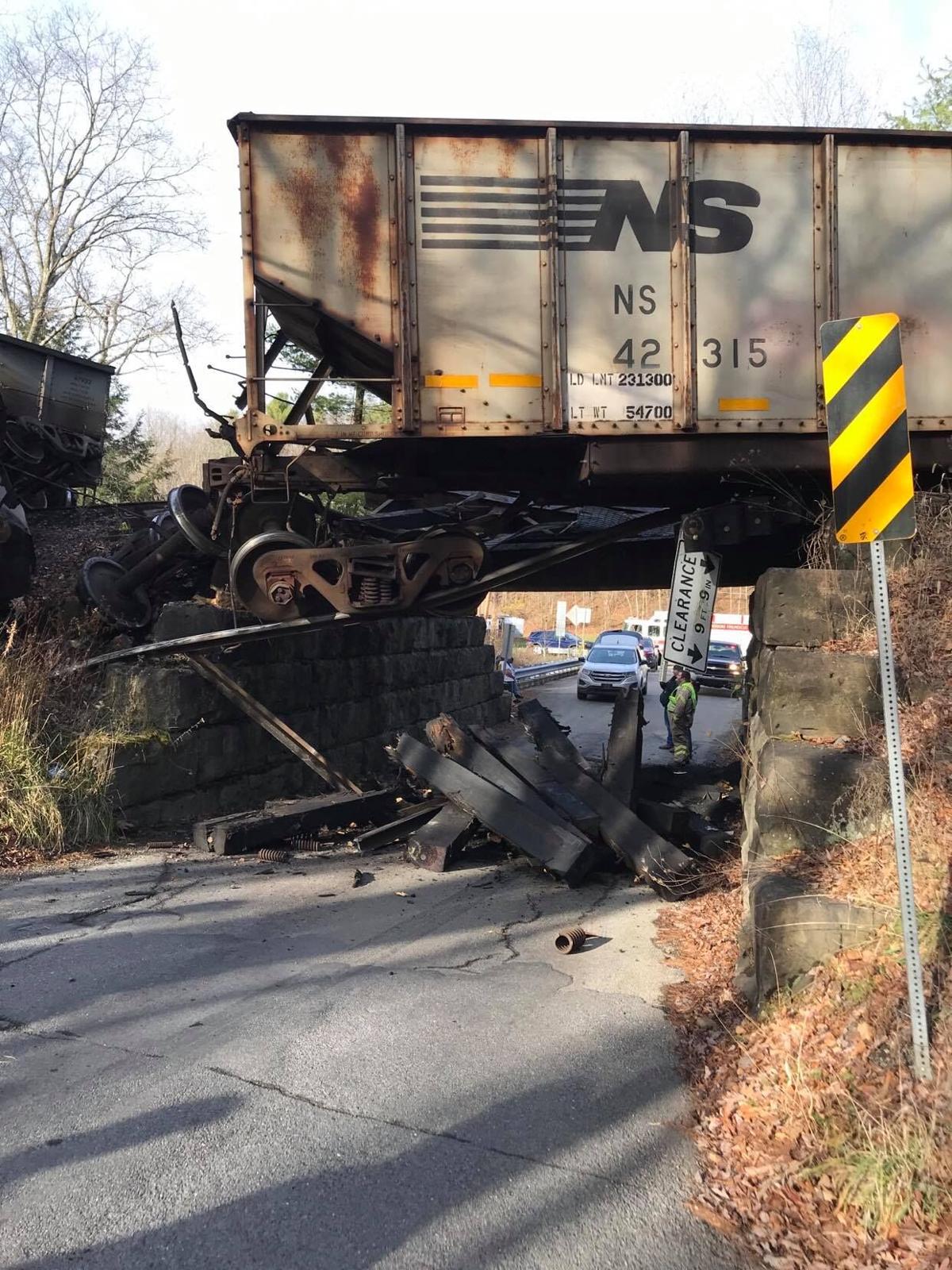 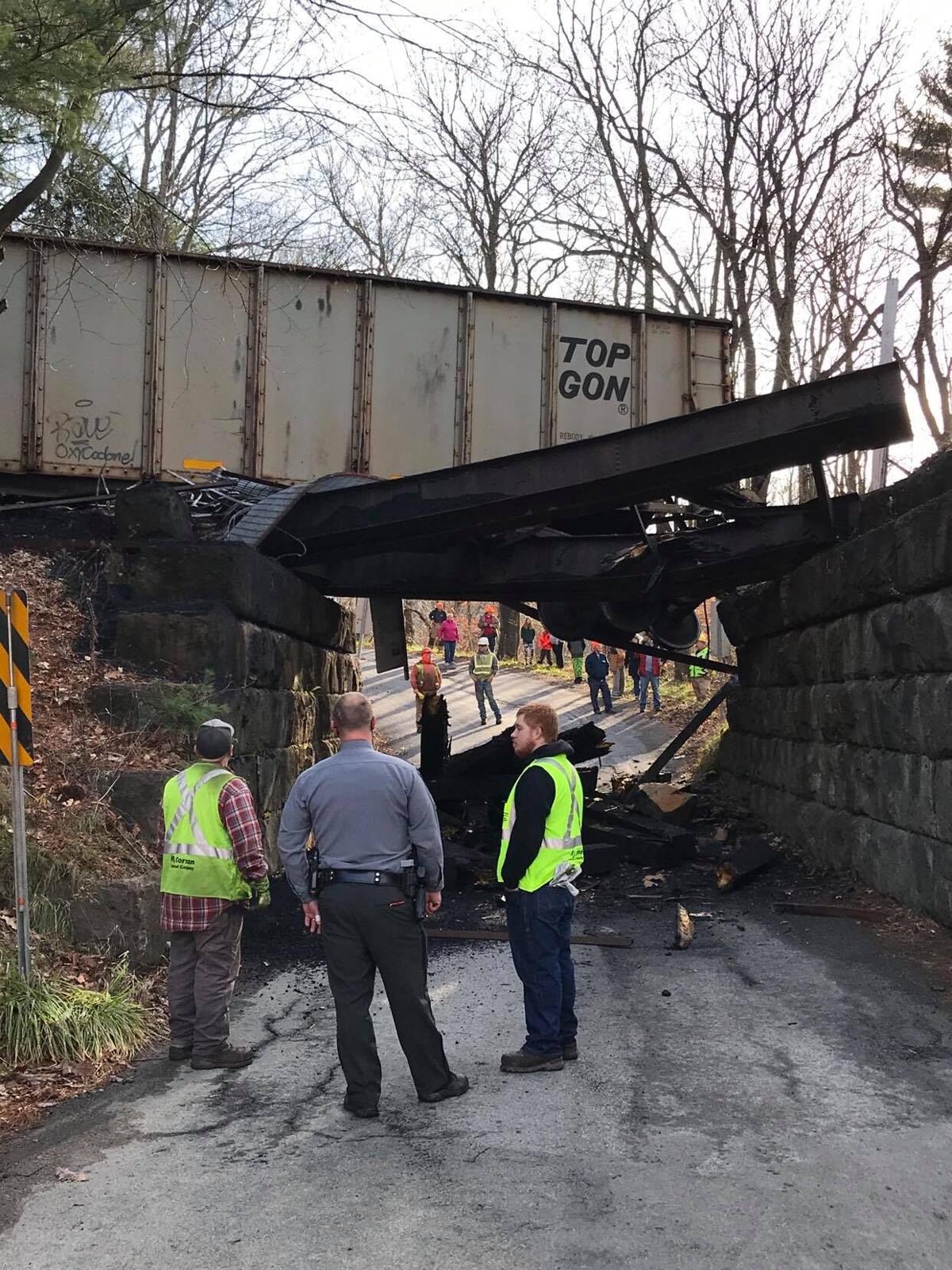 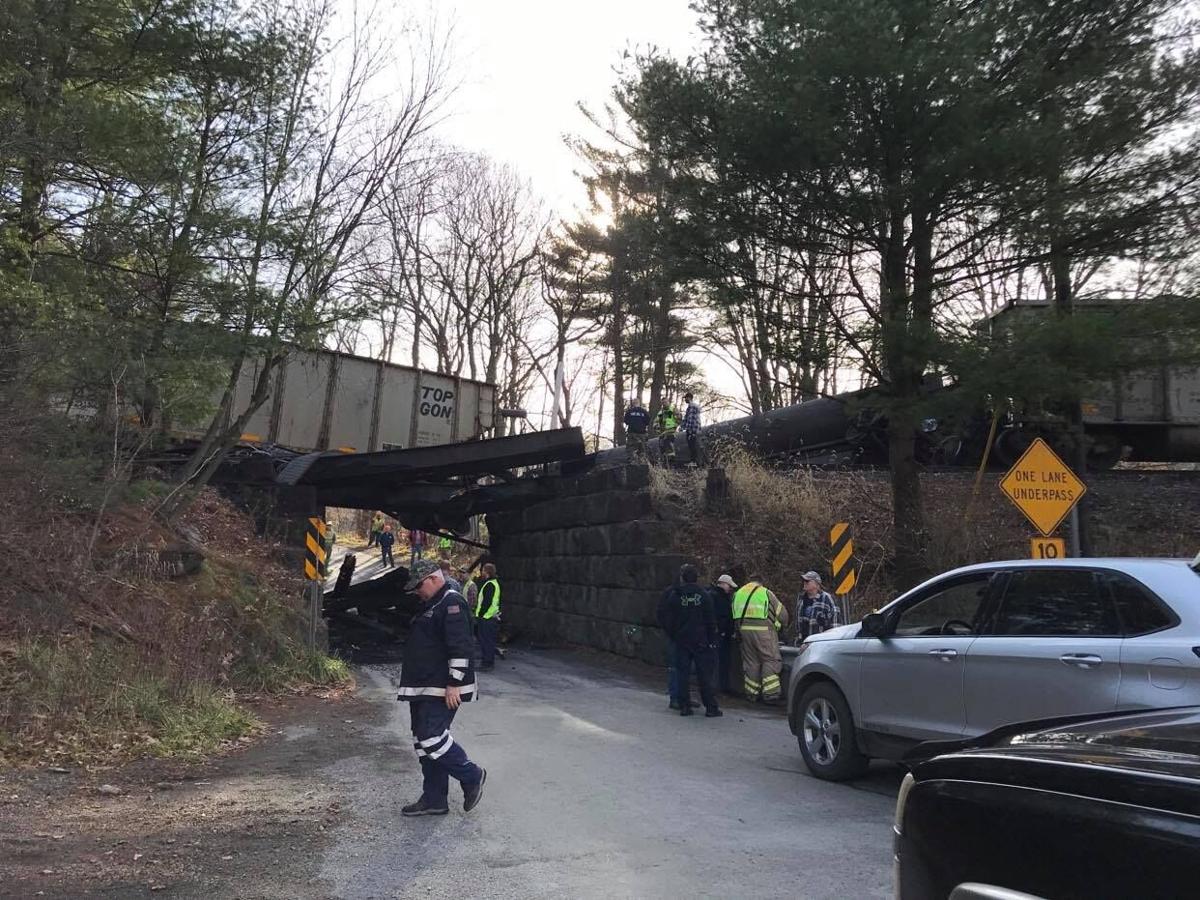 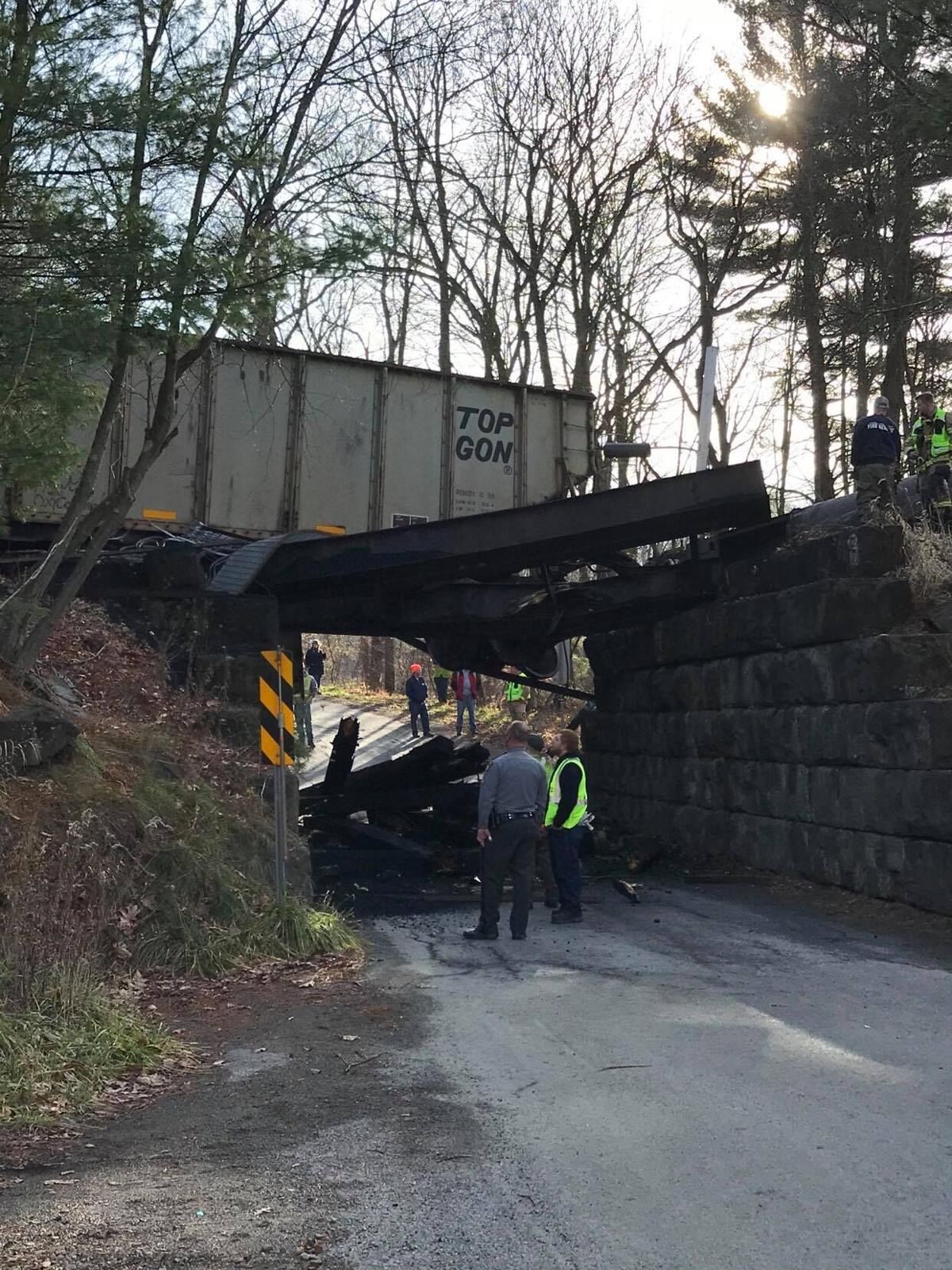 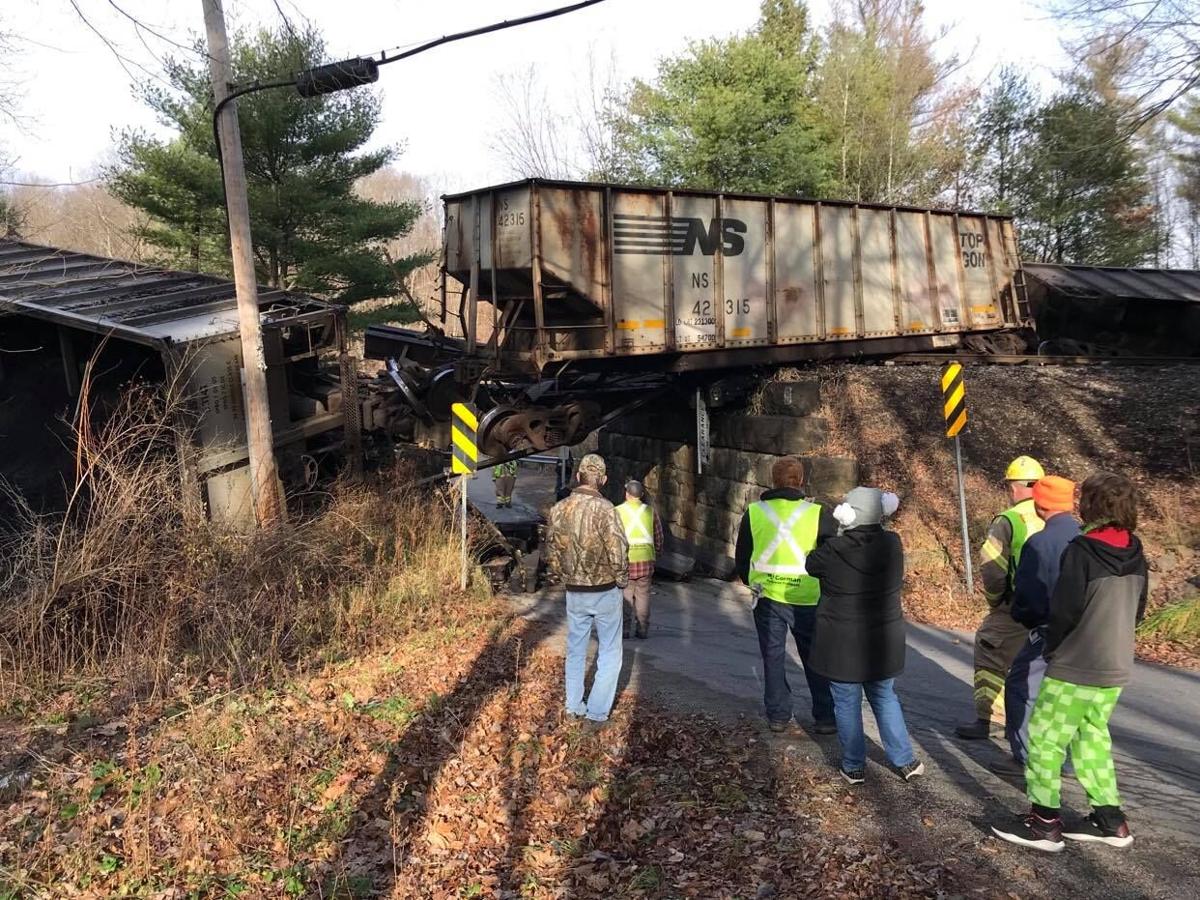 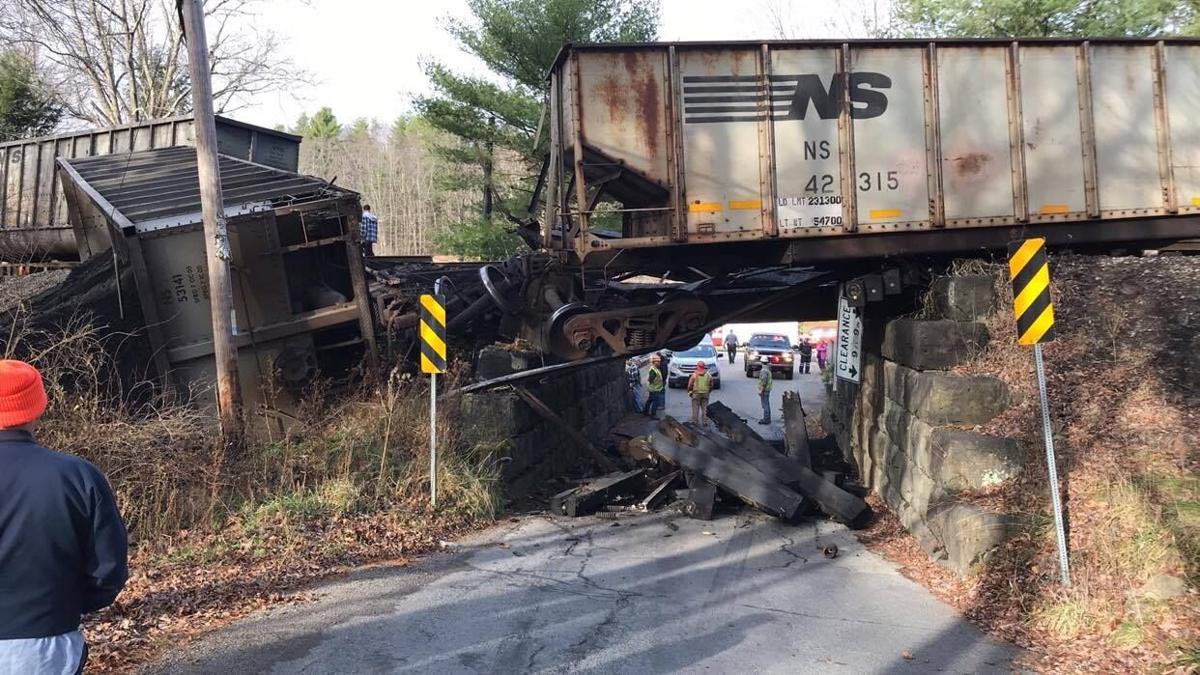 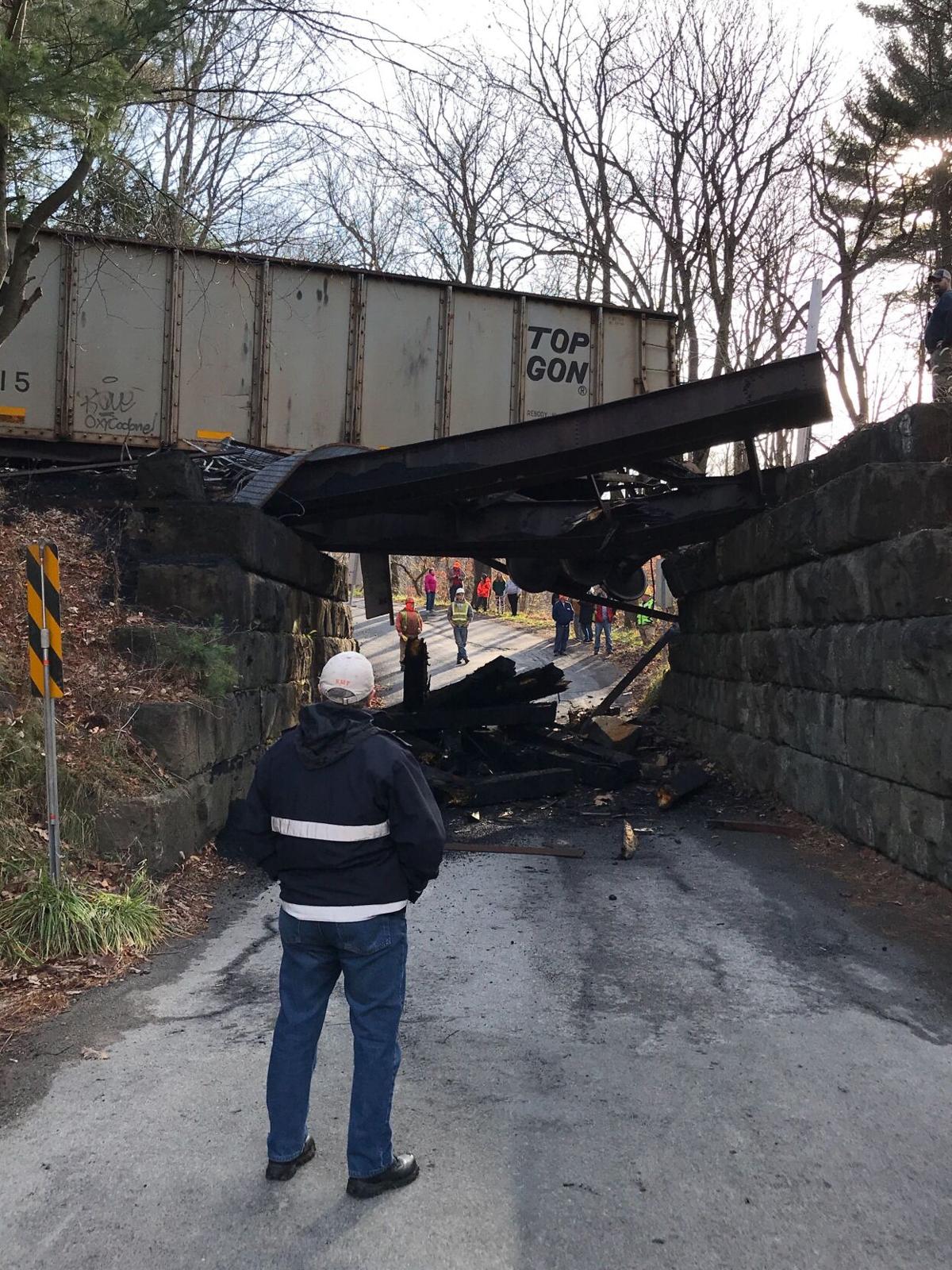 Officials examined the site of the derailment Wednesday morning near Starford. 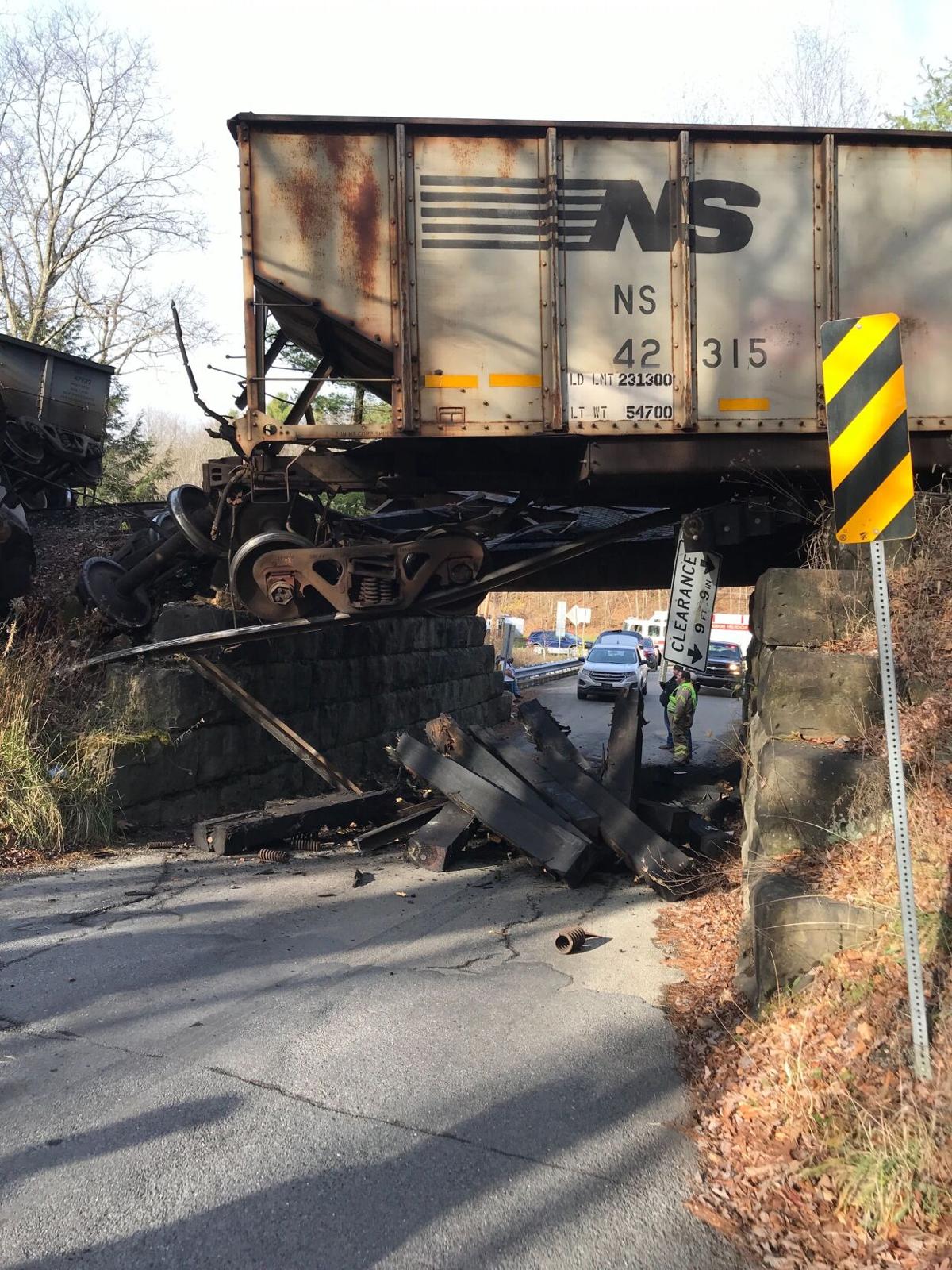 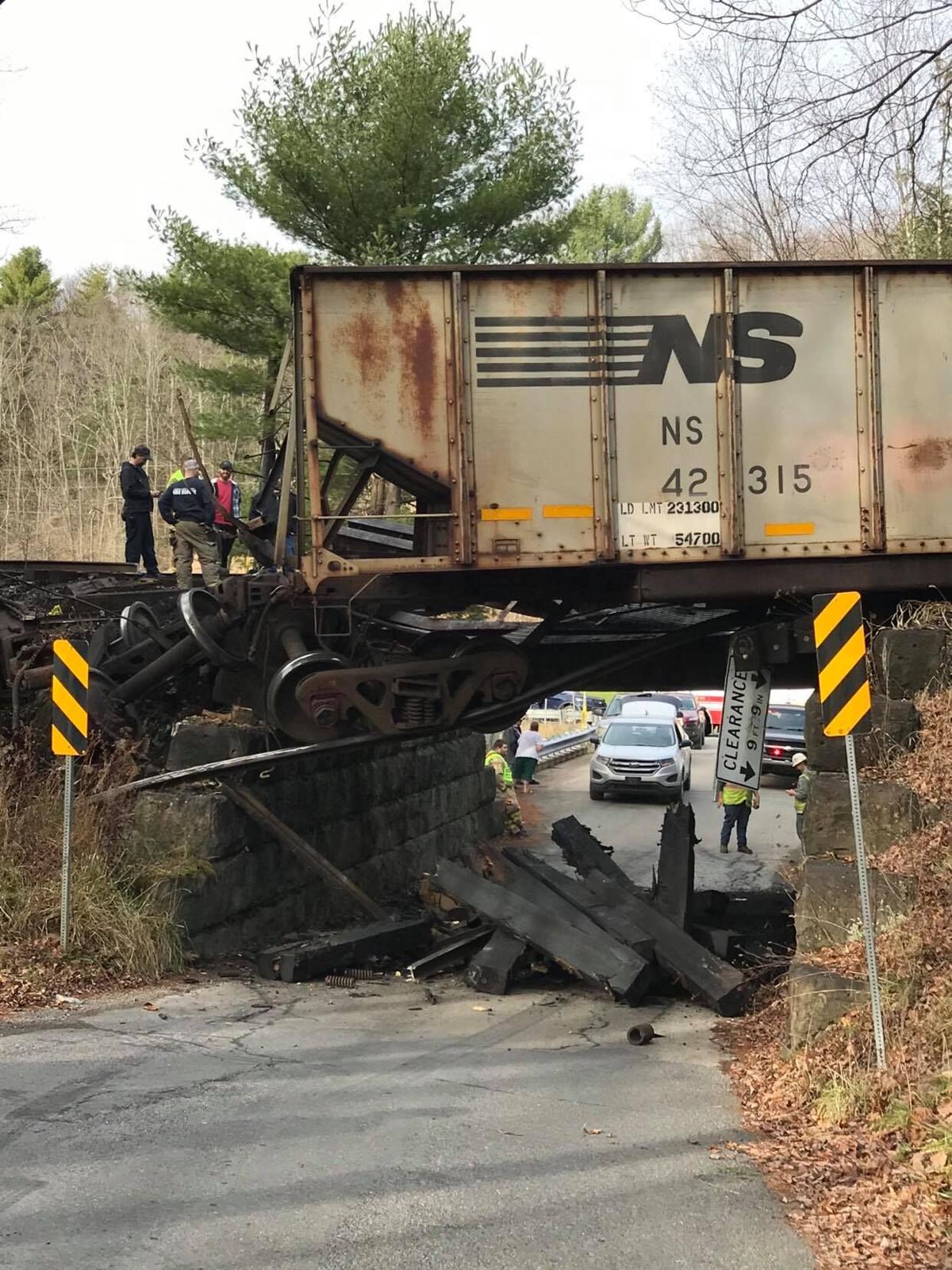 Officials examined the site of the derailment Wednesday morning near Starford.

GREEN TOWNSHIP — The tiny village of Wandin was rattled Wednesday morning by the derailment of a northbound train loaded with coal and the collapse of a trestle over Wandin Road.

A spokesman at the Nicholasville, Ky., headquarters of RJ Corman Railroad Company, the owner of the rail line, said the cause of the accident was under investigation and the bridge was not thought to be responsible.

“Based on early indications, we do not believe at this time that the bridge failed,” said Todd Bivins. “But after that … I cannot say whether it was a track cause, or an equipment cause. That’s under investigation.”

Four cars of 64 in the train jumped the track: 36 had safely crossed and 24 others sat on the rails on the approach to the trestle along Starford Road, according to Assistant Chief James Hopkins III of the Commodore Volunteer Fire Department.

Tons of coal spilled into the woods on both sides of Wandin Road but appeared to pose no environmental danger or threaten any waterways.

No one was injured.

Townspeople congregated near the collapsed bridge with cell phones and cameras, mingled among the first responders and railroad workers, and clambered through heavy brush to cross the tracks and get a gander at both sides of the ruined bridge.

“We were told someone had just driven through a moment earlier,” Hopkins said.

The train had been loaded with coal mined near Clymer and was bound for an interchange point near Clearfield, where Norfolk Southern Railroad would have taken the hopper cars to another destination, Bivins told the Gazette.

State police troopers investigated at the scene the mishap and worked with Commodore firefighters to detour traffic away from the fallen trestle. The bridge crossed Wandin Road less than 100 yards south of Starford Road.

“Certainly it’s a holiday, but we’re going to work to get this thing all cleaned up as soon as we can, today and tomorrow,” Bivins said. Wandin Road would be reopened “as soon as possible.”