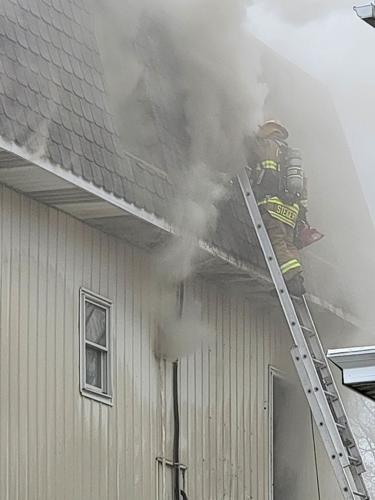 A firefighter worked at the scene of an apartment building fire Friday along North Sixth Street in Indiana. 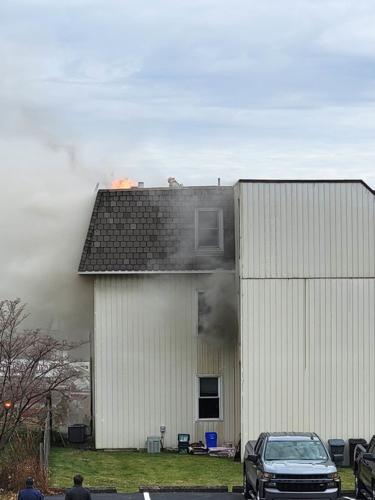 A firefighter battled a blaze Friday atop a three-story apartment building along North Sixth Street in Indiana. 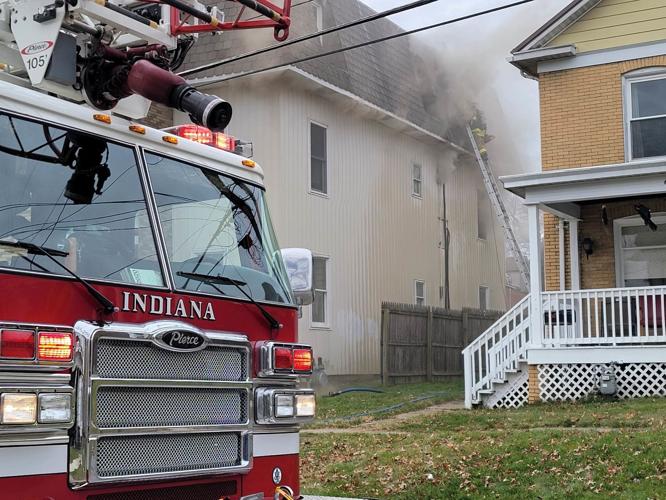 Multiple fire departments were called to a blaze Friday at an apartment building along North Sixth Street in Indiana.

A firefighter worked at the scene of an apartment building fire Friday along North Sixth Street in Indiana.

A firefighter battled a blaze Friday atop a three-story apartment building along North Sixth Street in Indiana.

Multiple fire departments were called to a blaze Friday at an apartment building along North Sixth Street in Indiana.

Damage may be over $1 million in a Friday fire that destroyed a three-story apartment building at 122 North Sixth Street, near the downtown Indiana business district.

The state police fire marshal has been called to investigate the blaze, which is believed to have started shortly before noon in a utility room on the first floor, then spread to six units across the three floors.

"The initial report was that the hot water heater was on fire," Indiana Fire Association First Assistant Chief Ronald Moreau said. "It quickly went up a shared flue."

While IFA and other units were able to quickly handle the fire in the utility room, Moreau said it was through the room within 15 minutes.

"It was a labor-intensive fire," the first assistant chief said.

Crews from across Indiana, Armstrong and Westmoreland counties were on the scene for up to six hours.

Within the next half hour Homer City, Creekside, Clymer, Cherryhill Township, Black Lick and Coral/Graceton volunteer firefighters were dispatched.

While there was a social media report of one person being treated for smoke inhalation, authorities had no report of human injuries, particularly to the volunteer firefighters who came from throughout Indiana and neighboring counties.

Some tenants were home when the fire broke out, including at least one person who was in a shower at the time. Moreau said all escaped, though some had only the clothes on their backs.

However, the assistant chief said, at least two cats were lost in the fire.

While winds were clocked at the nearby Indiana County Jimmy Stewart Airport at up to 20 m.p.h. around noontime, Moreau said there was not much crosswind at the fire scene, and a house some 15 feet away was not affected.

Brush Valley and Plumville District firefighters then were called to standby in Homer City and Creekside, respectively, while Blairsville and Marion Center volunteers were dispatched at 1:08 p.m.

Moreau said some of those on standby were called in as the afternoon wore on.

"We appreciate the cooperation," the IFA first assistant chief said. "We rely on each other every day."

Moreau said The Salvation Army and Red Cross were on the scene to assist, while downtown businesses including Bob's Pizza, Subs N Suds and Sheetz provided pizza and refreshments for the firefighters.