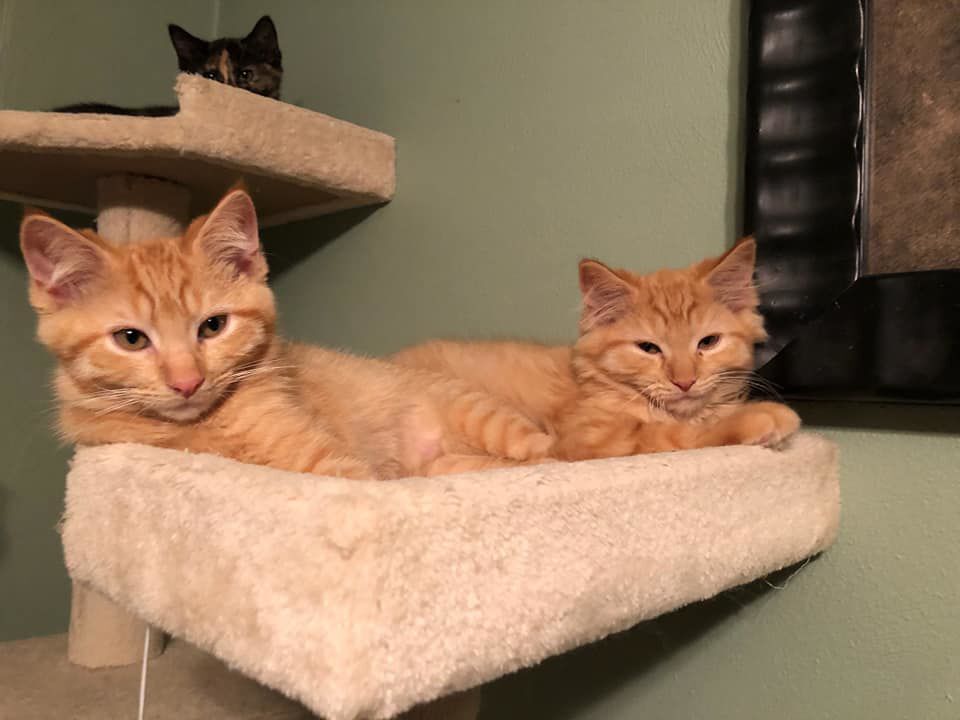 The rescue is running a special on adopting two kittens. These siblings would love to find a home where they can grow up together. 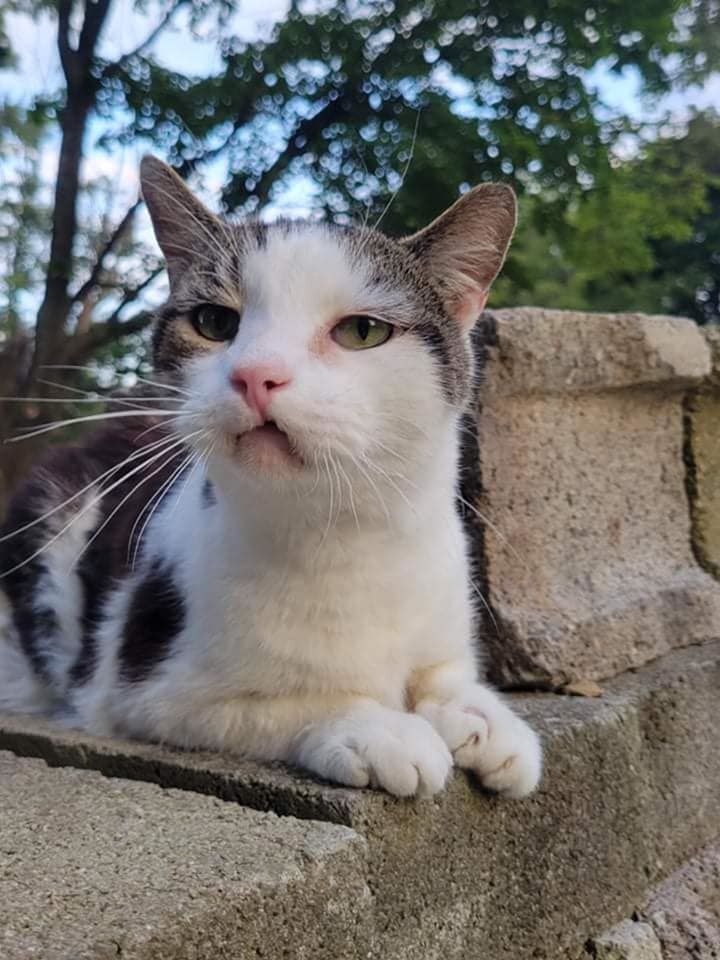 This 10-year-old cat was surrendered by owners who loved him but could not afford his care for a condition that will require long term medicine. He is missing part of his lip and his front teeth because someone kicked him when he was a kitten. 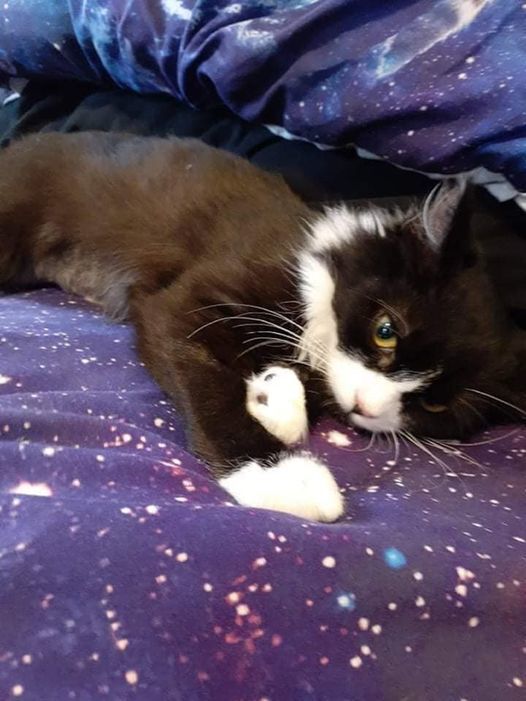 Elsa is tiny from malnutrition and almost didn't survive. 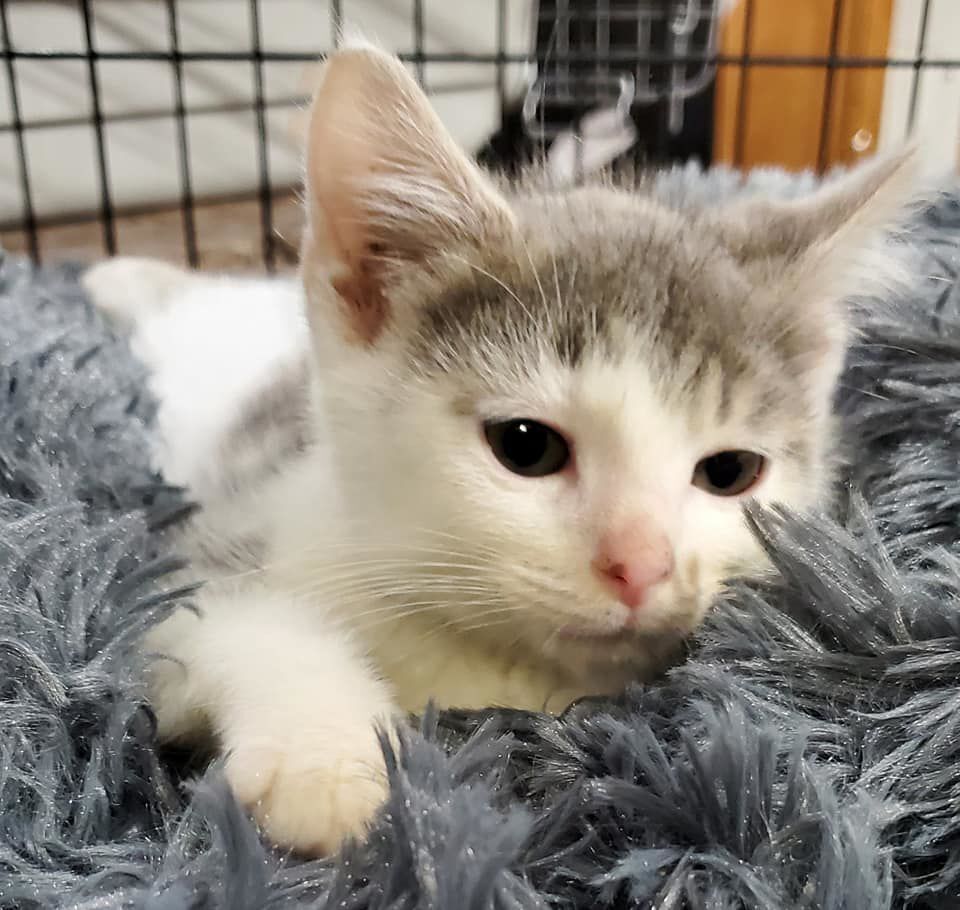 This kitten is one of many looking for a home. 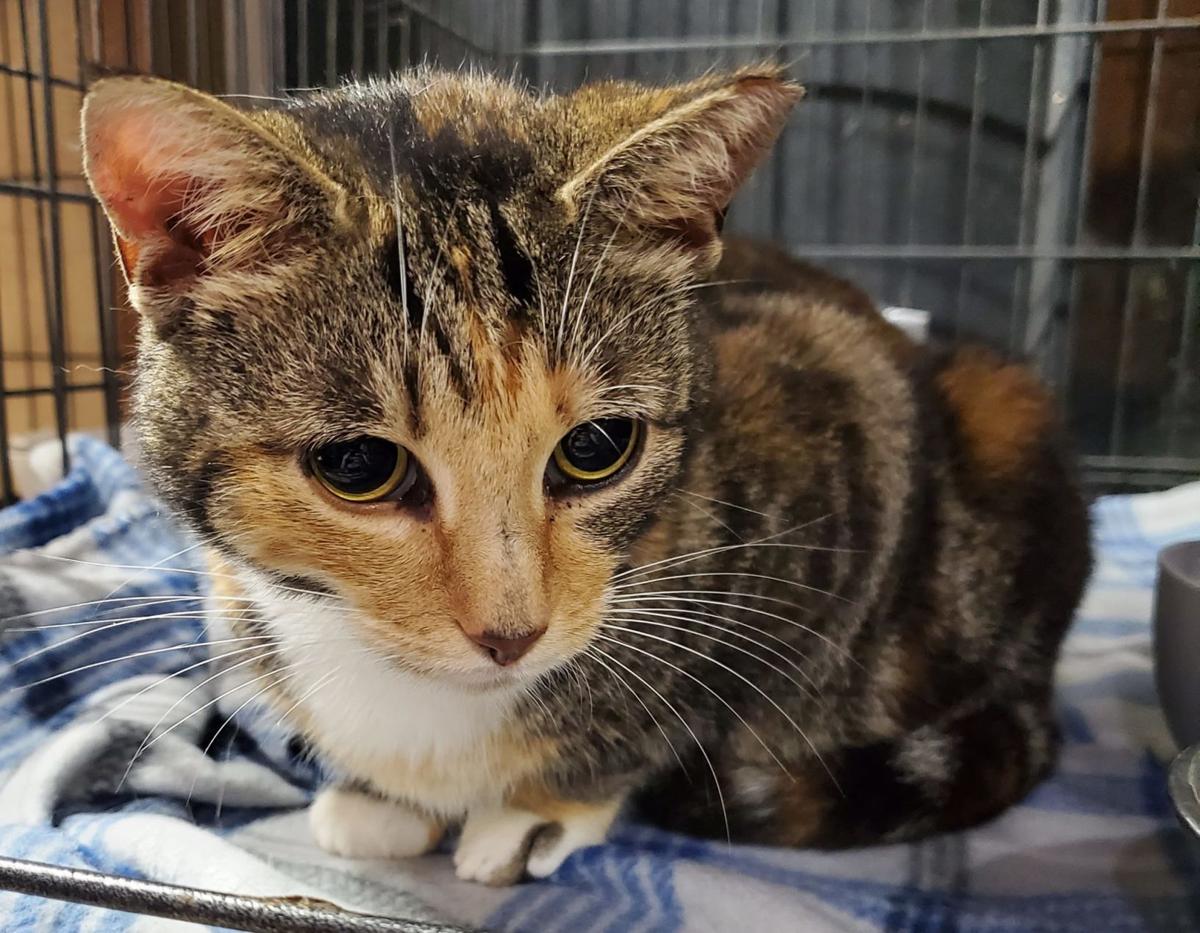 Pat almost didn’t survive a vicious attack by a predator.

The rescue is running a special on adopting two kittens. These siblings would love to find a home where they can grow up together.

This 10-year-old cat was surrendered by owners who loved him but could not afford his care for a condition that will require long term medicine. He is missing part of his lip and his front teeth because someone kicked him when he was a kitten.

Elsa is tiny from malnutrition and almost didn't survive.

This kitten is one of many looking for a home.

Pat almost didn’t survive a vicious attack by a predator.

Evie’s jaw broke when someone threw her from a car. Porcha was covered with so many porcupine quills, even in her mouth, that she was starving. Ren’s upper jaw was shattered and her tongue shredded when she was attacked by a dog, and Rodney — aptly named — showed up with not only a surgical rod sticking out of his leg, but also several serious infections.

Rounding up and caring for those and other tough feline cases is business as usual for the volunteers with Cat Aid Network (CAN).

“We gravitate towards the cats that everyone else overlooks,” said Kimberly Rose, of Blairsville, who founded the nonprofit in 2016. “Our mission is to improve the lives of feral and unowned cats and to help keep owned pets with their families through education, food assistance and low cost veterinary care. That’s our official mission statement.”

Reading between those lines goes more like this: Rose and the volunteers crawling through bushes to find a litter of kittens dumped along the road. Kittens covered with so many maggots that they die. Hoarders with houses full of sick cats and ones so inbred that their days are numbered. Colonies of sick feral cats that just keep breeding.

But beyond those heartbreaks are many more small miracles, and some big ones: cats that adapt well after amputations. Kittens that overcome a myriad of illnesses. Surgeries with positive outcomes, and meds that bring cats and kittens back to good health.

“Dr. Danielle Vought of Derry is our regular vet and she is an amazing person,” Rose said. “And one of our volunteers, Katie Powell of Derry, has Paws On My Heart Nicu. She takes in the motherless neonatal kittens who need special care.”

CAN is looking for help in reaching their goals. They have about 40 foster homes but need more. They need adopters for the hundreds of cats and kittens that they rescue and donations to take care of them and for mounting medical bills. They need people to participate in low-cost spaying and neutering programs to control the cat population that’s out of hand.

They’re also looking for a warehouse to store 40 to 60 pallets of pet food through the Rescue Bank, a national foundation that has distributed $30 million in essential supplies to 300 qualifying rescues in the United States and Puerto Rico. If CAN finds that space, they’ll become ambassadors to distribute food to regional rescues at a cost of pennies on the dollar.

Rose was on the board of SNIPP (Spay/Neuter Indiana PA Pets) when she realized that there were needs beyond those services.

“People brought in cats that were covered with fleas, very underweight or sick, or all three,” she said.

CAN started small and grew into a network of fosters in mostly Indiana and Westmoreland counties, then Cambria and Allegheny counties.

“We’re getting a lot of calls from Johnstown and also Fayette County,” Rose said. “The greatest need is everywhere, especially when there are a lot of people in lower economic situations. I think that every town in every state has cat problems, but sometimes you don’t know it. The cats can be in somebody’s house or behind somebody’s house, and not even a house where you think they’d be.”

The population gets out of hand because cats can reproduce so quickly. One pregnant cat today means dozens next year, with many of them inbred.

“People call us when there are 30 or 40 or 50 cats, and by that time, everything has deteriorated,” she said.

Sometimes it’s someone’s one unspayed cat that roams outdoors and keeps getting pregnant. The owners don’t see it as a problem when they give the kittens away, but since those aren’t fixed, it goes on and on.

“That’s so frustrating,” Rose said. “We started the Last Litter program to try to stop the endless cycle of breeding. To qualify, participants must surrender all the kittens when they’re between 8 and 12 weeks old, and we’ll pay for the mom to get spayed and vaccinated.”

Many spay and neuter programs were shut down or slowed down during the pandemic. Now there are staff shortages. CAN has been making trips to a clinic in Ohio to get multiple cats fixed at once.

Even though adoption fees don’t even come close to covering surgery, vaccinations and deworming, CAN has a special on kittens, just to get them adopted. The price for one is $50 or two for $75 instead of $100 each. Two are more fun than one, Rose noted, and the little ones like bonding and growing up together.

Healthy cute kittens are easy to place. Not so for older cats or imperfect ones who lose eyes or limbs to injuries or disease, or have problems from inbreeding. Many cats of all ages become longer term residents.

Cora has been under vet care for months for an incurable heart condition that will shorten her life. Medication is keeping her comfortable for now. Cheez-It has multiple illnesses, including a potentially fatal condition that’s responding to 84 days of injections.

“He’s having a complete turnaround and has gained so much weight and is looking healthy,” Rose said.

Fawkes was trapped at a farm and brought to CAN for a spay/neuter clinic. He was terrified and his fur was so painfully matted that he had to be shaved down.

“He got adopted and is now living his best life,” Rose said. “He’s another example of a cat failed by their humans. He was dropped off at a farm, and that’s not fair to farmers. They can’t afford to take care of the cats and they end up calling us for help.”

Rose can tell countless cat stories. There’s a kitten from a colony in Fayette County who’s scheduled to have his eyes removed. Another from the same colony didn’t make it, even after her infected leg was removed. A feral cat named Casper didn’t make it, and neither did Tiny, an inbred kitten with multiple challenges.

“People create the problems and we fix them, but there isn’t some magical cat land where all the unwanted cats can go,” she said. “People can do their part by being kind and being proactive. When the elderly lady down the street starts feeding stray cats, go have a conversation with her. Buy her a bag of food. Help her find resources to get the cats fixed. Don’t just complain and wait until there are 50 cats.”

CAN will be represented at the Saltsburg Oktoberfest from 1 to 9 p.m. Saturday. A table with basket raffles is already set up at the BP gas station for early chances, and all proceeds from a food truck on site Saturday will be donated to the rescue. Information about Cat Aid Network is on Facebook.