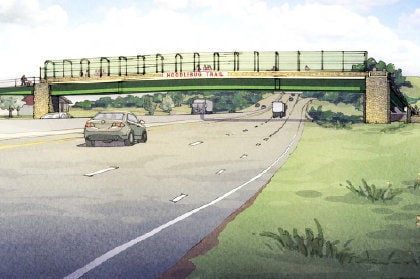 An architect's rendering of the Route 22 pedestrian bridge 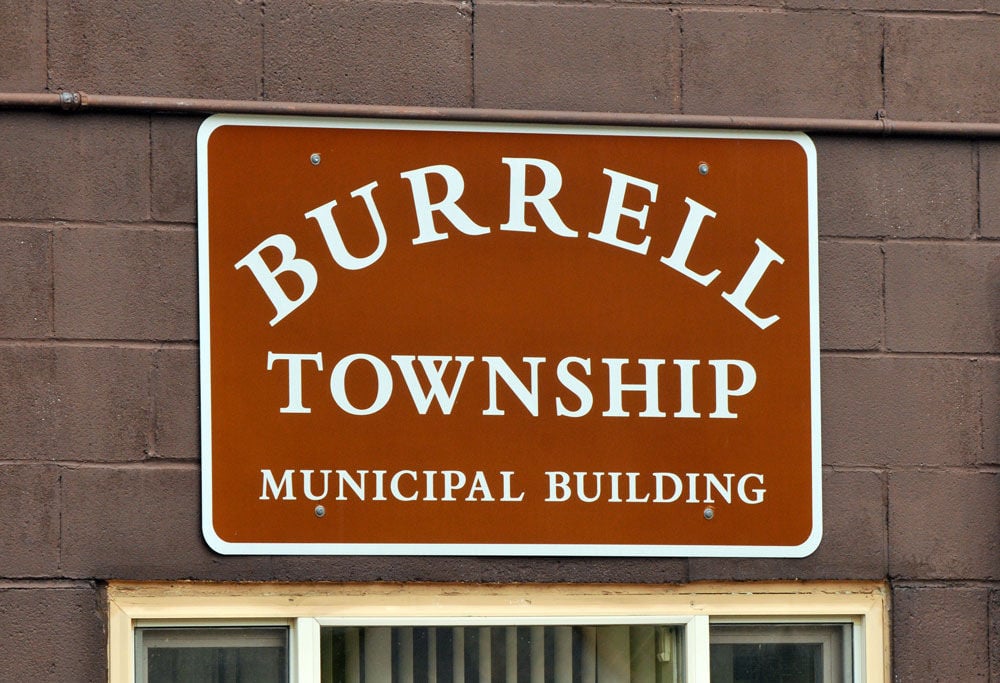 An architect's rendering of the Route 22 pedestrian bridge

BLACK LICK — A protest by local officials against a planned $3 million bridge for hikers and bikers to cross Route 22 reached a new level Friday. The Burrell Township supervisors, vocal critics of the pedestrian bridge concept for several years, formally rejected the site plan as presented in February by the Indiana County Office of Planning and Development.

County planning representatives on hand for a special public meeting at the township office said they remained committed to designing the bridge to at least meet legal requirements.

Josh Krug, of the planning office, asked the supervisors to clarify the root of their objection.

“Should that be construed as an overall stance on trails and development, generally, by the township?” he asked “Or would it be considered, specifically, that Burrell Township does not promote the idea of township roads being used as part of the trail network?”

One year ago, the supervisors ordered the removal of signs marking township roads as an extension of the Ghost Town Trail and Hoodlebug Trail between Black Lick and the Blairsville High School area, because they had been posted without the township’s approval.

Their objection Friday, Supervisor Dan Shacreaw said, is related only to the bridge project.

The township voiced four main objections to the site plan based on a review by the engineering firm Garvin Consulting and detailed them in a letter that the supervisors approved by their vote Friday.

For one, the plan fails the Burrell Township Subdivision and Land Development Ordinance (SALDO) because it doesn’t show how pedestrians and bicyclists would reach either end of the bridge, according to the letter.

County officials have long promoted the bridge, which would be part of the Indiana County Parks and Trails system, as a link between the regional trails on the north side of the highway with a trail coming out of Blairsville on the south side of Route 22.

Yes, the bridge empties out onto Cornell Road on the north end, but the township has prohibited the use of Cornell Road as a pedestrian or bike trail, the letter stated.

Next, the engineer found that actual construction work would take place outside the area designated on the site plan as the “Limit of Disturbance,” a deficiency that raised the township’s concern for effects on the local neighborhood.

Garvin also found that the plan violates the setback requirements of the ordinance. “Structures shall be constructed no closer than 25 feet from the front … side, and … rear property lines,” according to the SALDO.

Finally, the supervisor protested that Pennsylvania Department of Transportation has not given any written approvals or authorization for the proposed bridge, and insisted on an opportunity to review any PennDOT approvals.

The supervisors said the county included PennDOT’s mention of the project in an April 11, 2013, email message with the site plan. But the message incorrectly identified Route 422, instead of Route 22, as the highway that the bridge would span.

“It will be our intention to look at this in more detail,” said county planner Jeff Raykes, as he asked for clarification of who county officials should contact as they respond to the letter. “It’s certainly our intent that we present something that abides by your ordinance.”

County leaders in February predicted that construction of the bridge could begin before the end of the year.

The township supervisors have long contended that the bridge would add to the distractions that drivers face on an already-busy stretch of highway that comes off Pennview Mountain from the east and traverses a commercial zone out of Blairsville from the west.

They’ve protested the expense of the project, and have openly recommended the use of any existing local road underpass to connect the trail system to Blairsville as one that they would support.