Free access for users from a valid domain
Get Started

Starting at
$39.99 for 91 days
Get Started
View all rates
You are the owner of this article.
Edit Article Add New Article
You have permission to edit this article.
Edit
Home
News
Sports
Community
Leisure
Business
Find a Job
E-Editions
Subscriber Services
Subscribe
1 of 6 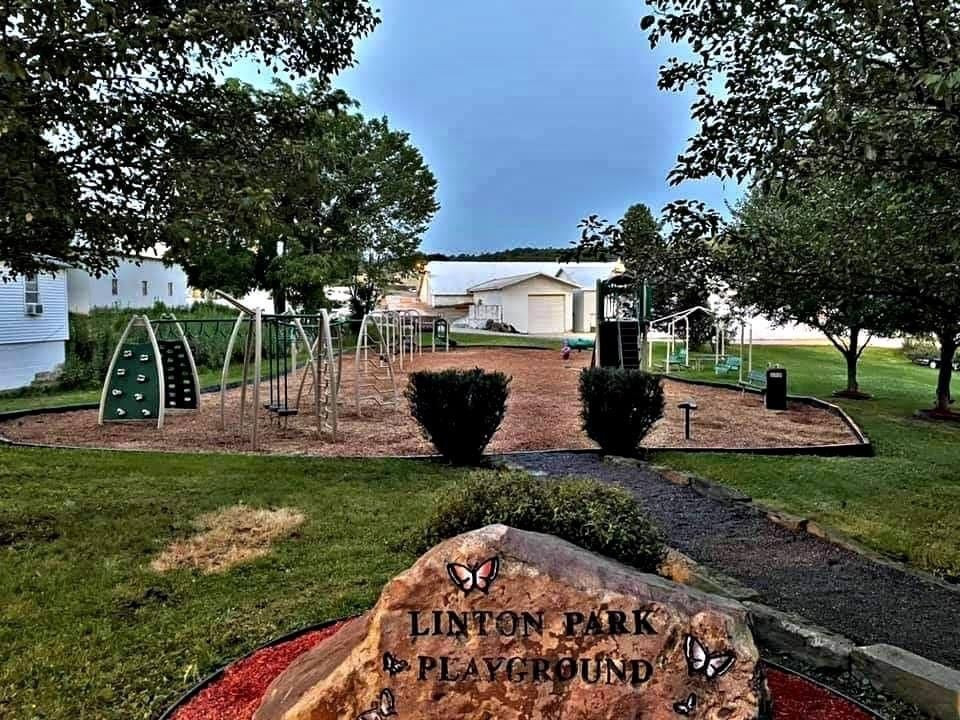 The Linton Park Playground in Marion Center was spruced up by many community volunteers. 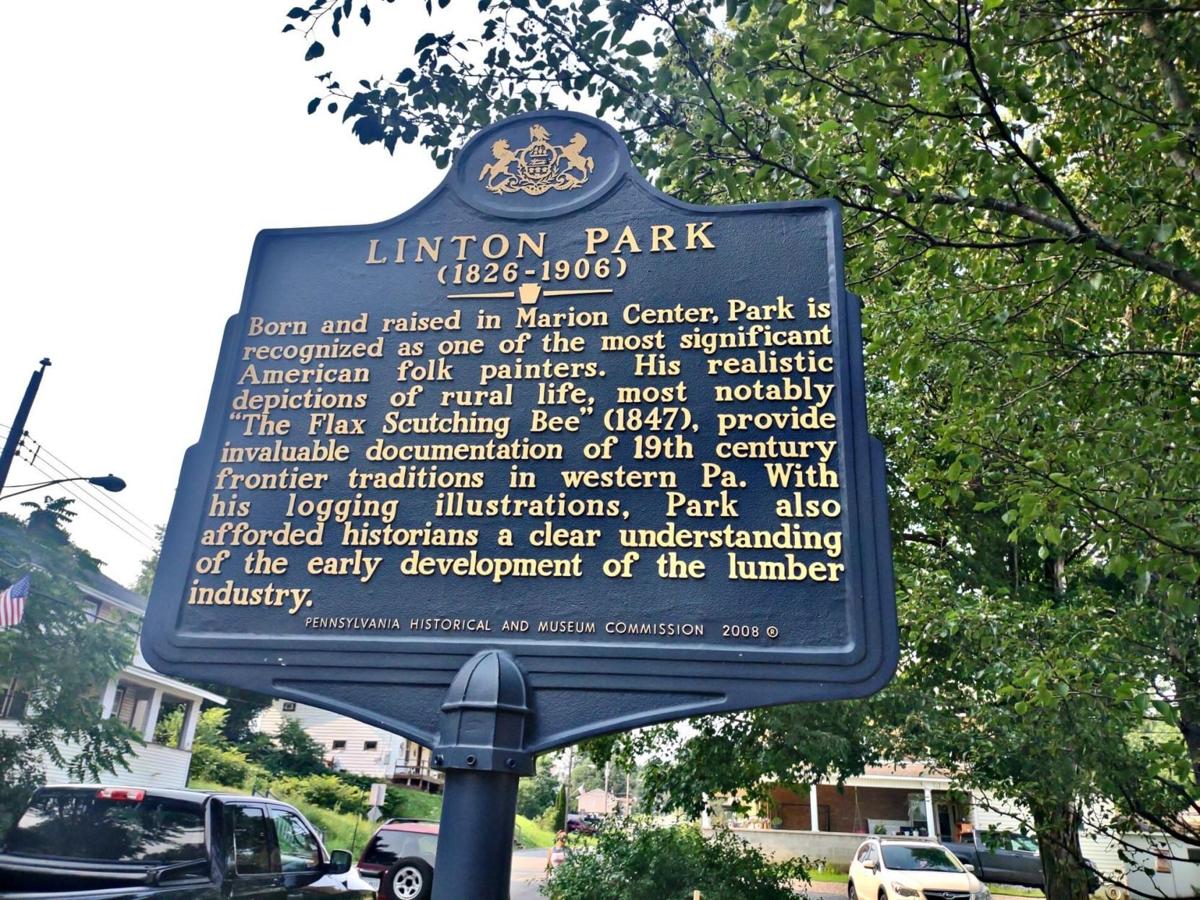 A sign in Marion Center Borough highlights the American painter that gave the playground its namesake. 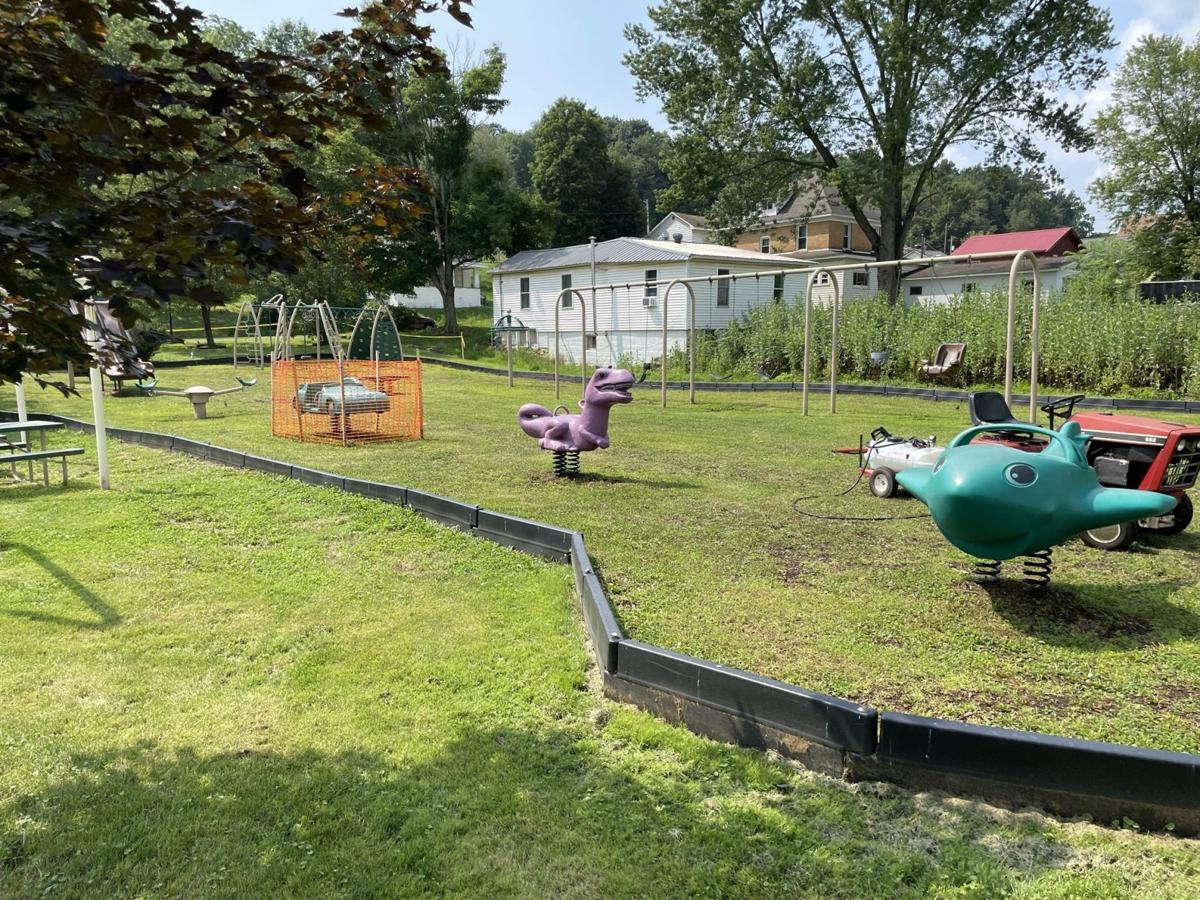 Before volunteers cleaned up the playground, it was overgrown and had a reputation for being in disrepair. 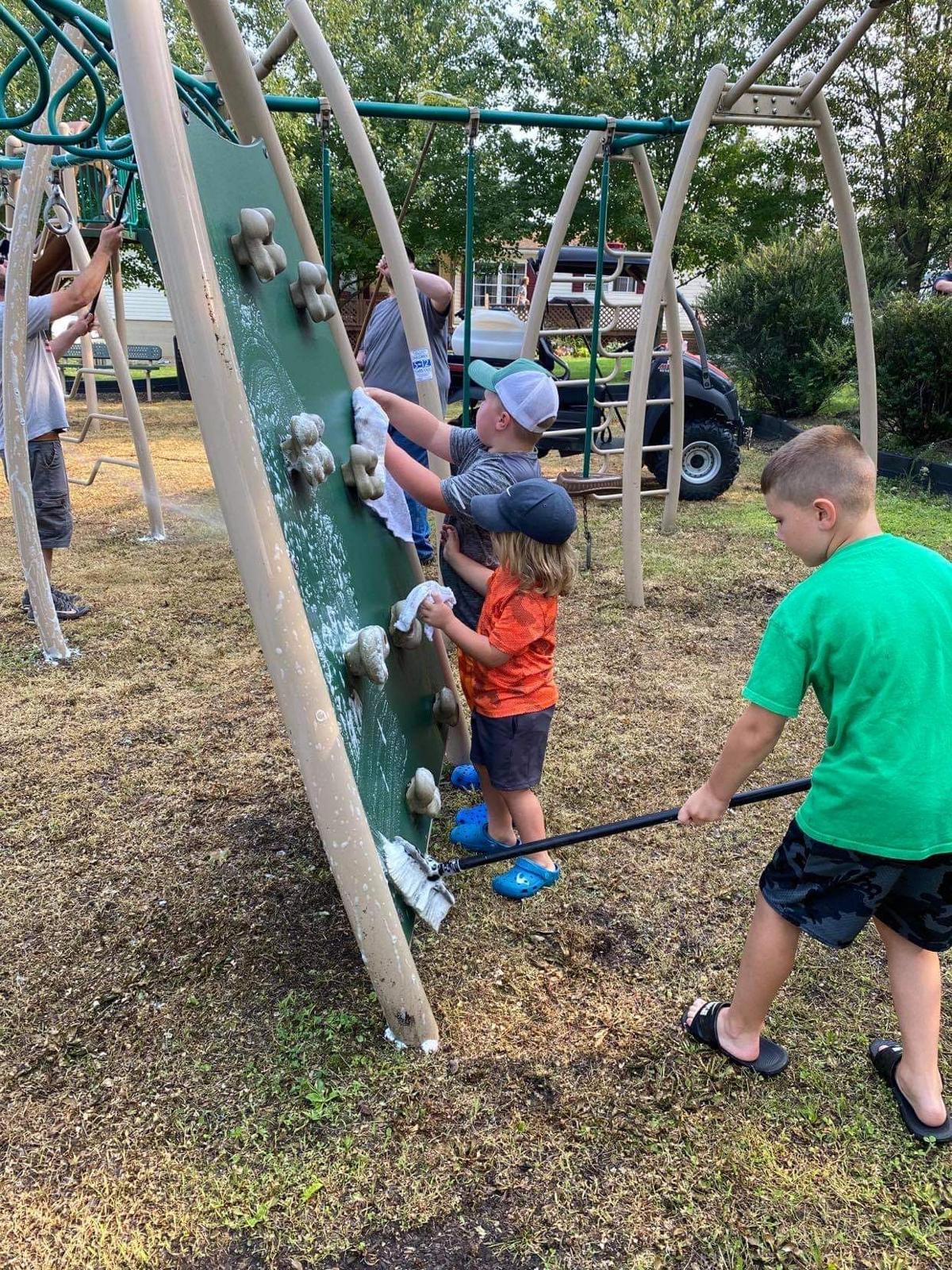 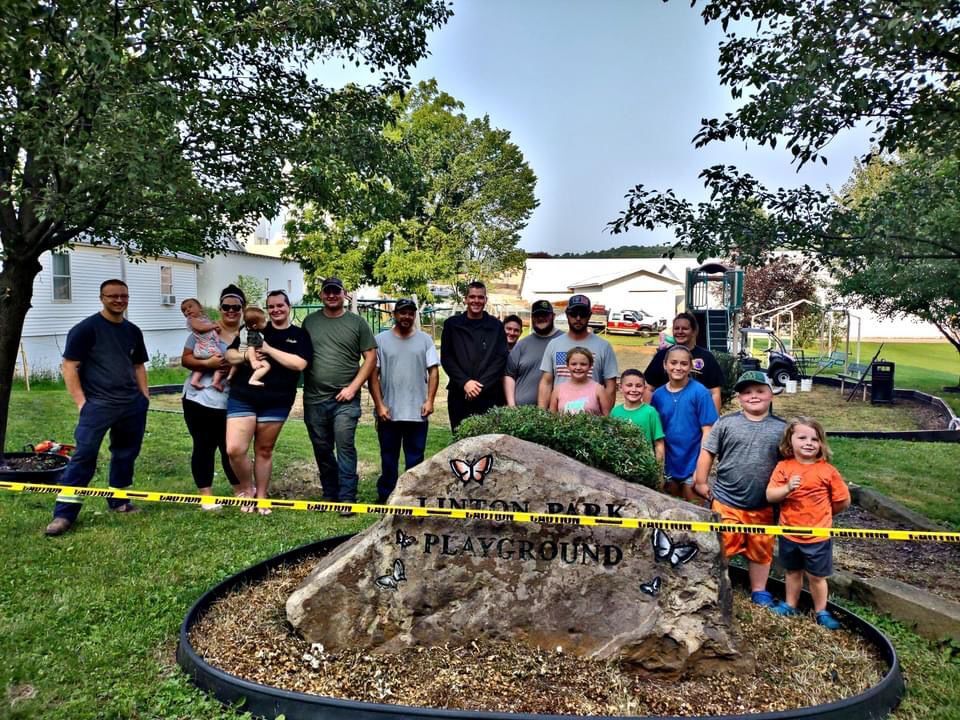 A group of volunteers posed by the playground. 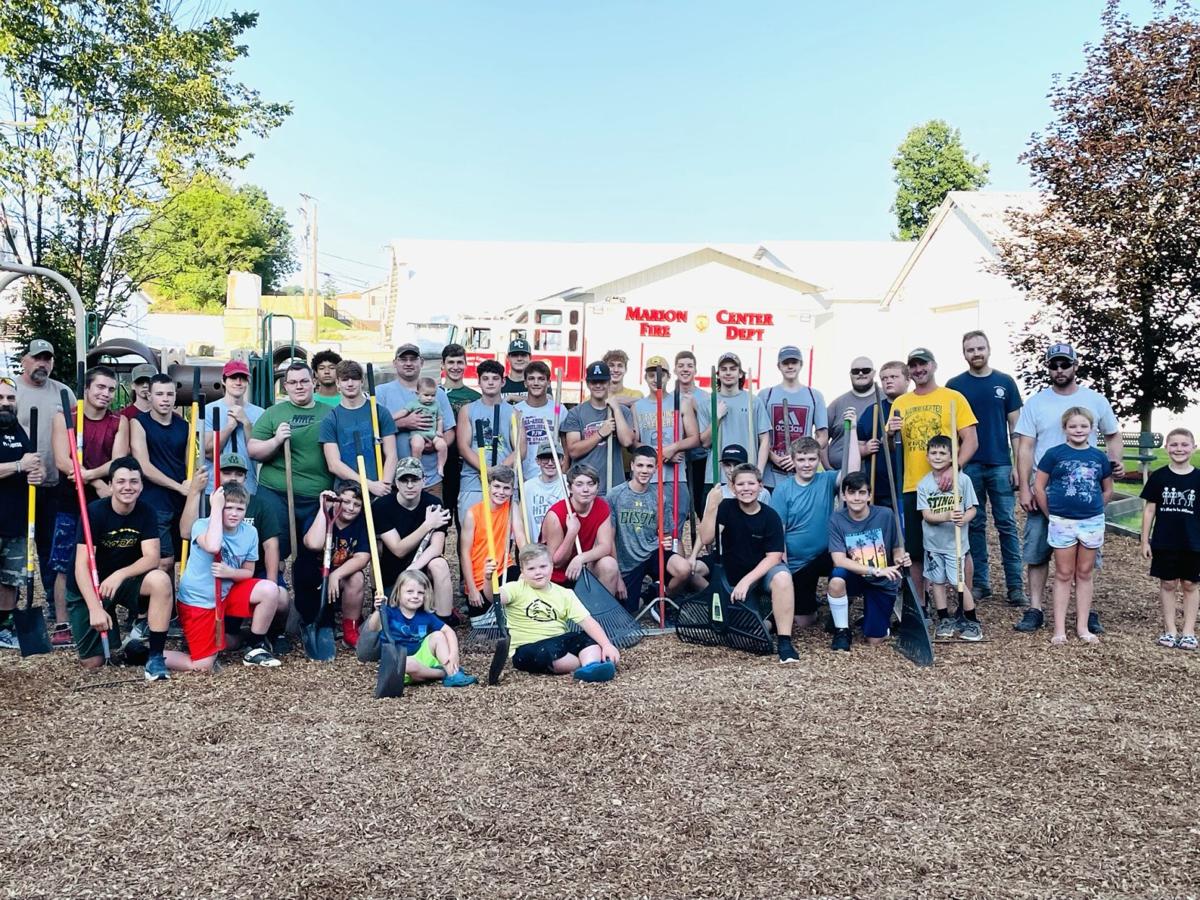 Members of the Marion Center football program and fire department were among those who helped clean up Linton Park Playground in Marion Center.

The Linton Park Playground in Marion Center was spruced up by many community volunteers.

A sign in Marion Center Borough highlights the American painter that gave the playground its namesake.

Before volunteers cleaned up the playground, it was overgrown and had a reputation for being in disrepair.

A group of volunteers posed by the playground.

Members of the Marion Center football program and fire department were among those who helped clean up Linton Park Playground in Marion Center.

The Linton Park Playground in Marion Center was created in 2008 when the borough received a grant for the installation of the park, named after a significant American folk painter born and raised in the town.

However, over the last 13 years, the park had fallen onto some hard times. The equipment was in need of maintenance, and a lack of upkeep had made many parts look overgrown and dingy.

Megan Bloom, a resident of Marion Center who lives a few doors down from the park, was well aware of its state.

“It had fallen into disarray,” she said. “It needed updating and a wash and some much needed maintenance. Kids in town want to use it, but it has a reputation of being pretty run down.”

Megan and her husband, Chris, welcomed a son named Beau into their family in January. The hopes of eventually taking him to the park to play provided the drive and inspiration to get it back into shape.

“My husband is actually on the borough council,” Bloom said. “And he was just recently put in charge of the park committee.”

This came at a good time, according to a social media post by Marion Center Volunteer Fire Department (MCVFD) Assistant Chief Gavin Misko, as the park was in discussion of being closed. “Recently (the) borough council discussed closing the park due to many factors,” he posted.

Some of the reasons included budgeting, lack of maintenance and upkeep costs.

Chris Bloom fought against the closure and began to round up volunteers to help clean the park. Many of the volunteers came by word of mouth, Megan said.

“We have to give lots of credit to the fire department,” she said. “They got a ton of guys behind us. And we talked to some of our neighbors who came to help and brought friends and other members of the community.”

The cleanup effort began July 19, with volunteers coming together to wash the equipment as well trim brush and mow the grass.

“Lieutenant Kory Parks from the MCVFD handled the organization on our end,” Misko added in the social media post.

As the week went on, a load of mulch was delivered to help cover the ground area. It was laid out by an additional group of volunteers.

“We had 33 members of the Marion Center football team come to help us spread the mulch,” Megan said.

“It was nice to have so many helping hands. We got it knocked out pretty quick with everyone helping.”

Moving forward, Megan hopes that the park will continue to be a safe and enjoyable place for children in the community to come and play and get some activity. However, they are also hoping for more help.

“In the next couple of years, we’re hoping for some donations and funds to eventually add more equipment,” she said.

The MCVFD also mentioned the hope of finding sponsors in their post, saying, “If any local businesses would be interested in a sponsorship or other donor-type options to continue upkeep and the maintenance at Linton Park, Please contact MC Borough Council Member, Chris Bloom.”

Megan said Chris, who was unavailable for an interview, wanted to make sure that he extended his thanks to everyone involved with the effort.

“He wants to say a big thank you to the community and everyone involved. To the fire department and Adam Rising with the football team as well as everyone else who volunteered their time to get it cleaned up,” Megan said.