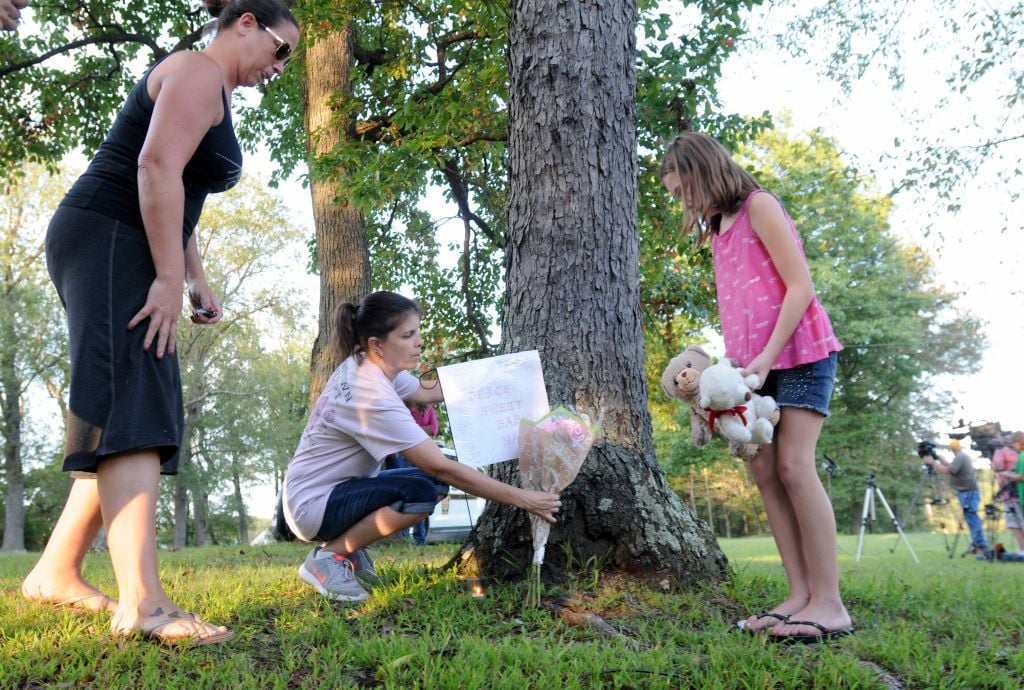 Kara Baird, left, her daughter Ainsley, 9, of Robinson, and friend Stacey Lubitz, center, of Burrell Township, placed flowers and teddy bears at a memorial Tuesday at Pine Ridge Park in Burrell Township after investigators reported the body of kidnapping victim Nalani Johnson was found there. 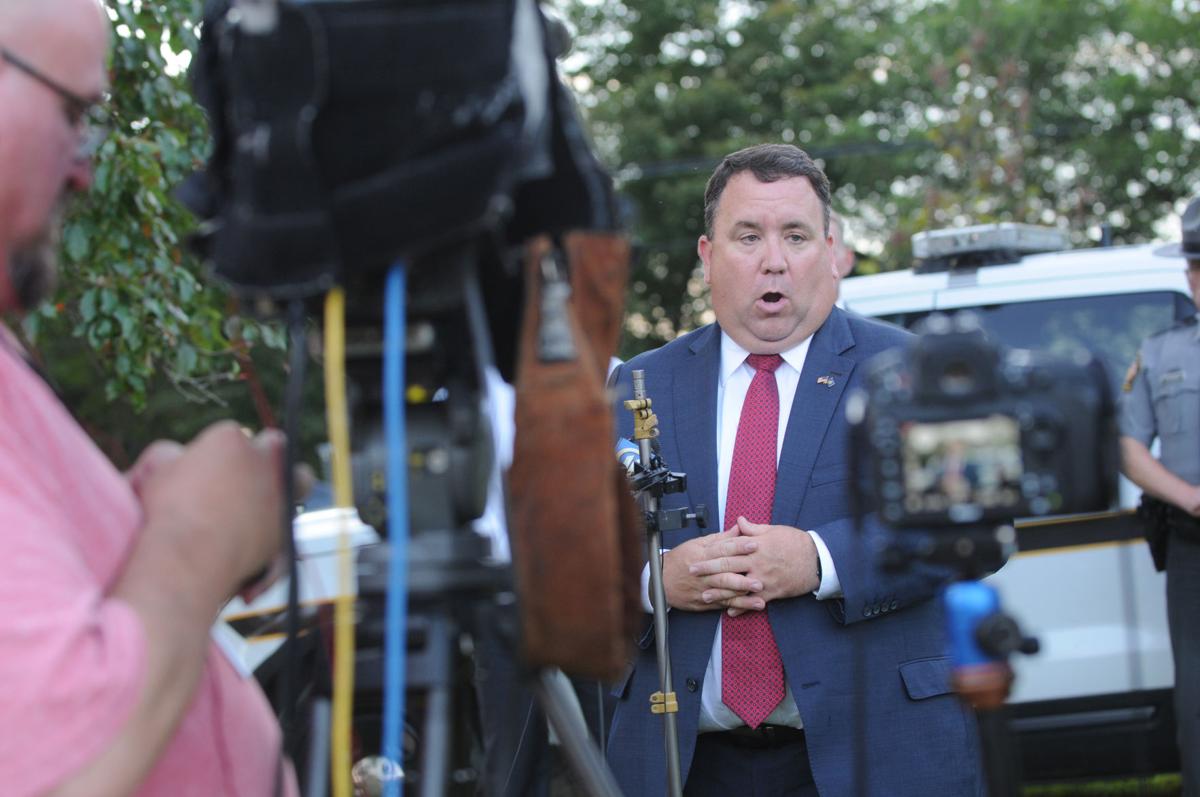 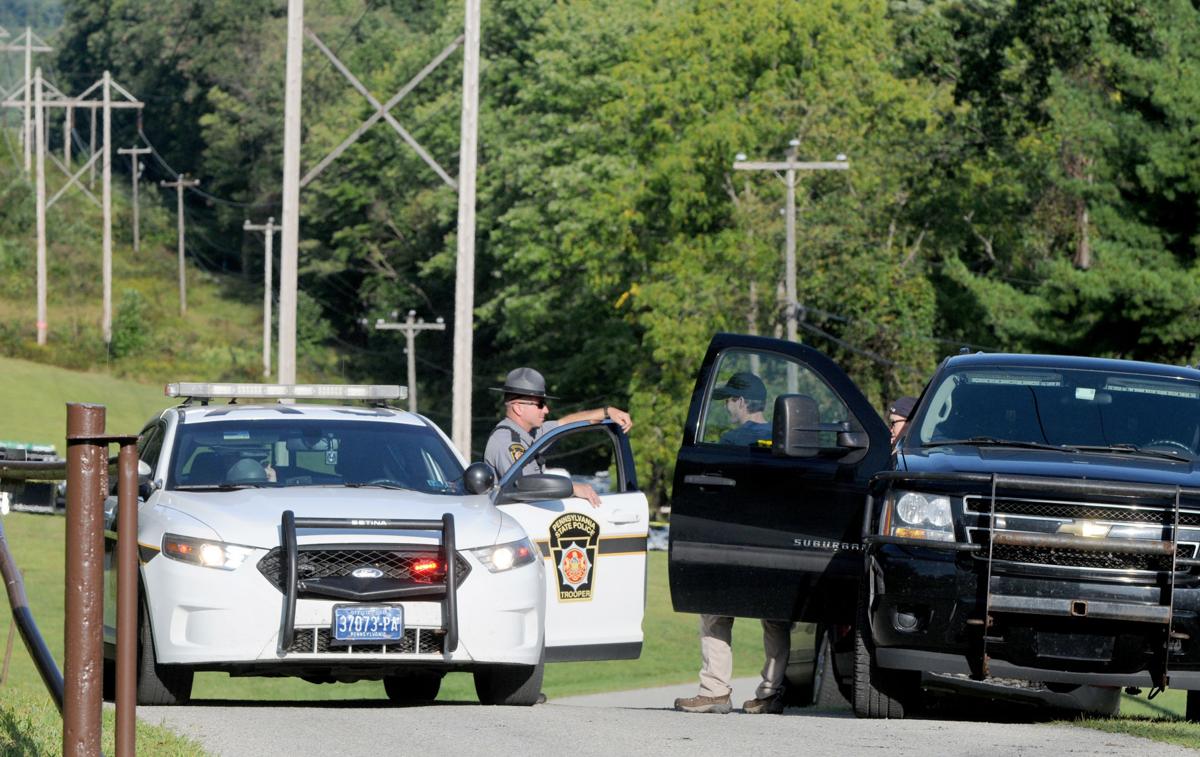 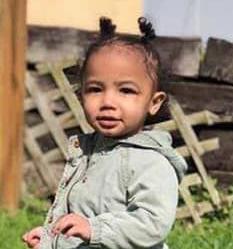 Kara Baird, left, her daughter Ainsley, 9, of Robinson, and friend Stacey Lubitz, center, of Burrell Township, placed flowers and teddy bears at a memorial Tuesday at Pine Ridge Park in Burrell Township after investigators reported the body of kidnapping victim Nalani Johnson was found there.

BURRELL TOWNSHIP — Authorities on Tuesday evening confirmed that the intense search for a 2-year-old girl, who was kidnapped Saturday in Allegheny County, concluded with the discovery of the toddler’s body in southern Indiana County.

The abduction of Nalani Johnson in Penn Hills, which had captured the attention of western Pennsylvania with an Amber Alert, ended about 1:30 p.m. when investigators discovered the girl, police told reporters.

She was found “in the Pine Ridge Park area” east of Blairsville, said Trooper Steve Limani, a state police media relations officer based in Greensburg.

Law enforcement manpower congregated in two locations — in a parking lot about 300 yards from the entrance of Pine Ridge Park, cordoned off with yellow police tape and blocked off by police and FBI vehicles, and at a house just east of Pine Ridge Park’s intersection with Route 22 East, where an Indiana County coroner truck and a fleet of other cars and officers were seen crowding the shoulder of the highway.

“We are working diligently, and we are working together,” he said. “This is a cooperative effort between (the counties) to try to get the best outcome and determine what happened to this child.”

Neither Dougherty nor Limani, the only officials who formally addressed media and spectators at a hastily called news conference, mentioned the spot where the girl was found. Limani declined to say whether searchers were given a pinpointed location or a general area to look for the girl, and wouldn’t disclose who found the child’s body.

Her father, Paul Johnson, told Penn Hills police that Sharena Nancy drove off in her car, with Nalani strapped in a child safety seat, at about 5 p.m. Saturday.

Investigators traced Nancy’s travels from Bryant Road and Prescott Road through Westmoreland County on Route 22 to the Blairsville area and back to Penn Hills by 7:30 p.m., when police stopped her car on Rodi Road.

Nalani and her child seat no longer were in the car, Allegheny County police reported.

Police, meanwhile, blanketed the region with the account of the abduction and descriptions of Nalani and Nancy.

Mary Short, of Blairsville, said she learned of the kidnapping when the Amber Alert popped up on her phone. She said she followed news accounts of the search and drove with some friends to Pine Ridge Park to watch the news conference.

“No, I never thought of anything like this,” Short said of the end of the search within miles of her home. “I was hoping they would find her alive. We heard about this; I’m very sad about this.”

“We saw it on TV,” Pauline Alexander said. “They were showing them (police) out here, and that’s why we came out.”

Dougherty said an autopsy was planned for today to determine the cause and manner of death.

“This is an ongoing investigation so the information we can release is very limited at this time,” he told reporters. “We are working hand in hand with Pennsylvania state police, the Allegheny County police and district attorney’s office; the FBI has also been here and they are assisting with the investigation. The Indiana County coroner … is working with the forensic services unit to process the scene.”

Nancy, 25, who authorities say had been romantically involved with the child’s father, remains in custody in Allegheny County on charges of kidnapping of a minor, custodial interference and concealment of the whereabouts of a child, all felonies.

Dougherty, not using any names but referring to a woman “currently in custody” in Allegheny County, said “we believe that she is involved. To what extent, that is still being determined.” County authorities could not be immediately reached to clarify whether he was referring to Nancy. But he said officials believe there is no danger to the community.

Dougherty didn’t say what drew investigators to the park.

Indiana County-owned Pine Ridge Park is about a mile east of the Chestnut Ridge Golf Course, and police said Nancy’s car had been spotted in the area after allegedly leaving Penn Hills with the child.

Nancy was shown on video recorded at the Sheetz convenience store in New Alexandria, police said. Allegheny County Police Superintendent Coleman McDonough asked owners of Route 22 corridor businesses that may have been closed for the holiday weekend, along with area residents, to “review any video footage to see if there is anything that may be of interest to investigators. The particular timeframe for relevant video is from 5:23 p.m. until 7:25 p.m. on Saturday.”

Nancy, accused of driving off with the toddler as Paul Johnson tried to get Nalani and her car seat out of the vehicle, had been romantically involved with the man, and there was an argument in the vehicle before she drove off, Allegheny County authorities said earlier Tuesday.

Nancy and Nalani Johnson’s father met on social media and were “in the beginnings of an intermittent romantic relationship,” said McDonough.

Nancy works as a ride-hailing driver, but she had spent several hours with the father, a friend of his and the child before the alleged kidnapping in Penn Hills, McDonough said.

“This was not an arbitrary Uber/Lyft — they were known to each other,” he said.

Police said Monday the child’s father told investigators that he and a friend were riding in a car driven by Nancy on Saturday evening. When he got out of the car and was moving to get the child out of her car seat, Nancy drove off, he alleged. Authorities now say an argument that began between the friend and Nancy prompted the two men to get out of the car.

Nancy alleged she turned the child over to a woman in a silver SUV during a roadside rendezvous on the instructions of the father, who she alleged had “sold” the toddler, but McDonough said investigators “have nothing to corroborate or suggest that that version of events is correct.”

“We have a situation where we have two versions of events at the same time, similar versions up to certain point in time during the day and then the versions differ dramatically, so a lot of our investigative efforts are trying to corroborate one version or the other,” McDonough said. Investigators had been trying to narrow down the large search area and asked people for information about Nancy’s whereabouts before she and her vehicle were found and also to be on the lookout for the child’s missing car seat.

The child’s grandmother Taji Walsh thanked law enforcement and volunteers for their efforts in trying to find the girl.

“We miss Nalani, and we want her home,” Walsh said, pleading for anyone with information to call investigators. Indiana County officials on Tuesday night urged people to respect the privacy of the grieving family.

The Associated Press contributed to this story.