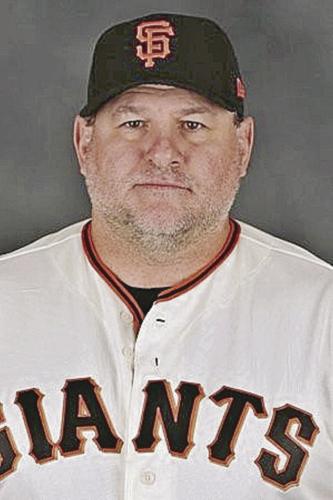 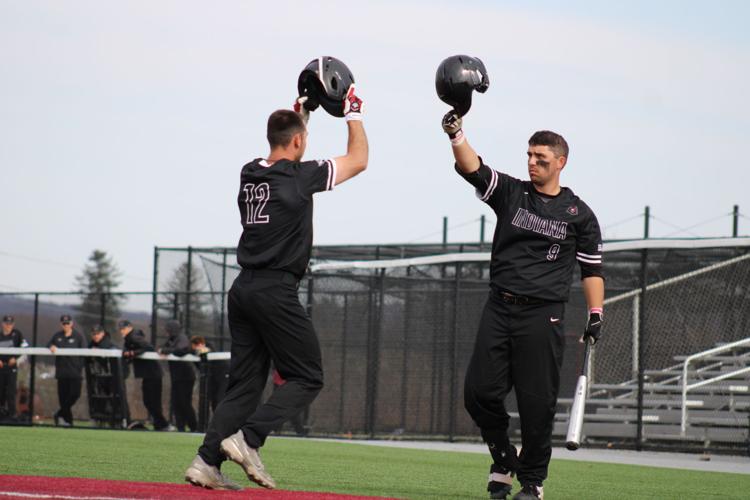 Austin Mueller (9) greeted Markus Cestra after he crossed home plate during a game at Dougherty Field earlier this season.

Austin Mueller (9) greeted Markus Cestra after he crossed home plate during a game at Dougherty Field earlier this season.

The IUP baseball team is on a five-game winning streak.

Why is that significant? Because it hasn’t happened in nearly a decade.

After completing a four-game weekend sweep of Pitt-Johnstown on Saturday, IUP is riding its longest win streak since taking seven straight from April 10-20, 2013. Nine years to the day since that streak ended, the Crimson Hawks will look to match it today when they welcome Kutztown in a PSAC crossover doubleheader at Dougherty Field.

With less than three weeks remaining in the regular season, IUP is 19-15 and sits in third place in the PSAC West with a 10-6 division record. It’s a far cry from where the Crimson Hawks were a season ago, when they finished 2-35.

“Last year was just brutal all the way around because people would ask you, ‘Hey, did you guys win?’ and the answer would be ‘no’ every time,” junior infielder Harrison Pontoli, who played in all but one of the Crimson Hawks’ 37 games last season, said. “This year, it’s just completely different. We have a chance to go deep in the playoffs and make a run, so it just feels great now compared to last year.”

Not only are the Crimson Hawks in the thick of the playoff hunt, they’re also just one game behind first-place Mercyhurst (11-5) in the race for the division title with 12 division games remaining on the schedule. IUP and Mercyhurst will square off in a four-game home-and-home series this weekend. The regular season is scheduled to conclude on May 7.

“It was very difficult, especially for me,” senior infielder Markus Cestra said of the 2021 season. “My roommates, they aren’t on the baseball team. So, I would come home after a doubleheader, and they’re like, ‘Hey, did you win?’ And I’m like, ‘No.’

“And it was every weekend I was hearing this. It got irritating. But this year, we talk about the record all the time. It’s behind us, and we’ve got something special going on right now.”

Cestra played a pivotal role in IUP’s four-game sweep of Pitt-Johnstown, and he was named the PSAC West Athlete of the Week on Tuesday. He began the series by going 5-for-5 with four doubles, a home run and five RBIs in a 14-12 comeback win in the first game of Friday’s doubleheader. He finished the series 10-for-16 with nine RBIs.

As a team, the Crimson Hawks hit .439 in the series and scored 47 runs to raise their team batting average by a whopping 18 points. They entered Friday’s doubleheader with a .290 team average, which jumped to .308 by the time they left Johnstown on Saturday.

“It feels amazing when everything is working together — bats, pitchers, everyone is fielding great,” Pontoli said. “I mean, you can’t beat it. Everyone is just doing their job, and it just feels great.”

IUP’s return to relevancy has started in the batter’s box.

After finishing dead last in the 17-team PSAC in almost every major offensive category last season — runs scored, batting average, on-base percentage and slugging percentage — the Crimson Hawks have made a marked improvement this year.

They sit in the middle of the pack in each category, and it has translated to wins. Six of the nine regulars in the lineup are batting .300 or better, led by Austin Mueller’s .386 average (39-for-101).

That’s not to say IUP’s pitching hasn’t pulled its weight this season. Jimmy Tooley, who started and won the first game of Saturday’s doubleheader against Pitt-Johnstown, a 6-2 win, improved to 6-0 in eight starts this season.

He headlines a pitching staff that has improved significantly under first-year coach Steve Kline, a former major league reliever and longtime pitching coach in the minor leagues. The Crimson Hawks’ top three starters are a combined 12-7 in 23 starts.

IUP hasn’t made the PSAC playoffs since 2017 — which was the last time the Crimson Hawks won 20 or more games — and the Crimson Hawks haven’t had a winning season since 2015. They’re hoping to snap all those unflattering streaks this season.

“This team is special,” Cestra said. “We have great leadership on this team, and we know when we get down that we have the ability to come back. We have the pitchers to make pitches to get outs for us so we can come in and hit.

“And we’ve been doing a great job hitting the ball hard, and if we keep doing that, it’s going to be a great run for us.”