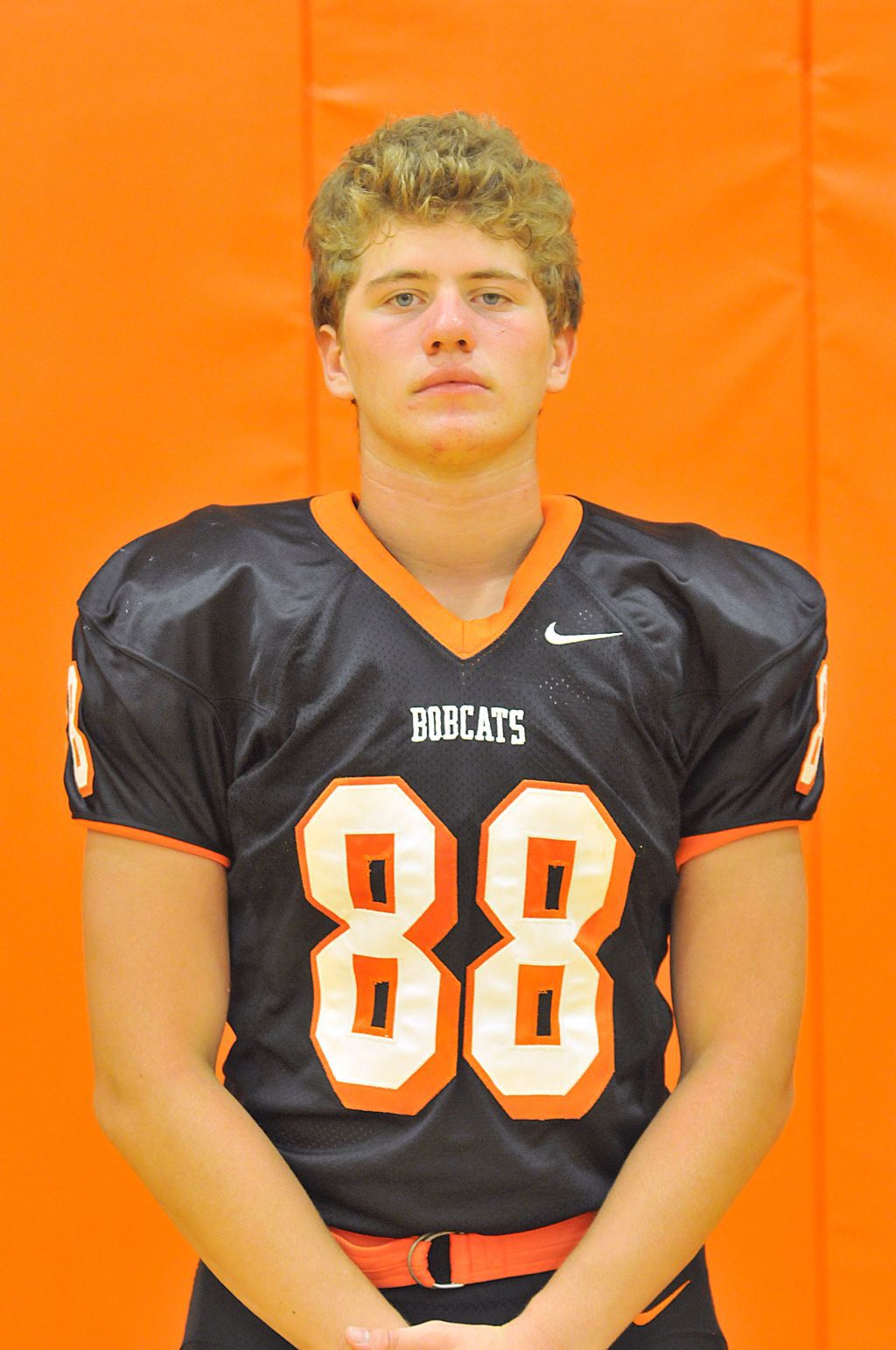 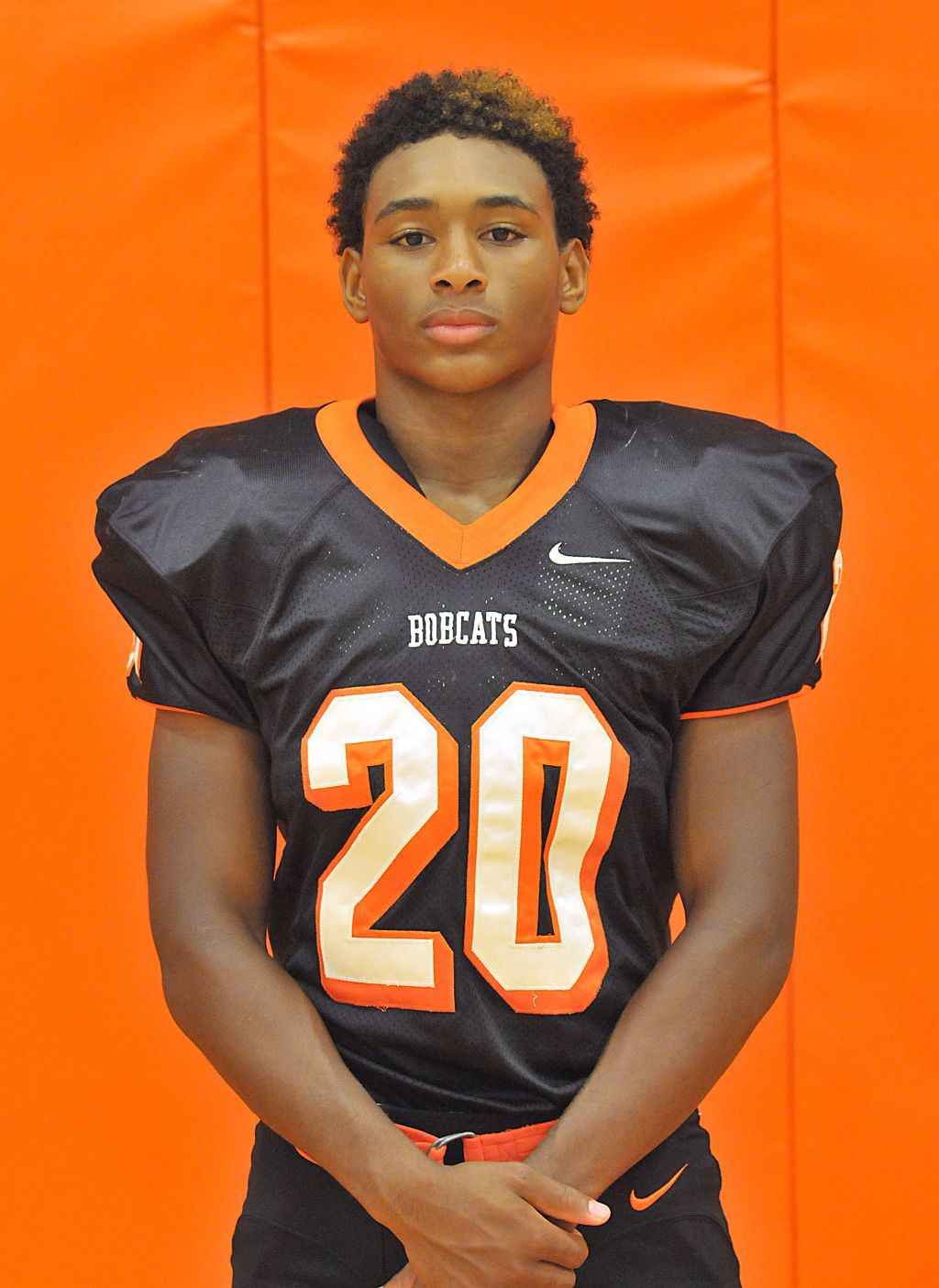 BLAIRSVILLE — The Blairsville Bobcats left Ernie Widmar Field with the biggest upset of the 2019 Heritage Conference football season, coming back to beat the Homer-Center Wildcats, 22-21, on Friday night.

The Bobcats, after winning only their second game of the season last week, bounced back from a 21-0 deficit to defeat the Wildcats, who are in contention for a first-week bye in the District 6 1A playoffs.

“When we were down 21-nothing, we just kept battling and stuck together,” said Blairsville coach Rick Artley. “That’s probably the biggest thing with this team. We’ve taken some beatings a couple times this year, but we’ve really never quit. That’s the one thing I like the most about this group.”

Blairsville defeated Homer-Center for the first time since 2014 and recorded its first back-to-back wins since 2016. Homer-Center, which won five straight games after dropping its opener, lost its second straight, with both losses by one point after the Wildcats were shut out in the second half.

Blairsville sophomore tailback Sincere McFarlin enjoyed arguably the best game of his career, considering the gravity of the win. He rushed for 111 yards and scored all of Blairsville’s points. McFarlin started the second half with just 26 yards on 10 carries.

“Coming back to the game from the halftime, Coach gave out motivations and fired me up,” McFarlin said. “We knew if we didn’t win this game, we would not be able to go to playoffs.”

Blairsville, which plays Ligonier Valley next Friday, also entered the game with playoff aspirations, tied with three other teams for the 12th and final playoff spot in the Class 1A rankings. The win bumped them ahead of Northern Cambria, which held the 11th spot and lost to Ligonier Valley on Friday.

The fourth quarter proved to be the key, but it didn’t start out well for McFarlin.

Blairsville ended the third quarter on a drive that took the Bobcats as far as the Homer-Center 12. A holding call on the last play of the quarter set the Bobcats back to the 26. Two plays into the fourth quarter, Blairsville quarterback Zak Artley targeted McFarlin for a pass at the 10 that would have picked up a first down, but the ball bounced off McFarlin and into the waiting hands of defensive back Frankie Maratita to end the drive.

Maratita’s role in the fourth quarter was far from over. The senior took over for standout quarterback Ben Schmidt, who injured his leg in the first half. The conference’s top rushing quarterback gained 95 yards in the first half, but he played through the third quarter without a single rushing attempt.

“(Ben’s leg injury) was a little different than the last couple weeks when he was dealing with something in the thigh area,” Homer-Center coach Greg Page said. “It was aggravating him before halftime, and during halftime it just tightened up. We tried him in the third quarter, but at some point you have to look out for his health, and he just wasn’t able to do much. He could throw the ball as long as he had time to stand there.”

Maratita was sacked by Eli Clevenger to end Homer-Center’s first possession of the quarter, and Blairsville took over on its own 41 after the punt and marched 59 yards on a 12-play drive that consumed nearly seven minutes.

Zak Artley went under center on a key fourth-and-1 play at the 50 and pitched left to McFarlin, who gained the corner and picked up 15 yards.

On third-and-2, McFarlin got the call again and was stopped after 1 yard, but a facemask penalty gave Blairsville another first down. After a short rushing gain by Zak Artley, the Bobcats went back to McFarlin for the next four handoffs, capping the drive with another pitch to the left and a 2-yard touchdown.

Blairsville still trailed by a point, 21-20, and went for the lead by going to McFarlin one more time on another pitch to left for the two-point conversion with 2:24 remaining.

“I thought our line was the difference late in the second half,” Rick Artley said. “And Sincere obviously just ran the ball great as well.”

McFarlin tripped up Travis Mock for a 5-yard return on the ensuing kickoff, and Maratita came back out to guide Homer-Center from its own 30. He went right to work, connecting with the conference’s leading receiver, Cobe Daugherty, on a 30-yard pass to Blairsville’s 40.

Maratita called his own number on the next play and gained 13 yards on a run to the left side. But his left leg cramped on the tackle and he left the field. Schmidt returned with a noticeable limp and was apparently no threat to run, but he still moved Homer-Center to the Blairsville 14 by attempting to connect with split end Drew Kochman in the end zone and drew a pass interference flag.

Three plays later, Schmidt looked to find a Homer-Center receiver on a crossing pattern, but linebacker Isaac Witmer was waiting and intercepted the pass at the Blairsville 9, returning it 35 yards. The turnover came with just under a minute left, essentially ending the game.

“We didn’t need a long throw,” Page said. “We wanted to execute one of our concepts, and it just didn’t work. I think we went to well once too often. (Witmer) was in good position and made a good play.”

“The play before, the receivers on the left side and the right side both ran slants,” Witmer said. “So my corner, Ashton Perfetti, told me, (Cobe Daugherty) is running a slant. I was supposed to have flats, but I sat there. So he threw it right to me, and in my mind I was like, run.”

Run was exactly what Schmidt did to open the game. On the first play from scrimmage, a Blairsville defender who had the containment assignment on the left side turned inside instead and Schmidt ran 81 yards untouched down the sideline for a touchdown.

A 46-yard punt return by Mock set up Homer-Center’s second touchdown on the next possession. This time, D’Shaun Robinson scored three plays later on a 3-yard dive.

Later in the second quarter, Mock went in motion out of the backfield to the right and took a swing pass 16 yards for Homer-Center’s third touchdown.

Blairsville finally answered on the next possession. Zak Artley threw a short pass to Devon Witmer, who ran out of a tackle by Robinson and down the Blairsville sideline 53 yards, only to be pushed out at the Homer-Center 3. McFarlin scored from there on the next play with 2:15 remaining in the half.

An 8-yard pass to Devon Witmer picked up a first down and set up an 11-yard run by McFarlin with 4:42 left in the third quarter. Zak Artley was stopped on the two-point conversion try, setting up the necessity to go for two for win on the last touchdown.