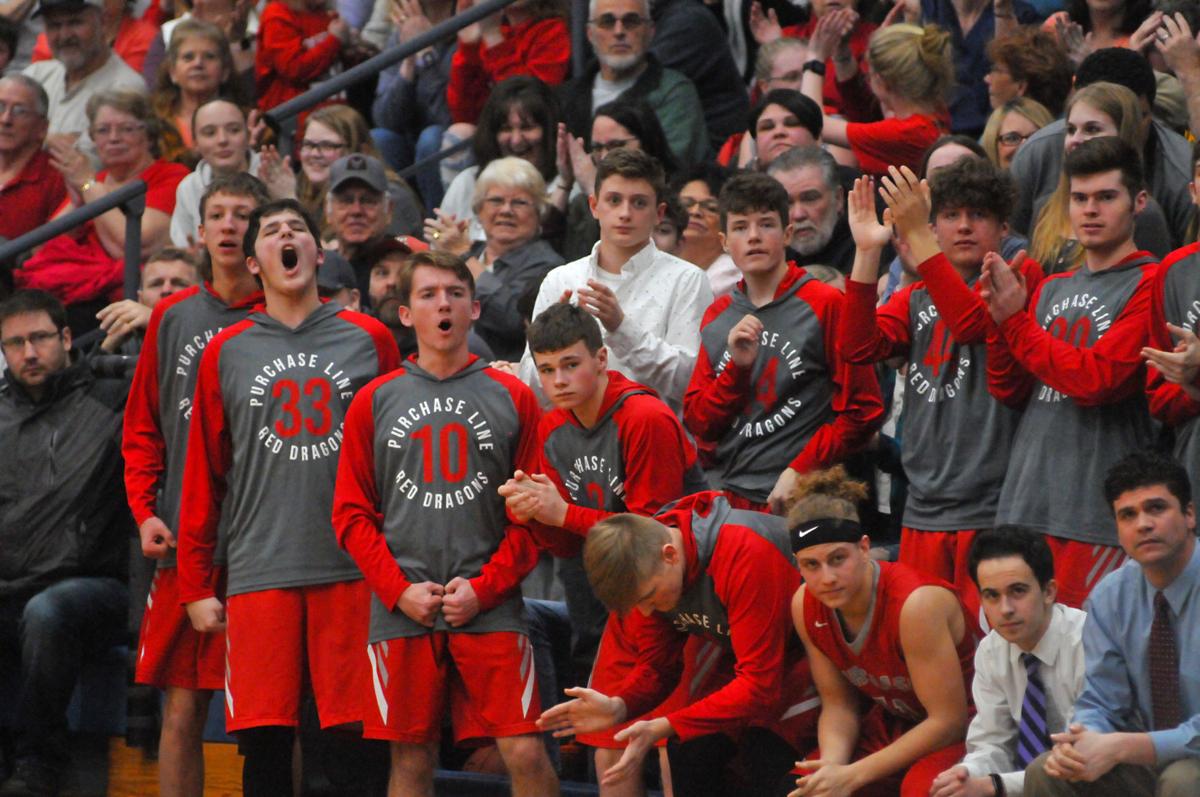 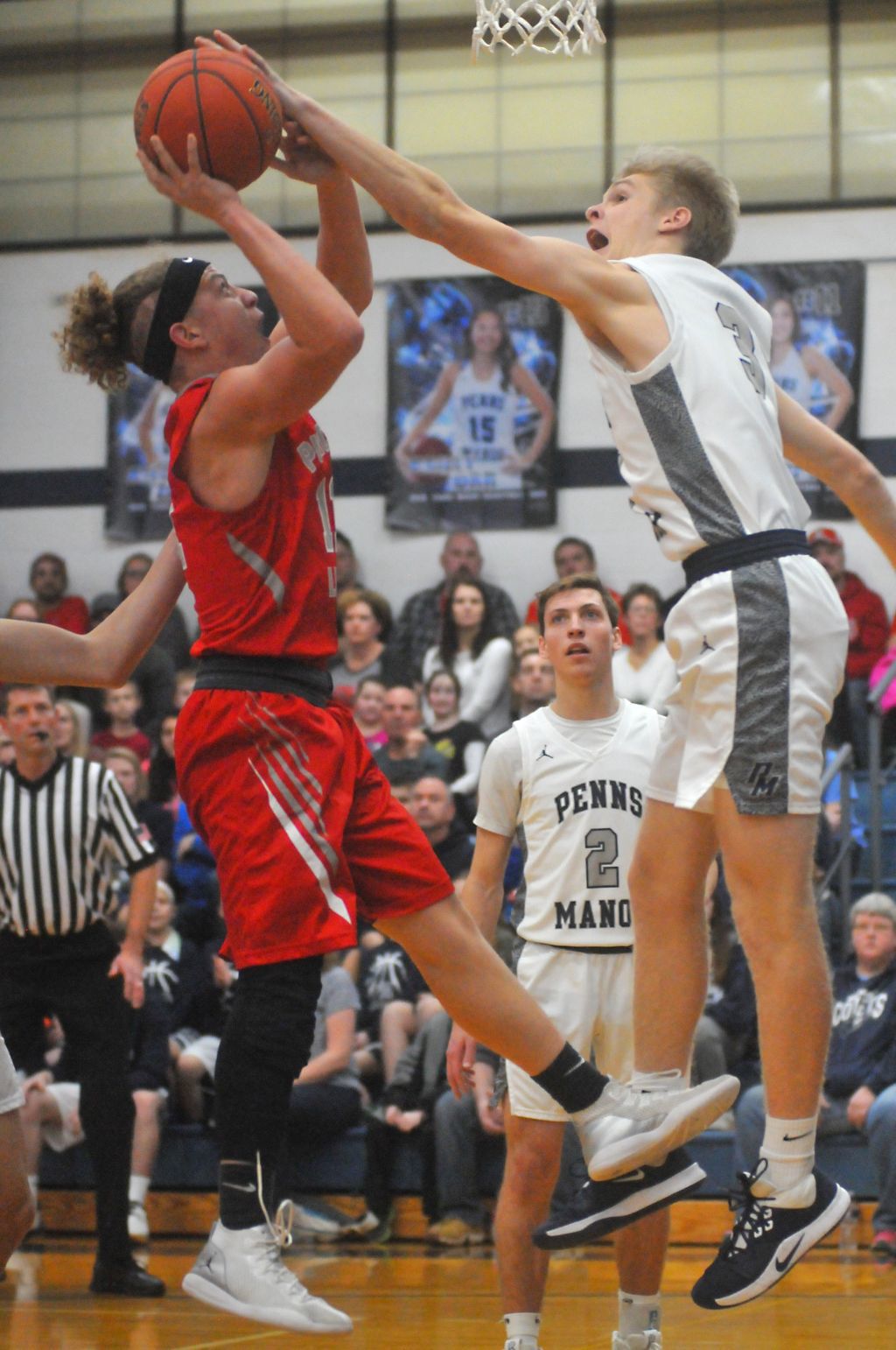 Penns Manor's Austin Hill got a hand on a shot attempt by Purchase Line’s Jayce Brooks during Friday’s victory. 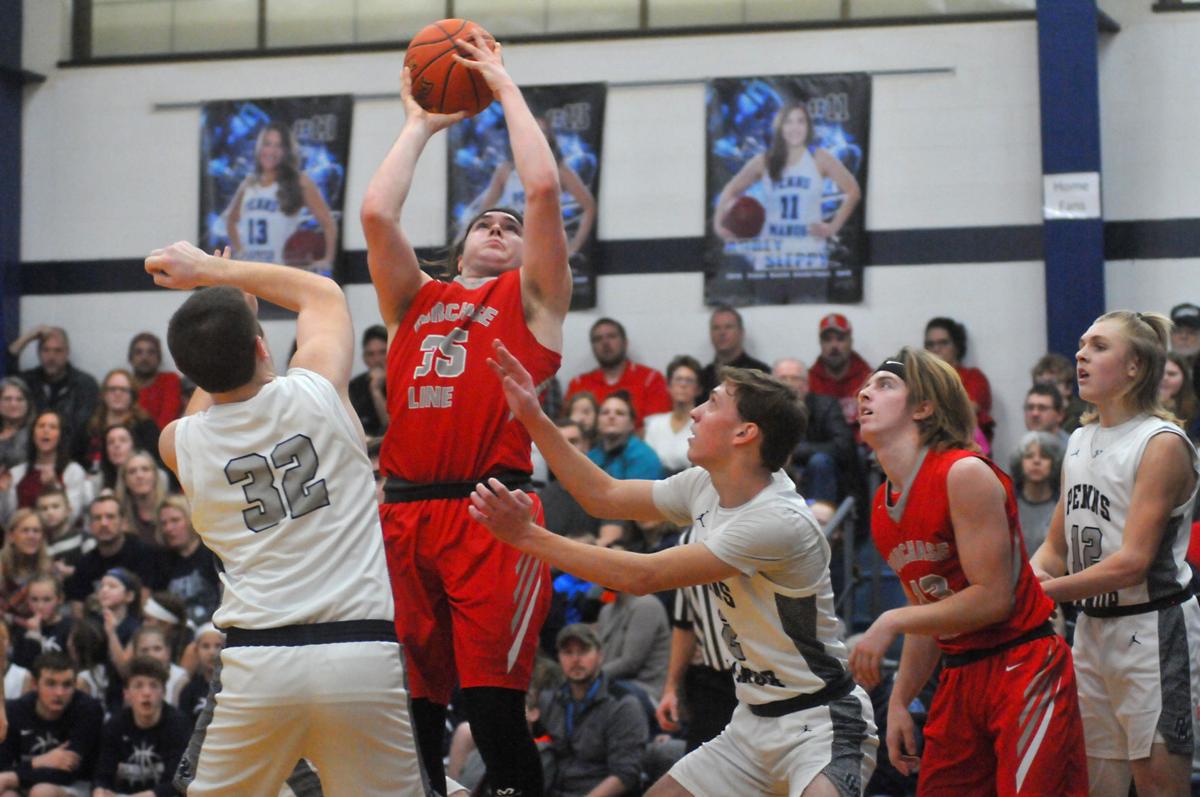 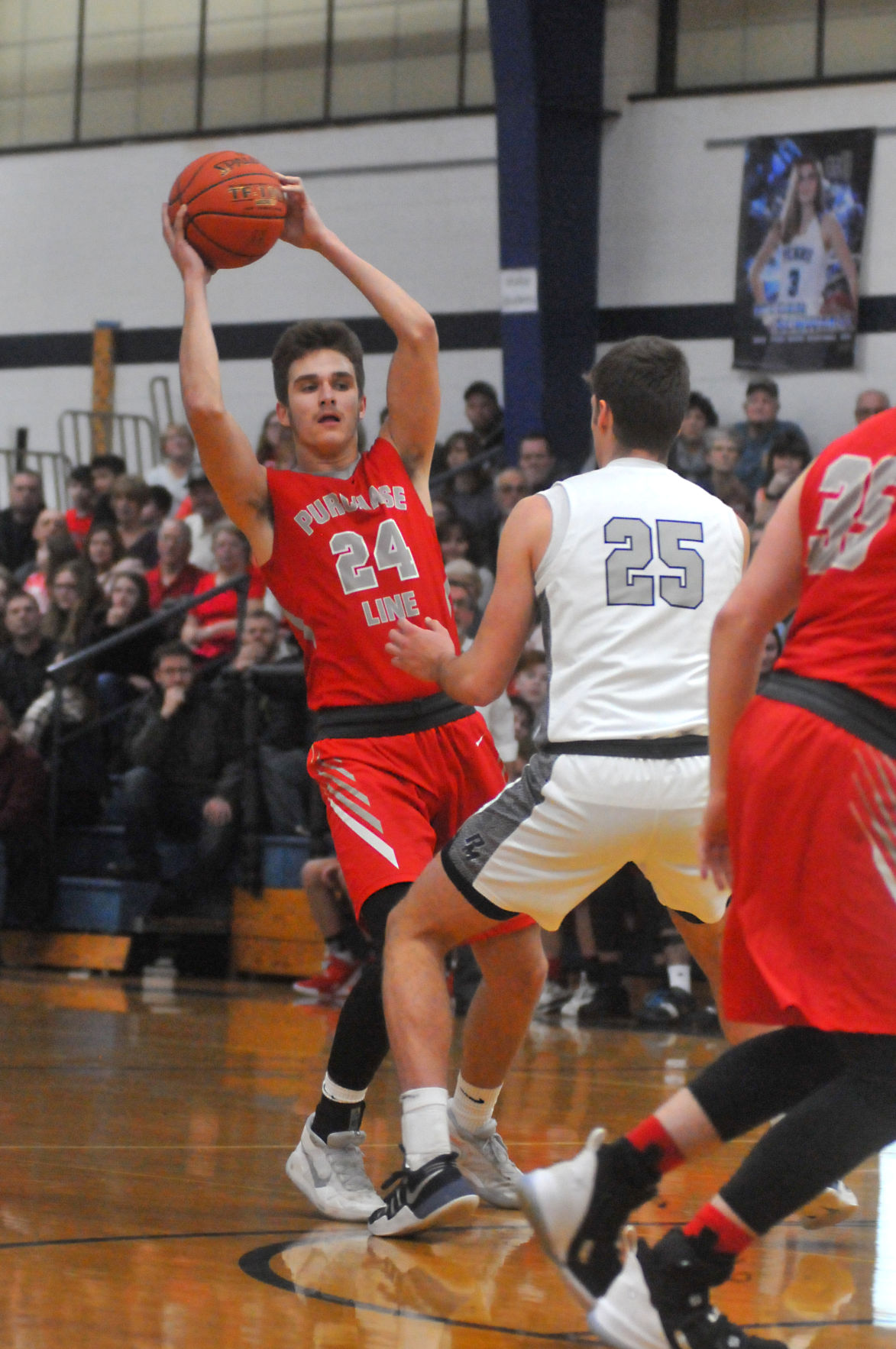 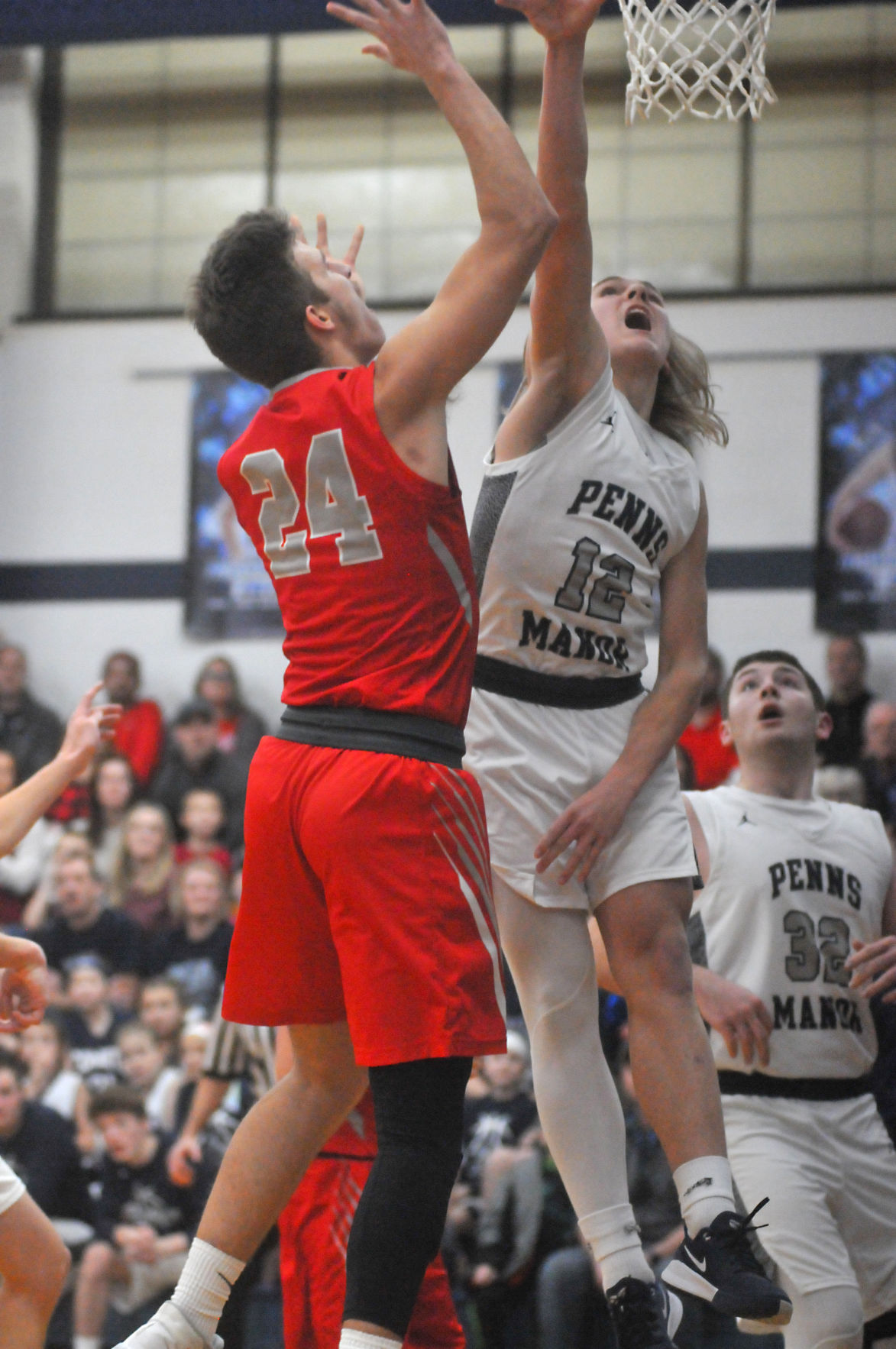 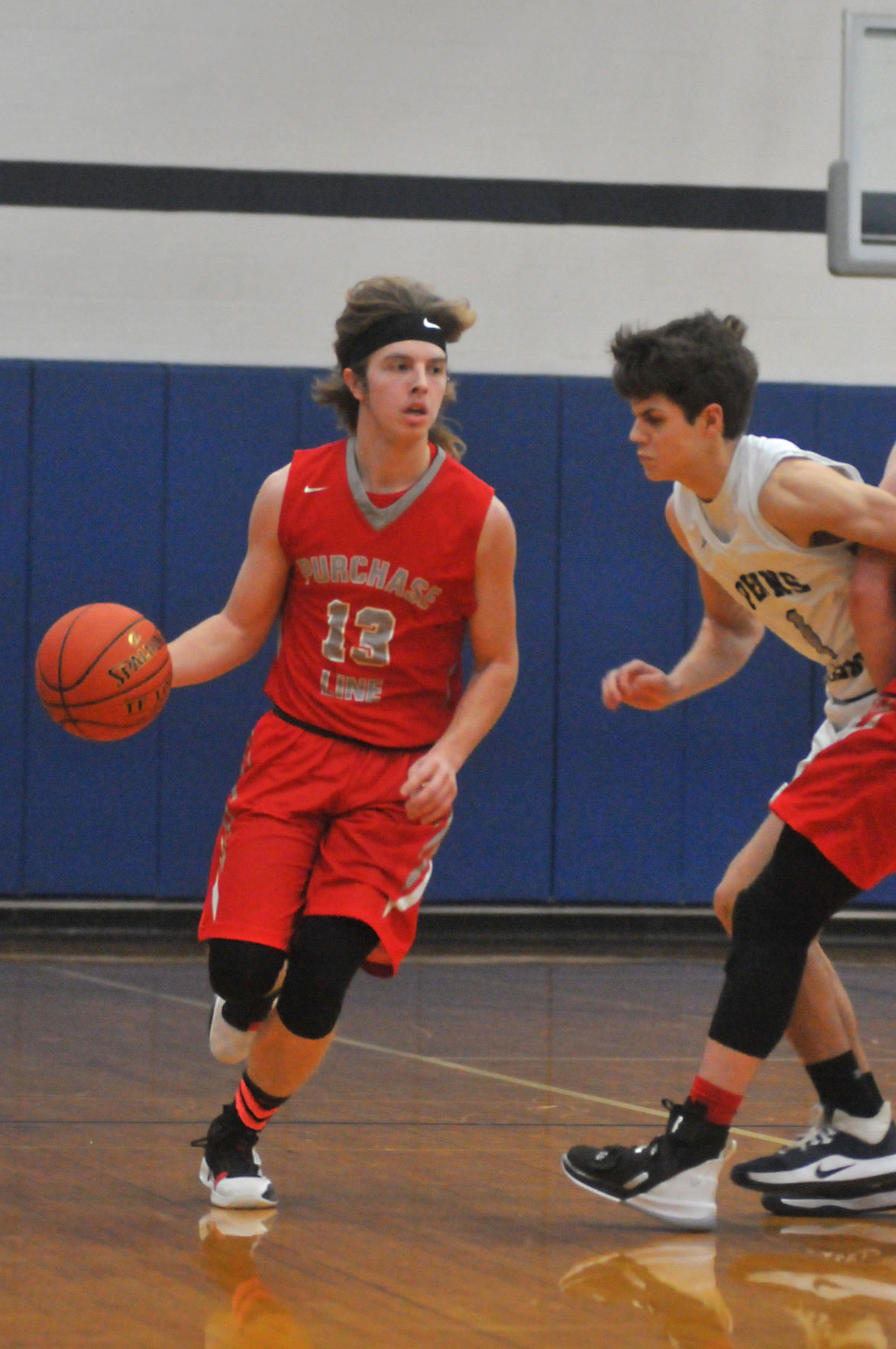 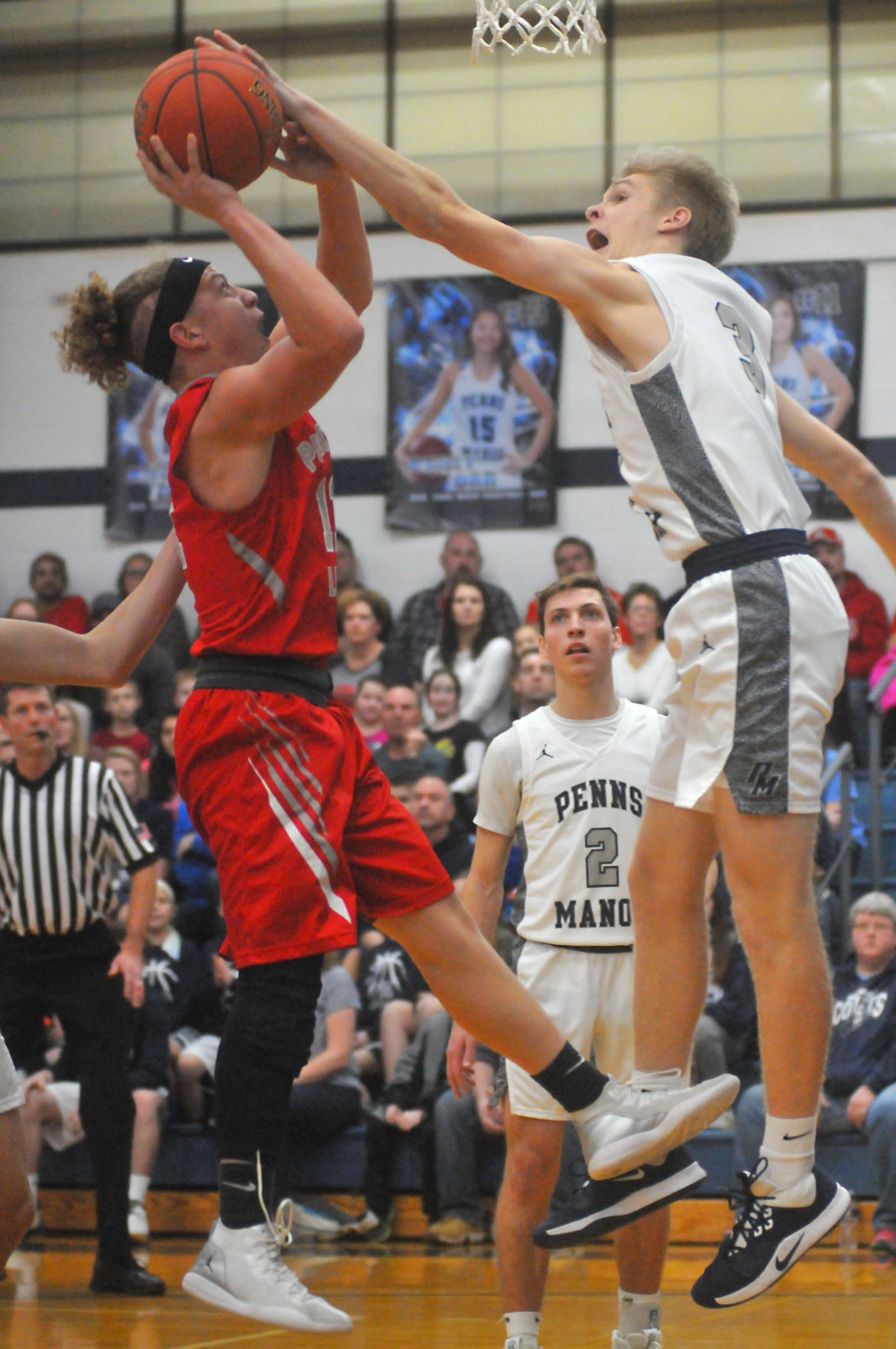 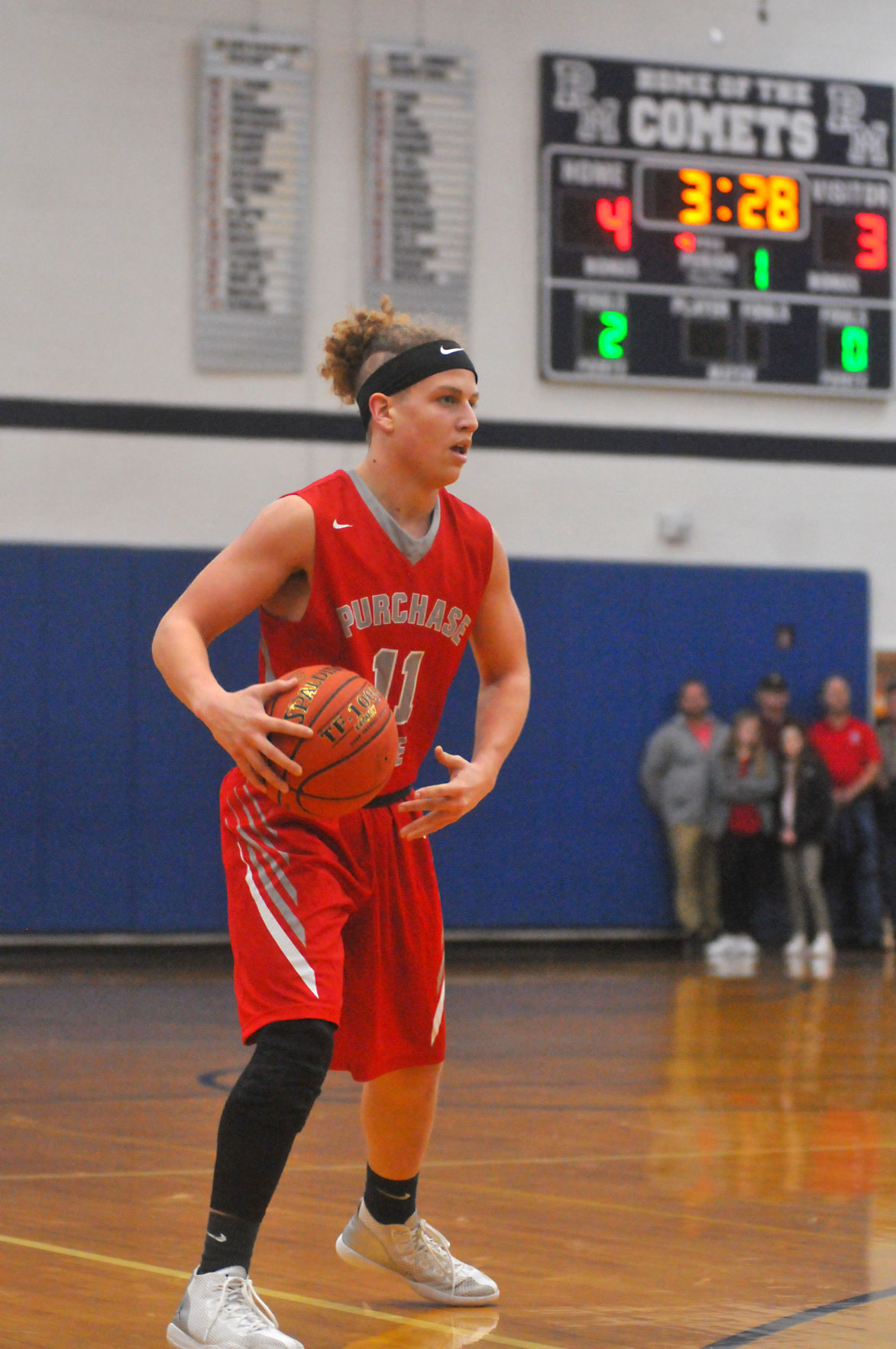 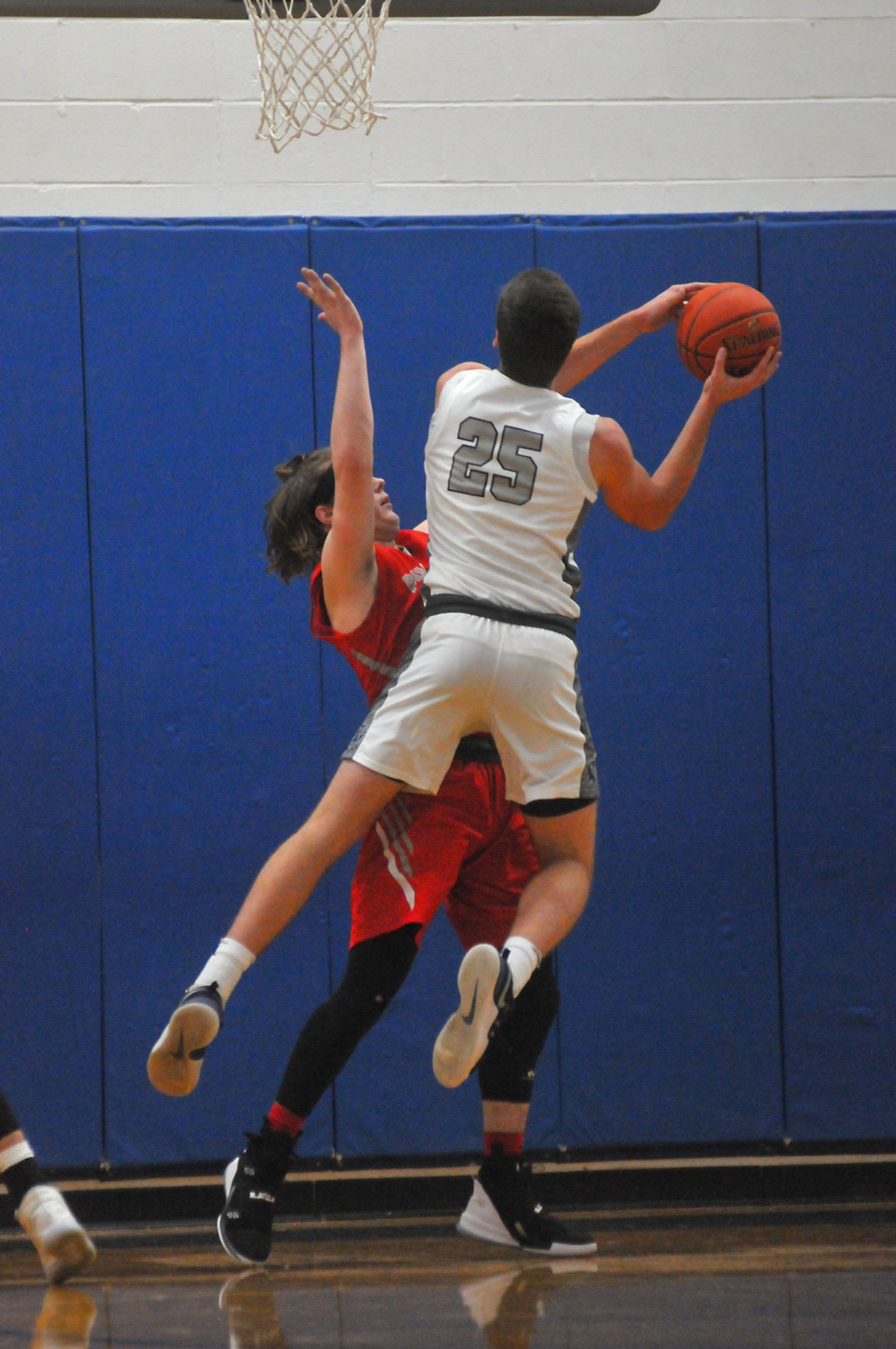 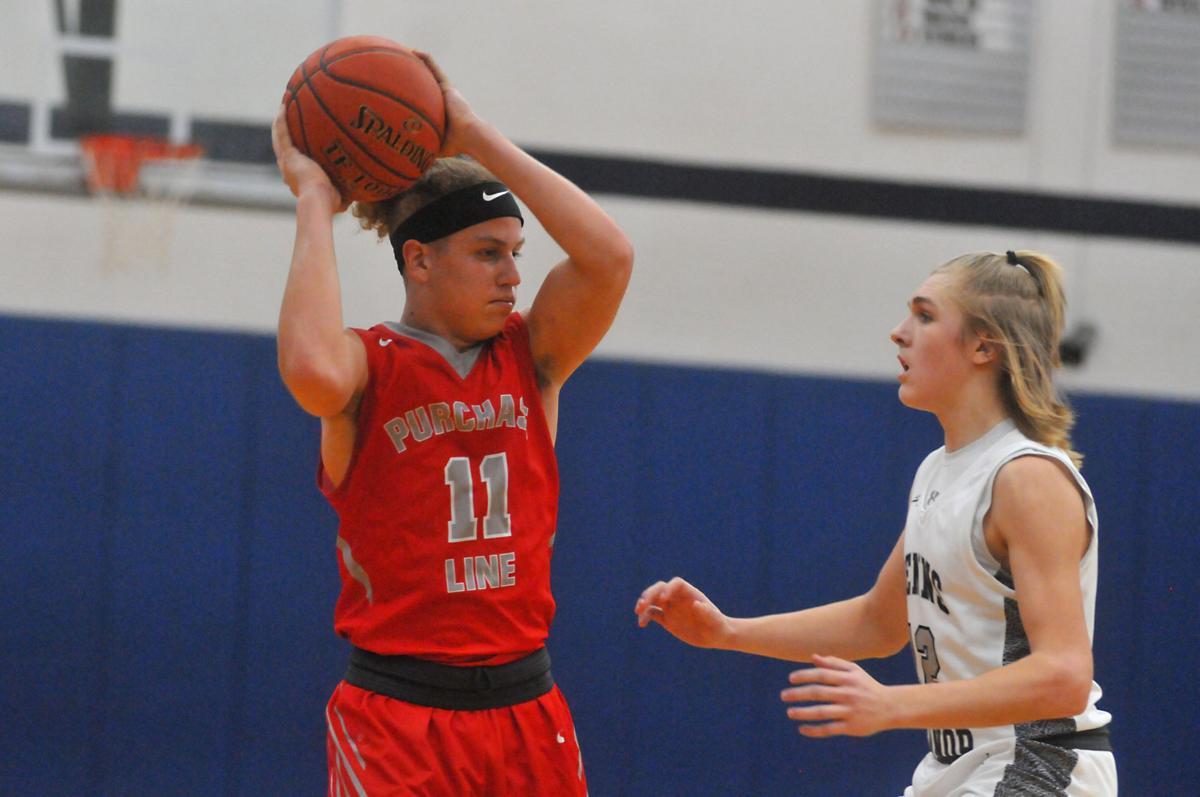 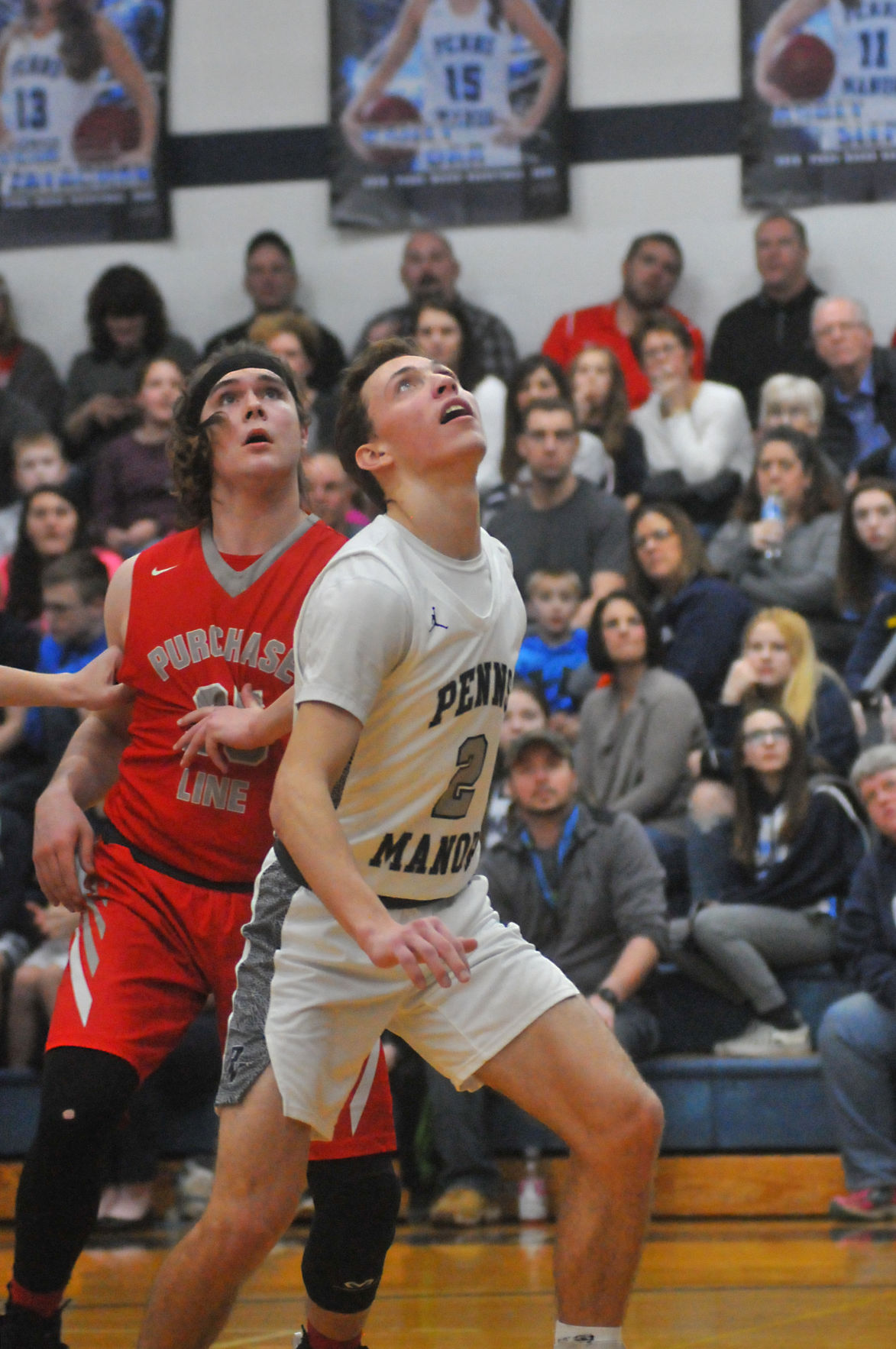 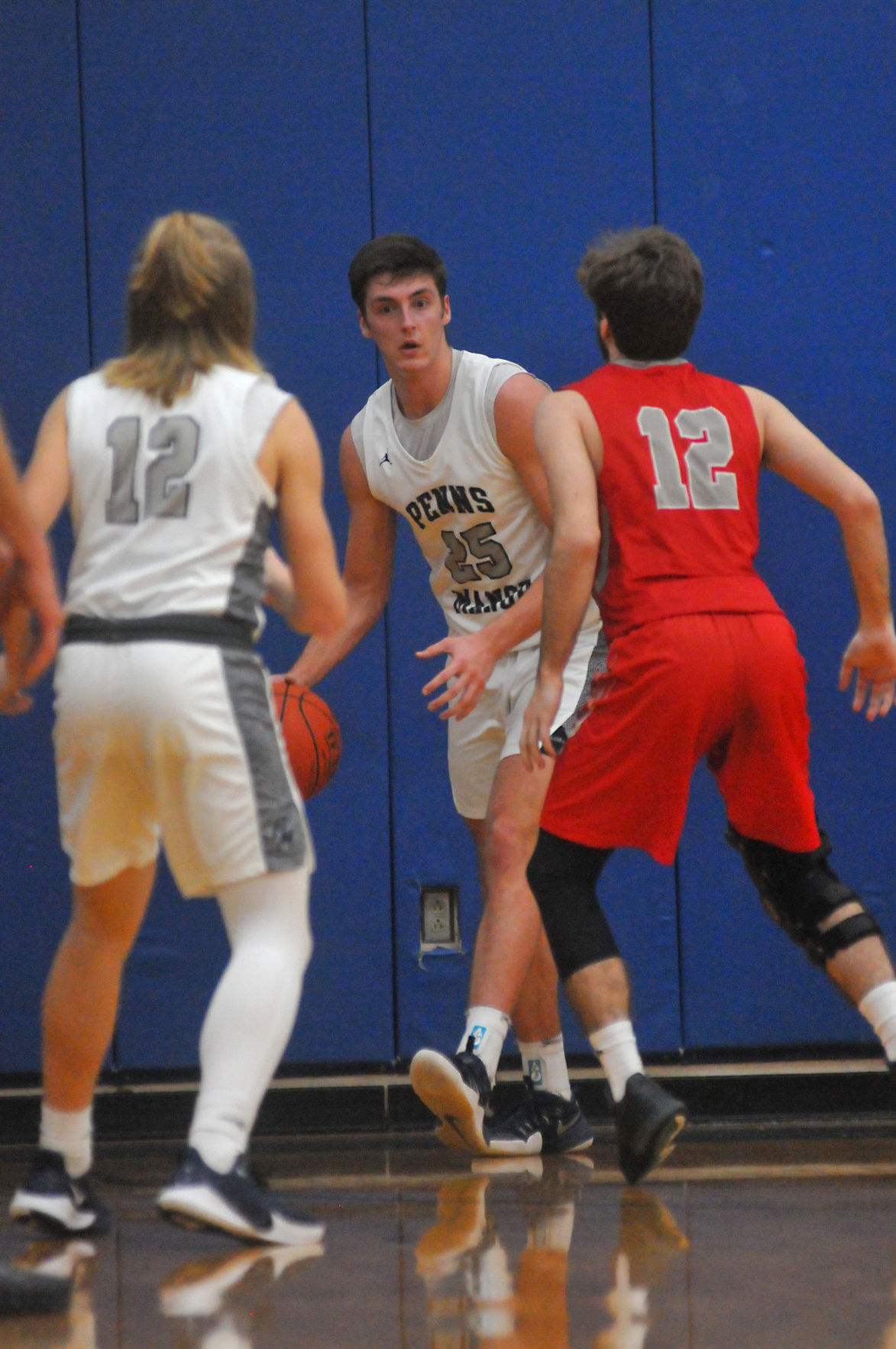 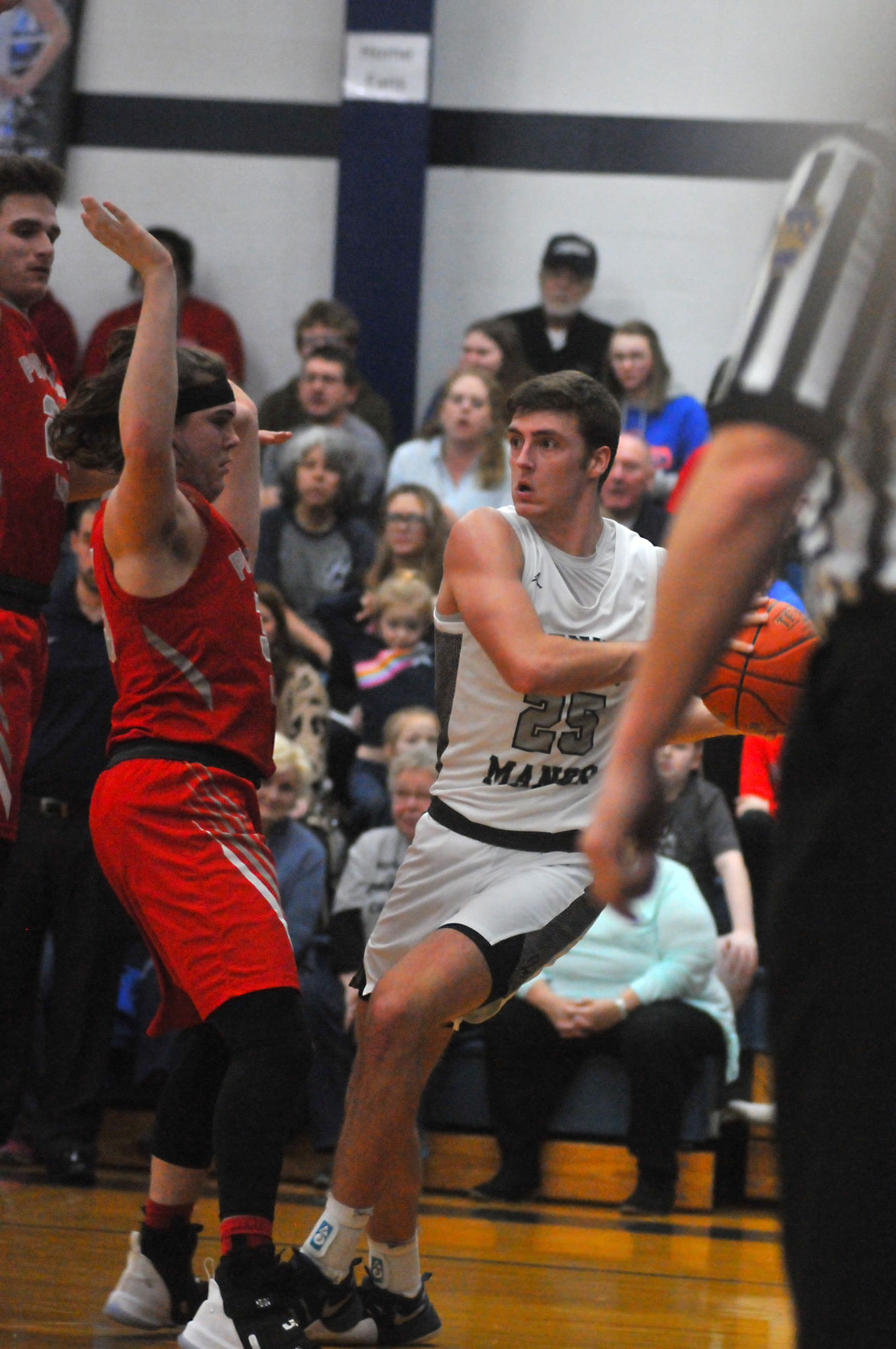 Penns Manor's Austin Hill got a hand on a shot attempt by Purchase Line’s Jayce Brooks during Friday’s victory.

Penns Manor was determined to not let history repeat itself.

Garrett Grimaldi made sure it wouldn’t.

And with a trip to the Heritage Conference boys’ basketball semifinals once again hanging in the balance, the Comets found their revenge on the team that kept cut them off on the Road to the KCAC last season, knocking off visiting Purchase Line, 66-48, on Friday night to seal the final-four tournament.

The semifinals are set for Monday, with the winners playing in the Heritage Conference championship at the KCAC next Friday. Penns Manor (11-9, 7-6 conference), the North division runner-up, will travel to South winner and defending conference champion Ligonier Valley (19-2, 13-0) for its semifinal matchup.

“They have an unbelievable team,” Penns Manor coach Andy Lansberry said. “They have so many good players and they play well as a team. But I’ll tell you, our kids will  be ready. Our kids wont be afraid. We’re just excited to go down there and have this opportunity.”

In the other semifinal game, North champion West Shamokin will play host to South runner-up Homer-Center.

Penns Manor needed erase the past to clinch its first semifinal berth after losing at Purchase Line, 58-55, on Jan. 7 in their first meeting this season.

And with last year’s shortcoming still on their mind, the Comets had no lack of motivation.

Purchase Line (10-9, 6-7) defeated Penns Manor, 68-53, one year ago today in a game that also decided the second seed out of the North division.

“We’ve never been to the Heritage Conference playoffs,” Lansberry said, “and last year, Purchase Line denied us that opportunity. That’s the last thing I reminded them of when we came out of the locker room.

“We’ve been hyping this game up for a while. We had an unbelievable crowd. The whole community came out to support us. Our guys were ready. They came out really well and did great.”

Penns Manor broke up a slim 31-30 halftime lead with a 21-14 edge in the third quarter to claim an eight-point, 52-44 advantage entering the fourth quarter.

And after Grimaldi was shut out in the third period, the 6-foot-4 senior forward scored nine of Penns Manor’s 14 points in the fourth as the Comets limited the Red Dragons to just four points in final 8 minutes.

Grimaldi finished with a game-high 23 points on 10 field goals and 3 of 4 foul shots.

“It was one point game at halftime, and I give Coach Woodrow a ton of credit,” Lansberry said. ““We’d go up eight or nine and they’d go on a run to make it close. He did a great job coaching them. I have so much respect for him.”

“Koches, he came off the bench when we were struggling to score and his had five straight points for us,” Lansberry said. “I can’t say enough about him. We had a ton of players contribute.”

For Purchase Line, Jacob Barnett scored 15 of his 19 points in the first half. Adam Woods tacked on 10 points, and Mello Sanchez scored nine.