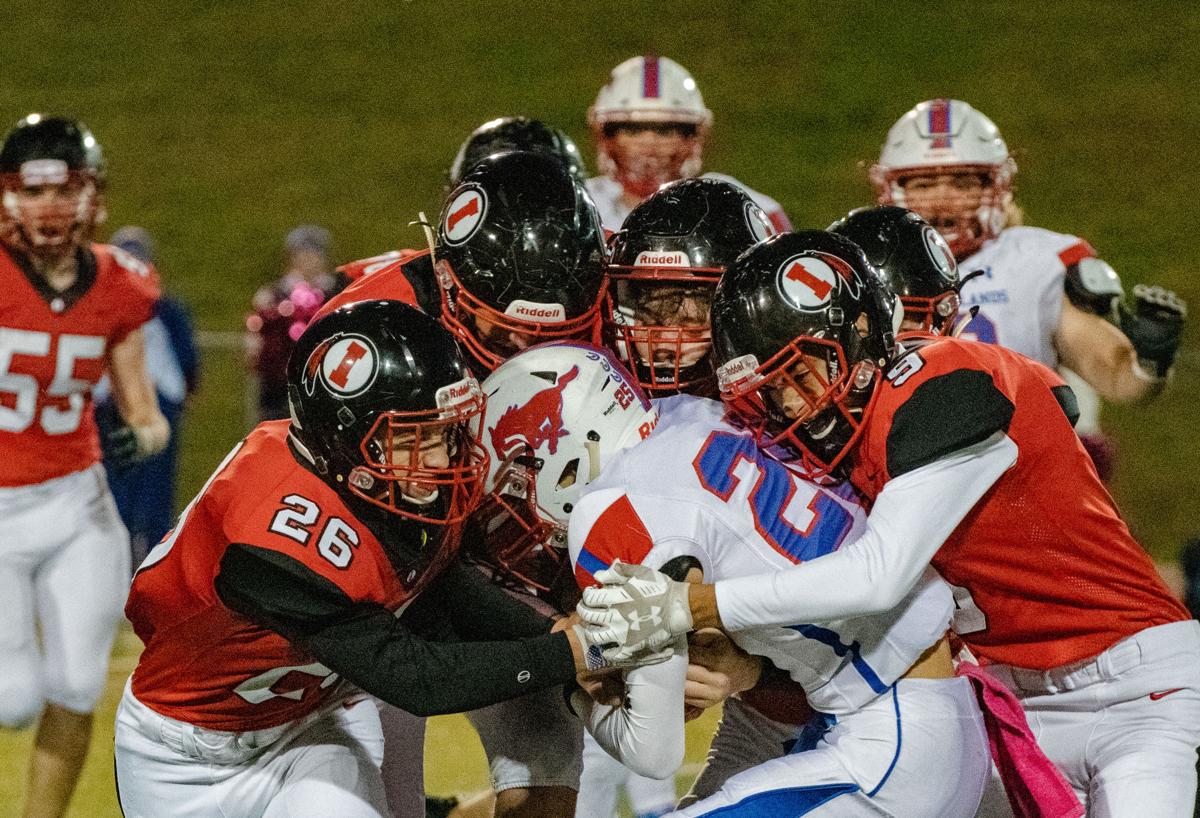 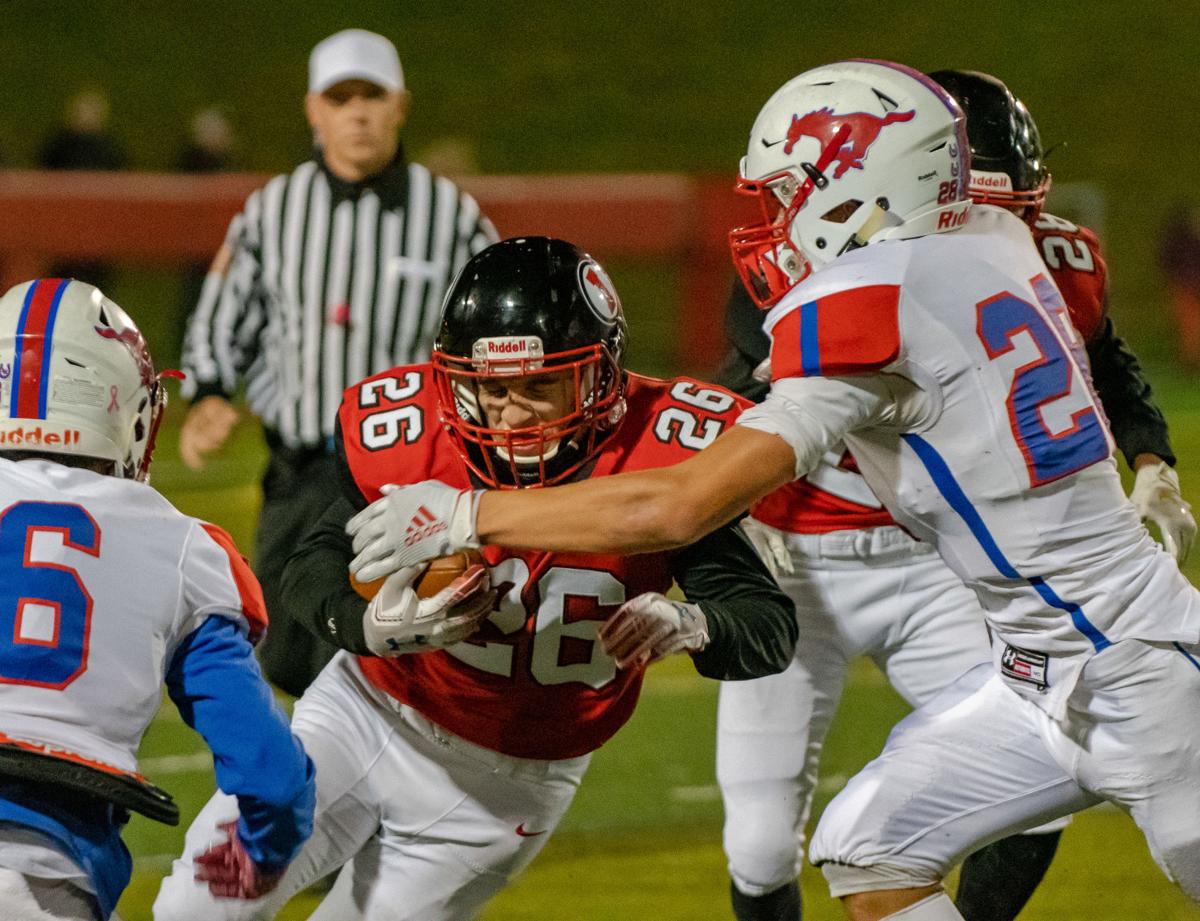 It was, but for the just the second time since early September, it wasn’t at the hands of a WPIAL powerhouse destined for the postseason.

No, this was Class 4A Big Eight Conference foe Laurel Highlands claiming just its second victory of the season in a 42-6 romp that spoiled Indiana’s home finale on Senior Night. It was just the young and undermanned Indians — their record-setting turnover pace, special teams miscues and blown assignments — that remained the same.

And now, all that’s left is one more chapter next Friday as Indiana closes out arguably its most difficult story for a program that has seen many this century, ideally with signs of better fortune in seasons to come.

“We just have such a long way to go,” Overdorff said. “We don’t play with a lot of football IQ. We just make a lot of mistakes that are mind-boggling and baffling, and we have yet to take care of the football this season despite our efforts, despite our kids’ efforts. I’d like to see them reap a little bit of their hard work and get some benefits of their hard work, but they haven’t been able to take it to the field.

Indiana (1-8, 1-5 conference) will travel to Greensburg Salem (4-5, 4-2) next Friday, wrapping up its season against the Golden Lions for the second straight year, but this meeting will have little resemblance to the high-stakes match at Andy Kuzneski Field in 2019.

Last year, the Indians hosted Greensburg Salem with the conference’s fourth and final postseason berth on the line before the Golden Lions blanked Indiana for a gritty 17-0 win.

Having already secured that seeding, Greensburg Salem will simply look to escape the game healthy, something Indiana has rarely managed this season.

Indiana, with pivotal two-way players such as senior Malik Turner sidelined for the bulk of the year, and Laurel Highlands (2-7, 2-4) each sputtered into Friday’s game with their lone victory coming against winless Ringgold.

For the Indians, the key has long been to groom its crop of underclassmen — including quarterback Fox Van Leer, running backs Zach Herrington and Josiah Johnson, and four of the starting offensive linemen.

“We have to stick together, because these are tough times,” Overdorff said. “We’re down. Everybody knows that, everybody that comes in here. We’ve been hurt all season. We got some guys that just haven’t been available to us that could have helped us be a little more explosive, but hey, that’s the way it is some years. You just have to overcome and keep fighting, and hopefully they decide to do that.

“You just want to see some improvement. Hopefully they do their responsibility the way they’re supposed to do it, the way they’re taught to do it. And if you can be coachable, if you can give effort, good things will happen. We keep moving in that direction; we’re just not physically there yet. And that’s pretty obvious. You just hope to see some kind of improvement and positivity and build off of it.”

Improvement remains a work in progress for an Indiana team that lost two more fumbles, giving the Indians 21 and breaking  the program’s single-season record of 20 set in 1970.

And against a team had allowed at least 42 points in all but one game this season, Indiana was again its own worst enemy.

“Everyone knew this was a really winnable game,” Indiana wide receiver and cornerback Ryan Putt said. “It was mainly just, we’re a super-young team making really stupid mistakes that need to be fixed. A really winnable game can change into a blowout fast. We just need to give more effort.”

Indiana appeared poised to give Laurel Highlands a battle the first time it touched the ball Friday night, using a rare big play to answer the Mustangs’ opening-drive touchdown.

Putt, a 5-foot-8 senior, fielded the ensuing kickoff at the 14-yard line and cut to the left sideline to outrace the coverage for an 86-yard touchdown as the Indians cut the deficit to one, 7-6.

The play mirrored one from the game prior, when a holding penalty negated Putt’s kickoff return touchdown during a 42-14 loss to visiting Blackhawk last week.

“That felt great, honestly,” Putt said. “As soon as I got down to the end zone, I turned around and looked for flags, but I was really happy to see how it came out. I was glad I could make a play.”

Laurel Highlands responded with a touchdown to take a 14-6 lead on its next drive. And after the teams traded three scoreless possessions apiece, a low snap on an Indiana punt returned the ball to the Mustangs on the Indians’ 4-yard line, quickly resulting in a touchdown and a 22-6 deficit with less than a minute remaining before halftime.

Following the break and an Indiana three-and-out, Laurel Highlands used a 65-yard drive to score its fourth touchdown and take 22-point, 28-6 lead.

The next five plays went like this: Indiana recovered its own fumble for a 9-yard loss; a Van Leer interception set up the Mustangs for a one-play, 22-yard touchdown drive; and a fumbled snap on the first play of the next drive returned the ball to Laurel Highlands, which then scored from 34 yards out to forge the final score.