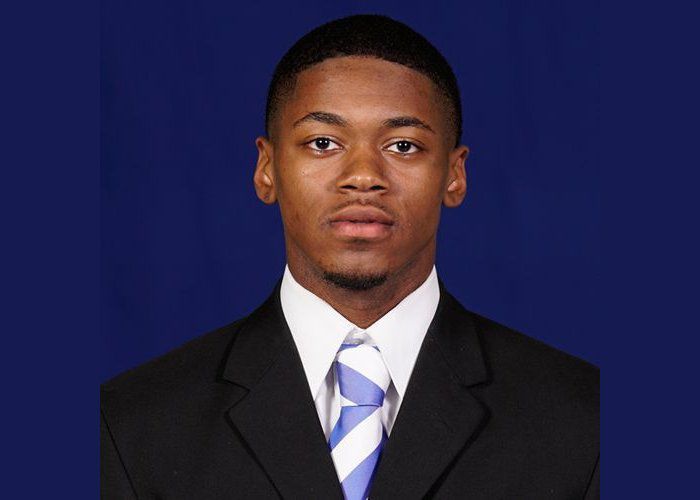 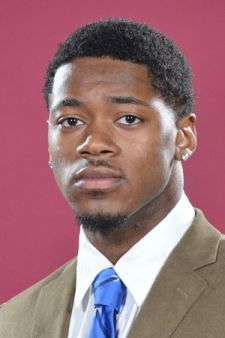 That was a three nights after he left the court in tears.

Morris, a sophomore point guard, scored a career-high 19 points in IUP’s 85-64 victory at Gannon on Saturday night. A native of Erie, he was playing at the Hammermill Center, where the Strong Vincent High School product played during his standout scholastic career.

“It feels amazing to be home and all my teammates giving me the support I had today,” Morris said. “It just feels great.”

Morris didn’t feel so great Wednesday night at Slippery Rock. Late in a one-possession game, Morris took a long pass from Malik Miller on an inbounds play and took off for the basket for what looked like an easy, game-clinching layup.

That left Morris in tears on the IUP bench and well after a game the Crimson Hawks held on to win, 78-74.

“I’m just happy, to be honest,” he said. “I give all the thanks to my team. When you struggle, that will always be in the back of your head, but at the end of the day, it’s all about the team, so I’m happy they pulled it out for me.”

Most of the 1,300 fans in attendance Saturday night recognized that Morris was back in his hometown. The Erie County high school all-time scoring leader with more than 2,000 points, Morris set off for Division I Tennessee State before transferring to IUP for this season. He received ovations when he was introduced and when he was removed late in the game.

Several of his buckets also drew cheers from the home crowd. He finished 5-for-7 from the field, including 4-for-5 from 3-point range. He scored 16 points in the second half when IUP pulled away after holding a 33-30 halftime lead.

“I’m happy to be here and happy for all my family and the support I got from my city,” Morris said.

“Wasn’t it cool?” IUP coach Joe Lombardi said. “The game will take care of you. He puts in time, cares about his teammates, works hard. He played all his high school games here, so for him to come back and show that he’s grown up  — he didn’t have to play great, but he played very well — it’s just very satisfying as a coach, so I’m happy for him. The game takes care of people that care about others.”

Armoni Foster led IUP with 24 points. The Meadville product and redshirt sophomore was Erie County’s co-player of the year, an award he shared with Morris. Foster is averaging a team-high 18.6 points per game, and Morris is averaging 8.8 with 50 assists against 28 turnovers.

“I’m just so proud of him,” Foster said. “He used to play all his home games here so I’m proud he came out and played the way he did. He had a couple rough games, but this game will give him a lot more confidence going down road.”

Shawndale Jones, an NJIT transfer in his first season at IUP, finished with 12 points off the bench,

“Me and Dave go way back,” he said. “We were AAU teammates for a long time, and to see him perform in front of all his family, it was a nice little homecoming for him, and it’s definitely beautiful. It feels so great. I’m happy we came out with the win and Dave was able to do what he did in front of his family. That’s family to me. To see him happy is to see me happy.”

IUP had one of its best halves of basketball in the 14 years of the Lombardi era.

Gannon shot 41.9 percent for the game and was outscored 52-34 in the second half.

“It was a real clean half offensively,” Lombardi said. “And we guarded. That takes care of a lot of things.”

It was the fourth win in eight days for IUP, which improved to 13-1 overall and 1-1 in the PSAC. After beating Lock Haven to open the stretch, the Hawks dispatched three of their nemesis: Mercyhurst, Slippery Rock and Gannon.