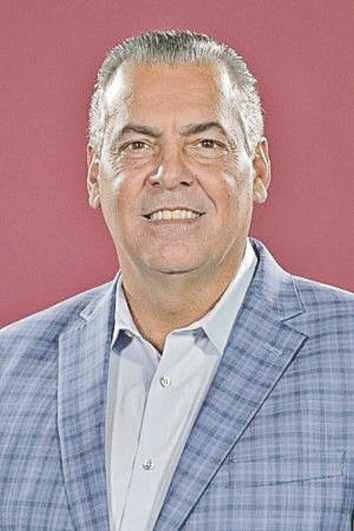 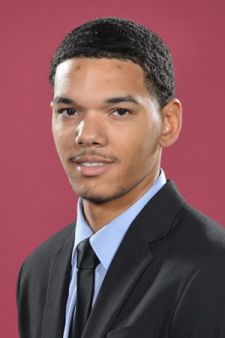 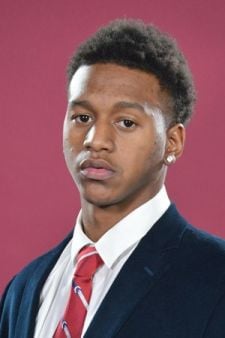 Coming off yet another outstanding season on the IUP sidelines, Crimson Hawks coach Joe Lombardi was named the National Association of Basketball Coaches Division II Atlantic District Coach of the Year on Monday.

This is the second straight year Lombardi earned top coach honor in the region.

Lombardi led the best team in the Atlantic Region to Pennsylvania State Athletic Conference Western Division regular-season and conference tournament championships. The Crimson Hawks entered the NCAA tournament with a 28-2 overall record, one of best marks in Division II.

The PSAC West regular-season title was the fifth straight for IUP — and 10th in 11 seasons under the 14th-year coach — while he recorded his fifth conference tournament championship. Those five PSAC tournament titles rank second in conference history only behind John Chaney, who had eight at Cheyney in the 1970s and ’80s.

Lombardi helped IUP secure the top seed in Atlantic Region for the second straight season as the Hawks were set to host No. 8 seed Winston-Salem State at the KCAC prior to the cancellation of the tournament due to the COVID-19 pandemic.

Lombardi had the Crimson Hawks ranked in the NABC top 10 for 16 straight weeks after debuting at No. 11 in the preseason poll. IUP entered the NCAA tournament on a 10-game win streak and posted a pair of nine-game streaks during the season.

IUP entered the year having lost four starters from last year’s 30-3 PSAC championship squad that advanced to the regional semifinals.

Lombardi is IUP’s all-time winningest coach with a 333-102 (.766) record in 14 seasons. Those 333 wins are third among active PSAC coaches and ninth all-time in the conference. His .766 win percentage is 10th in Division II history.

IUP is the only school in the Atlantic and one of four in Division II to boast two players on the first team of their respective regions. This marks the first time since the 2011-12 season that the Crimson Hawks have put two players on the NABC All-Atlantic District first team. It’s also the sixth straight year — and ninth time in the last 11 years —that IUP has a first-team selection.

Miller, a senior, was also a first team All-Atlantic Region pick by the Division II Conference Commissioners Association (D2CCA) and was the PSAC West player of the year.

He finished the year seventh in the conference and 16th in the region with 18.5 points per game. Miller scored in double figures 27 times in 30 games. He posted a career-high 32 points against Seton Hill and had games of 30 points against Gannon, 28 against Slippery Rock and 27 against Clarion.

Miller made school history on Feb. 19 with the program’s third triple-double when he registered 20 points, 11 rebounds and 10 assists against Edinboro. He finished the year averaging 5.0 rebounds and 3.7 assists per game.

Miller finished his career 12th in IUP history with 1,525 points.

Foster, a redshirt sophomore, was a second-team all-region pick by the D2CCA and a first-team All-PSAC West selection. He led the Crimson Hawks and finished fourth in the conference in scoring at 19.8 points per game. He had 15 20-point games, hitting double figures in all but two of 30 games.

Foster finished the year on a hot streak, averaging 23.3 points over the final four weeks. Foster went for a career-high 33 points in the PSAC quarterfinal win over California and followed that with 28 points against East Stroudsburg in the conference semifinals.

Foster finished the year with 595 points, tied for 10th most in single-season program history. He was the top shooting guard in the PSAC with a .496 field goal percentage and was third in the league with 154 made free throws. He also played a huge part in IUP’s defense, and his 56 steals ranked third in the conference.