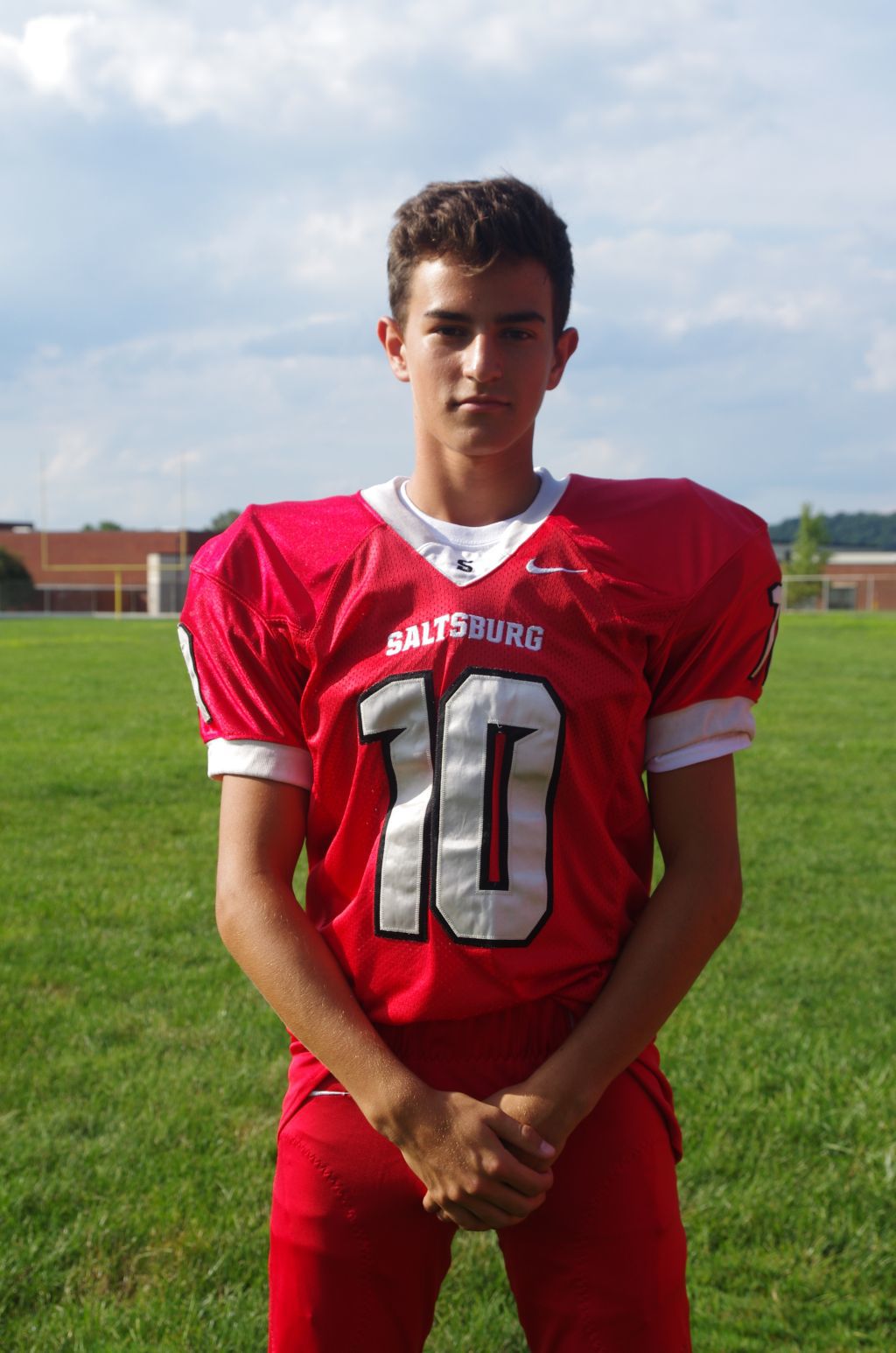 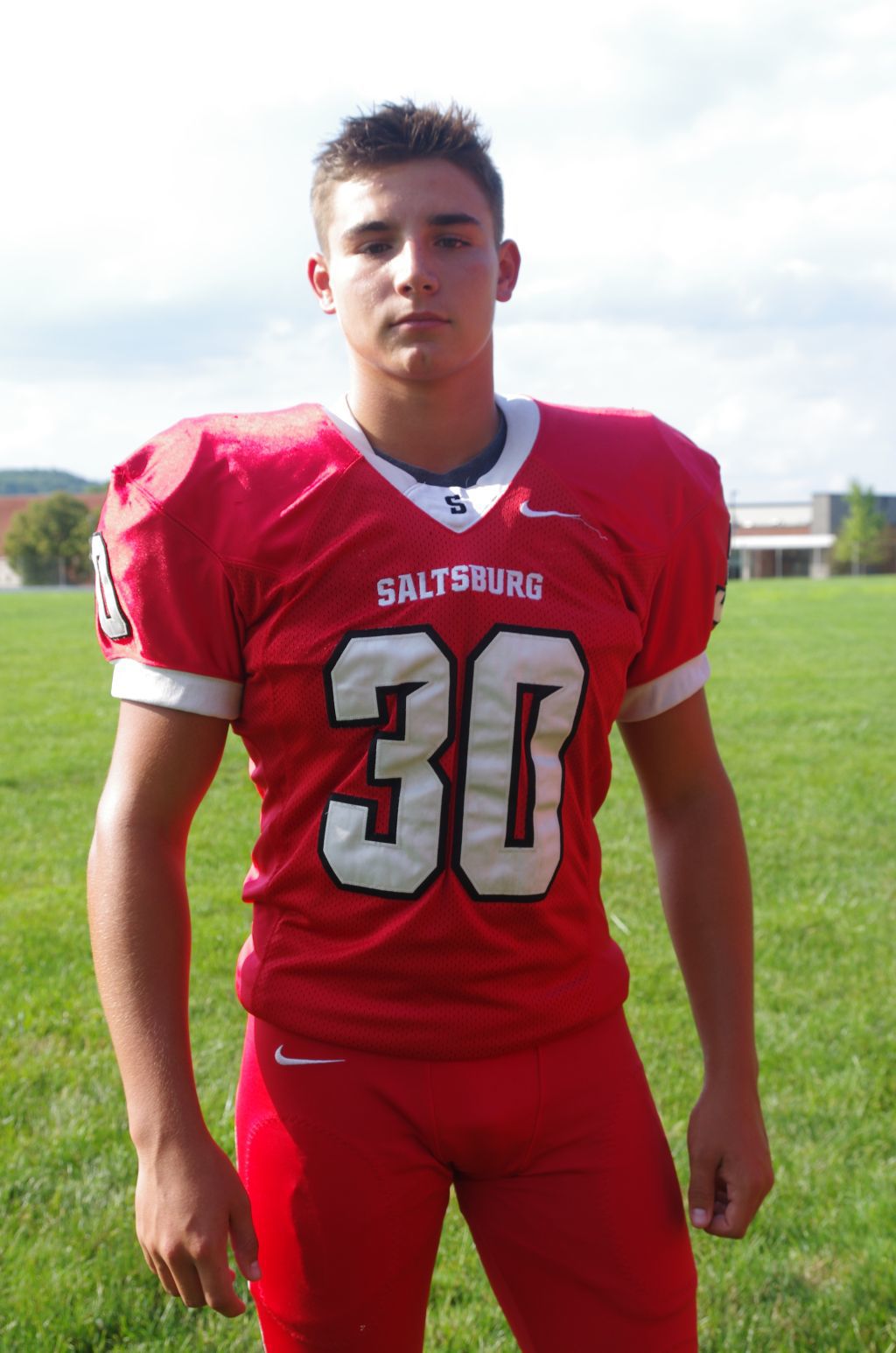 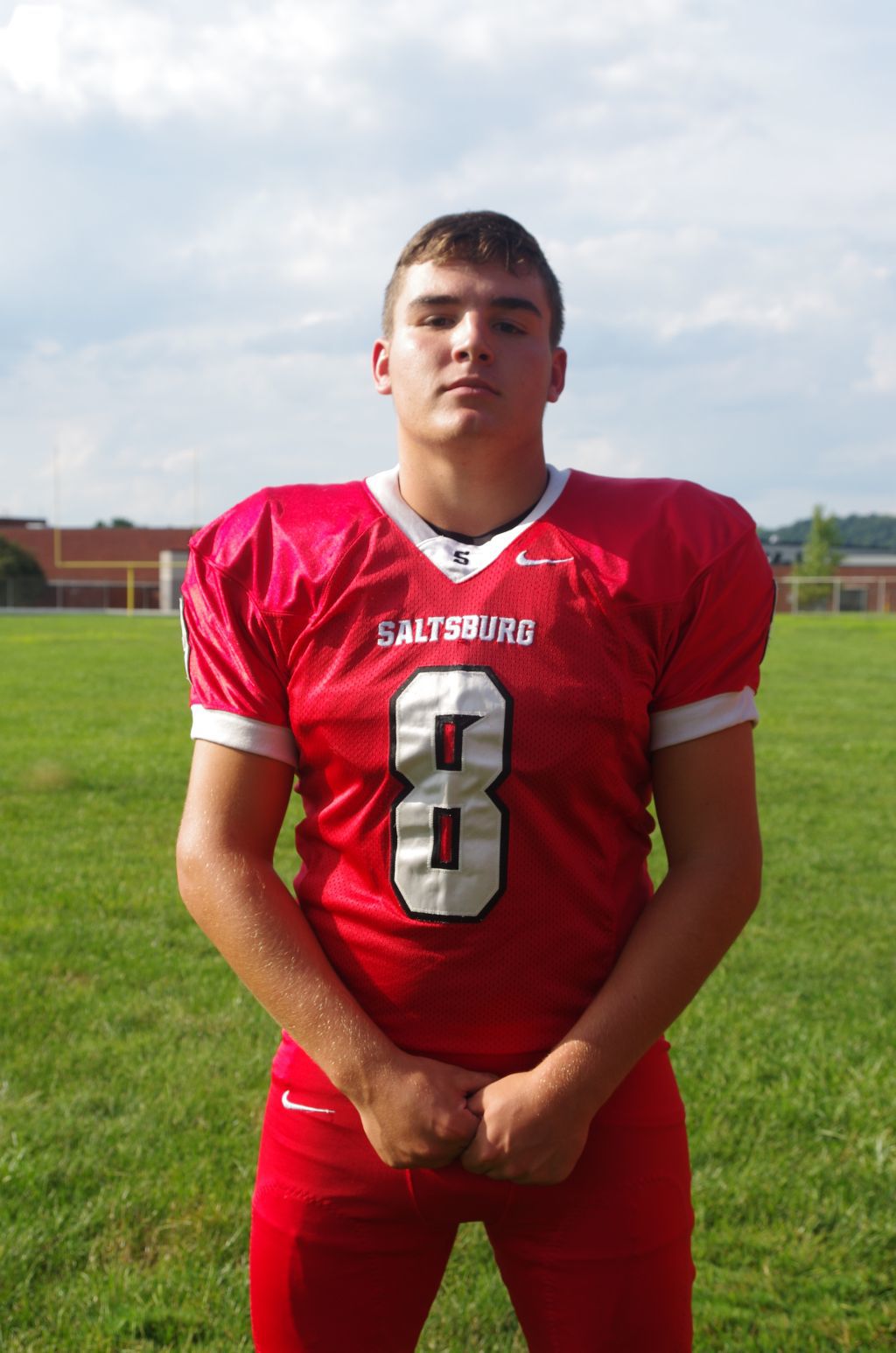 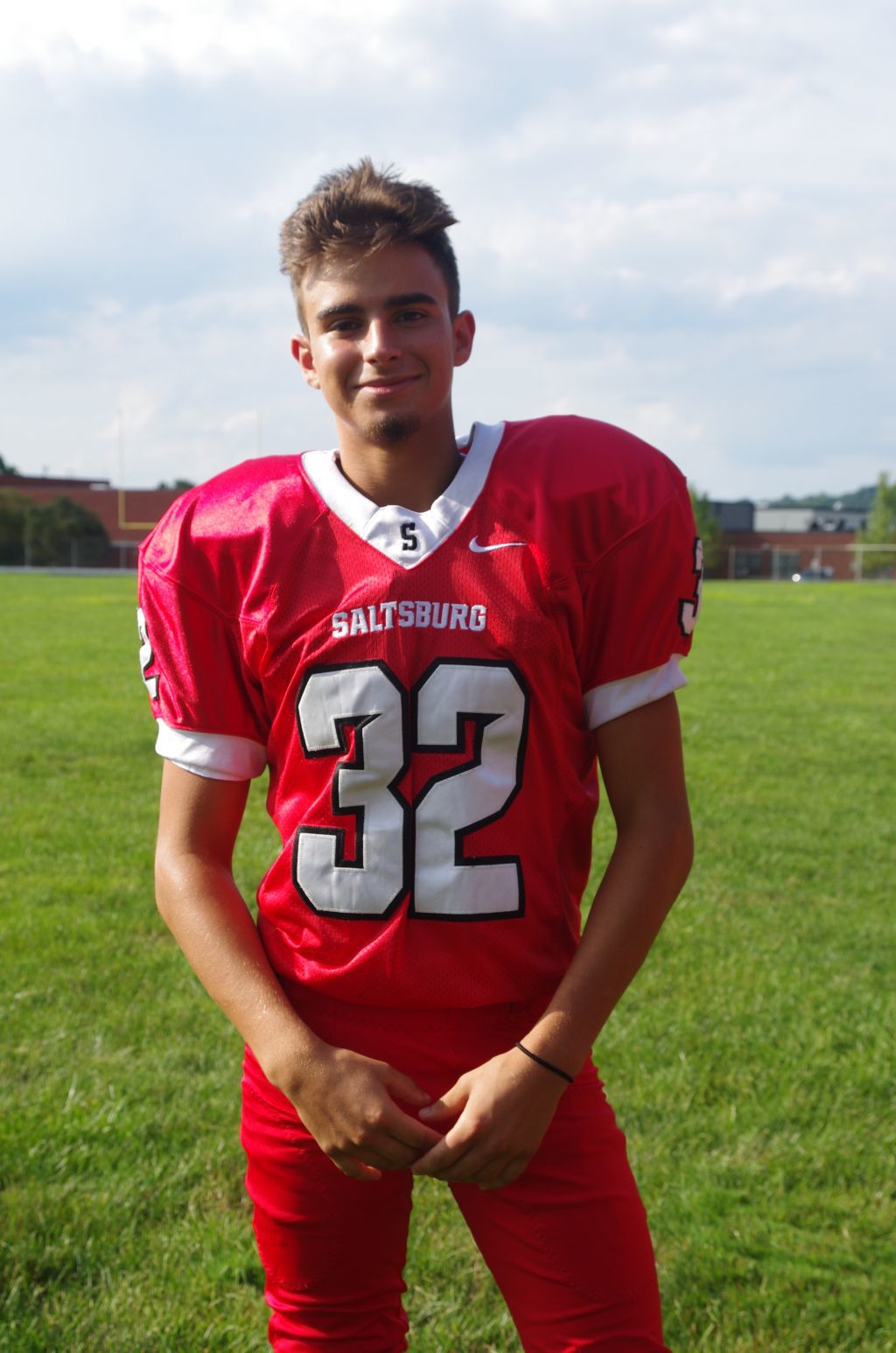 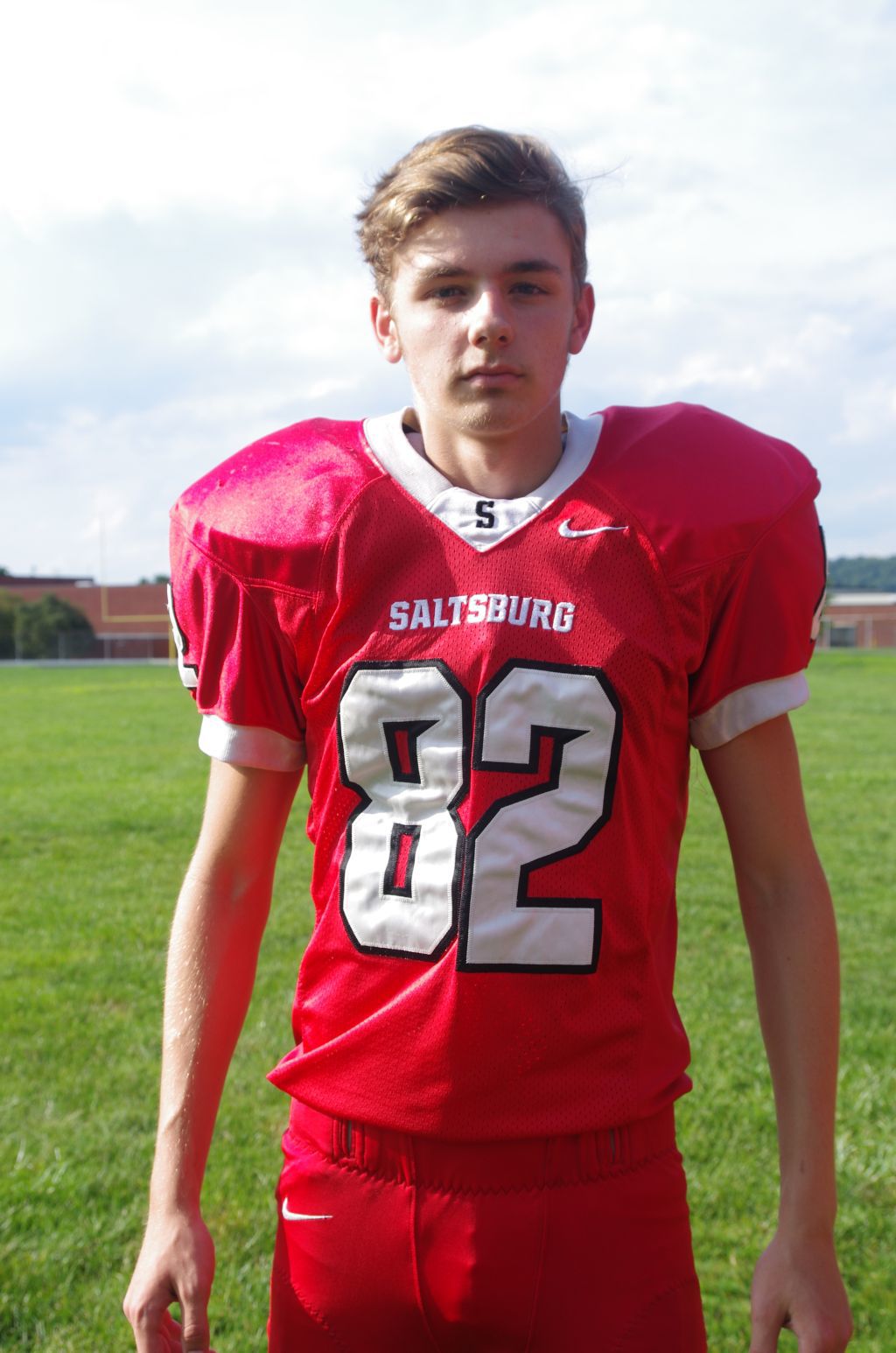 SALTSBURG — It all started about a year ago: the chatter, the comparisons and, to an extent, the pressure.

When Saltsburg made the District 6 football playoffs in 2018, the players started hearing the noise, most notably the comparisons to the 1991 Saltsburg team, the most successful Trojans team in school history.

Since then, the comparisons have only intensified. Saltsburg sits at 8-3 after winning its playoff opener last weekend, and the Trojans are in the District 6 semifinals for the first time in 28 years.

With a 7-3 regular season, the Trojans ended their streak of 22 consecutive losing seasons this fall, earned a first-round playoff bye and now they are hoping to win multiple playoff games for the first time since, you guessed it, the 1991 team did so.

So forgive the current players if they’re somewhat tired of hearing about that team.

“It’s a past time, so we like hearing about it,” senior quarterback Josh Gibbons said after a recent practice. “It’s most of our dads, so it’s nice, but we’re ready to get it out of the way and make a name for the 2019 team.”

“Between (my dad) and my uncle, yeah, we hear about it,” sophomore Rocco Bartolini said. “It’s obviously great and awesome to have that connection, but hopefully we can make that change.”

Seeded fourth in the 12-team District 6 Class 1A playoff field, Saltsburg dispatched Claysburg-Kimmel on Saturday for its first home playoff win in school history, and the Trojans face top-seeded Bishop Guilfoyle tonight in the semifinals at Saint Francis University.

“Last year, they heard a lot about it because we went to the playoffs,” Saltsburg’s fourth-year coach, Mike Leasure, said, “and they heard a lot about it back then. This year ... I don’t think they’re tired of hearing about it. It’s something they can look at, an inspiration, that someone around here made an impact on the football program, and it was back then, but these guys are trying to write their own story.”

The 1991 team has been the measuring stick for all Saltsburg teams since then. The Trojans went 8-1 in the regular season that year, 12-2 overall and won the District 6 Class 1A title.

In the 27 seasons between 1992 and 2018, the Trojans fell on some hard times. They had just one winning season in that span, made the playoffs twice and had one playoff win to their credit.

Gino and Angelo Bartolini’s dad, Mike, was the starting quarterback in 1991. Their Uncle Mark, a sophomore halfback in 1991, also has two sons on the current roster, Santino and Rocco Bartolini. And then there’s David Stuller, whose father, Dave, was a senior in 1991 and voted the Gazette Defensive Player of the Year.

“Oh, I’ve been hearing it for my whole life now, every single day,” David Stuller, a junior, said. “Whenever it’s football season, I get hyped, and my dad starts getting hyped, too. He can’t play anymore, obviously, but whenever I play out there, he has the same feelings back whenever he used to play.”

“It’s been a little bit of both,” Santino Bartolini said. “(My dad) brags about it obviously a little bit, but then again, he wants us to succeed and do good for our community. He wants it to change. He’s ready for the change. It’s kind of cool.”

“He’s obviously talked about it a lot,” junior Gino Bartolini said of his dad. “That’s all we hear about growing up is how great their football team was and how they want us to live up to what they did, and now we’re here. It’s our turn to go out and finish what they started — see what we can do.”

Living up to the 1991 team will be a tall task, but the Trojans are taking the challenge head-on, and they believe they are capable of making a deep playoff run.

A year ago, they won one playoff game — their first playoff victory since 1991 — and they got a taste of postseason football. With three playoff games under their belt over the past two seasons, the Trojans believe that experience will serve them well as they try to continue their playoff run.

“Oh for sure, especially the guys that were on the field last year with us,” Gibbons said. “Some of us were here last year for the playoffs when we won that one game, so we’re hoping to carry off of that and move on with this year.

“We’re ready for it. We’re ready for the challenge,” Santino Bartolini said. “We’re the 4 seed, so we’re pretty excited about that, and I think we’re going to make a good run.”

All season, Saltsburg has played balanced offensive football. The Trojans average 165 rushing yards and an area-high 184.5 passing yards per game. They have been able to get it done with the run or through the air, whatever the game calls for. And that’s the kind of balance they’ll need, especially against a perennial power like Bishop Guilfoyle.

But if they do have to lean on one guy, they couldn’t have a better playmaker on their side than Gibbons, who has proven throughout his career he can take over a game. He has passed for more than 6,000 yards, an area record he extends every game.

“You know, he’s the leading quarterback in Indiana County history statistically,” Leasure said, “so he’s the guy you want to have the ball. Looking forward to seeing what he can do.”

And if they can get on a roll, maybe, just maybe, the current players will finally have the bragging rights over their dads.

“Oh my, it would feel so amazing,” Stuller said. “And when I’m older, and he’s older, I’ll be able to say like, ‘Hey, remember back when we beat your record back in ’19?’ It’d just be a great feeling.”