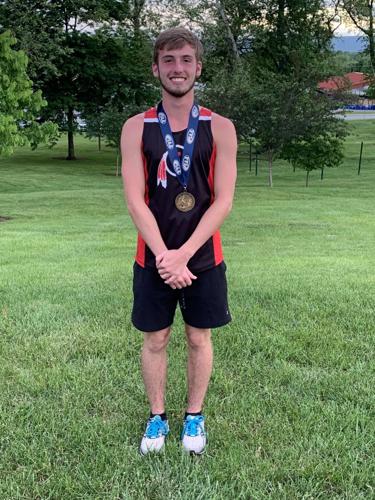 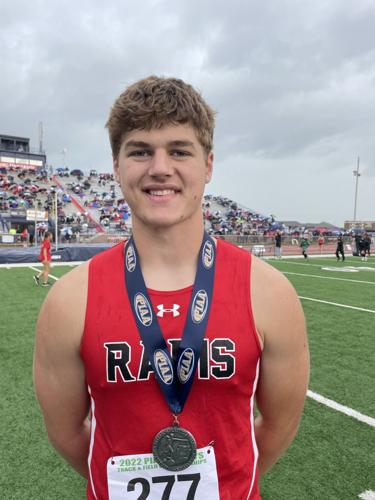 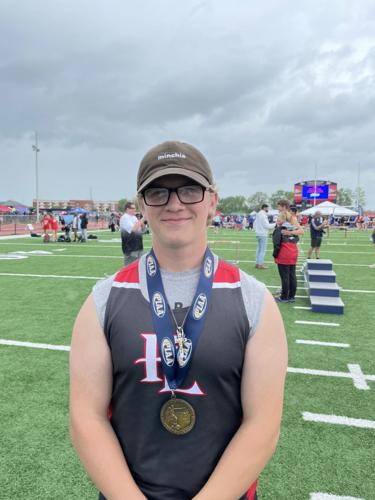 SHIPPENSBURG — Miles Higgins had two goals entering the PIAA Track and Field Championships: Win a state title in the Class 2A boys’ javelin and break the 200-foot mark.

Although he fell short of reaching both, he didn’t sulk. He left Shippensburg with a glass is half-full mentality.

The Ligonier Valley senior unleashed a career-best throw of 200 feet, 11 inches, and placed second in the Class 2A boys’ javelin to earn his second career medal. He placed fourth as a junior last year.

“This whole year, I wanted to get over 200, and this is the last chance to do it,” Higgins said. “Came out and did what we wanted to do. I’m happy in that sense of things, but definitely wanted to win it. But it’s all right. You take the good with the bad and move on.”

Top seed Drew Mruk, of Wyoming, won the state title with 211-9, but Higgins can hold his head high knowing his throw is one of the top 25 in the country in Class 2A.

“Some days it’s just not in the cards for javelin,” Higgins said. “It wasn’t happening, but it’s all right. I threw a (personalbest) so I’m happy about it, and it’s a good way to end out the year, for sure.”

Higgins was one of three area boys to earn a medal Friday.

Joining him on the podium in the Class 2A javelin was Purchase Line senior Vincenzo Scott, who took seventh with a throw of 162-8.

Another senior, Indiana’s Josh Saurer, placed sixth in the Class 3A pole vault with a jump of 14-6 in his first state meet.

“It’s just a great feeling,” Saurer said. “I walked in here today just being happy with anything, really. I made it here. I (set a personal record) first at 14-0, and that was my goal for high school. And then I cleared 14-6 and medaled, so it’s just great.”

In addition to setting a personal record, Saurer was perhaps more thrilled about clearing four heights. It was a point of emphasis for him and teammate Charlie Weber, who also cleared 14-0 but didn’t medal. He finished 12th.

“Me and him were really both able to do that for the first time in a while because we haven’t really been doing it great all year,” Saurer said. “He strung together three and I strung together four, so it’s good to do that.

Purchase Line’s Scott was also making his first trip to states, and considering the way his season went, he was more than happy with his seventh-place medal.

He suffered a shoulder injury playing rugby in March and almost didn’t have a track season. He competed in his first meet on May 6, merely three weeks before the PIAA meet.

“I definitely appreciate it a lot more, I think, since I almost didn’t have a season,” Scott said of his medal. “Coming back, it felt more special, definitely.”

“That was the goal,” Huey said. “I’m not finished. There’s still more to do, so we’ll see what tomorrow brings me.”

A junior, McConnell set a personal best with her 59.78, agonizingly missing out on the finals by one spot. She finished ninth in the preliminaries, with the top eight making the finals.

In the Class 3A field, Indiana’s Owen Putt ran a 49.13 in the 400, and he was part of the Indians’ 1,600 relay team that, despite not advancing out of the preliminaries, broke a school record with a time of 3:23.88. The team also included Jacob Gill, Jon Berzonsky and Will Berzonsky.

In the girls’ 2A 1,600 relay, Marion Center’s team of Reagan Ryen, Lilly Ryer, Mikayla Gatskie and Lydia Miller ran a 4:16.24 to eclipse their seeded time by more than two seconds.

In the Class 2A boys’ discus, Penns Manor freshman Alex Polenik placed 11th with a throw of 138-3, while Apollo-Ridge’s Greg Klingensmith fouled on all three of his attempts.