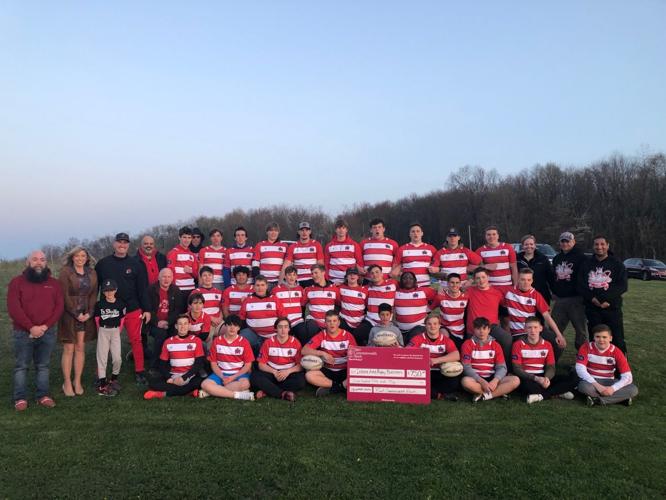 The Indiana County Warriors are playing for the rugby state title in Reading on Sunday. 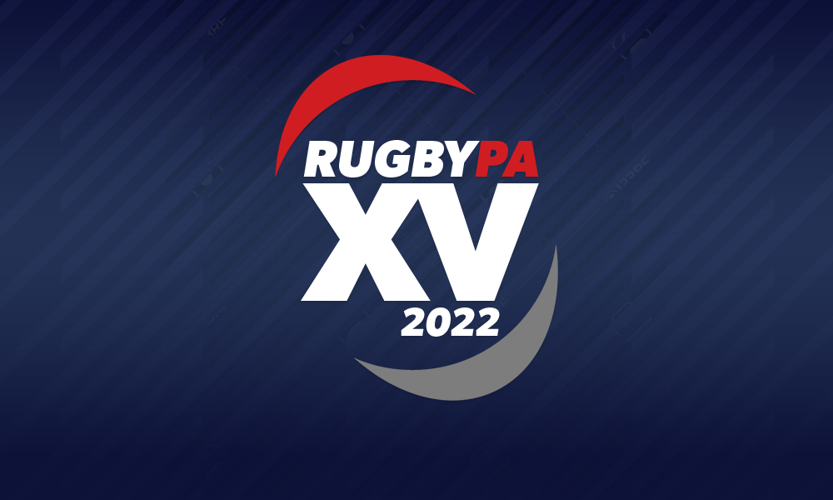 The Indiana County Warriors are playing for the rugby state title in Reading on Sunday.

The Indiana County rugby team likes to give its opponents a little country love.

At least that’s how co-head coach Todd Raible puts it.

The Warriors head to Reading on Sunday to take on State College, winners of the Susquehanna Conference, at Penn State Berks campus for the Division 2 state title.

“They’re a big, strong, physical team,” co-head coach Zubin Billimoria said. “We have a lot of respect for their ability and certainly won’t take them lightly. … The boys know what to do, it’s just a case of fine-tuning things.”

Indiana, whose roster consists of 30 high school boys from across the county, went undefeated throughout the regular season, winning the Allegheny Conference before taking down Hollidaysburg, 42-17, in the state quarterfinals and Downingtown, 21-12, in the semifinals.

“It’s a great group of young men who have poured their hearts and souls into learning rugby and are improving and getting better every week,” Billimoria said. “None of these guys have picked up a rugby ball before they came out to the team. Their learning curve is incredibly steep. To see them translate that learning into success on the field makes us so proud as coaches.”

The Warriors defeated the Little Lions, 20-0, in Week 1 of the season. However, Indiana knows that, just as it is a better team than the one that hit the field in March, so is State College.

“We expect them to go out with the same attitude they had last week in the semifinals against Downingtown,” Billimoria said. “We played a team that is significantly more experienced than we are, and our guys came ready to play. Every single one of them elevated their level and just mentally they were on point. … They need to come out with that same attitude and that same level of preparation. If we can do that, we can be in the game.”

A state title won’t come easily, but if there’s one thing that’s true about this Warriors team, it’s that they’re willing to work and work hard.

It started with Raible playing rugby in the Marine Corps and at IUP, which led to him presenting the idea at a Indiana Area School District board meeting in 2017 with the help of former IUP rugby coach Larry Bouma.

A school board member told Raible about Billimoria, an attorney from England with rugby experience who moved to the area in 2015.

Billimoria jumped on the opportunity, and Larry Herrington, who helped found the South Pittsburgh Rugby Club in 1979, also hopped on board.

In 2020, they brought in Gordon Wells, a South African pastor with a lifelong passion for the sport whom Billimoria met overseas. Also joining the team in 2020 was Greg Lynch, a vascular surgeon at IRMC who heard of the program through Billimoria’s wife, who took up rugby after playing high school football and college soccer.

It’s a diverse coaching staff that Raible and Billimoria think gives their team an edge. It’s a melting pot of ideas and strategies with the common goal of creating well-rounded people, as well as successful athletes.

“In a way, one of the most important things to us is to get these boys ready for life, not just for a high school rugby match,” Billimoria said.

At first, recruiting players was their biggest challenge.

There are only 21 Division 2 rugby teams in the state, and local athletes weren’t knowledgeable or interested in learning a game they felt they were already too far behind on. There was also some wariness on the safety of the sport.

Raible, Billimoria and their fellow staff used the area’s love for Friday Night Lights to their advantage, reaching out to Homer-Center football coach Greg Page with a promise that a season of rugby would make his football players better athletes come fall.

“We’re starting to see these coaches seeing the benefits of these kids coming into their summer (football) programs in really good shape,” Raible said. “Their footwork, their tackling, their ability to think out on the field — rugby just enhances everything to that next level for football.”

The success spoke for itself, and next up came head coach Adam Rising and his Marion Center Stingers. Word spread, and student-athletes from United and Purchase Line followed suit.

At the start of the 2021-22 season, Raible told his son the Warriors were “two to three big guys short” of a competitive team.

“Not even two hours later, I showed up to practice and here are three guys that showed up from Purchase Line who are all just outstanding multi-sport athletes,” Raible said. “It was like it was meant to be. That was the icing on the cake for the team we have this year when we got those guys.”

Four out of five Indiana County football players that made the all-county team in the fall start for the rugby team, including Indiana’s Jacob McCracken, Zach Herrington, Evan Brocious and Amarie Brown.

“We are not a finesse team,” Raible joked. “Every team we’ve played comments on how tough our student-athletes are. From our big forwards, who are like linemen, down to our little backs, who fly around the field and aren’t afraid to put a shoulder into anyone.

“Nobody knows where Indiana, Pa., is. We play Pittsburgh Central Catholic, Moon Township, State College and Philadelphia-area schools. These are big-city boys. They think we’re just a bunch of farmers. We tend to surprise everybody when we go out on the field. We play skillfully, but there’s an edge of toughness that comes from the kids in this county.”

The Warriors worked with area schools to be conducive to the student-athletes. The high school rugby season is in the spring so it doesn’t conflict with football, and the team practices twice a week and plays matches on Sundays to allow athletes to compete in other spring scholastic sports. They focus on academics as much as athletics.

In return, Indiana has seen success, even in just its fourth season on the field.

The Warriors, who play home games at Indiana High School’s football stadium, made its first playoff appearance last year, making it to the state semifinals. This year, they’ve made it another step forward to take part in the championship match.

A win is more than just a state title, it’s an opportunity to grow the program even further.

“To be in the running for that, to have the opportunity to bring (a state championship) home, what an amazing thing for these boys to have that accomplishment and the memories for years to come,” Billimoria said. “To have a state finalist banner is huge, but to have a state championship banner and what that would do to help us recruit and how it would make people want to be a part of this team, I don’t think we can put into words what that would mean for rugby in Indiana.”

As a result of the success, the Warriors are starting to feel the love of the communities they represent. IHS funded the team for the 2021-22 season, and donations from local businesses allowed for the purchase of new uniforms and practice equipment, along with offsetting the costs of travel.

It’s not just financial support. Billimoria recounted being stopped on the street by well-wishers in the weeks leading up to the championship, and both coaches noted a crowd of nearly 200 fans for their Mother’s Day quarterfinal game that didn’t have a starting time until 24 hours before kickoff.

A lot of matches require traveling to Pittsburgh and the more rugby-enthused eastern side of Pennsylvania. There’s also the travel to get to practices for kids that live outside Indiana. Plus, the dedication and passion that the athletes pour into a sport that some hadn’t known the rules of prior to joining the team.

A sentiment that both coaches expressed was how thankful they are for the support of their wives and families, the families of the athletes and the community at large.

Nothing would say “thank you” for all that support quite like a state championship title.

Bringing home that title won’t be easy, but nothing has come easy for the Indiana county Warriors. They’ll do what they’ve done all season and make up for the steep learning curve with hard work, dedication and a little bit of that country love.

“It’s a match between two good, strong teams,” Billimoria said. “We have full confidence in our guys that when they cross that white line and walk onto that field, they’re going to be ready. It’s going to take a very strong performance to get the better of them.”

The Warriors (6-0) and Little Lions (6-1) face off at 2 p.m. Sunday. The game will be streamed on the Rugby Pennsylvania YouTube channel.