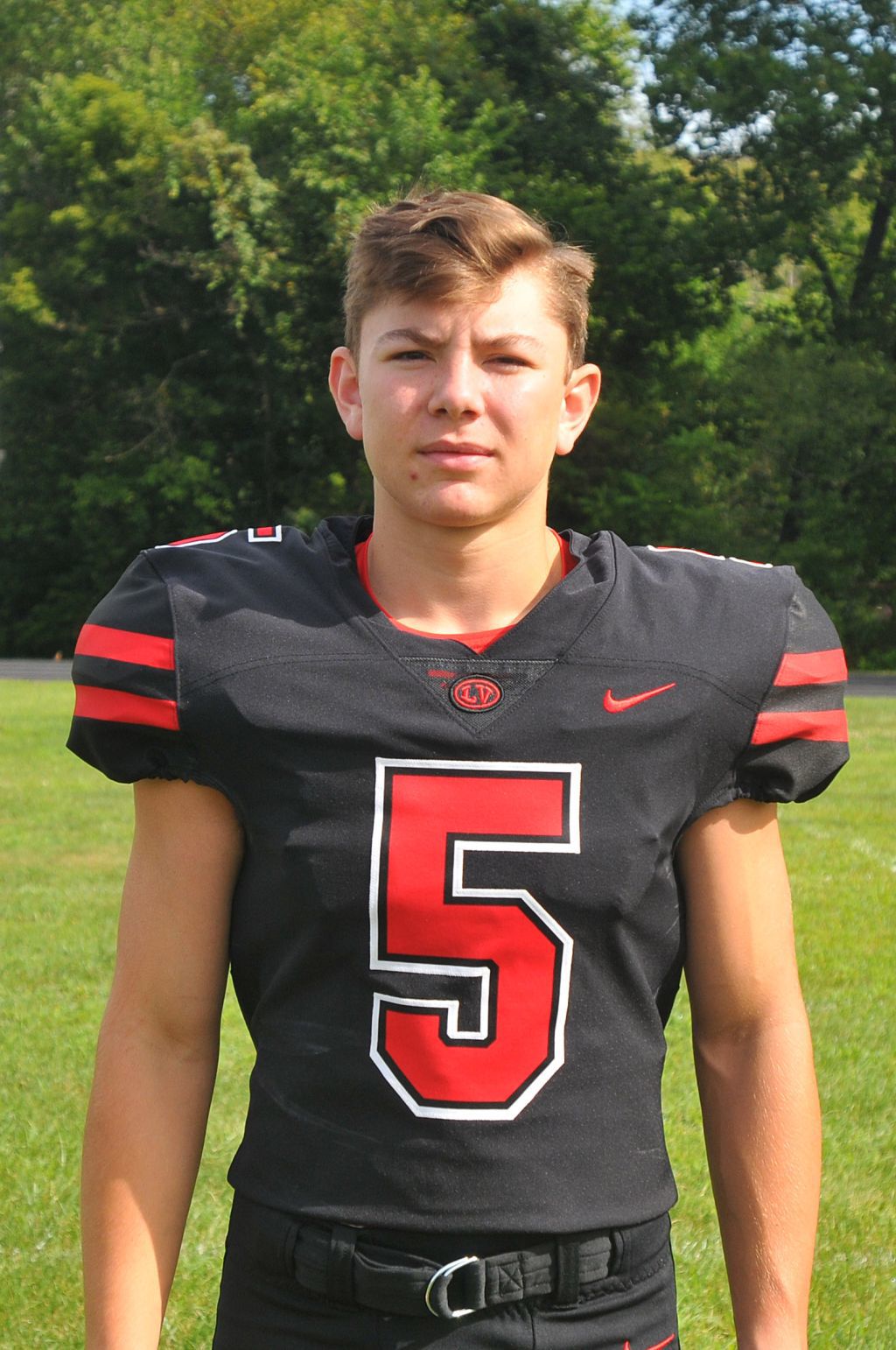 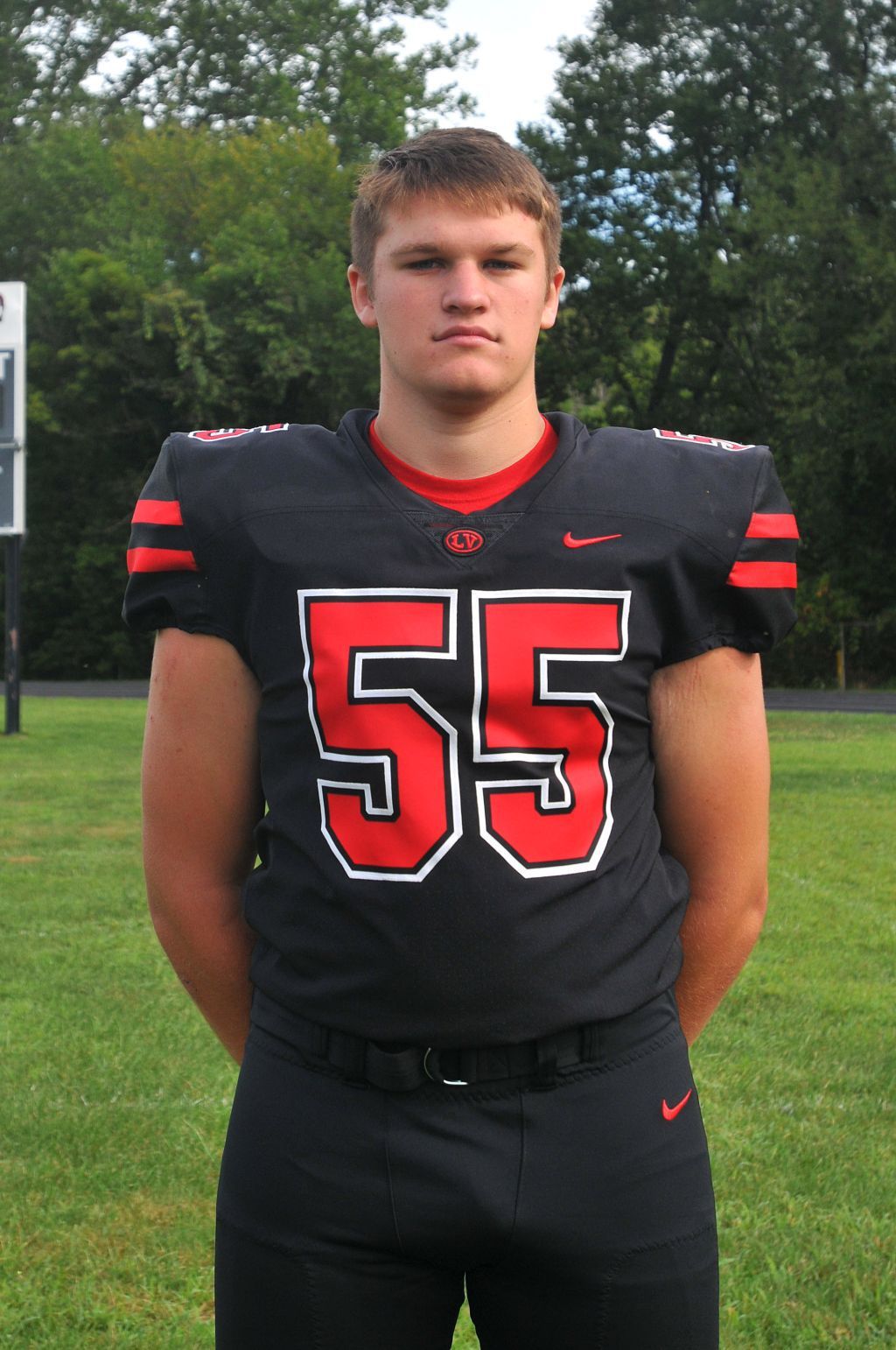 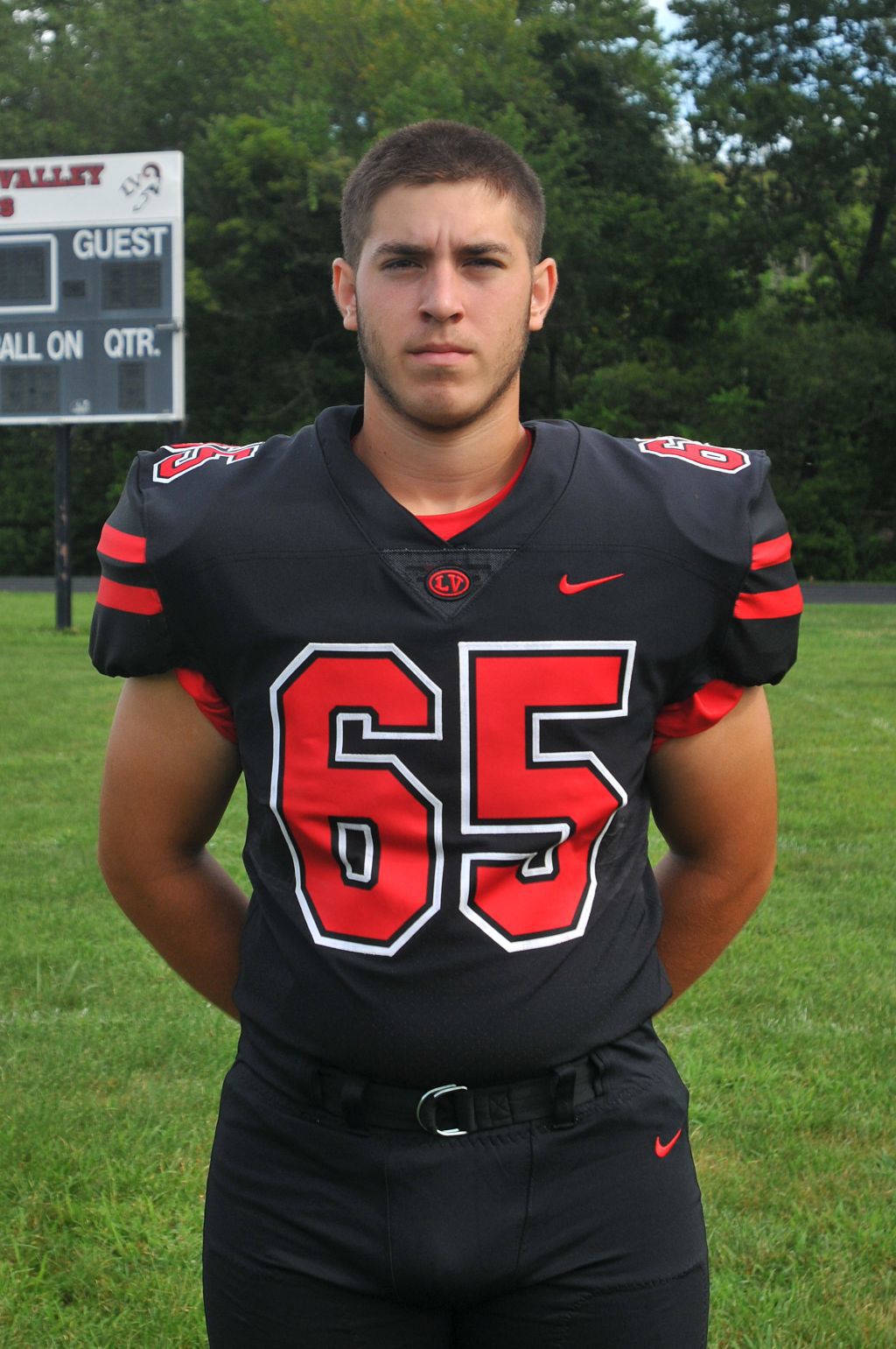 LIGONIER — Ligonier Valley didn’t have its leading rusher Friday night due to an ankle injury, but it hardly seemed to matter.

Kyrie Miller, and senior quarterback Sam Sheeder passed for two touchdowns and ran for another.

Ligonier Valley’s stingy defense also held West Shamokin to minus-22 yards offense and zero first downs, and defensive lineman Christian Jablonski recovered a fumble in the end zone for the game’s first score as the unbeaten Rams rolled to 49-7 victory in a District 6 Class 2A quarterfinal-round playoff game at Weller Field.

“They set the tone early with the defensive touchdown and just played really good fundamental defense.”

West Shamokin (5-6) had 10 carries that resulted in lost yardage and five more rushes that gained 0 yards against Ligonier Valley (11-0), which won the regular-season matchup between the two Heritage Conference teams, 54-7, on the same field.

Quarterback Bo Swartz was under pressure all night and completed just 2 of 20 passes for 11 yards. He also had a pass picked off by the Rams’ John Beard.

“It wasn’t good,” West Shamokin coach Jon McCullough said. “They showed why they’re the top team in this conference and one of the top teams in the state tonight.

“They’re so dominant up front, you can’t get any movement. We couldn’t gain an inch on the ground, and we had no time to throw. They mauled us up front.

“I have a lot of respect for them. I wish them the best and hopefully they can make a run here and get another district title. That’s probably a first for me, not getting a first down. It wasn’t good. It was embarrassing.”

Sheeder also proved to be very efficient, completing 14 of 20 passes for 158 yards. He scored on a 3-yard run and tossed touchdown passes of 36 yards to sophomore Matthew Marinchak and 12 yards to senior Beard.

In addition, Sheeder contributed 78 yards rushing on seven carries and senior Ayden Kelley scored on a 2-yard run for the second-seeded Rams, who scored all of their points in the first half against the seventh-seeded Wolves.

Miller was injured in last week’s Appalachian Bowl win against Portage and was held out as a precaution.

“We knew coming in we weren’t going to have Kyrie,” Roger Beitel said.

“Our line stepped up and was really good. Nick had a good game as a backup, some of our other young kids played well, and Sam was very solid.”

Sheeder’s one big mistake was an interception that West Shamokin’s Jaiden Haswell returned 92 yards for a touchdown in the second quarter, cutting the lead to 21-7.

The Rams also lost two fumbles, but the Wolves failed to capitalize.

“We didn’t play great, obviously, but I want to thank the seniors for everything they gave us over the course of their time here,” McCullough said. “We have a pretty successful group here.

“Hopefully, our younger guys see what Ligonier Valley is and how hard they work in the weight room. We’ve got to get hungry here in the offseason and get better.”

Ligonier Valley, which had 26 first downs, advances to play the winner of tonight’s quarterfinal matchup between Bellwood-Antis and Cambria Heights.

“We’re at home Saturday and that’s good,” Beitel said. “Kyrie will be back and we’ll be ready to go.”