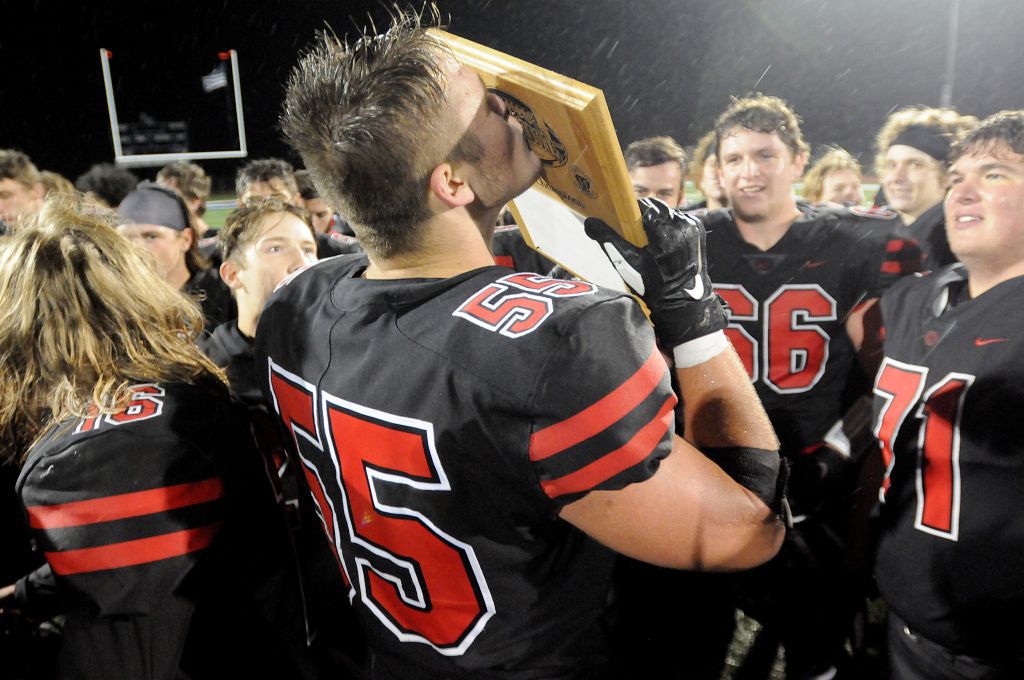 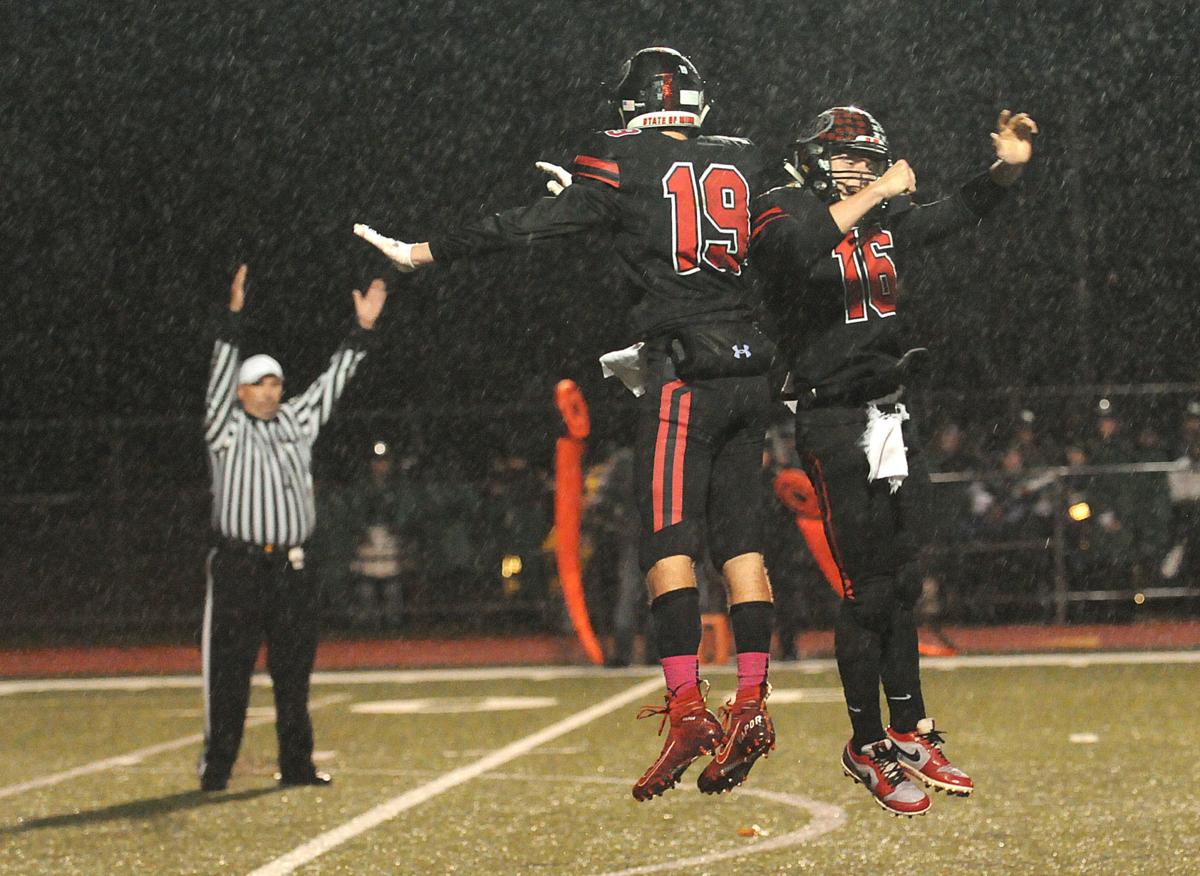 KENWOOD — Ligonier Valley put the finishing touches on an unprecedented run of dominance Saturday night, taking with it another championship that it will likely never be forced to defend again.

And with the Rams’ fourth bullish Appalachian Bowl victory in as many tries, they appear to be surging into the District 6 Class 2A football playoffs as strongly as ever.

The win marked a four-year stretch of dominance for a team and its senior class, which clinched a perfect 40-0 career record in regular-season games. Ligonier Valley’s seniors also won their fourth straight conference title before claiming their fourth Appalachian Bowl in what will likely be the program’s final year in the Heritage Conference and District 6.

“I can’t say enough about our senior class,” Ligonier Valley coach Roger Beitel said. “We challenged them before the game and just talked about the importance of leaving their legacy, and I think they’ve left their legacy and we’ve left our legacy as a program on the Heritage Conference.

“These seniors, in the regular season, they have not lost a football game in their entire high school careers. What these kids have done is really remarkable, and at some point, someone is going to have to give them credit for that.”

Ligonier Valley (10-0) is expected to join the WPIAL following the school year, pending a vote that is considered a formality. But first, it will aim to reclaim the district championship after falling short in the title game last season.

The Rams, who claimed the second seed, will play host to seventh-seeded Heritage Conference foe West Shamokin (5-5) in the first round next weekend. Ligonier Valley beat the Wolves at home, 54-7, in the regular-season meeting on Sept. 20.

By earning the second seed in the tournament with a win Saturday, Ligonier Valley is guaranteed a second home game should it beat West Shamokin again.

And with a pair of titles already in hand, the Rams surely expect to push for another.

“It’s wild,” Ligonier Valley senior two-way lineman Christian Jablonski said. “This has been the best four years of my life. I wouldn’t want to play with anyone else.

“Last year our goal was to win District 6, and we didn’t make our goal. So this year we’re coming with a vengeance. We want to win our ring back. We want another title.”

The Rams have outscored their opponents 477-53 this year, and in their four Appalachian Bowl victories, they outscored the WestPAC 200-14, coming within two minutes Saturday night of forcing its third shutout in the title game.

For Beitel, a Penns Manor graduate who surely won’t forget what was likely his final victory at his alma mater, the seniors at Ligonier Valley certainly left their mark.

“It’s an unblemished mark,” Beitel said. “We leave with that group and they have not lost a game. In their 40 games that they’ve played in the regular season, there was one game in which they did not win by a mercy rule. So what they’ve done and the number of kids that we have going on to the next level is phenomenal, now we get into the playoffs, and that’s the only place that they’ve ever lost a football game in their entire careers.”

On Saturday, Ligonier Valley built a 25-0 halftime lead before scoring on back-to-back drives after the break to force the 35-point mercy rule that continuously runs the clock.

The Rams did not allow Portage (8-2) to pick up a first down until the 7:45 mark of the third quarter.

Miller and Sheeder, both seniors, combined for 298 rushing yards for Ligonier Valley.

Miller, the program’s career leading rusher, scored from 51 yards on the first play of the game before adding touchdown runs of 42 and 10 yards. He racked up 240 yards on 28 carries before leaving with an ankle injury in the second half.

Beitel said the exit was only precautionary.

Sheeder added touchdown runs of 1, 1 and 5 yards from his quarterback position, and Nick Beitel tacked on touchdown runs over 22, 1 and 23 yards all after halftime to give the Rams a 58-0 lead.