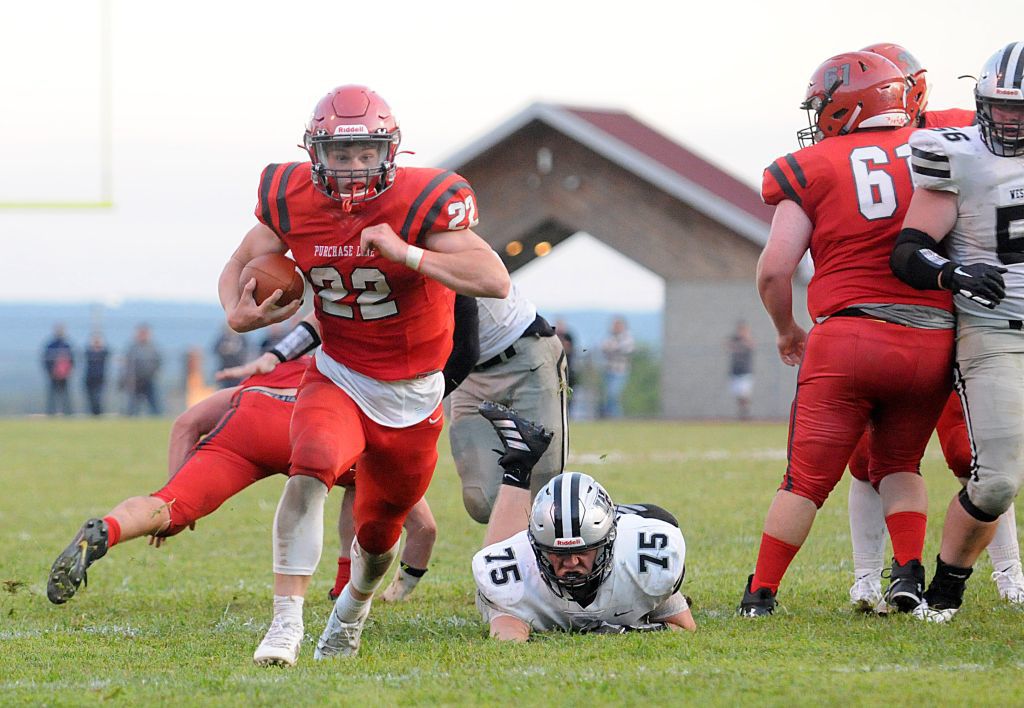 Purchase Line's Josh Syster broke away on a touchdown run against West Shamokin. 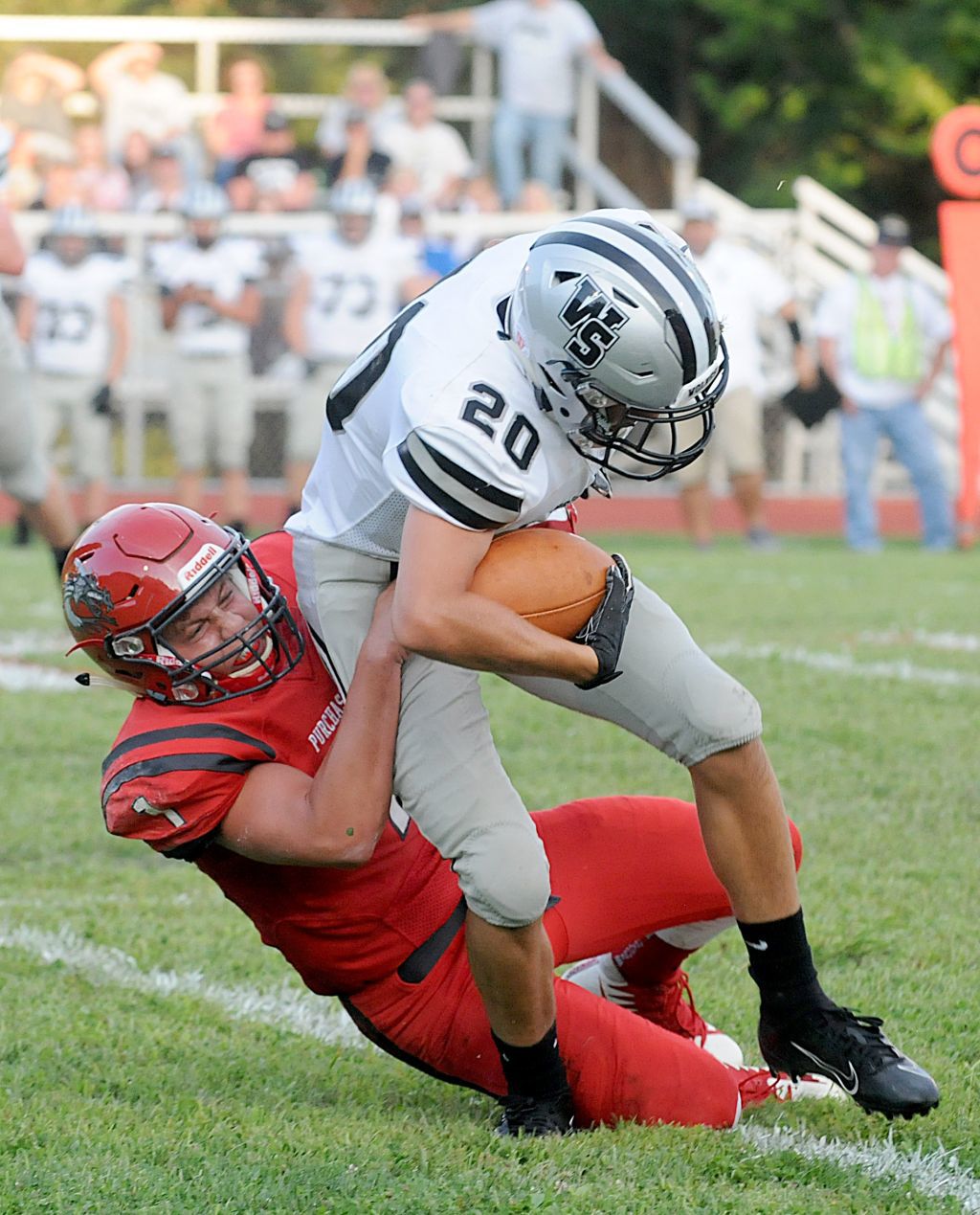 Purchase Line's Josh Syster broke away on a touchdown run against West Shamokin.

So, too, does West Shamokin.

The Red Dragons outlasted the Wolves Friday night by forcing five turnovers in the season opener en route to a 26-20 Heritage Conference victory.

Junior tailback/linebacker Josh Syster rushed for 105 yards and two touchdowns, intercepted a pass and recovered one of the team’s four fumbles.

Gabe Kitchen and Brock Lloyd also had fumble recoveries for Purchase Line, which used a 20-point second quarter explosion as the impetus for its win.

“I thought it was a great game, a very physical game,” Purchase Line coach Matt Falisec said. “It tested everyone’s will. We had guys cramping up and they had getting guys banged up.

“It was a tough first game and I am glad we got through it with a W. Last year we only won three and we’re already at one. So that’s a good start.”

West Shamokin lost feature back Elijah Linhart to a leg injury early on and wide receiver Owen Stover suffered a broken arm late in the first half after making a reception.

Syster also was slowed by cramps and managed just 20 yards in the second half and played limited snaps on both sides of the ball.

Ultimately, though, West Shamokin also was done in by turnovers

“We’ve got to overcome those,” Wolves coach Jon McCullough said. “Tonight I hope was a learning experience for us. We have a lot of young, inexperienced guys on our team.

“And we were going up against a darn good football team, a tough physical team, and we gave them everything they could handle.

“I think they’re going to do good things this year. I expect us to do so as well. We’ve just got just to stay healthy and keep fighting,” he said,

West Shamokin opened the game with senior Jaiden Haswell as quarterback, but switched to sophomore Bo Swartz late in the first possession. His first pass was dropped by Haswell as the goal line.

It was one of the few mistakes made by Haswell, an all-purpose performer. He finished with seven catches for 168 yards and pulled in touchdown tosses of 52 and 79 yards from Swartz to forge a 20-20 tie with 1:43 left in the third quarter.

But on the ensuing kickoff, sophomore Mello Sanchez brought the ball back 55 yards to give the Red Dragons a first down at the 25-yard line.

Three plays later, Goncher scampered 20 yards for the go-ahead touchdown. It was the only points of the second half for the Red Dragons.

“Defensively, in the second half, I think we played great,” McCullough said. “We cleaned up things at half. But that kickoff was the killer.”

Falisek agreed it was a pivotal point in the game.

“That was a great return by Mello,” he said. “We’ve been telling the guys to get the ball and run straight — they all want to juke back there when they get the ball. Mello made a great run and then we punched it in, and that was huge.”

Junior defensive lineman Troy Goldstrohm had three sacks for the Wolves and Stover had an interception.

Swartz completed 10 of 17 passes for 195 yards and one interception, while Purchase Line quarterback Jacob Barnett was 11 of 13 for 152 yards and one pick.

“The first game was good for us,” Syster said. “I know our expectations should be way higher than the way we played — we made too many mistakes — but in the end we came through.”