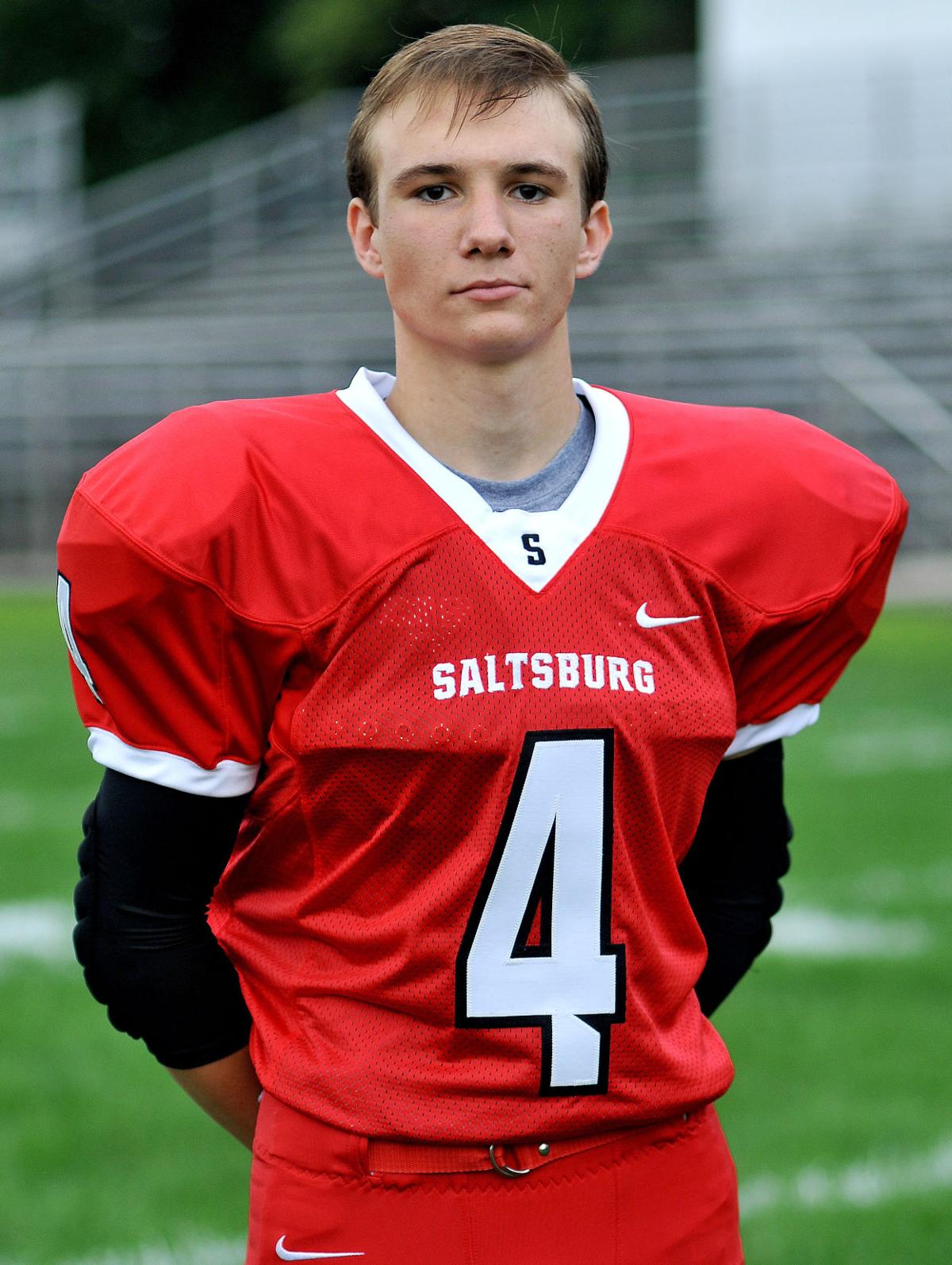 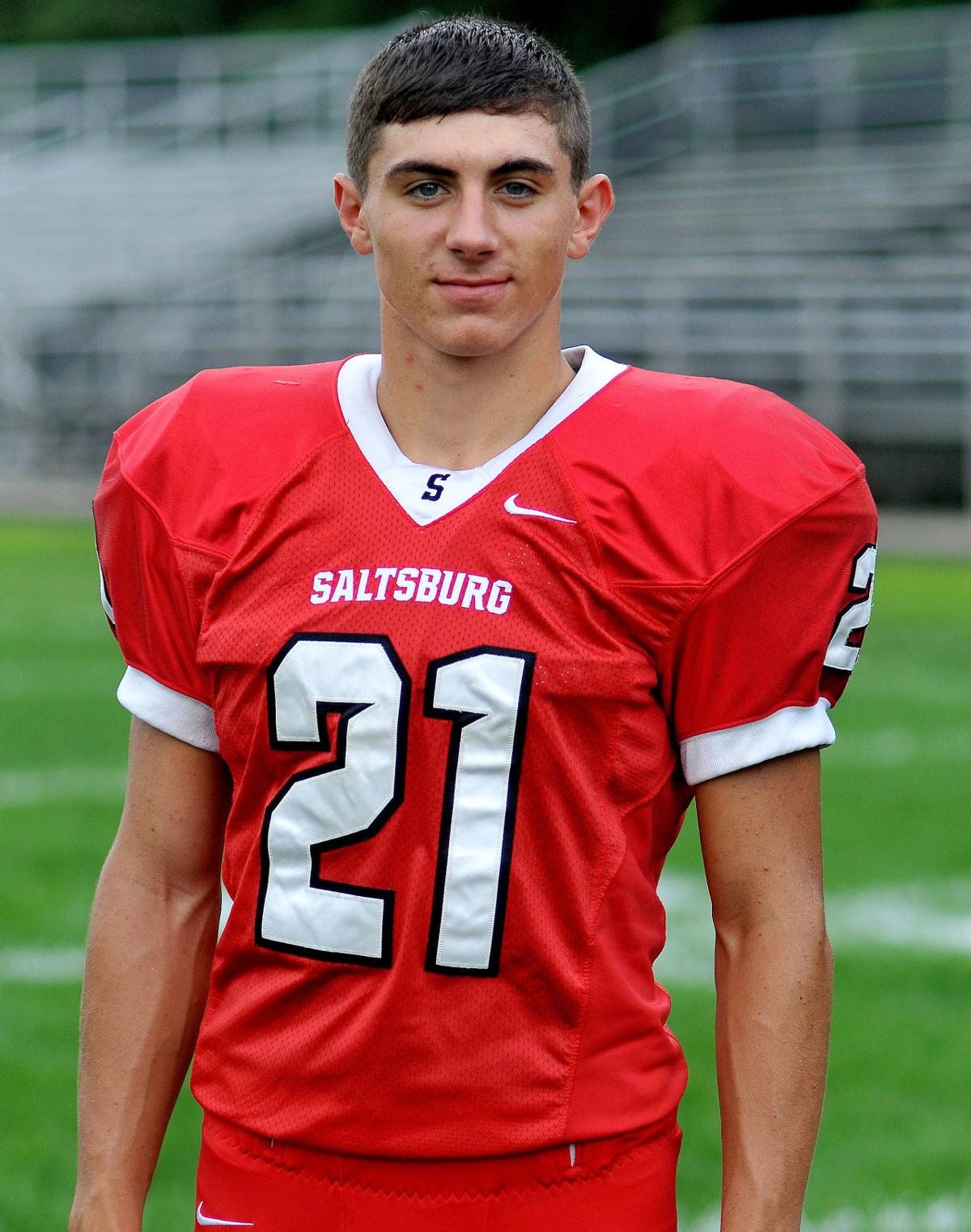 ARMAGH — Saltsburg has experienced a rough stretch as of late. Following a season-opening win over Marion Center, the Trojans dropped four straight games — three via a loss and one by forfeit. The young squad’s time got even tougher last week as a 20-point fourth-quarter effort wasn’t enough to grab a win over Penns Manor.

But the Trojans found a way to wash away all of that misfortune on Friday night in a Heritage Conference game against United. Trailing 33-30 with just over three minutes remaining, Saltsburg’s defense pulled off a goal-line stand. The Trojans’ offense topped that effort on the ensuing drive when quarterback Josh Gibbons led a 16-play, 94-yard drive that resulted in a 38-33 victory.

“The kids have been working hard,” Saltsburg coach Mike Leasure said. “Last week was a tough loss, but the kids showed something in that fourth quarter and they built on that. They had a good week of practice and they worked hard, so they deserved this tonight.”

The Trojans’ passing game was virtually unstoppable all night, and none of that fortune changed on the final drive. Gibbons completed six passes for 85 yards on the drive, the last coming on a 20-yard game-winning touchdown toss to Dylan Cindric as the clock ticked down to two seconds.

United led by two scores at multiple points in the game, but the Lions were unable to maintain their lead as they struggled to slow down the Trojans’ aerial attack. Gibbons completed 23 of 34 passes for 405 yards and notched scoring plays of 33, 5, 74 and 20 yards. Cindric was the Trojans’ most successful receiver, reeling in five passes for 157 yards and three scores.

“They took it to us and beat our defense, and that’s my responsibility,” United coach Kevin Marabito said. “We just didn’t make plays when we had to. You have to make plays. You have to be able to stop the pass. Their quarterback had a great night, and our secondary just didn’t get the job done.”

Gibbons led the Trojans’ offensive onslaught in both facets. His big night passing pushed his season totals to 807 yards and eight touchdowns — he entered with 402 yards and four touchdowns — and he added a team-high 91 yards on the ground. Three receivers met or surpassed the 90-yard mark. Cindric’s 157 yards led the bunch, but Gage Kiser reeled in 10 catches for 144 yards and Nathan Slapinski nabbed seven passes for 90 yards and a touchdown. Kiser entered the game without any receptions on the season. Alex Lassick scored the Trojans’ other touchdown on a 1-yard dive in the second quarter.

“Last week we tried to run the ball a little bit, and we had some success,” Leasure said. “This week we had no success, so we changed it up. The kids adapted really quick, and they were able to make plays tonight. That was the difference in the game.”

Saltsburg trailed 25-18 entering the fourth quarter, but the Trojans quickly found momentum when Garret Carr intercepted a pass and returned it 45 yards to the end zone to bring the Lions’ lead down to 25-24. Saltsburg capped its effort by scoring 20 fourth-quarter points and holding the Lions to just eight.

Saltsburg outgained United, 492-351. But while the Trojans found ways to complete passes all throughout the game, the Lions were able to find running room on seemingly every carry. United quarterback Kyle Silk finished the night 0-for-6 with an interception, but he more than made up for it in the running game. He led the Lions’ offense with 186 yards and a touchdown on 16 carries. Hunter Cameron followed close behind, racking up 168 yards and scoring on runs of 64, 11 and 15 yards. Silk also drilled a 37-yard field goal to give his team an 18-12 lead entering halftime.

“We had defenses put in,” Leasure said. “But they are good. They are a big, physical team. And they took it to us in the run game.”

A week of rainstorms prior to the game brought sloppy field conditions, but adding to the sloppiness was a multitude of penalties on each side. The two teams combined for 23 penalties for 169 yards. The Lions likely made the two costliest mistakes, having a long run negated by a holding call on their last drive and committing a pass interference penalty to keep the Trojans’ game-winning drive alive.

“They got that pass interference call, and that really hurt,” Marabito said. “But those are things that happen in the game. They wanted to make plays, and we didn’t want to make them. You have to be able to get after the football, and we didn’t do that. We had an opportunity to put it away, and then we got a holding penalty and couldn’t pull it off. It’s a comedy of errors. Those are things you can’t do if you want to win a football game.”

United (2-4) will have a tough test in its next game as it hits the road to take on West Shamokin (4-2), which has won two of its last three games.

“It comes down to the coaching staff and the kids,” Marabito said. “I know what the coaches want, so now it comes down to the mental aspect of the players. They have to want to bounce back from this and forge ahead. I know we have another tough one next week. West Shamokin is tough all the way around. We just have to get a better mindset and be able to go out after West Shamokin next week.”

Saltsburg (2-4) will look to continue its winning ways as it plays host to a Homer-Center (3-3) squad in the midst of a two-game losing streak.

“Hopefully that was our turning point tonight,” Gibbons said. “We came out and played some good football, and hopefully we can turn the season around here and win some more games.”