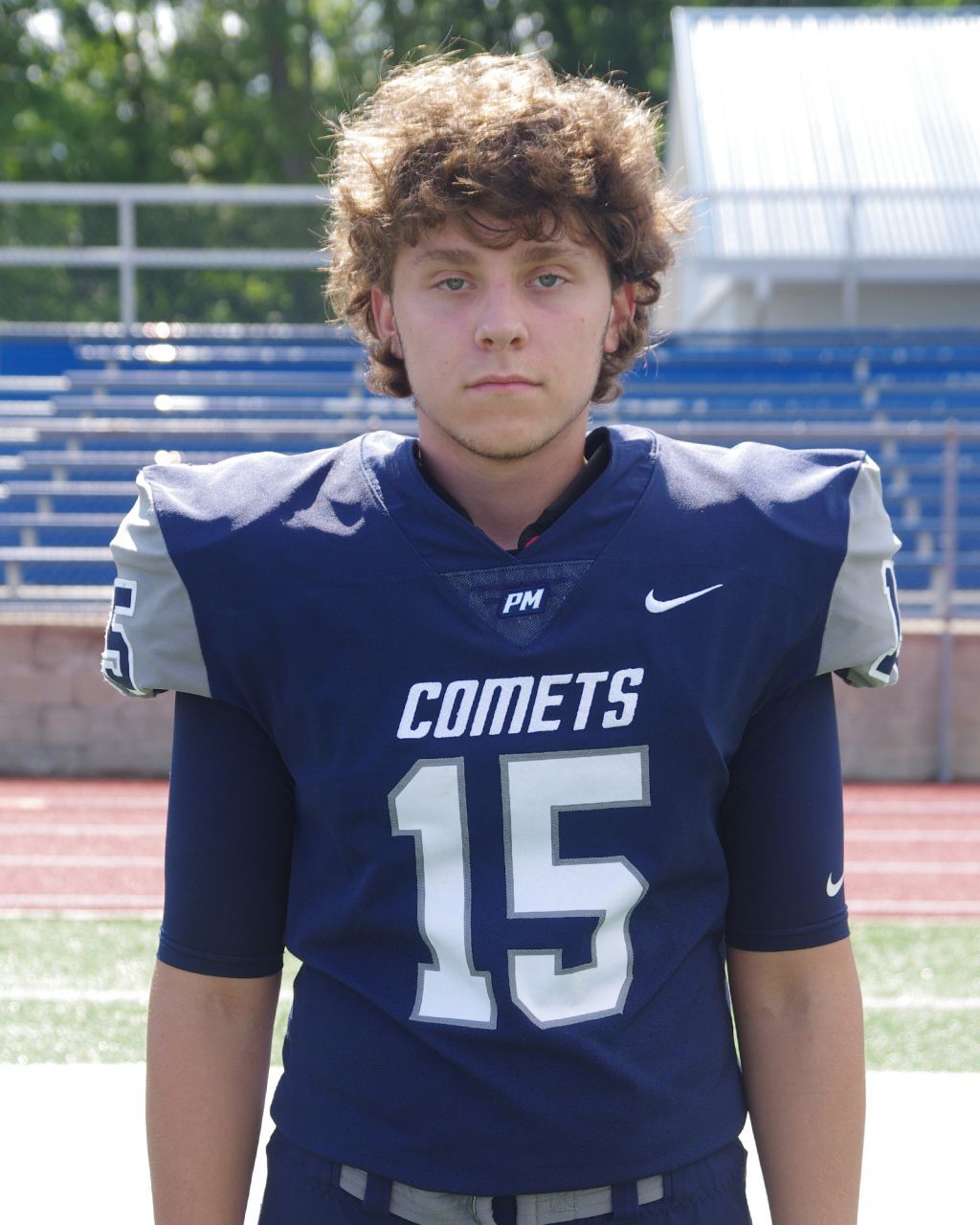 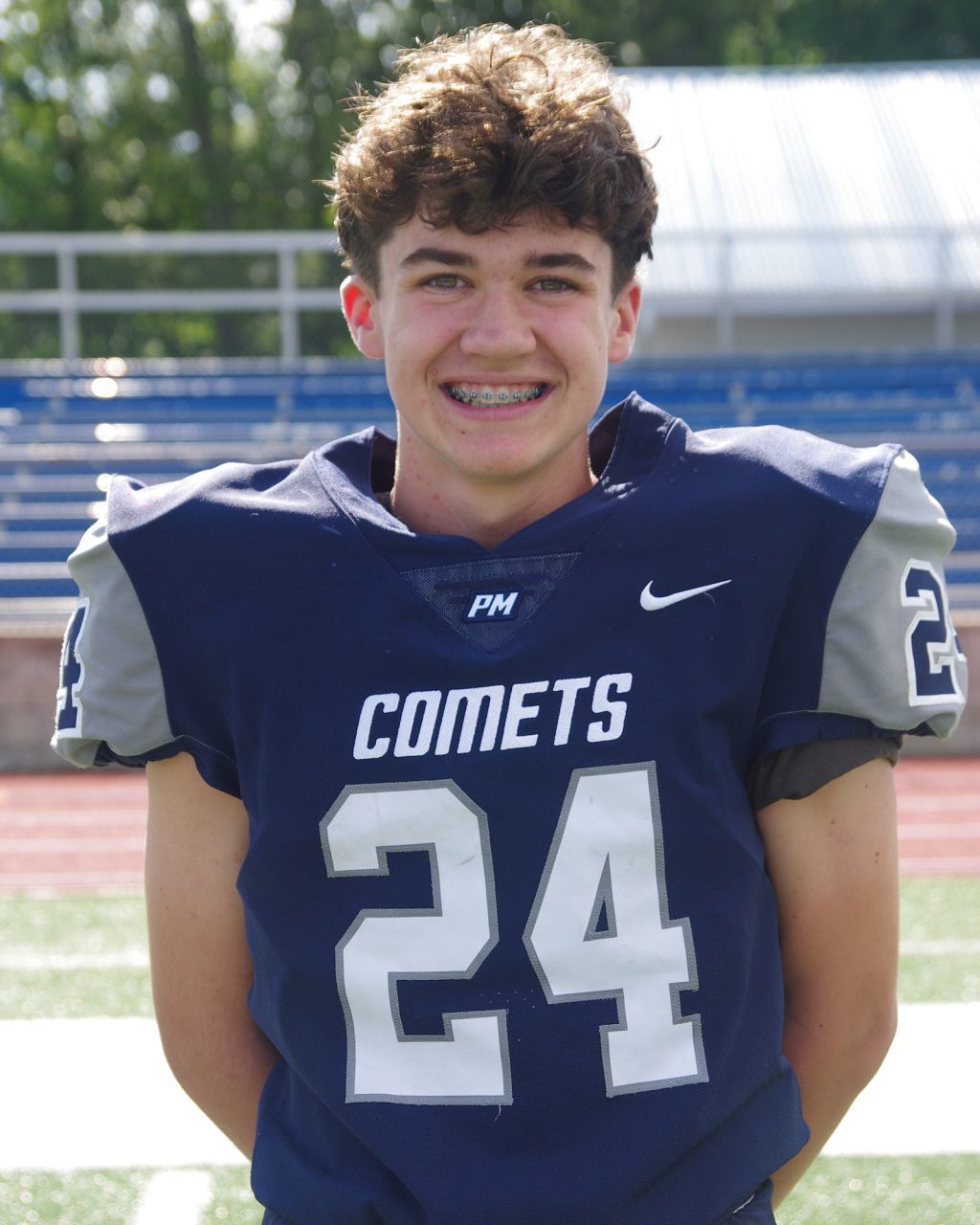 CLAYSBURG — Halloween might have been on Thursday, but it was the second quarter of Penns Manor’s District 6 Class 1A first-round playoff game on Friday night that was the real stuff of nightmares.

In a scoreless tie with host Claysburg-Kimmel after one period, Penns Manor turned the ball over four times in the last eight minutes of the first half, and the Bulldogs turned all four into touchdowns en route to ending the Comets’ season, 45-8.

Penns Manor finished the year 3-8, scoring its only touchdown on a 22-yard pass from Max Hill to Ashton Courvina in the final minute of the second quarter. However, by that point, the fifth-seeded Bulldogs had taken a 32-point lead over the 12th-seeded Comets.

In a season marked by self-inflicted wounds, the season finale fit right in. Playing shorthanded because of injuries, the Comets ended up turning the ball over six times to push their total to the year to 23. They also were flagged for seven penalties.

“Yeah, it was rough,” senior Mike Rizzo said. “They got a couple of those onside kicks, and our defense just let up big plays, and

they took advantage of it.”

The onside kicks actually were hard squibs that bounced off Comet up-men and were recovered not just once but twice by the Bulldogs in the second quarter. Penns Manor had a similar problem with the opening kickoff but kept the ball.

The result was that the Comets barely had the ball after Claysburg-Kimmel opened the scoring on Seth Musselman’s 12-yard run to cap a 13-play, 80-yard drive that started in the first quarter and concluded with 7:43 left in the first half. Penns Manor actually snapped the ball all of twice before the Bulldogs had scored four more touchdowns.

“The stars just aligned,” Claysburg coach Matt Bilchak said after his team improved to 8-3. “We just got the bounces, we got the breaks, we got the stuff that we needed to when we needed.”

Bilchak’s Bulldogs will travel to Saltsburg next Saturday for the district quarterfinals. The Trojans will be drawing an opponent with the ability to build intensity as it capitalizes on its foe’s misfortune. Kobe Harr rushed for a game-high 109 yards and a touchdown and also had a 57-yard reception that led to a Claysburg touchdown. Clayburg-Kimmel quarterback Corey Chamberlain threw for touchdowns of 35 yards to Bush and 25 yards to Zach Claycomb and scored one himself on a 1-yard sneak, and Musselman scored a second time, this one on a 2-yard run.

The running clock kicked in after Bush took an end-around and cut in back straight through a gaping hole in the middle of the line to go 45 yards to the end zone at 9:41 of the fourth quarter.

Ironically, before the flood of giveaways, Penns Manor appeared to be in rather good shape. The Comets took the opening possession to the Claysburg 20, but an incomplete pass on fourth-and-5 halted the drive. After holding Claysburg on the Bulldogs’ first possession, Penns Manor made it to the C-K 33 before stalling; Dimitri Lieb’s punt went into the end zone, and Claysburg got the ball at its own 20 and marched the length of the field, getting a big 27-yard pass from Chamberlain to Bush on third-and-13 from the Comet 39.

“It would have meant a lot to us (to score on one of the first two drives),” Rizzo said. “It would have given us momentum. Our defense needed to step it up, though.”

The Comets dressed fewer than 25 players. Penns Manor’s second- and third-leading rushers, Conner Keith and Kevin Baum, were among those who didn’t play.

“That made it tough,” Packer said.

Eight seniors played their final football games for the Comets.

“To sum up the season, our tackling was not good, we’ve got to get better strength-wise. We have a lot of things to work on (with the young players for next year),” Packer said. “Just too many mistakes.”