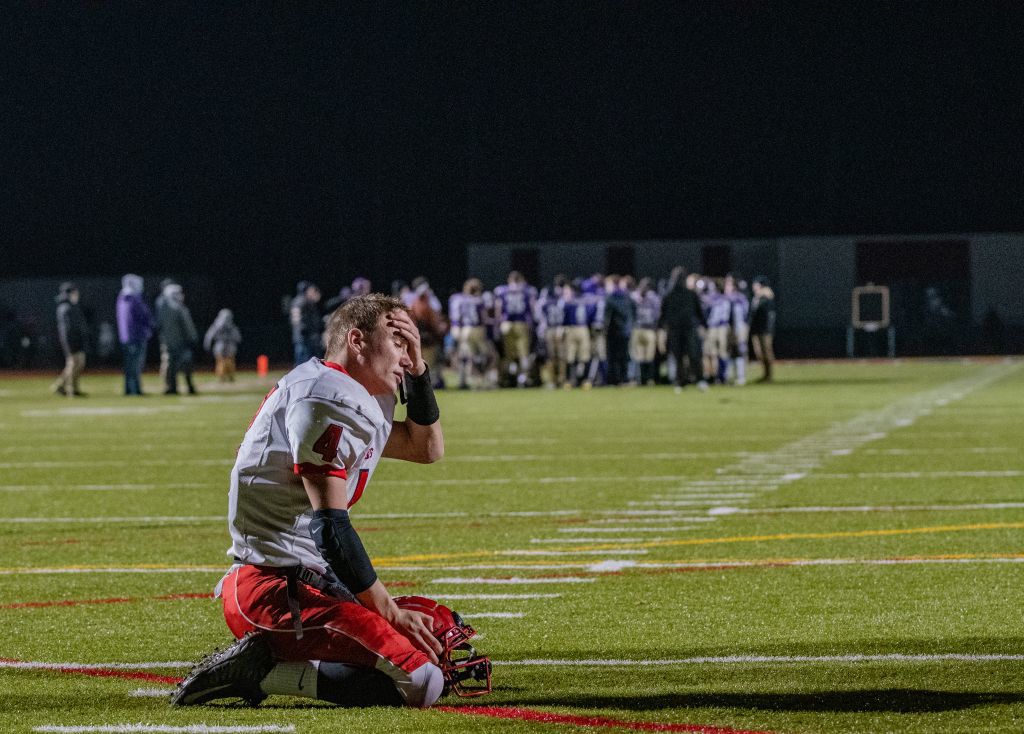 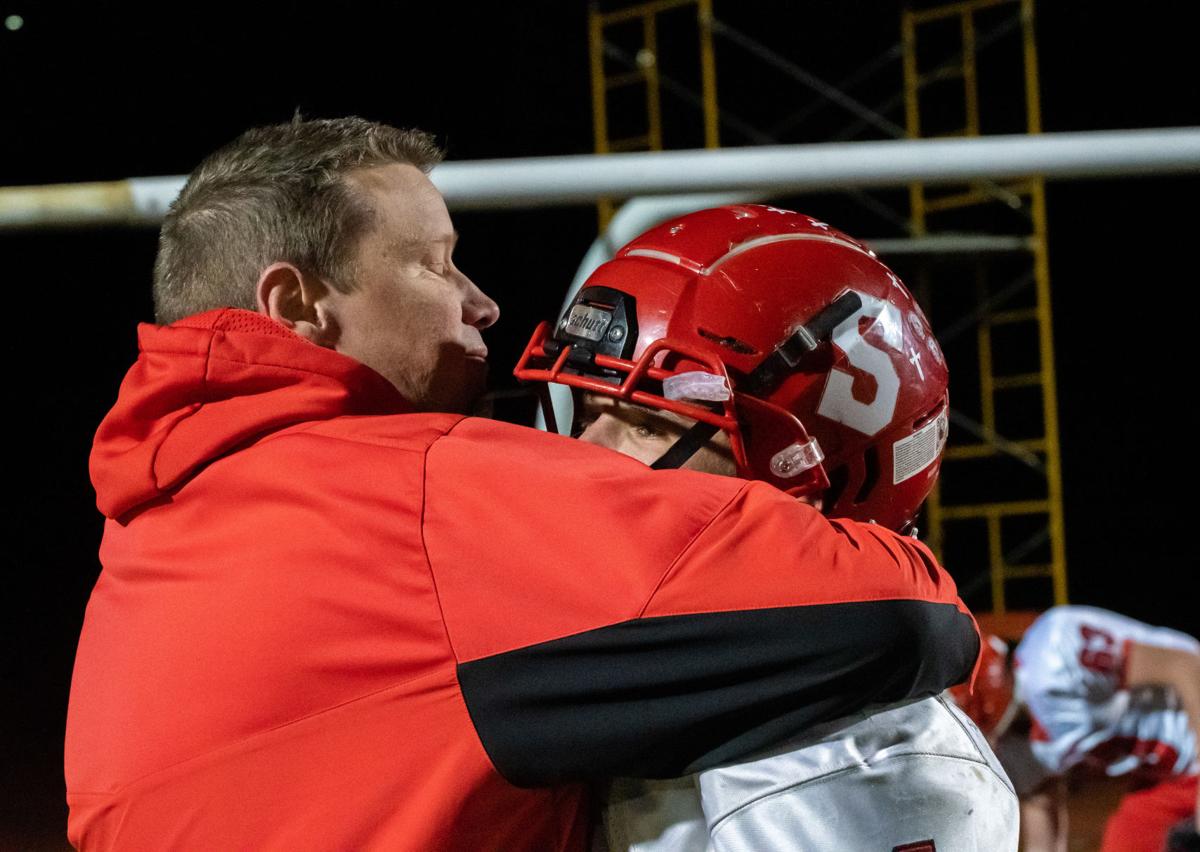 The Trojans had just scored on a 17-yard reception by Nathan Slapinski, and Bishop Guilfoyle’s standout running back, Keegan Myrick, was nothing more than a decoy after suffering a leg injury earlier in the quarter.

Saltsburg (8-3) seemed poised to upset the top-seeded Marauders (10-2) in the final quarter. But Bishop Guilfoyle scored 22 unanswered points in the final 13 minutes for a 47-18 win.

“This one stings tonight a little bit because we were able to come out and play with them for the first half and into the third quarter,” said Saltsburg coach Mike Leasure. “It’s stinging right now, but when you look back at the season, to win eight games, it was just a great season. These seniors, going back to last year, they’ve won a lot of football games. They’re great kids. That’s the main thing. I can’t say enough about these kids.”

The loss ended Saltsburg’s first winning season since 1996 and denied the fourth-seeded Trojans their first shot at a district championship since 1991. But the season will long be remembered for returning pride to the program and the community.

“It all goes back to when we were 7 years old and learning to play this game,” said quarterback Josh Gibbons, one of eight seniors on the field for the last time as Trojans. “All the way up, we told ourselves that this was the year we’d come out and make something happen, our senior year.

“Last year, we made the playoffs. That helped build for this year. This year, every practice we came out ready to go. There was no slacking. Coaches put up a good game plan every single week and the guys came out and executed. It was a just a fun season, coming out and playing with these guys.”

Gibbons completed 9 of 21 passes for 151, and scored a rushing touchdown. But after the Slapinski touchdown with 3:42 left in the third quarter, the Trojans lost 12 yards on nine plays in three possessions ending in an interception, a fumble and a punt.

The Marauders answered Slapinski’s score when running back Cooper Rother took a pitch off the wing on second-and-16 and galloped 42 yards, then added another 15 two snaps later to set up a 3-yard scoring run by Zach McCloskey with 1:00 left in the third quarter.

“That (42-yard run) hurt us right there,” Leasure said. “If we make a stop there, it could have been a different football game. But give them credit. They’re a tough team. They’re physical, they’re bigger, they’re stronger.”

A bad exchange in the Saltsburg backfield was recovered by Guilfoyle defensive tackle Cameron Maloney at the Saltsburg 2, and Rother’s touchdown run on the next play all but sealed the win for the Mauders at 40-18 with 9:16 left in the fourth quarter.

Myrick, who gained 144 yards on 18 carries, staked Guilfoyle to the first lead with a 23-yard touchdown catch, thrown by quarterback Sam Homan on the team’s first possession.

“It was our game plan to stop (Myrick), but we knew we couldn’t do all night,” Leasure said.

Saltsburg responded with an 11-play, 68-yard drive that featured 20 rushing yards by Gino Bartolini. Gibbons made the biggest gain on a 25-yard keeper, and an 11-yard pass interference call took the Trojans to the Guilfoyle 12. Gibbons capped the drive on 1-yard sneak over the right side, and Colin Roessler’s kick gave Saltsburg its only lead.

Myrick scored on a 7-yard run early in the second quarter to take back the lead, giving Guilfoyle points on its first two possessions, but the Trojans finally made a stop on the Marauders’ third try. Homan failed to connect with wide receiver Ryan Negola on a fourth-and-11 pass.

The stop gave Saltsburg its first real opportunity to seize momentum. The Trojans came back 58 yards in the other direction on 11 plays but just ran out of time. Roessler booted a 30-yard field goal on the last play of the half to cut Guilfoyle’s lead to 14-10.

Myrick ran the ball on four straight plays to open the second half and scored on a 22-yard run. Myrick gained 20 yards on his next run after Gibbons was stopped short on a fake punt run, but he suffered a leg injury on the play.

The Marauders held the Trojans to just 111 rushing yards, led by Gino Bartolini’s 50 yards, less than one week after Angelo Bartolini ran wild on Claysburg-Kimmel for 203 yards.

Saltsburg also hurt its own cause with seven penalties for 60 yards in the second half alone. The Trojans finished with 11 penalties for 80 yards.

Gibbons topped 2,000 passing yards for the second straight season and ended his career with 6,509, an area record.