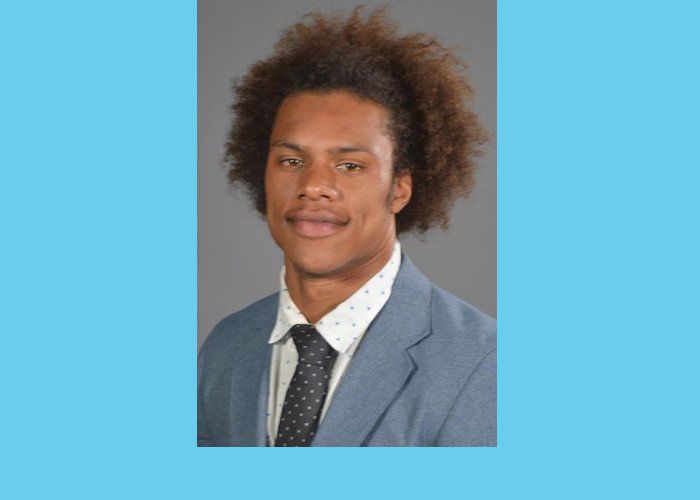 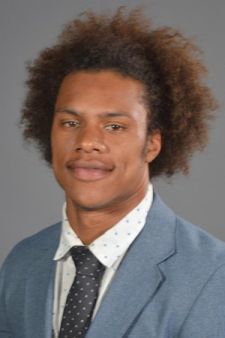 Max Redfield sees himself as a budding man of the world, so it made sense for him to stay in Italy — even if it is one of the most dangerous places on earth right now.

Redfield, who played one standout season of football in 2017 at Indiana University of Pennsylvania, has been living in Florence, Italy, the past five months. A contract to play professional football took him there, but the urge to help during the coronavirus pandemic, as well as a sense of belonging, kept him there.

“I’m doing well,” he said. “I’m making the most of this situation. Our season got canceled, so I’m doing ambassador work for our team and trying to be productive to help any way I can.”

Redfield signed with the Firenze Guelfi last fall as one of the three foreign players each team in the Italian Football League can have. The other two were Mike Pietropola, who also starred at IUP (2015-18), and Aeris Williams, a former star running back at Mississippi State.

The Guelfi held their training camp and three scrimmages in February, but COVID-19 soon took over the country. On March 9, the IFL suspended operations, and on April 14 it canceled the season.

According to the World Health Organization, there have been more than 170,000 reported cases of COVID-19 in Italy, with nearly 23,000 deaths.

“Honestly, the situation in the United States seems a lot worse,” Redfield said. “At the time, I didn’t know what the situation would be like in the U.S. because (the virus) was just starting to spread there.”

He said he weighed all his options before making the decision to stay.

“I thought, Do I want to be quarantined in a foreign country? A black man in Italy?” he said. “Different things like that came up in my mind, but I thought I’d be fine as long as I follow the rules and put my energy and attention where they need to be.”

Redfield, who earned a bachelor’s degree in philosophy with a minor in Chinese from Notre Dame, has aspirations of a career in international business, and he realized staying in Italy would be a good way to get involved in that world. He knew medical supplies there were in high demand, so he made a connection with a mask manufacturer in China, and he said he arranged to have masks sent to hospitals in Italy and the United States, and soon, Spain.

“That’s one of the reasons I came here,” he said. “I wanted to get into international business, and this was also a good way to help people who need it.”

Redfield didn't have to go to Italy to play professional football. He was picked up by the D.C. Defenders in the XFL draft last fall, but he felt a change of scenery would do him good.

The last real positive experience he had in football was at IUP. After he transferred from Notre Dame, he helped guide the Crimson Hawks to a 13-1 record and the NCAA Division II Super One Region championship.

“It was a whole different shift in experience for me,” he said. “All the coaches were on the same page. They wanted the best for me. That was something that was completely different. And we had great success.”

After the season, Redfield had only one NFL team (Oakland) show interest in him, and he didn’t make the roster after a weekend tryout in the spring of 2018. He said he was told some of his coaches from many years prior had called the Raiders and given Redfield negative reviews.

“There were different people calling them to speak badly of me,” he said. “They said it was nothing that impacted their decision, but it was unusual. But I don’t like to talk about that too much. It’s bringing energy to the past and not enough on my future.”

Redfield landed with the Alliance of American Football, a startup league, in 2019. He played eight games with the Birmingham Iron before the league folded. From there, he continued to train, but he realized his future was elsewhere, and Italy was a good fit.

“I’m someone who wants the best for everybody and does everything I can to maintain my peace of mind and contribute any way I can,” he said. “Being here is a different experience that resonates more with me.”

Redfield chose to stay in Italy after the season was canceled despite not getting paid anymore. The money wasn’t good anyway — 400 Euros (approximately $435 American) per week — especially considering he was making $7,000 a week when he played in the AAF.

Italy is still under quarantine, so Redfield can’t leave his rental house unless it’s necessary. But he has found other ways to stay productive.

Outside of business, he has done some modeling work, and he said he has finished writing two books and is in talks with publishing companies to print them. He’s dabbled in recording music and writing poetry, and he’s also teaching himself to speak Italian — “Conversationally, I can get around,” he said. When he’s not feeding his creative side, he’s staying in shape by working out, meditating and doing yoga.

Redfield has found a home, and it’s halfway around the world.

“This is an opportunity to recreate myself,” he said. “I get some crazy looks walking down the street, but in general, it’s a culture that’s more in tune with their feelings and they get to know a person and their personal relationships, rather than focus on the consumer machine. They love to meet people. Their lives are structured around that. I really like that.”